Climbing out of the deep archives again for today’s entry into the Countdown, we’re going to reach back over four decades.   Taking a look at a 1973 Halloween candy sales brochure from the Curtiss Candy Company, best known for their Baby Ruth and Butterfinger bars (now produced by Nestle), I think you’re really going to dig it.  Make the jump to check it out.

The following over-sized brochure was created primarily for candy salesmen and distributors so most consumers would have never seen it.  Yet today, it stands as a wonderful artifact and another rare glimpse into our shared confectionery past.  CollectingCandy.com is the only place you’ll find this stuff, so without further ado, lets get to it! 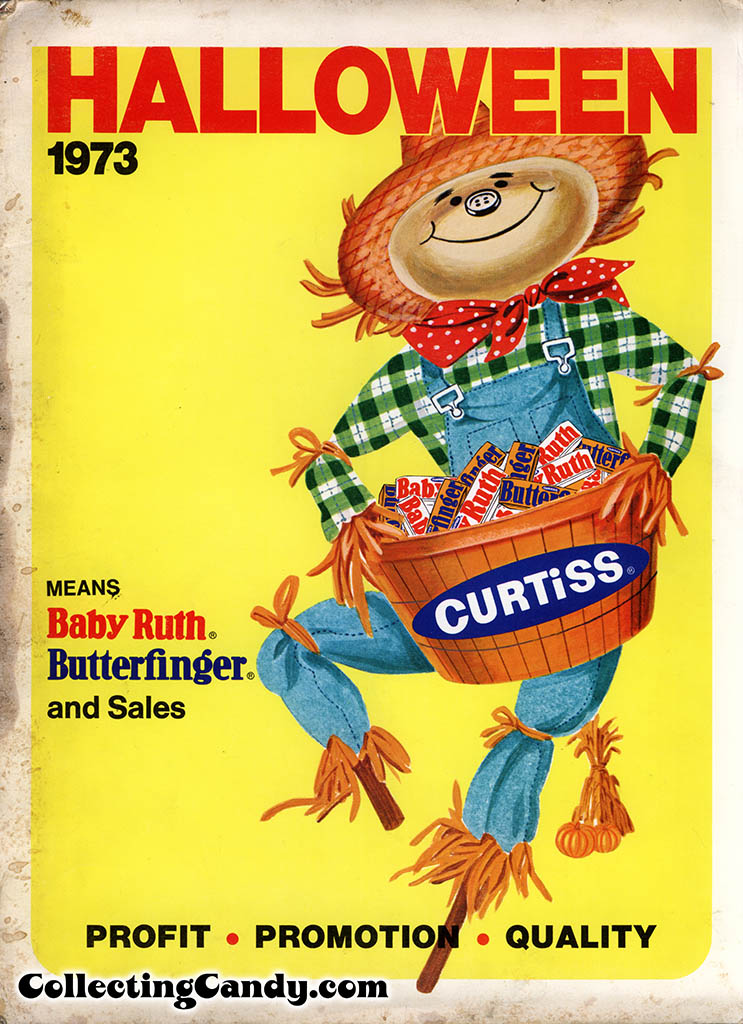 The brochure was designed with overlapping pages that would flip up to reveal single tall presentations of promotional product lines. 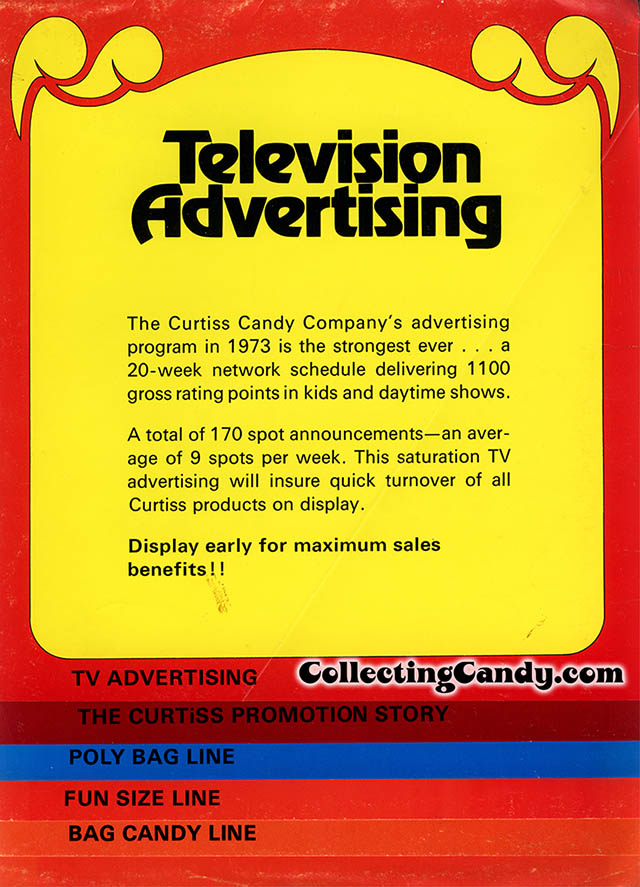 I love the Baby Ruth and Butterfinger Jrs. packages shown on that page, and while I don’t have any of those snazzy multi-packs in my archives, I do have a set of the Junior bar wrappers themselves: 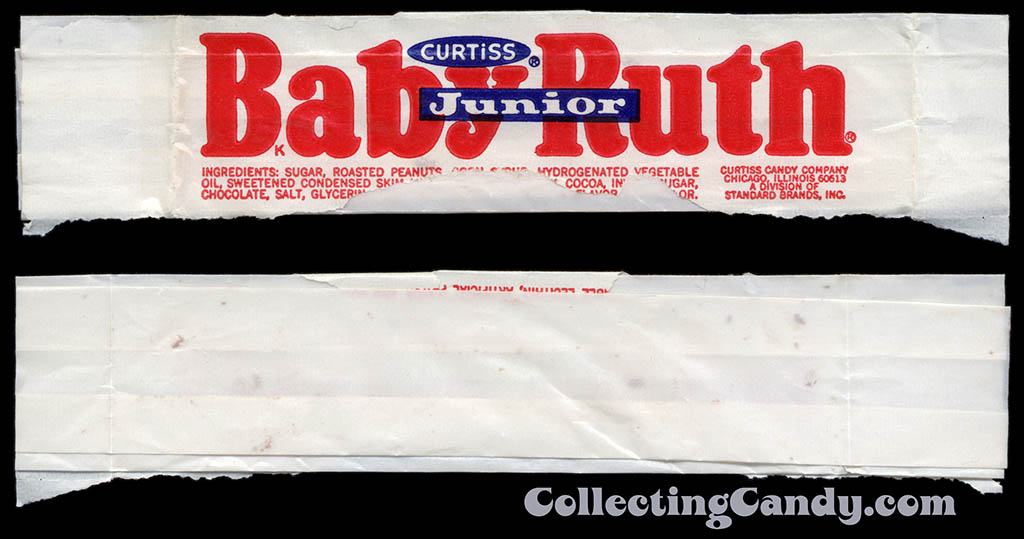 Love the Saf-T-Pop multipack shown on that page: 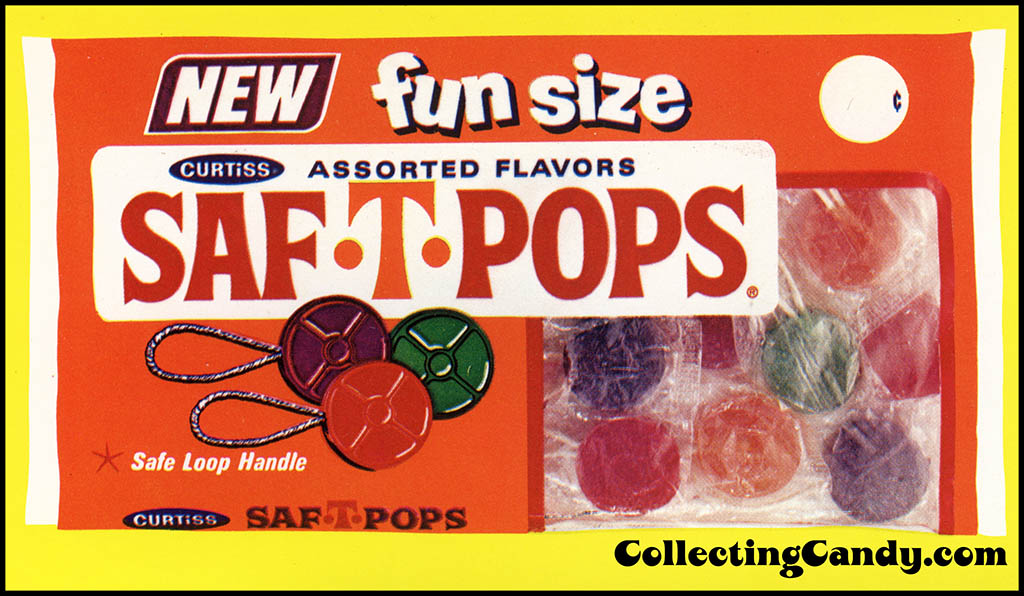 Curtiss Chewees and Choco Logs are two delightfully-named products that I thought deserved to be highlighted: 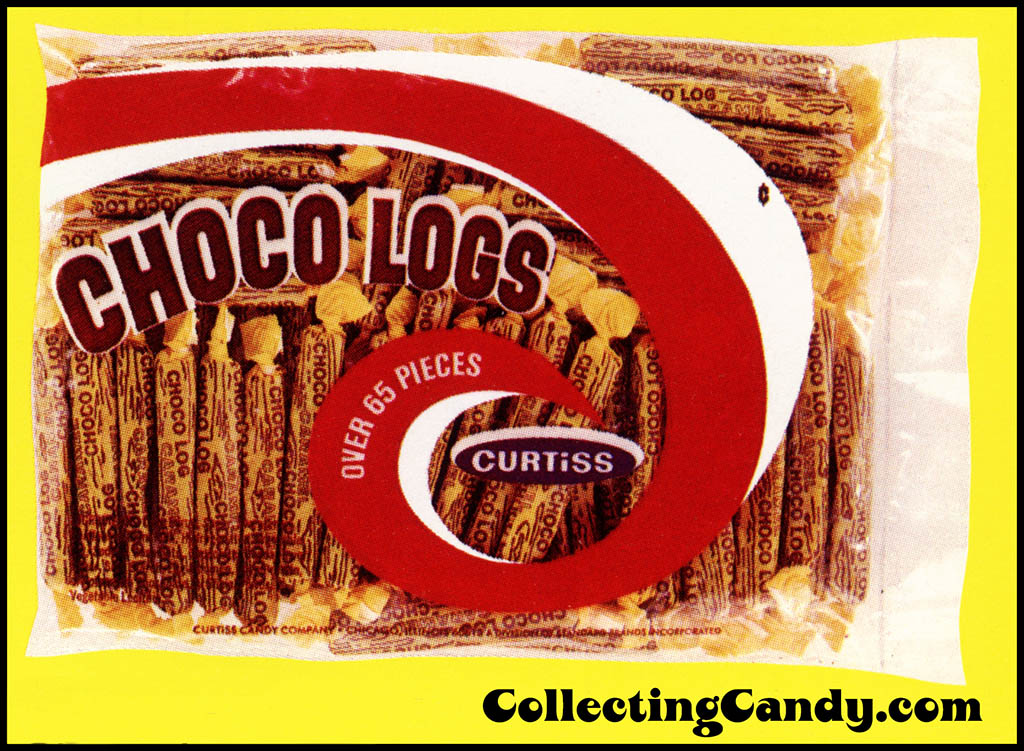 How great is that Halloween candy shopping scene? 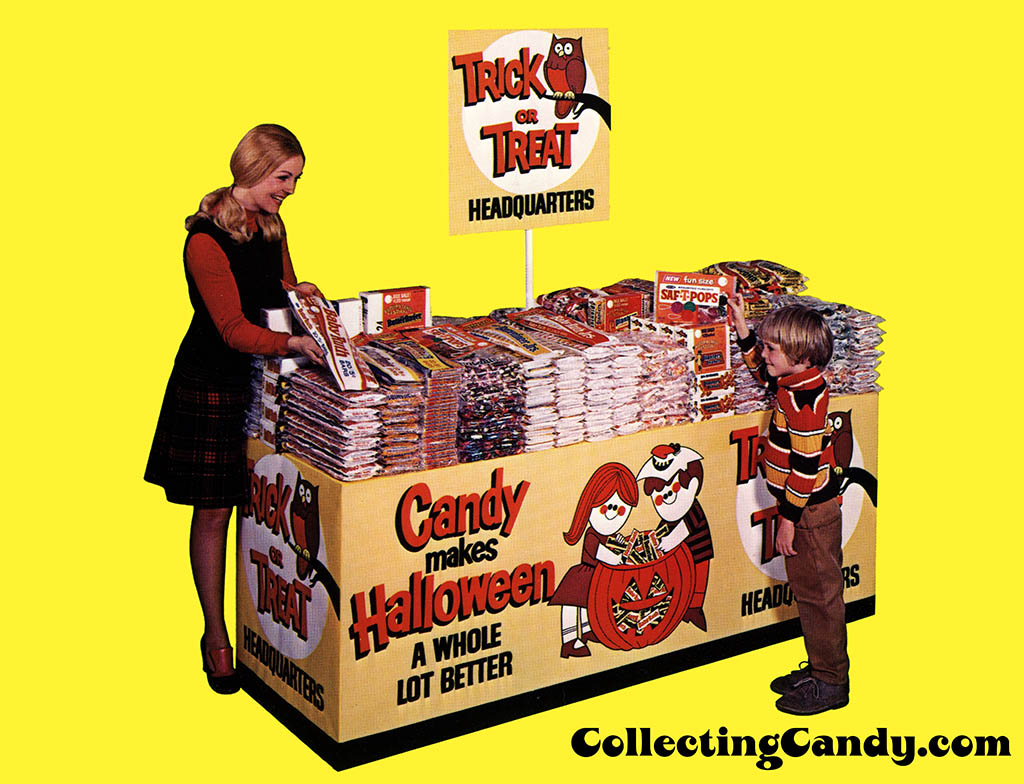 The back inside and outer cover wrap up the brochure with a product ordering table along with some handwritten notes that a distributor or salesman must have made those many years ago. 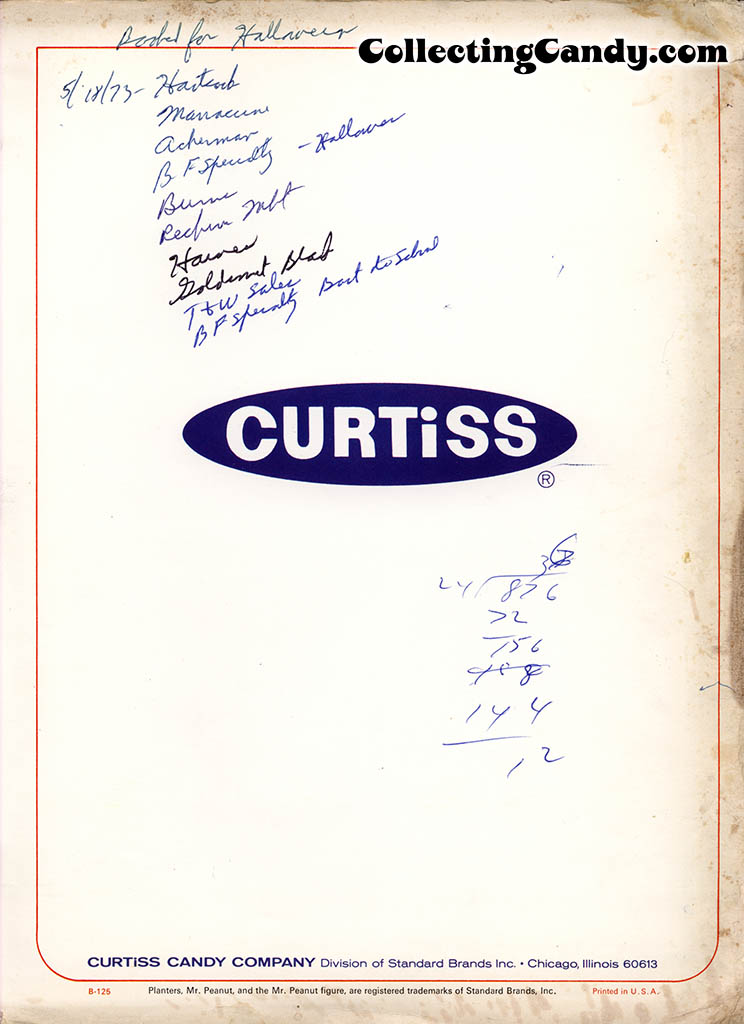 That’s the end of the brochure and that’s everything I’ve got to share on it.  It’s a piece I’m so happy to have uncovered and so thrilled to be able to share today for the Countdown.  I hope you’ve enjoyed the look. 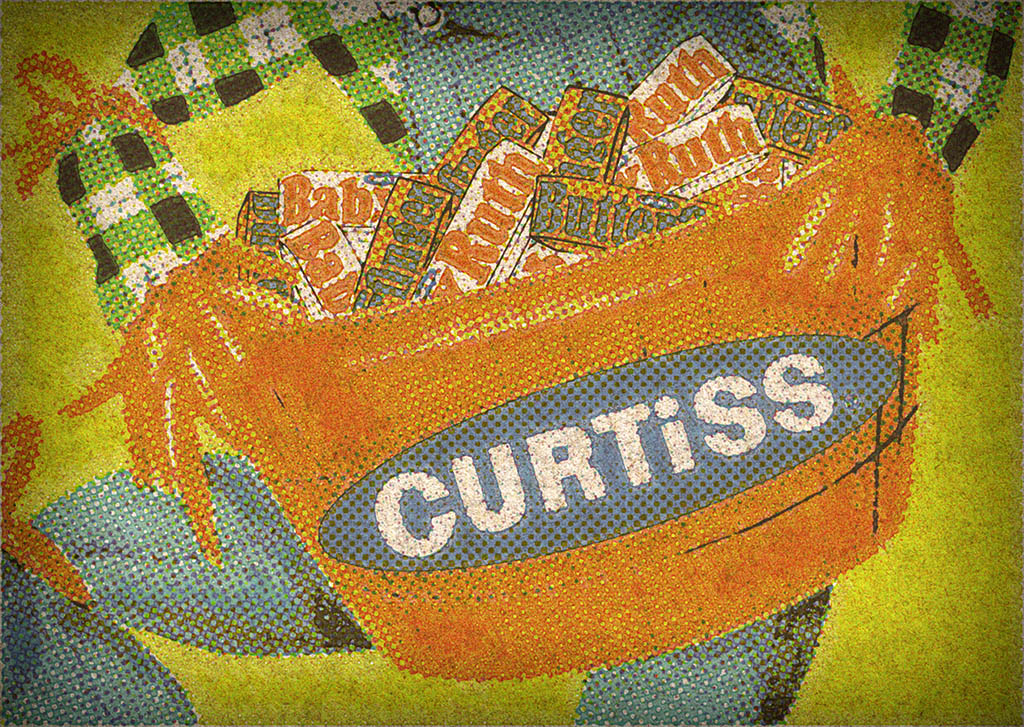 A New York City based writer, editor and sometimes actor. After spending much of the 1990′s in the comic book business helping tell the stories of Marvel Comics’ X-Men as series editor, he has since split his time between developing his own entertainment properties while still consulting and working on others. Having been described as “the Indiana Jones of lost and forgotten candy”, Jason is one of the country’s premier candy collectors and historians with his discoveries appearing in countless blogs, magazines, newspaper articles, and books. Always happy to share his knowledge and unique perspectives on this colorful part of our popular culture, Jason has consulted with New York’s Museum of Food and Drink and has also been a featured guest on Food Network’s Heavyweights, France’s M6 Capital, and New York’s TheActionRoom.com. My Google Profile+
View all posts by Jason Liebig →
This entry was posted in 1970's, CountdownToHalloween, Halloween, Holiday and tagged 1970's, 70's, 70's candy, Baby Ruth, Butterfinger, candy collecting, candy collection, candy collector, candy wrapper collection, candy wrapper collector, collectible, collecting candy, confectionery, confections, Curtiss, Halloween, Halloween candy, packaging, packaging design, Standard Brands, sweets, vintage candy wrappers, wrapper. Bookmark the permalink.