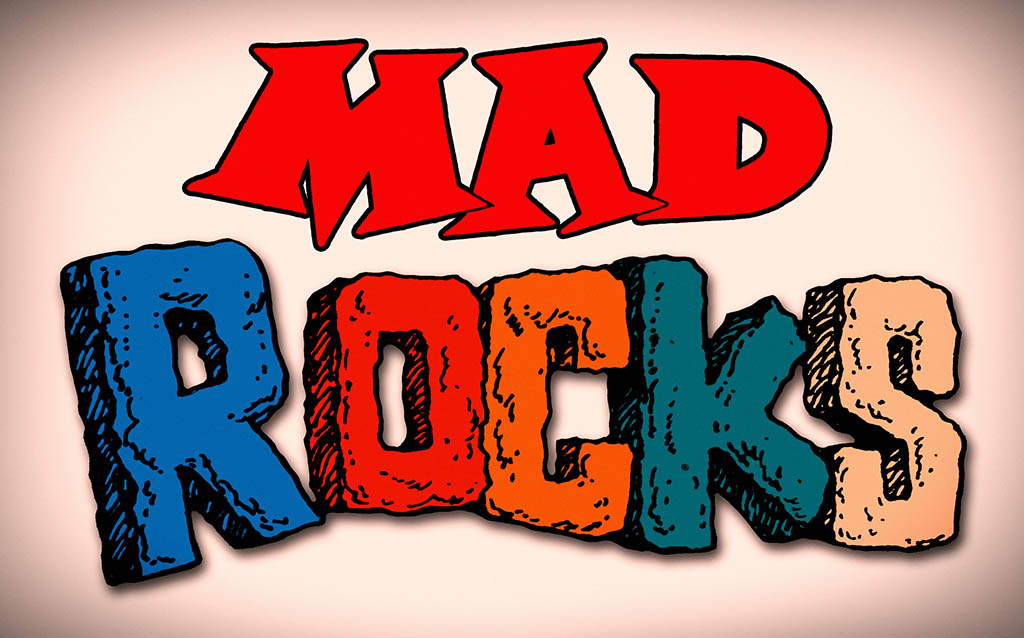 Following in the footsteps of products like Topps/Bazooka’s Gold Rush and Leaf’s Gravel bubblegum, Mad Rocks was a late 1970’s bubblegum product that, up until a few months ago, I’d never heard of.   Make the jump to check it out!

Mad Rocks was brought to market courtesy of the Philadelphia Chewing Gum subsidiary Swell and was sold in individual cellophane packages.  Here’s the example I recently acquired and the one that illuminated me to the brand’s existence: 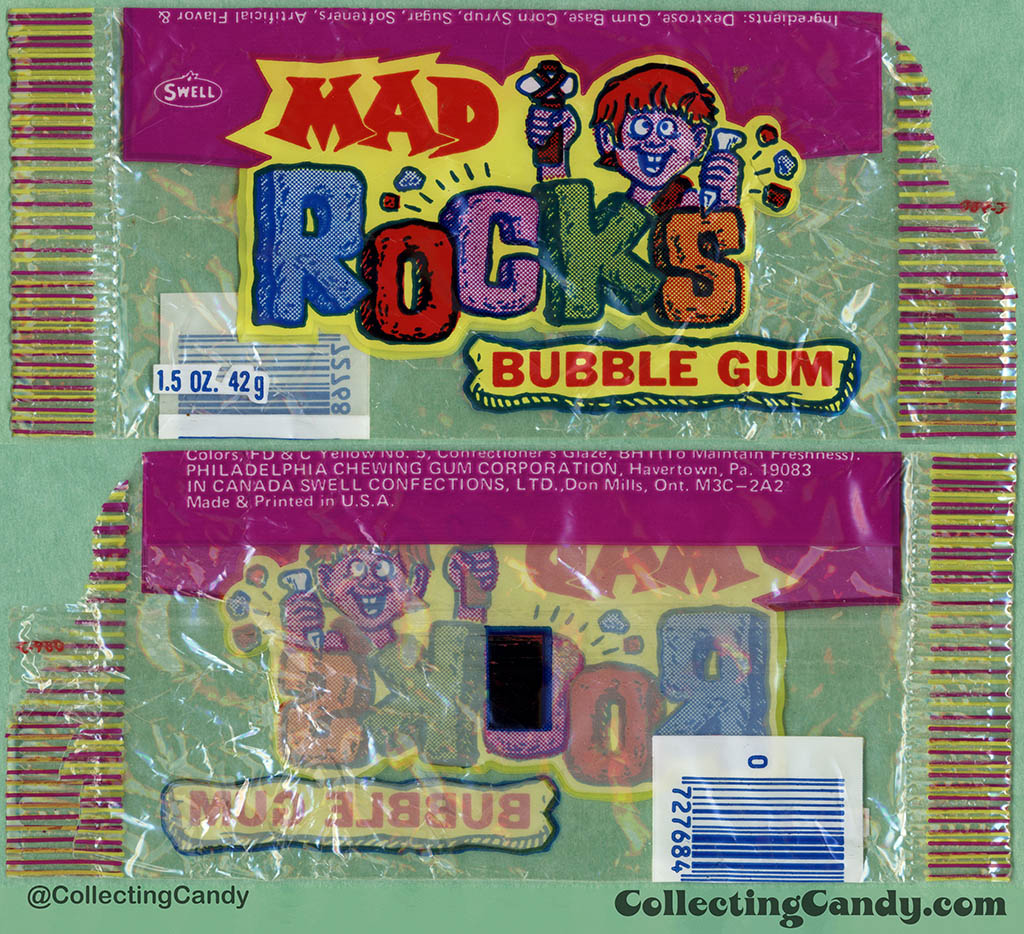 It’s a neat little package featuring a fun caveman mascot and illustrated chiseled-rock logo.  The gum itself was of the pebble-style made popular by Gold Rush gum and later copied by several other manufacturers.

Beyond that individual retail package, Mad Rocks also saw distribution via the vending trade as evidenced by the following vending machine insert card: 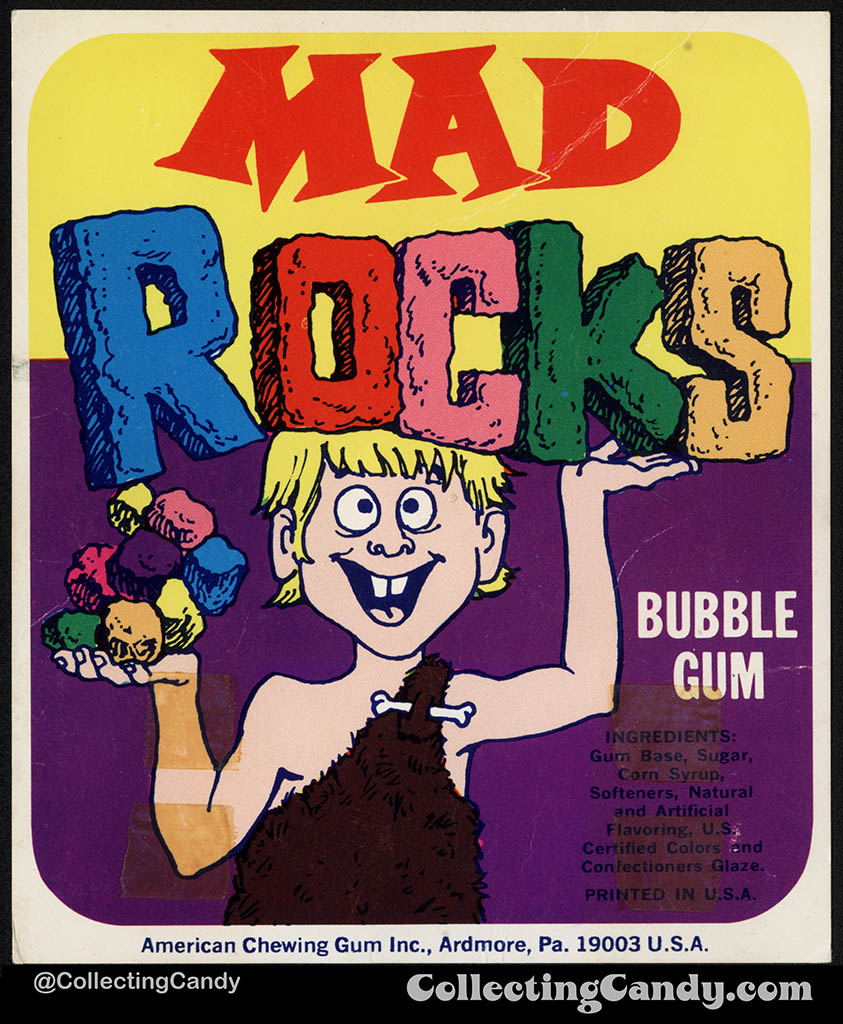 The mascot and logo remains in place for the vending version of the product.

I suspect that Swell/American distributed this product under different names later on and if I ever find clear evidence of that, I’ll add that info here.  For now this is all I’ve got to share on this previously-unknown bubblegum brand.

So it ends up being a short post for today but one that adds this delightful brand to the confectionery historical record.  If anyone out there remembers Mad Rocks bubblegum, I’d love to hear about it.  Let us know in the comments below.  And that’s everything for today.  See you next time! 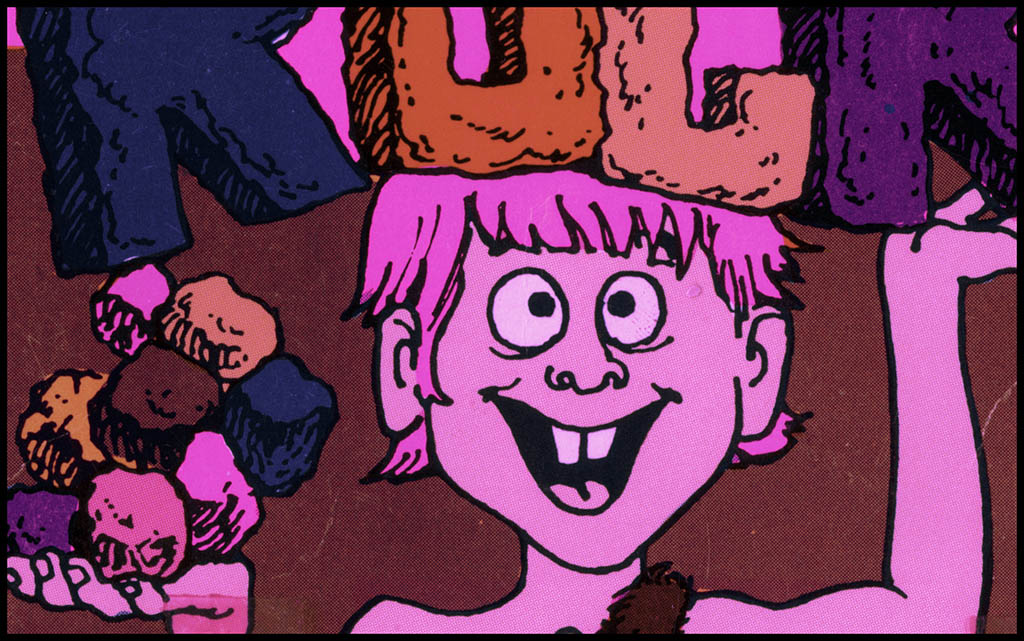 A New York City based writer, editor and sometimes actor. After spending much of the 1990′s in the comic book business helping tell the stories of Marvel Comics’ X-Men as series editor, he has since split his time between developing his own entertainment properties while still consulting and working on others. Having been described as “the Indiana Jones of lost and forgotten candy”, Jason is one of the country’s premier candy collectors and historians with his discoveries appearing in countless blogs, magazines, newspaper articles, and books. Always happy to share his knowledge and unique perspectives on this colorful part of our popular culture, Jason has consulted with New York’s Museum of Food and Drink and has also been a featured guest on Food Network’s Heavyweights, France’s M6 Capital, and New York’s TheActionRoom.com. My Google Profile+
View all posts by Jason Liebig →
This entry was posted in 1970's, 1980's, Bubble Gum, Gum and tagged 1970's, 70's, bubblegum, candy collecting, candy collection, candy collector, candy wrapper collection, candy wrapper collector, collectible, collecting candy, confectionery, confections, Gold Rush, packaging, packaging design, Philadelphia, Philadelphia Chewing Gum, sweets, Swell, vintage candy wrappers, wrapper. Bookmark the permalink.