New for 2015: Cost Plus World Market’s Halloween Bridebar and Frankenbar! 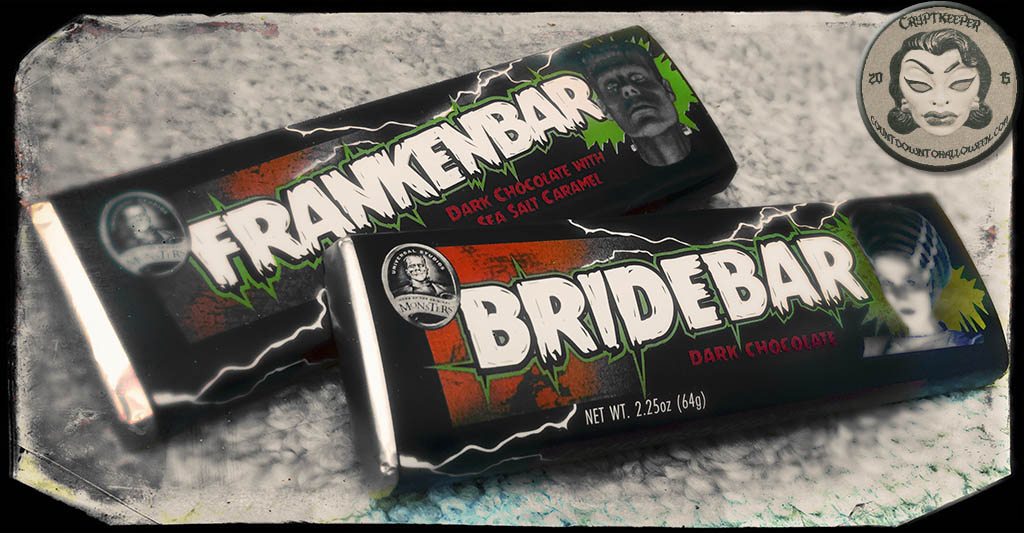 Though I haven’t written much about them here, Cost Plus World Market carries a wonderful breadth and depth of candy products at their stores. [Note: I have devoted an episode of The Candy Geek to a visit to Cost Plus’ wonderful candy section.]  Not only does World Market carry a great selection of “retro” candy but they also have a nice array of imported treats.  What I didn’t expect out of World Market was that they’d put out a pair of cool, fully-licensed Universal Monsters chocolate bars.   Make the jump to check them out!

I first heard about these bars when a friend from California informed me that he’d seen “Universal Monsters bars” at his local World Market last month.  That piqued my curiosity and had me visiting the Cost Plus website to find the bars in question listed, but that they weren’t available online.  And while I do have a Cost Plus World Market a little over an hour away from me here, I wasn’t going to be able to make the journey.

Fortunately, our friends at CollectingCandy.com’s Ann Arbor, Michigan office saved the day (thanks, Sid and Kelly!) as they were able to locate the bars and get them shipped to me here in New York. 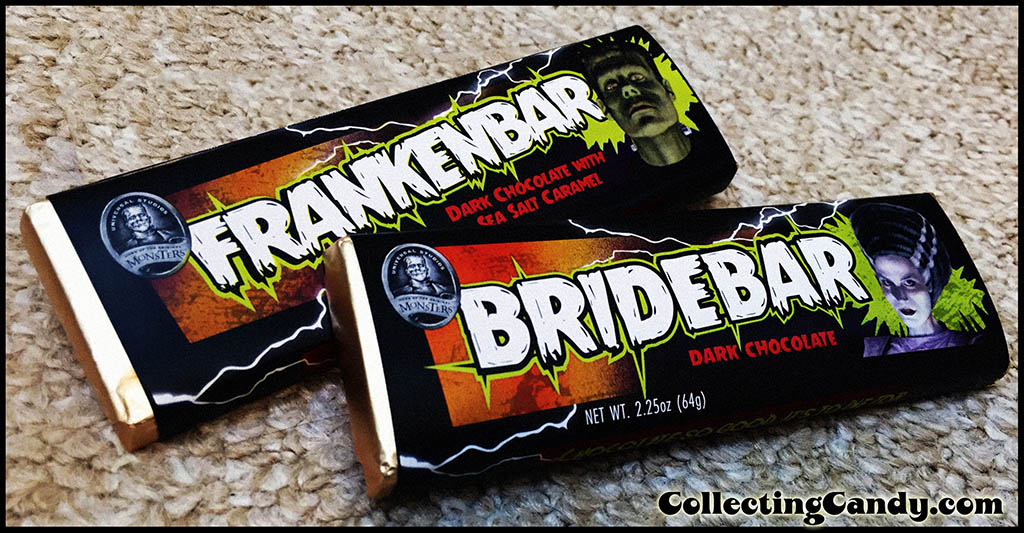 Produced exclusively for World Market by well-established chocolate maker Hammond’s, the wrappers for the bars feature fantastic graphics of Frankenstein’s Monster and the Bride of Frankenstein. 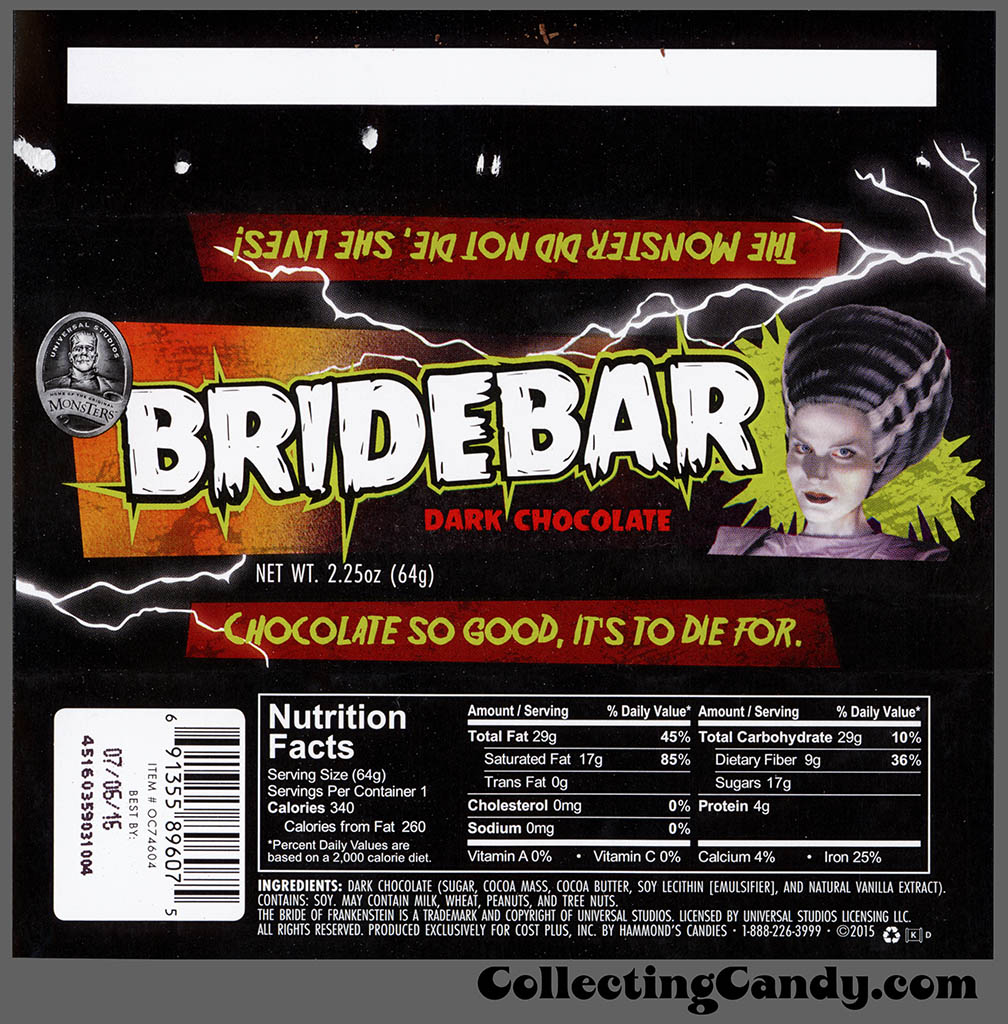 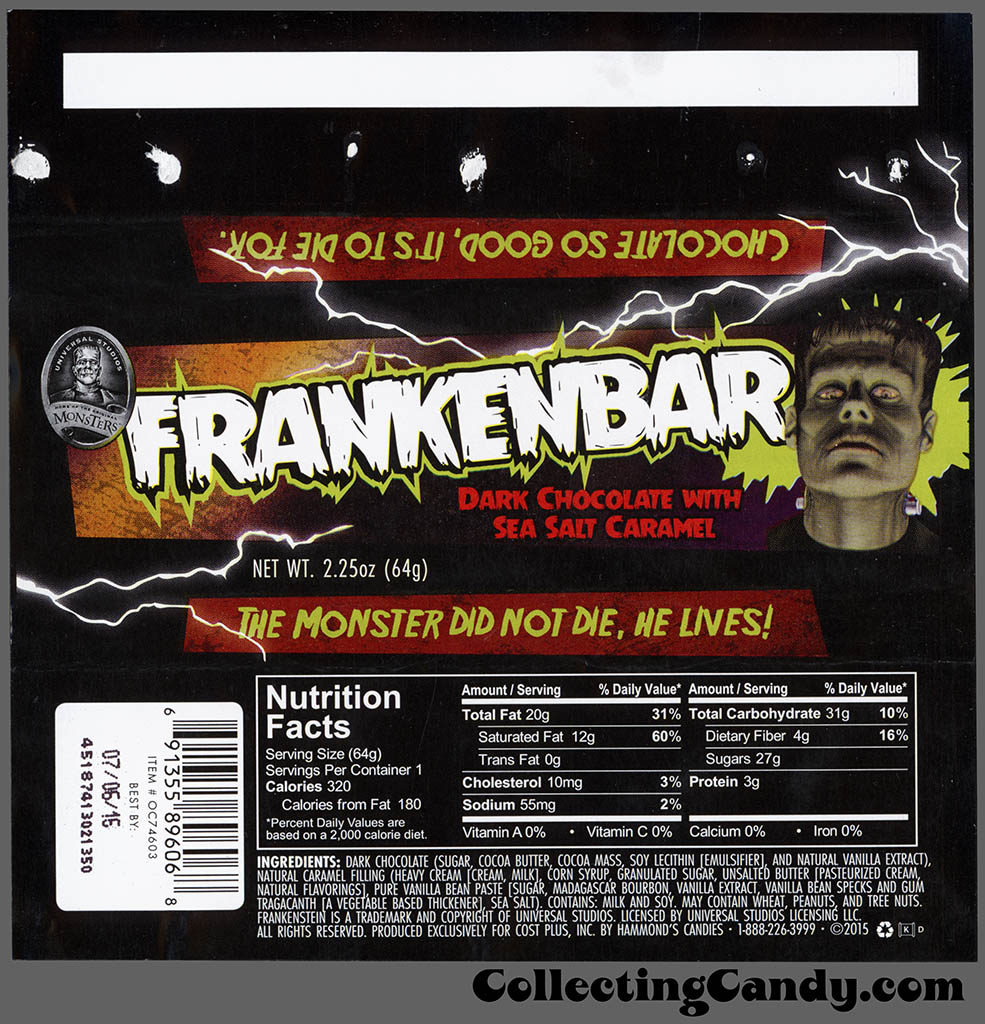 I’m a fan of the classic Universal Monsters, especially Frankenstein’s Monster, so I dug these right away.  I think they did a great job on them, too.  Beyond those two chocolate bars, Cost Plus World Market was also offering this package of Franken Bites. 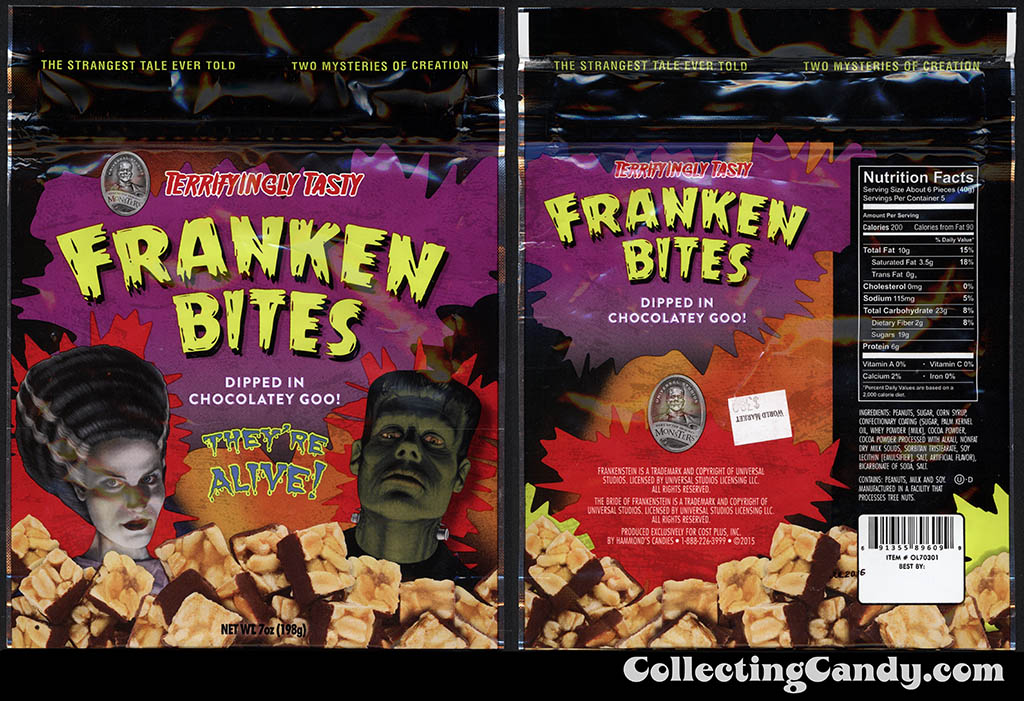 It was a pleasant surprise to find these exclusive Halloween offerings in such an unexpected retail location.  Great stuff!

And that’s everything I’ve got to share on Cost Plus World Market’s Halloween Frankenbar and Bridebar.  See you next time!

A New York City based writer, editor and sometimes actor. After spending much of the 1990′s in the comic book business helping tell the stories of Marvel Comics’ X-Men as series editor, he has since split his time between developing his own entertainment properties while still consulting and working on others. Having been described as “the Indiana Jones of lost and forgotten candy”, Jason is one of the country’s premier candy collectors and historians with his discoveries appearing in countless blogs, magazines, newspaper articles, and books. Always happy to share his knowledge and unique perspectives on this colorful part of our popular culture, Jason has consulted with New York’s Museum of Food and Drink and has also been a featured guest on Food Network’s Heavyweights, France’s M6 Capital, and New York’s TheActionRoom.com. My Google Profile+
View all posts by Jason Liebig →
This entry was posted in Chocolate, CountdownToHalloween, Halloween, Holiday and tagged Bride of Frankenstein, candy collecting, candy collection, candy collector, candy wrapper collection, candy wrapper collector, collectible, collecting candy, confectionery, confections, Frankenstein, Frankenstein's Monster, Halloween, Halloween candy, packaging, packaging design, sweets, Universal Monsters, vintage candy wrappers, wrapper. Bookmark the permalink.

2 Responses to New for 2015: Cost Plus World Market’s Halloween Bridebar and Frankenbar!