Jumping back to the mid-1970’s for today’s Countdown-to-Halloween post, I wanted to share a pair of vintage ads promoting Halloween treats from Nestle.  Make the jump to check them out!

The ads I’ll be sharing today were newspaper ads, or in the case of today’s examples, were the proofs of what would be newspaper ads.  What I have to share are file copies of the ads in question, that originated out of the ad agency of Leo Burnett.  These file copies are remarkable in that they were printed from the original setups and unlike newspaper ads clipped from actual newspapers, these tend to have much better print quality and visual fidelity. 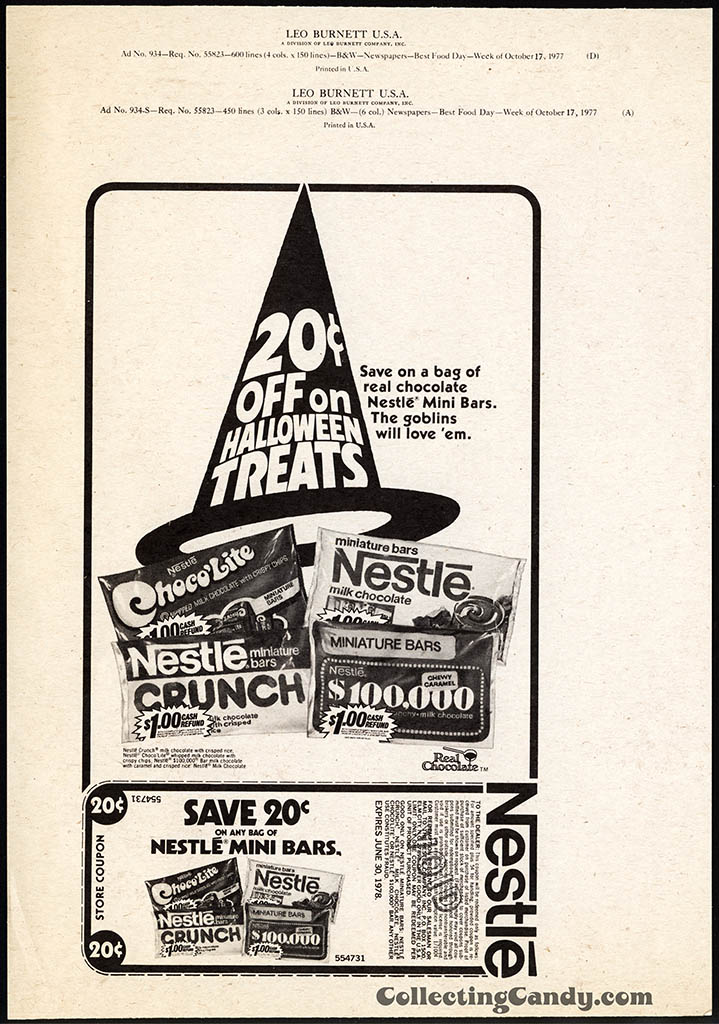 Note the Leo Burnett publication information included at the top of the sheet.  This indicated where and when the ad was meant to be used.  Here’s a closer look:

And here’s the other ad proof from these files: 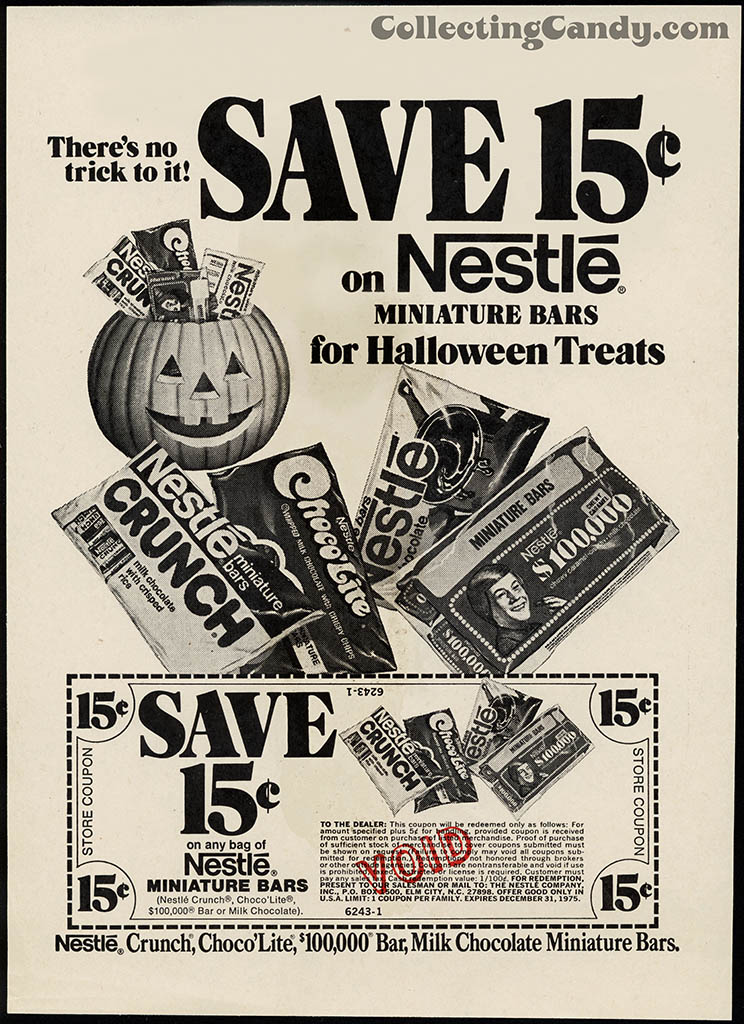 You’ll note that both coupons are marked as “void”, since these were both not meant to serve as actual ads (or coupons).  Much like the 1973 Leaf brochure I showed a few days ago, this Nestle promotion focuses on what appear to be all-year-round multipacks of miniature bars.  It’s easy to imagine that the Halloween season made for the biggest sales period for these types of offerings.

[Note: Eagle-eyed CollectingCandy.com reader D. Heine pointed out that there’s a mid-1970’s Nestle TV commercial on YouTube that ties in perfectly to today’s post so I’ve included it for viewing below.  Thanks, D!]

I didn’t want to leave this post without any color, so I dug through my archives to find wrapper examples that matched up with the miniature bar packs offered on these two ads.  Here they are! 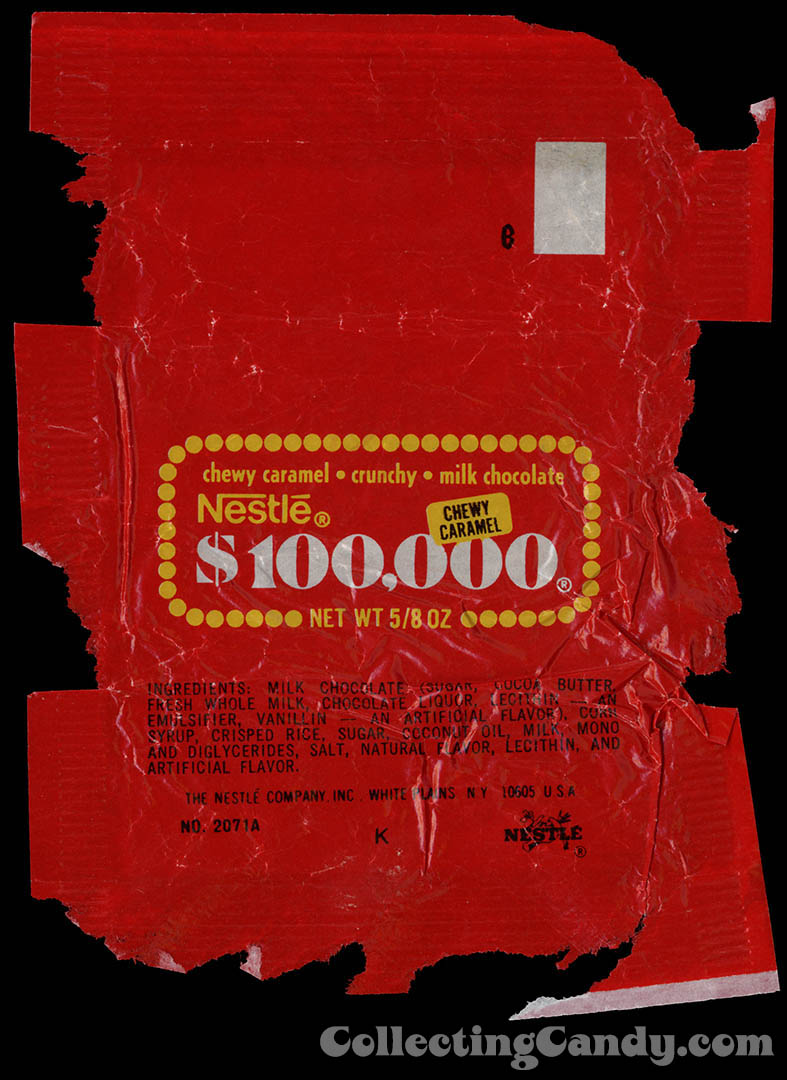 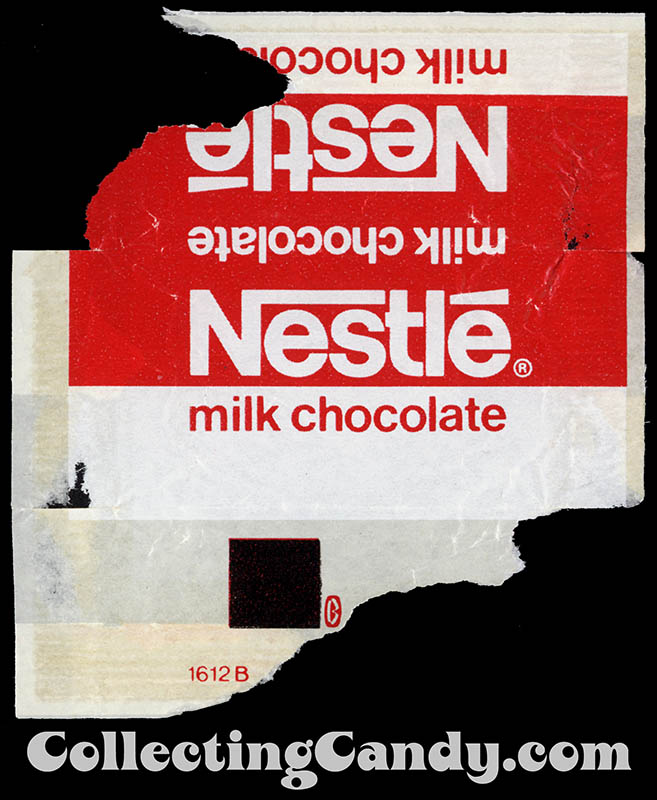 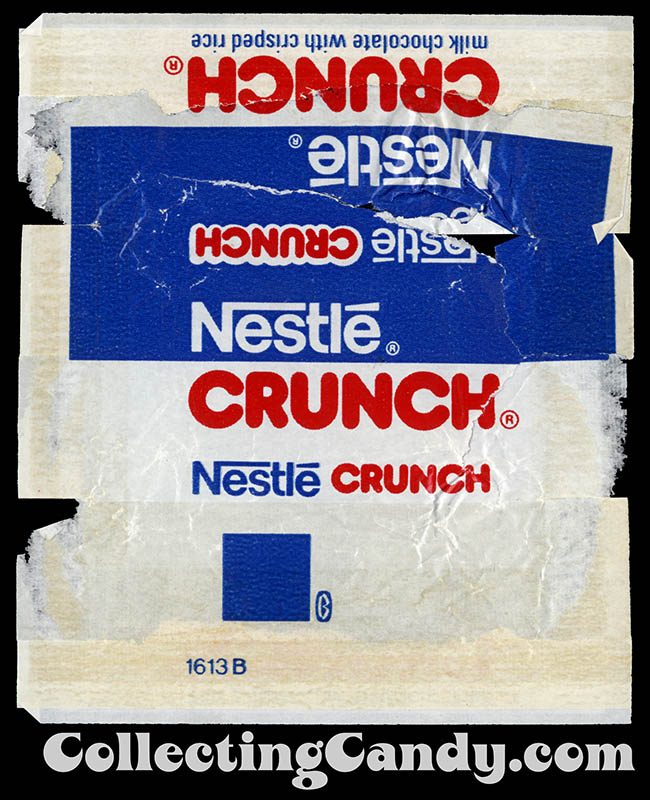 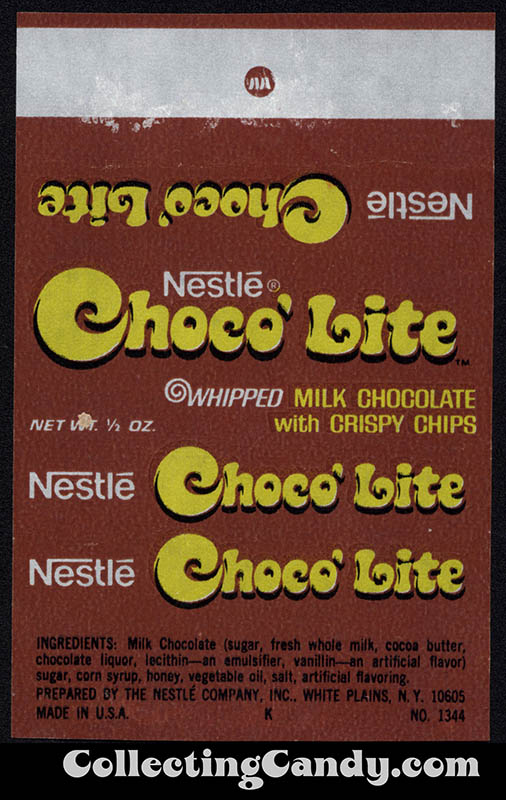 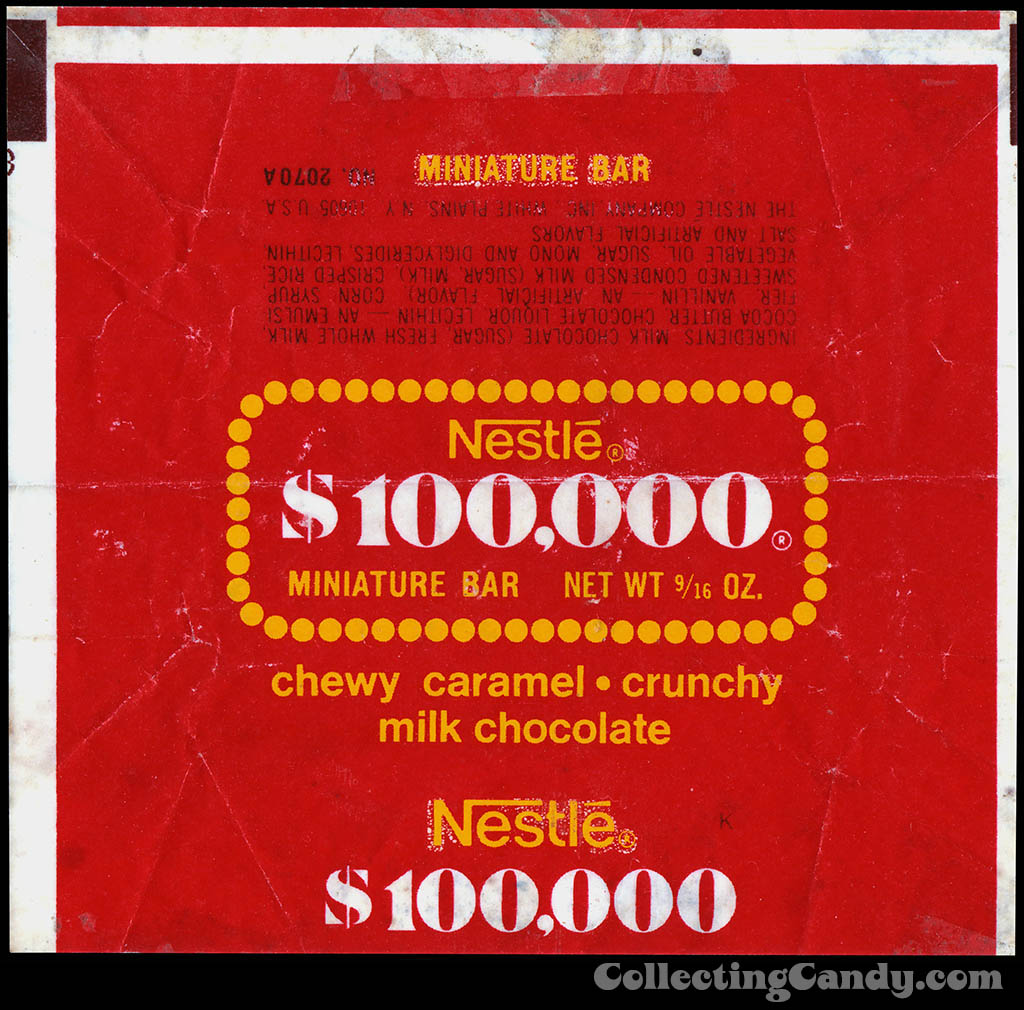 And that’s everything I’ve got to share on this pair of 1970’s Nestle Halloween Treats ads.  See you next time!

A New York City based writer, editor and sometimes actor. After spending much of the 1990′s in the comic book business helping tell the stories of Marvel Comics’ X-Men as series editor, he has since split his time between developing his own entertainment properties while still consulting and working on others. Having been described as “the Indiana Jones of lost and forgotten candy”, Jason is one of the country’s premier candy collectors and historians with his discoveries appearing in countless blogs, magazines, newspaper articles, and books. Always happy to share his knowledge and unique perspectives on this colorful part of our popular culture, Jason has consulted with New York’s Museum of Food and Drink and has also been a featured guest on Food Network’s Heavyweights, France’s M6 Capital, and New York’s TheActionRoom.com. My Google Profile+
View all posts by Jason Liebig →
This entry was posted in 1970's, Chocolate, CountdownToHalloween, Halloween, Holiday, Nestle, Uncategorized and tagged 1970's, 70's, 70's candy, candy collecting, candy collection, candy collector, candy wrapper collection, candy wrapper collector, collectible, collecting candy, confectionery, confections, Halloween, Halloween candy, Nestle, packaging, packaging design, sweets, vintage candy wrappers, wrapper. Bookmark the permalink.