New for 2015: Just Born Serves up a Trio of Awesome Halloween Boxes!

Over the last several years, Just Born has been on a roll, introducing refreshed versions of their main line packaging across-the-board.  And where these updates have really shined has been in their seasonal offerings.

This year, they’ve outdone themselves with a trio of fun new box designs that combine for some of the best of Halloween 2015.  Make the jump to take a closer look!

Just Born started going “all-in” on Halloween back in 2012 when they introduced a Halloween-only edition Mike and Ike flavor assortment called Mummy’s Mix, it was the first Mike and Ike box to feature any kind of character mascot in nearly a decade: 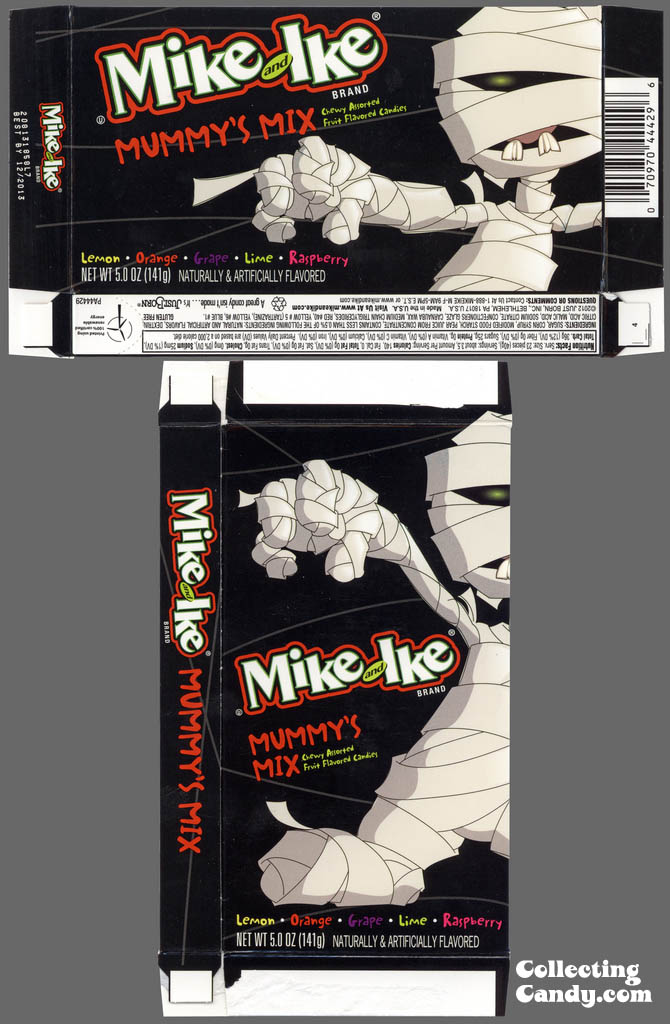 The following year, Mummy’s Mix returned with an updated Mike and Ike main logo and was joined by Mike and Ike Vampire Variety featuring a fun new vampire mascot! 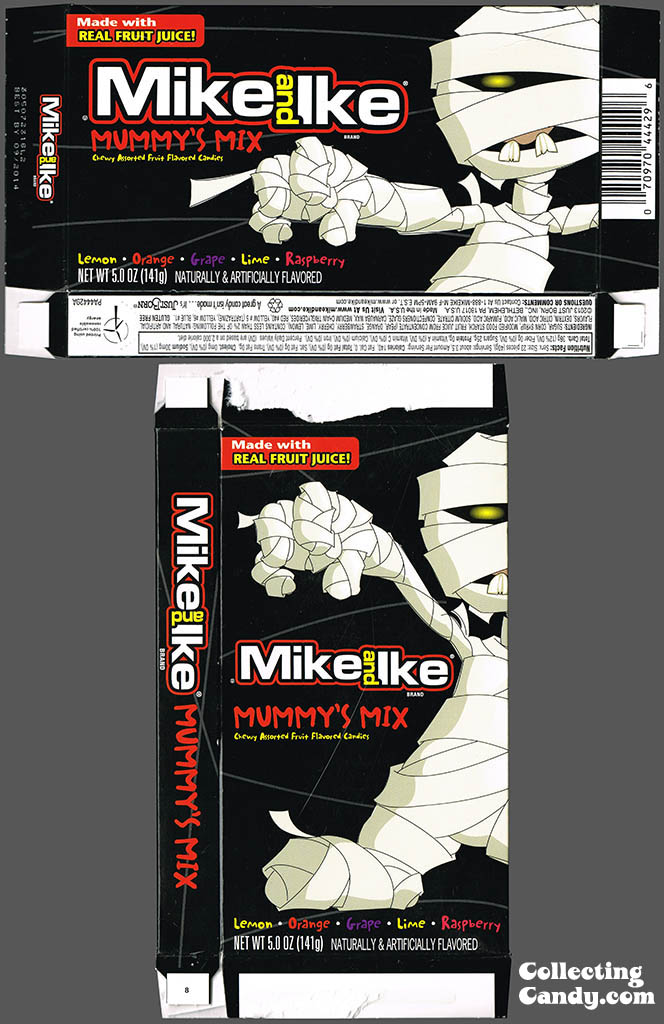 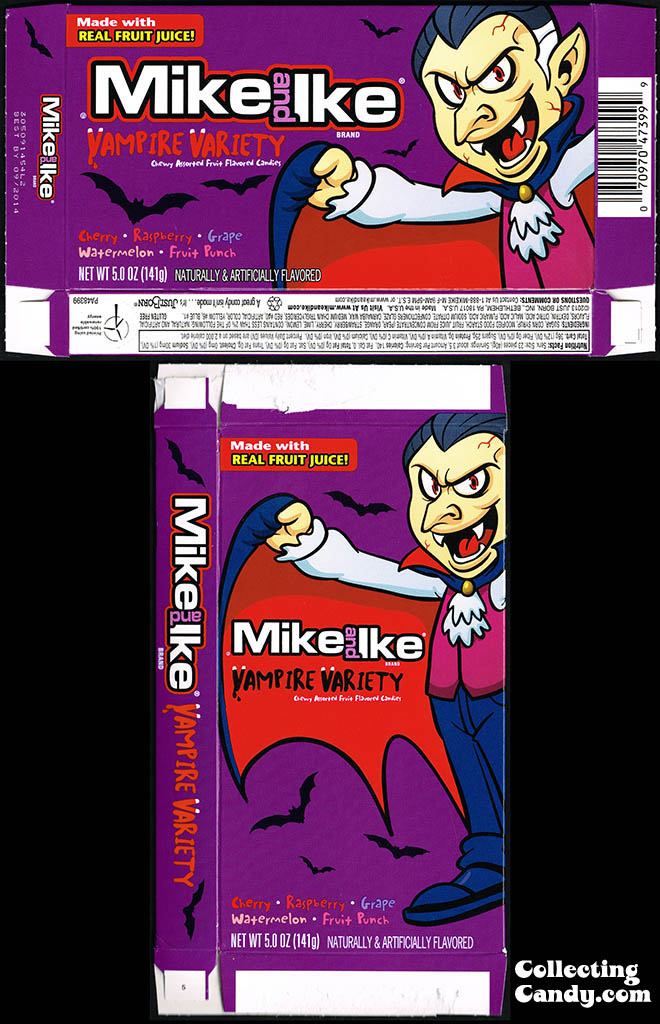 With the introductions of Vampire Variety and Mummy’s Mix having taken place over the last few years, I didn’t expect Just Born to offer up big news this Halloween.  But rather than coasting on the success of those previous offerings, they surprised me by releasing three new package redesigns for their 2015 Halloween line-up.

First up, they’ve given us a Mike and Ike Original Fruits box featuring a striking Halloween graphical treatment and delightful cartoon zombie/ghoul mascot: 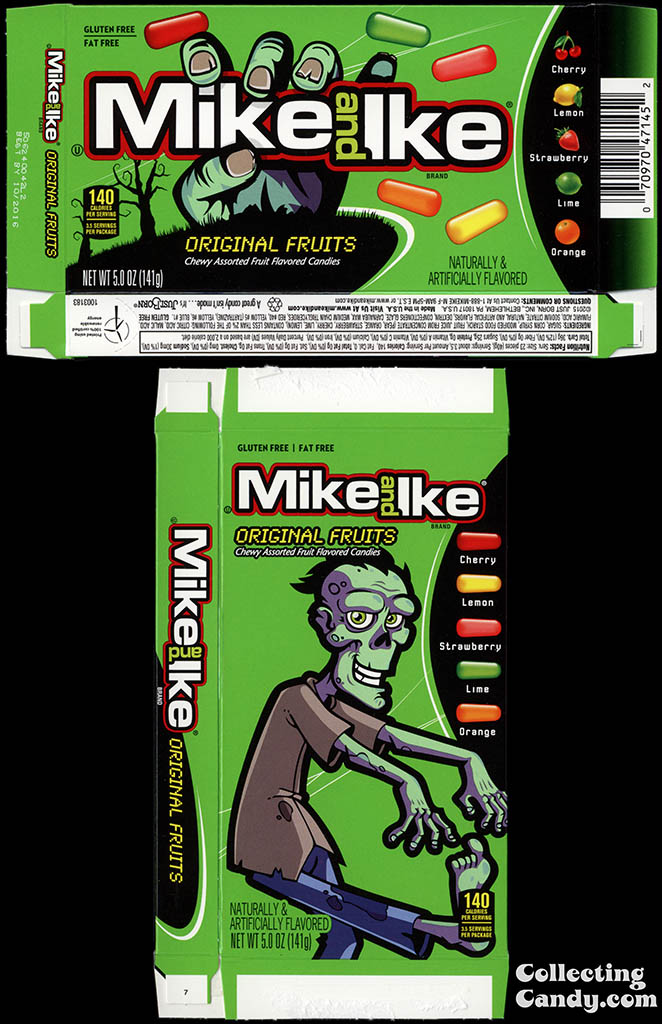 And for the first time, the Hot Tamales brand gets a Halloween edition box in 2015! 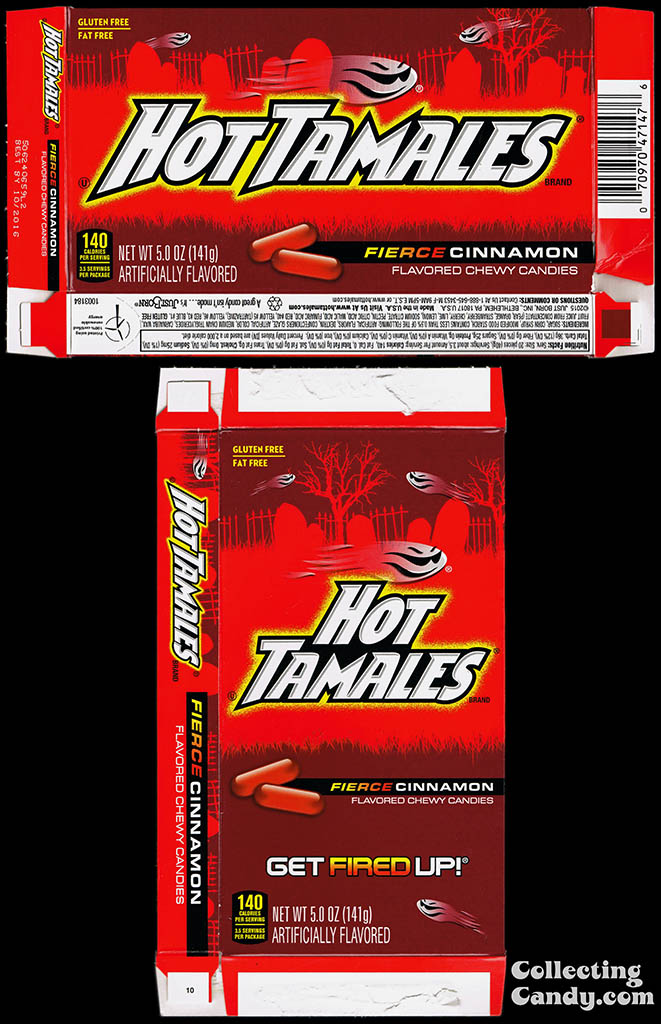 And finally, my favorite of the bunch, a Zombie-fied version of Mike and Ike Zours sour candies:

You can see how the box differs from the standard version here: 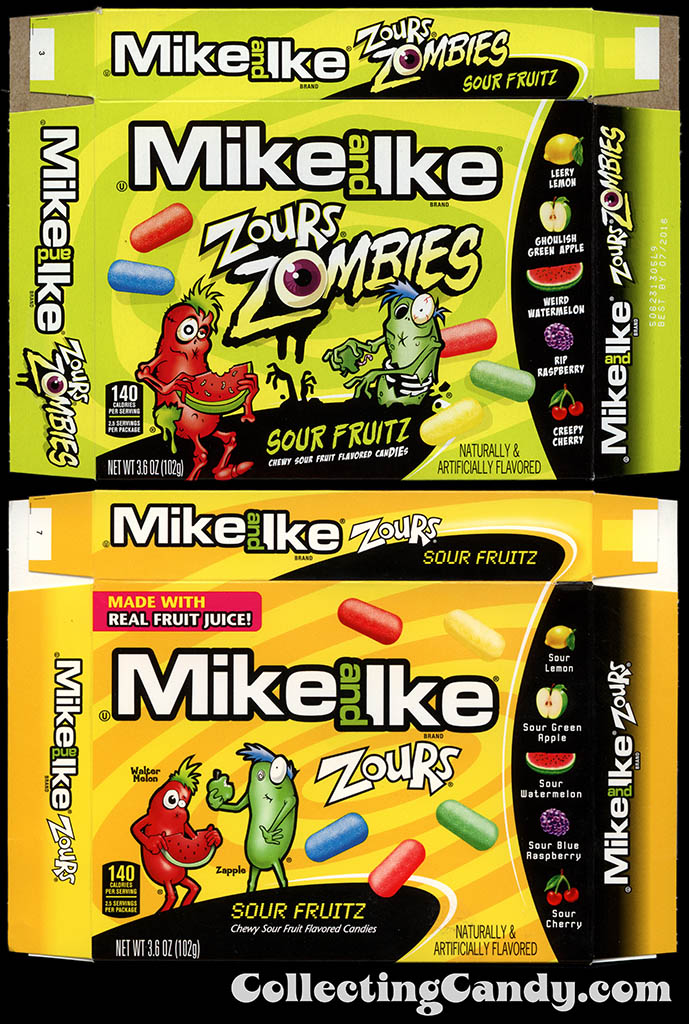 Pretty terrific stuff and a Halloween packaging line-up that really stands out!  Well done, Just Born – these are three of my Halloween 2015 favorites!

And that’s everything I’ve got to share on that.  See you next time!

A New York City based writer, editor and sometimes actor. After spending much of the 1990′s in the comic book business helping tell the stories of Marvel Comics’ X-Men as series editor, he has since split his time between developing his own entertainment properties while still consulting and working on others. Having been described as “the Indiana Jones of lost and forgotten candy”, Jason is one of the country’s premier candy collectors and historians with his discoveries appearing in countless blogs, magazines, newspaper articles, and books. Always happy to share his knowledge and unique perspectives on this colorful part of our popular culture, Jason has consulted with New York’s Museum of Food and Drink and has also been a featured guest on Food Network’s Heavyweights, France’s M6 Capital, and New York’s TheActionRoom.com. My Google Profile+
View all posts by Jason Liebig →
This entry was posted in Boxed, CountdownToHalloween, Halloween, Holiday and tagged candy collecting, candy collection, candy collector, candy wrapper collection, candy wrapper collector, collectible, collecting candy, confectionery, confections, Halloween, Halloween candy, Hot Tamales, Just Born, Mike and Ike, Mike and Ikes, packaging, packaging design, sweets, vintage candy wrappers, wrapper, zombie, zombie candy, zombies. Bookmark the permalink.