The Colorful Characters of Shari Candies!

I’ve written before about my appreciation of private label or store brand candy packaging and how it offers all manner of variety in what could otherwise be a fairly repetitive category.  Oftentimes, private label candy packaging is simply the name of the store emblazoned on a mostly plain design, but occasionally it shines as some of the most interesting found on shelves, as has been the case with Walgreens and their “Nice!” brand packaging.  And while private label candy is typically created for a specific store in mind, that is not the case with today’s topic.

Shari Candies is a line of peg-bagged private label confections differentiating itself with bright packaging and a colorful mascot — a mascot who finds himself in all manner of costume, depending on the product he’s hawking.  Make the jump to check it out:

[Editor’s note:  It’s been brought to my attention that, by definition, the Shari Candies presented today are not actually private label items due to their availability across multiple retail outlets.  For now, I’ll continue categorizing them as such because I feel retailers utilize them in the same way as typical private label candy offerings.]

As I said, Shari Candies are not created with any particular store in mind.  Rather, these are offered as a value priced option for whomever might want to carry them.  I first noticed Shari Candies in a Hobby Lobby back in Nebraska a few years ago and more recently spotted them at a Jacks 99-Cent store here in New York City, but I know I’ve seen them in other spots.  Jacks is where I picked up most of the couple dozen Shari Candies offerings I’ll be posting today, but checking out the Shari Candies website, it’s clear that I’ve only scratched the surface of their product line.  Eventually I hope to track down packaging examples of the full variety that Shari Candies offers.

I really dig that each of these packages features the Shari Candies mascot (is it a chipmunk?) illustrated in a unique costume/scenario that connects to the specific candy that pack contains.  I think the packages for these are pretty fun, so without further ado, here they are: 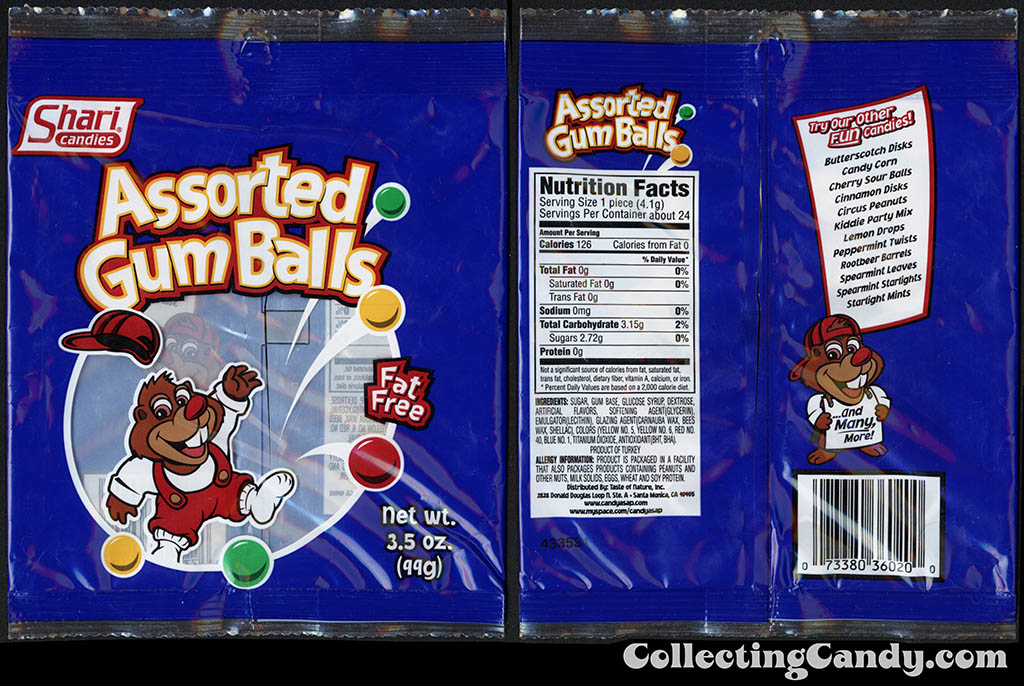 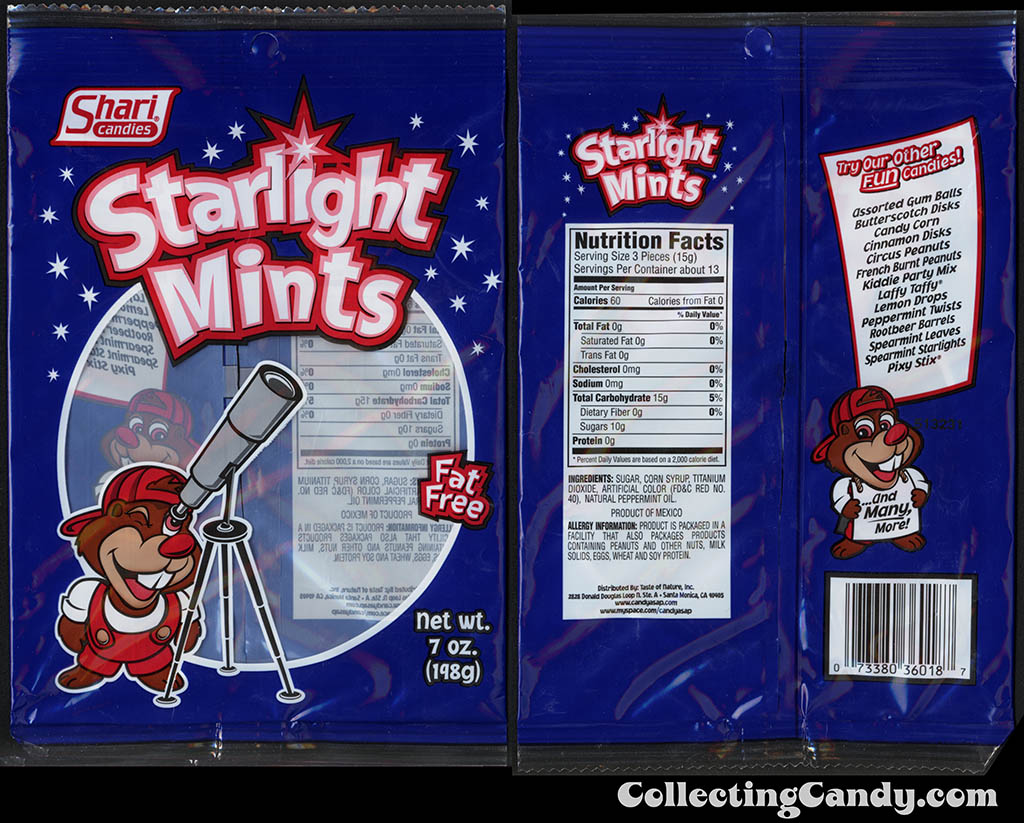 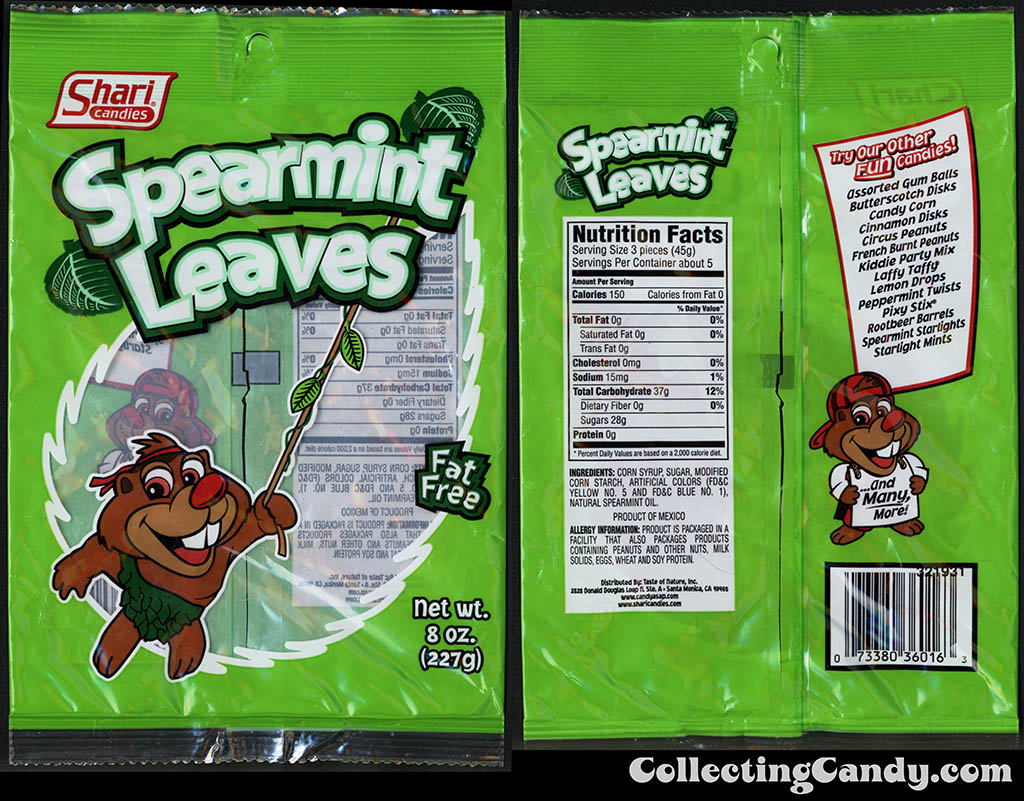 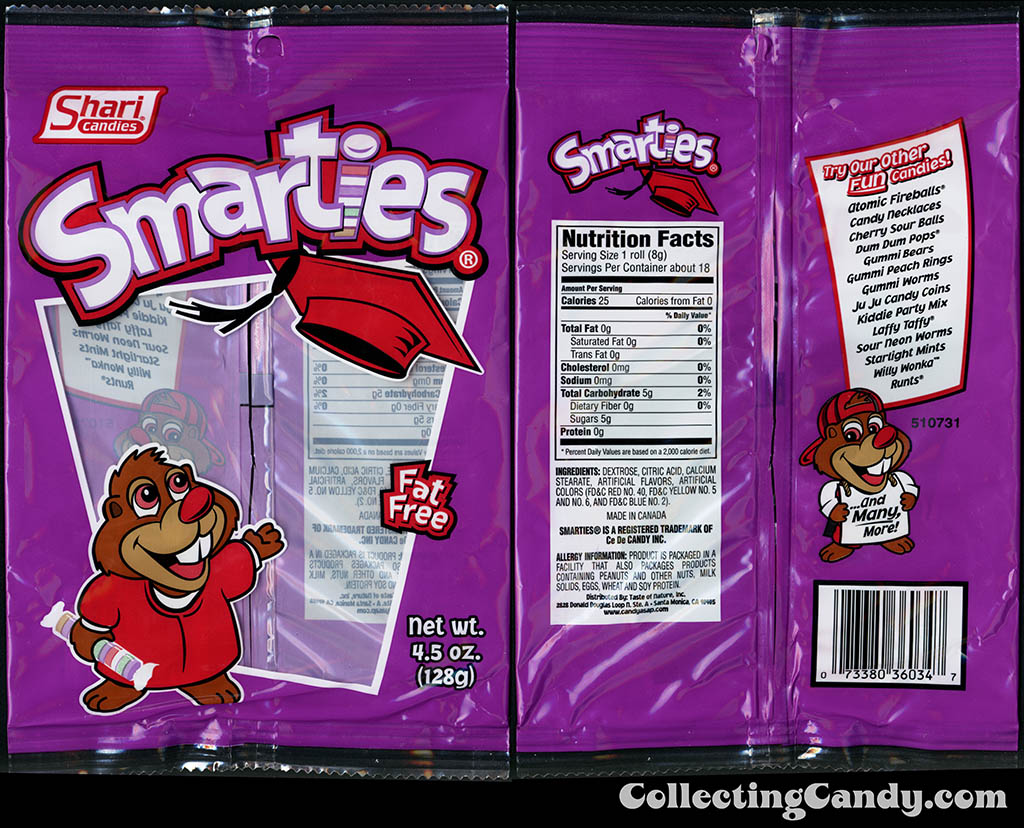 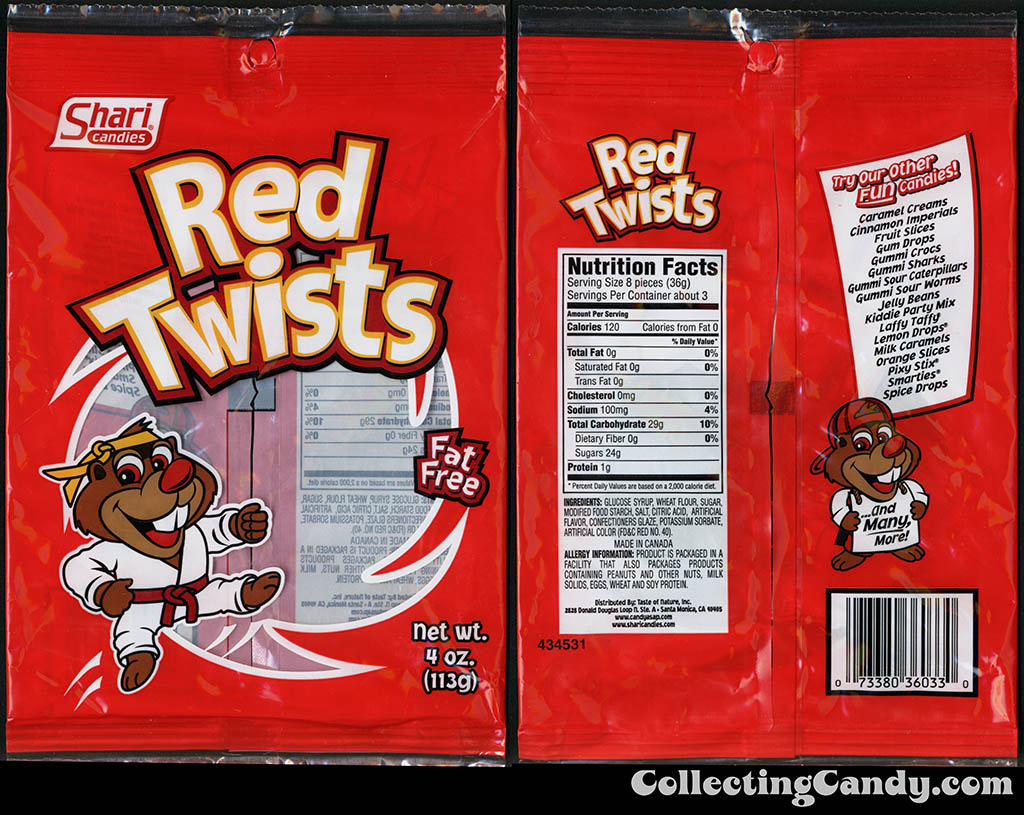 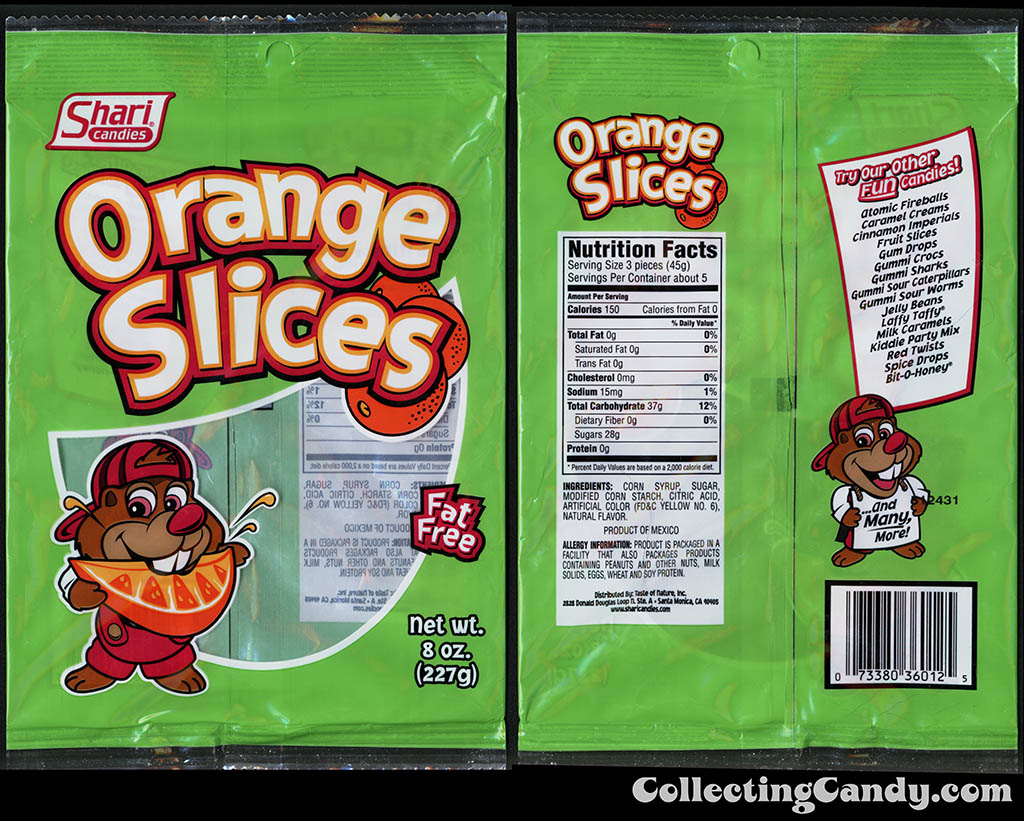 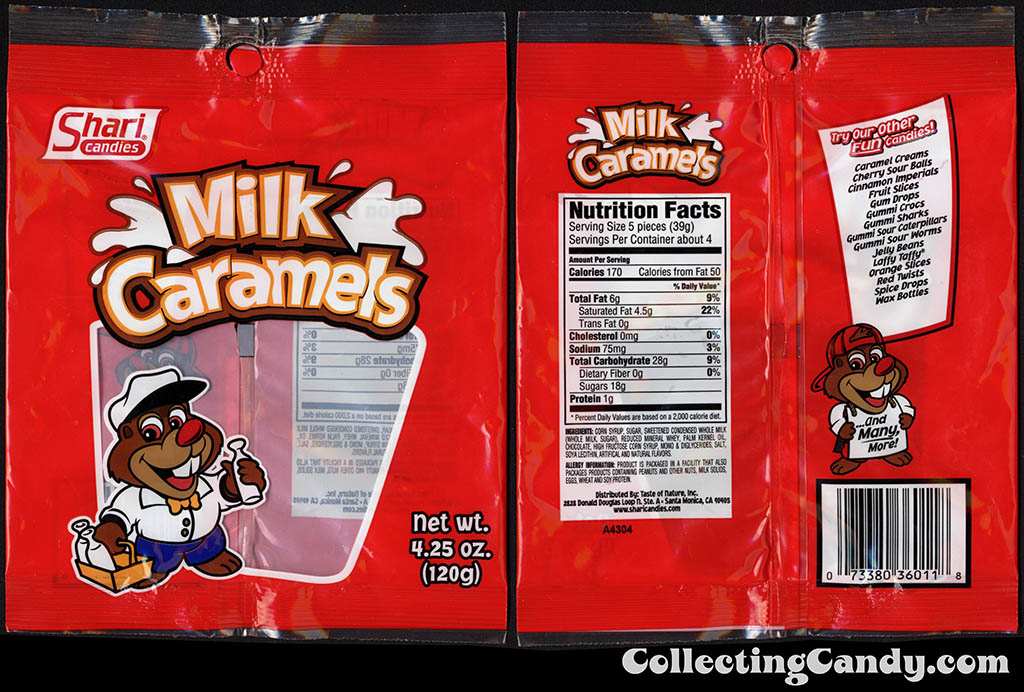 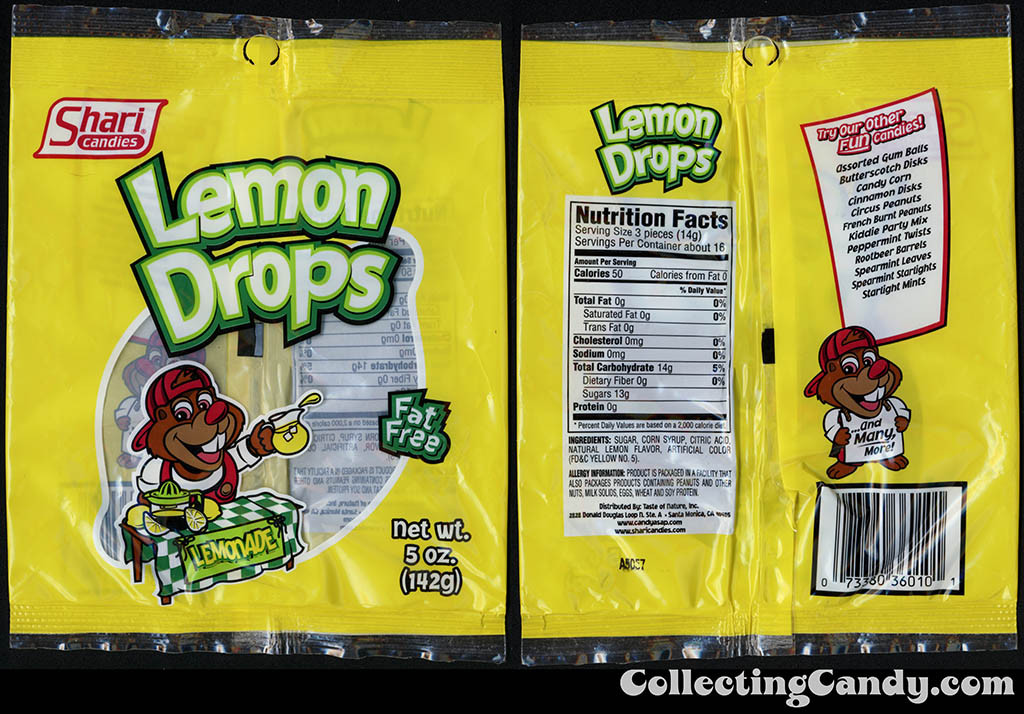 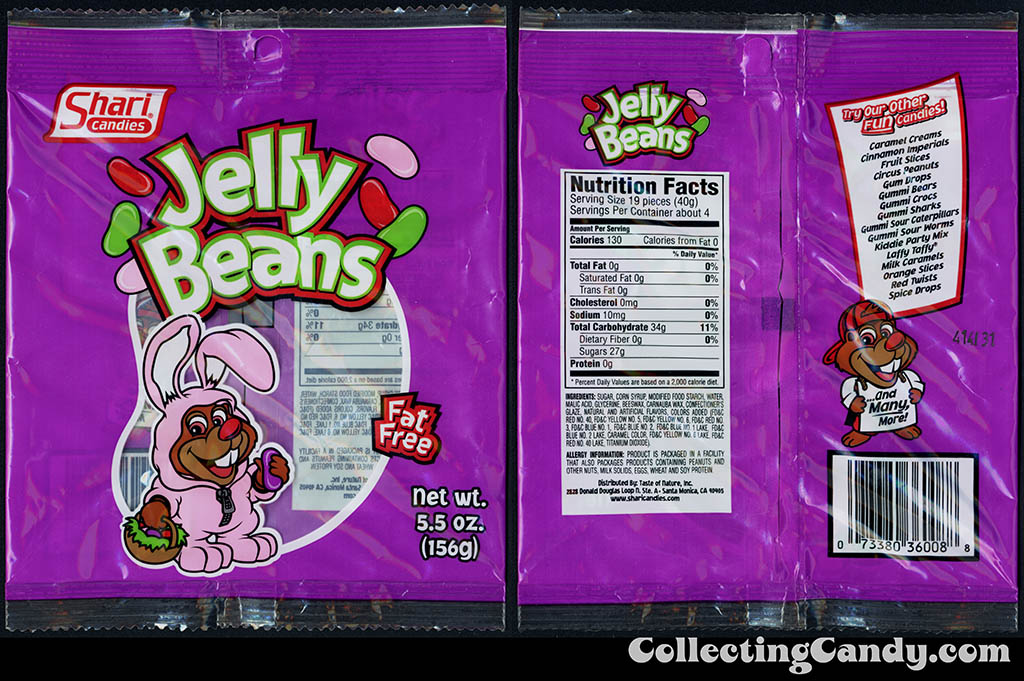 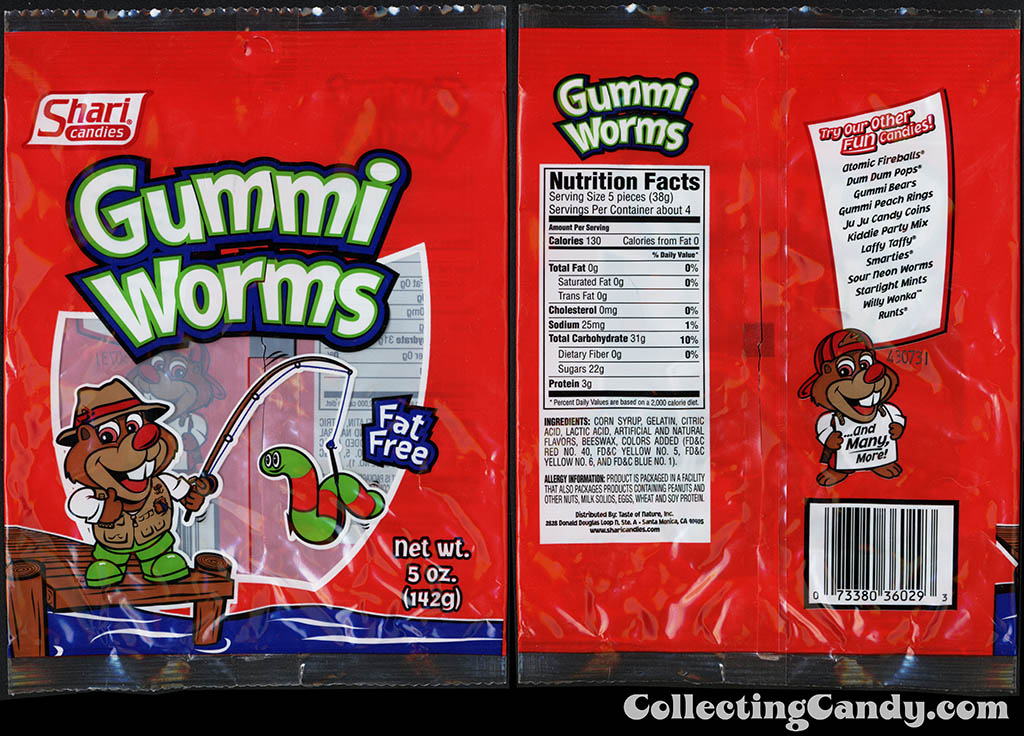 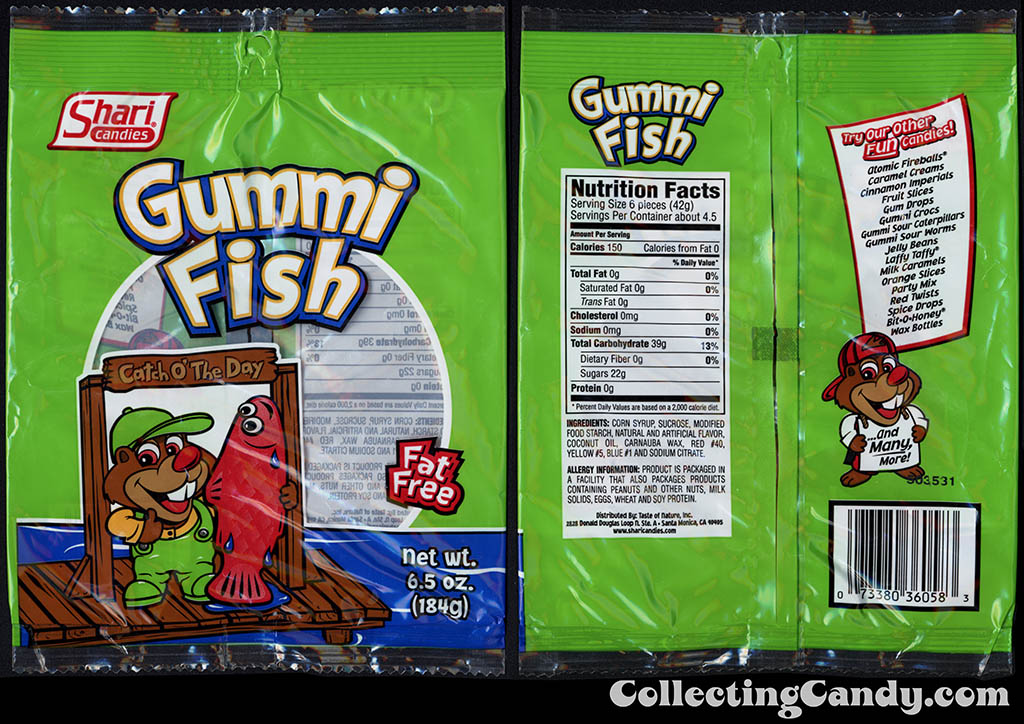 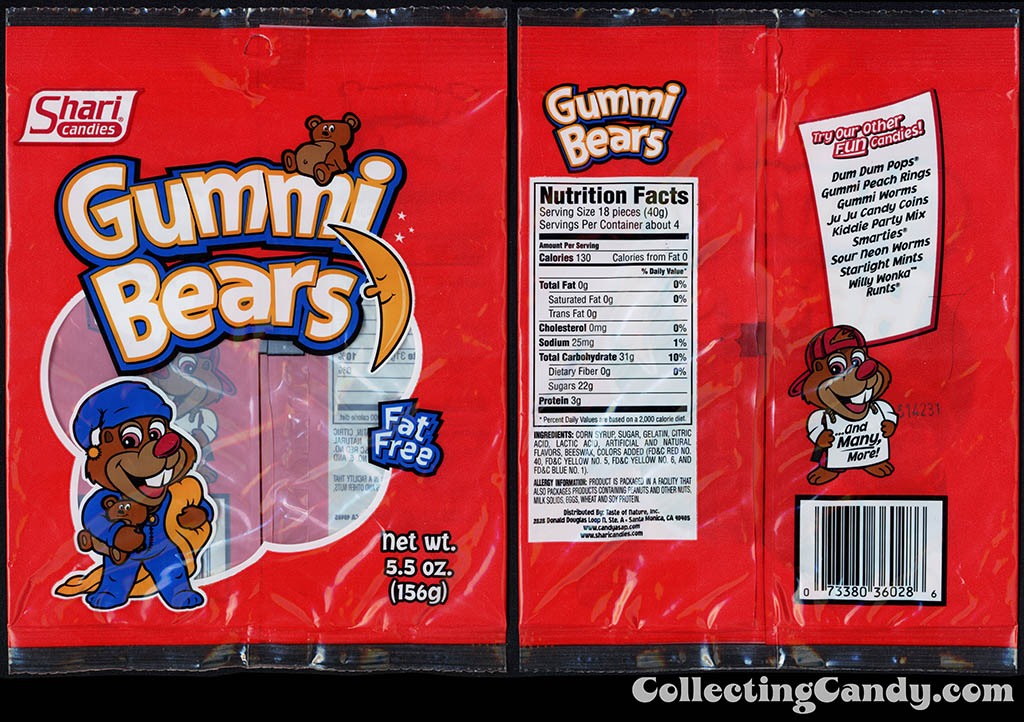 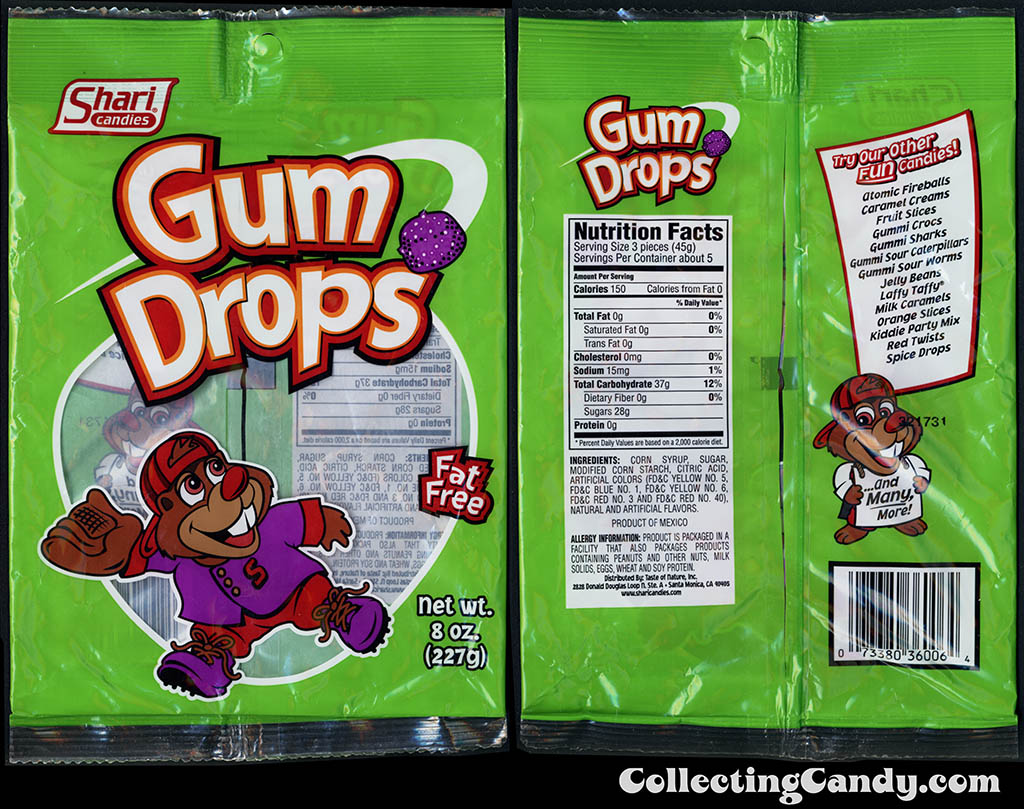 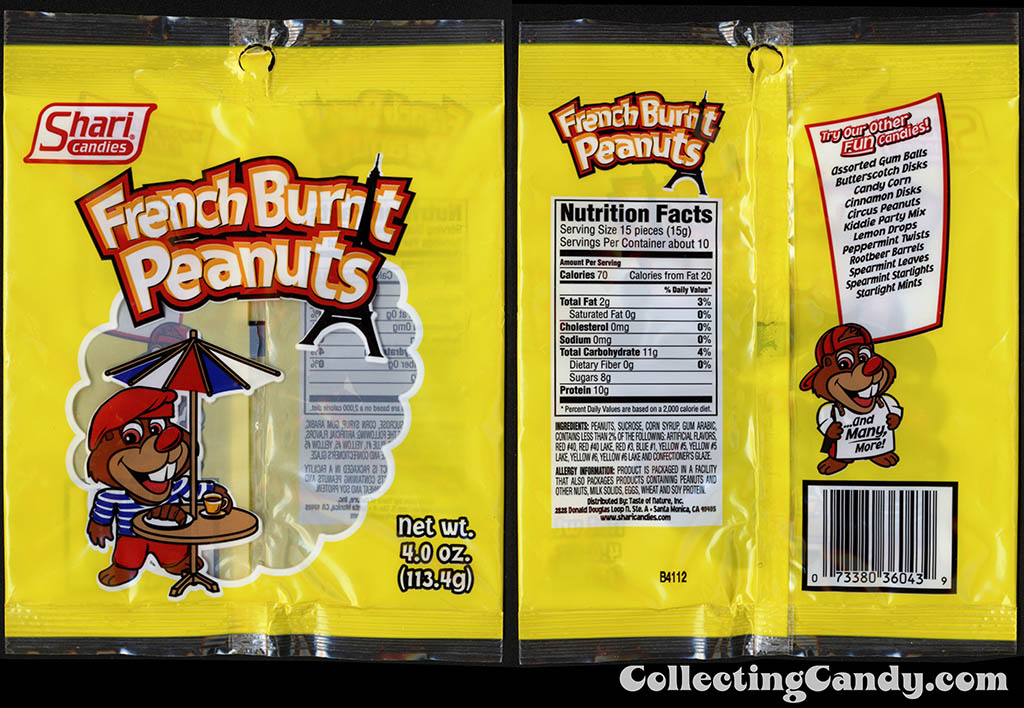 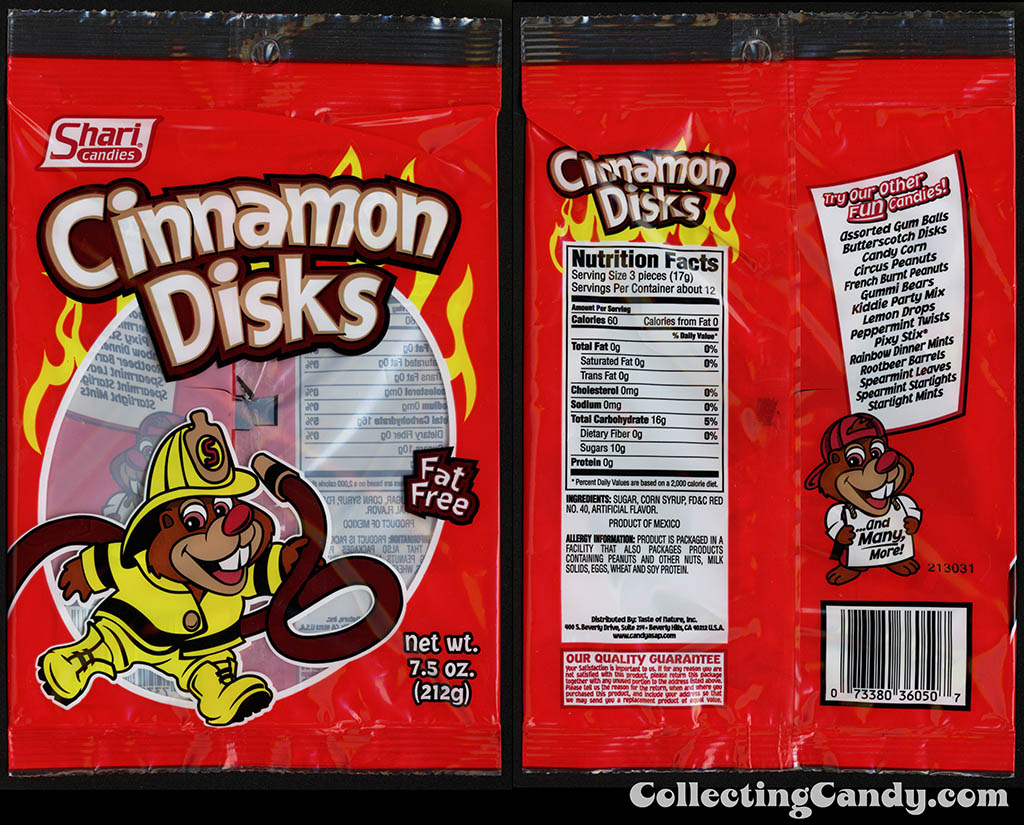 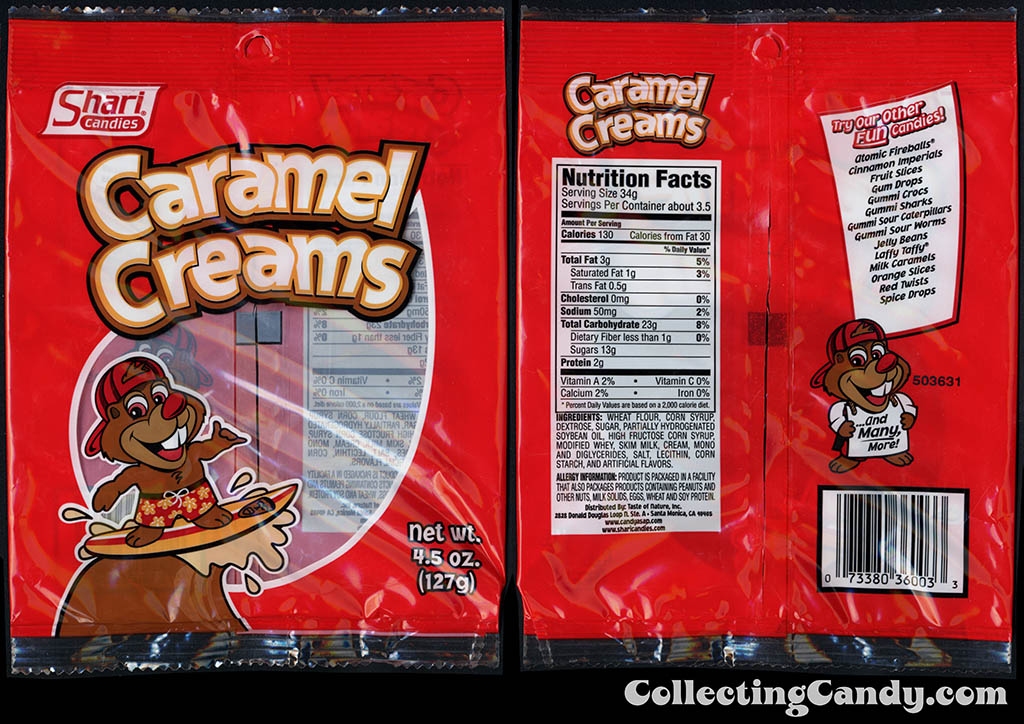 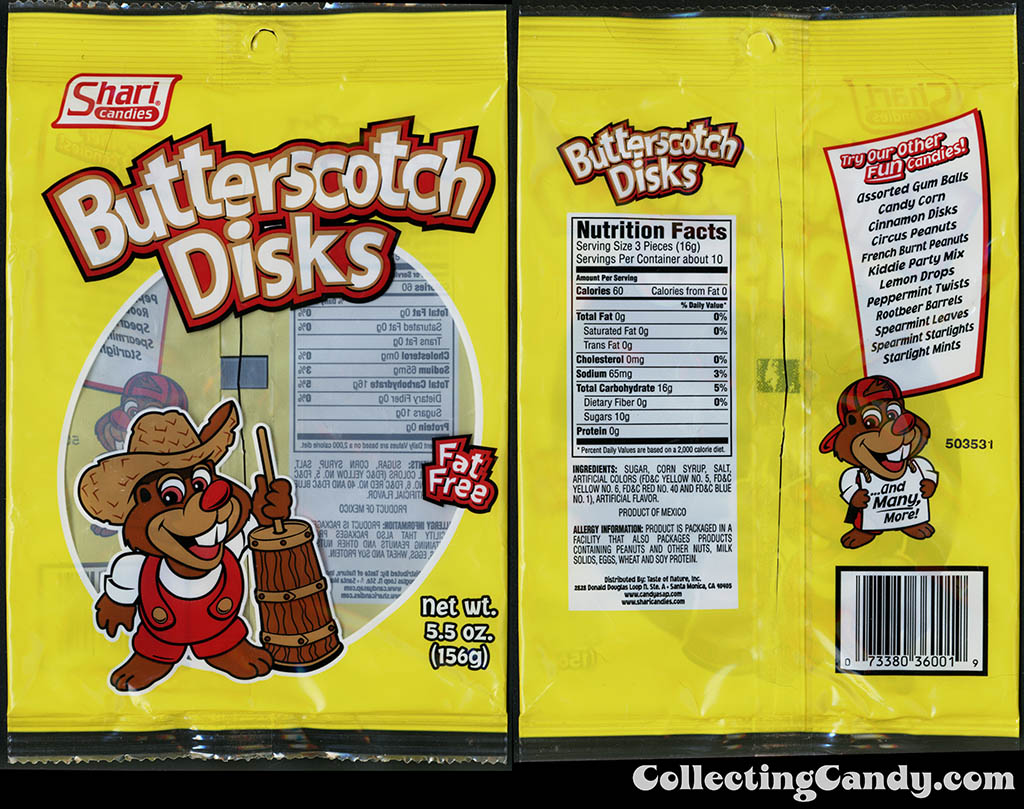 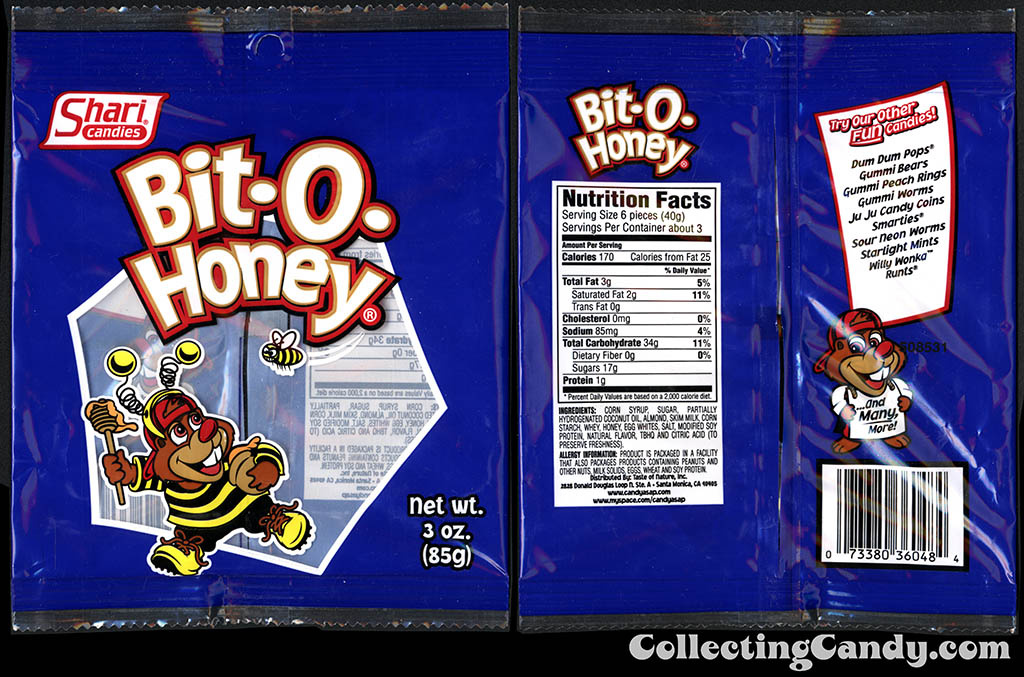 And that’s all of the Shari Candies packages I’ve collected so far.  Eventually I’ll be back with more!

When gathering together the pieces for today’s post, the mascot on them struck me as familiar so I went through my files and came across this box: 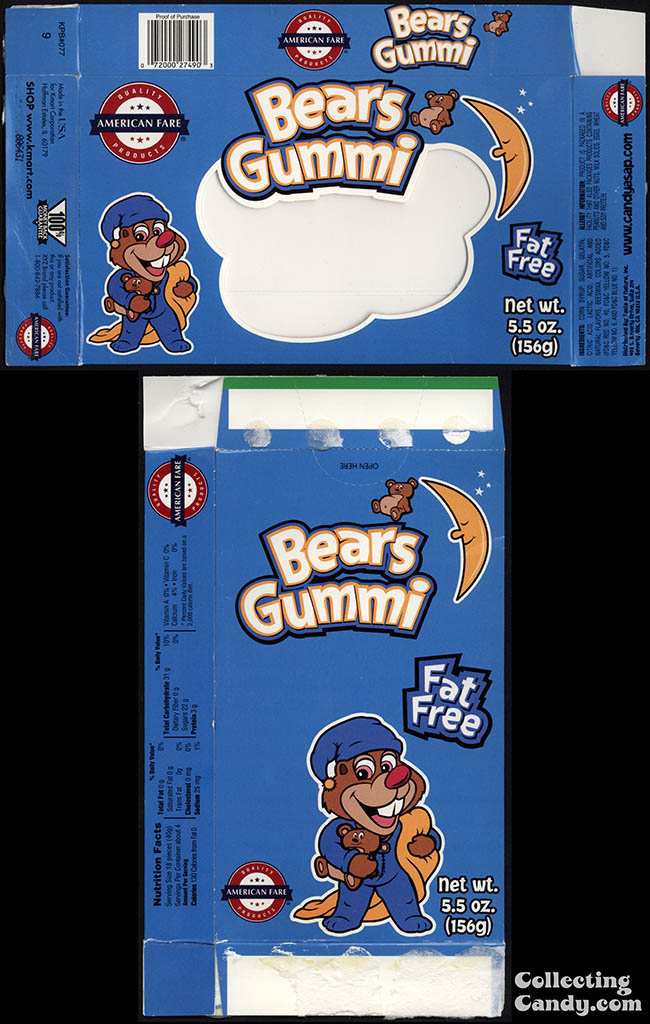 For now that’s everything I’ve been able to gather on the colorful characters of Shari Candies.  I hope you enjoyed seeing the variety presented here today and eventually I hope to revisit the topic with even more examples of Shari Candies packaging to share.

A New York City based writer, editor and sometimes actor. After spending much of the 1990′s in the comic book business helping tell the stories of Marvel Comics’ X-Men as series editor, he has since split his time between developing his own entertainment properties while still consulting and working on others. Having been described as “the Indiana Jones of lost and forgotten candy”, Jason is one of the country’s premier candy collectors and historians with his discoveries appearing in countless blogs, magazines, newspaper articles, and books. Always happy to share his knowledge and unique perspectives on this colorful part of our popular culture, Jason has consulted with New York’s Museum of Food and Drink and has also been a featured guest on Food Network’s Heavyweights, France’s M6 Capital, and New York’s TheActionRoom.com. My Google Profile+
View all posts by Jason Liebig →
This entry was posted in Bubble Gum, Chocolate, Gum, Gummies, Hard Candy and tagged candy collecting, candy collection, candy collector, candy wrapper collection, candy wrapper collector, collectible, collecting candy, confectionery, confections, mascot, packaging, packaging design, private label, store brand, sweets, vintage candy wrappers, wrapper. Bookmark the permalink.

3 Responses to The Colorful Characters of Shari Candies!