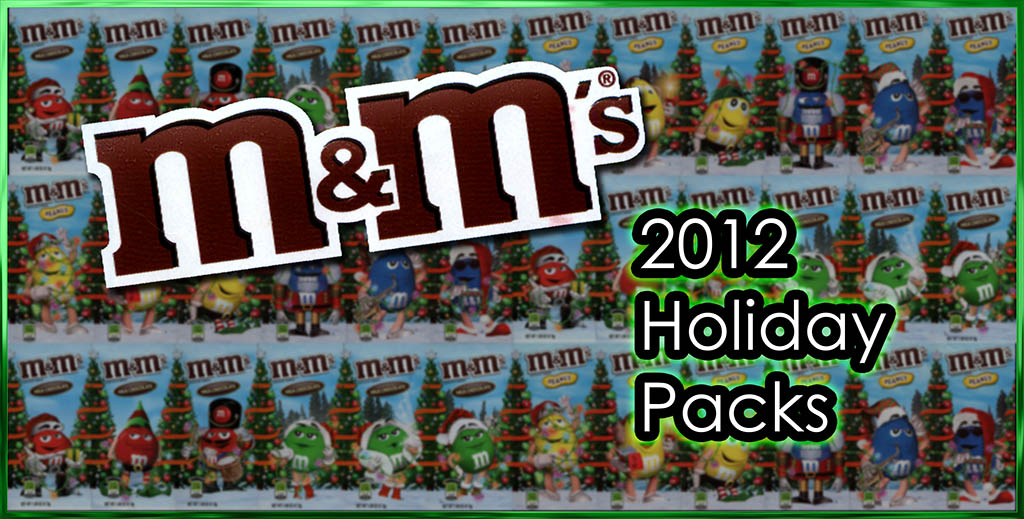 Back in 2011-2012, M&M/Mars expanded their seasonal M&M’s offerings by adding holiday releases in standard-sized packs.  Since that time, I’ve covered their Candy Corn M&M’s, M&M’s Holiday Mints, and even an array of twelve different Easter packages.

While Candy Corn M&M’s have returned each year since their introduction, the other standard-sized holiday packs appear to have been retired, though M&M/Mars did release a pair of cool Christmas theater boxes last year.   Since I didn’t cover the regular Christmas-themed packs during their initial release, I wanted to do so today.  It’s an impressive variety with twelve different festive packages to see.  So make the jump to check out M&M’s holiday-themed packs from 2012!

While I appreciate and enjoy the larger bags of M&M’s that have been getting holiday-themed packaging for years, there’s something a little extra neat about collecting the standard-sized packs.   It’s especially fun when they put out such a great variety – this release alone features a dozen unique pieces of M&M’s mascot art, six different for M&M’s Milk Chocolate and six for M&M’s Peanut.  Check ’em out: 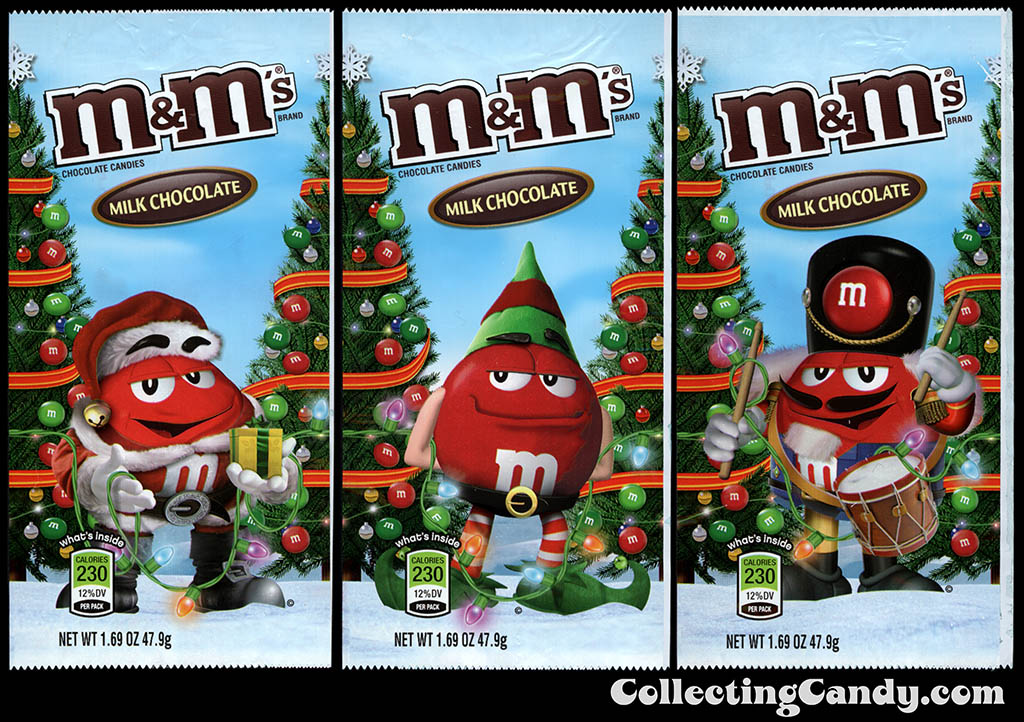 As with the other standard-size holiday packs I’d covered in the past, these sport slight variations on the backs of the packages.  Some packages place the UPC on the upper section of the layout, while others place it on the lower.  Another difference is that one version features a large “MARS” logo, while the other does not.  I’m not sure why. 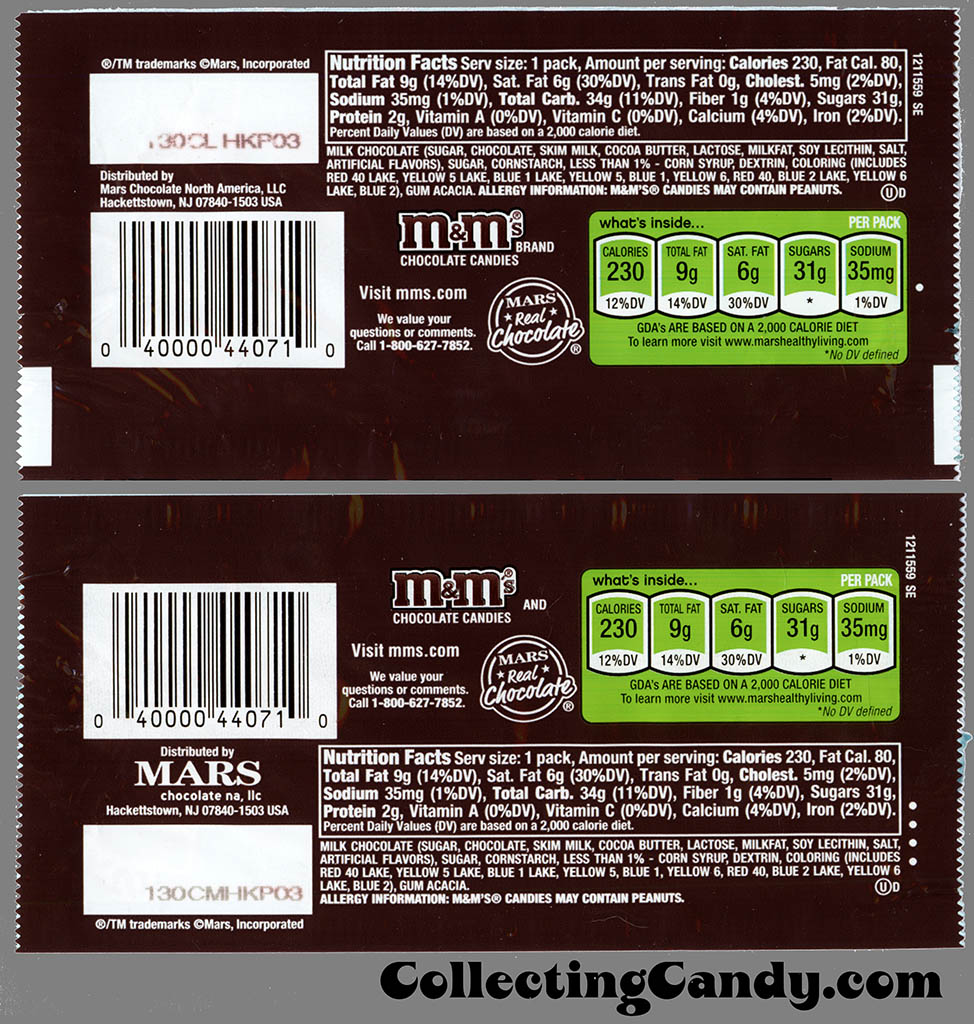 Now here are the Peanut packs: 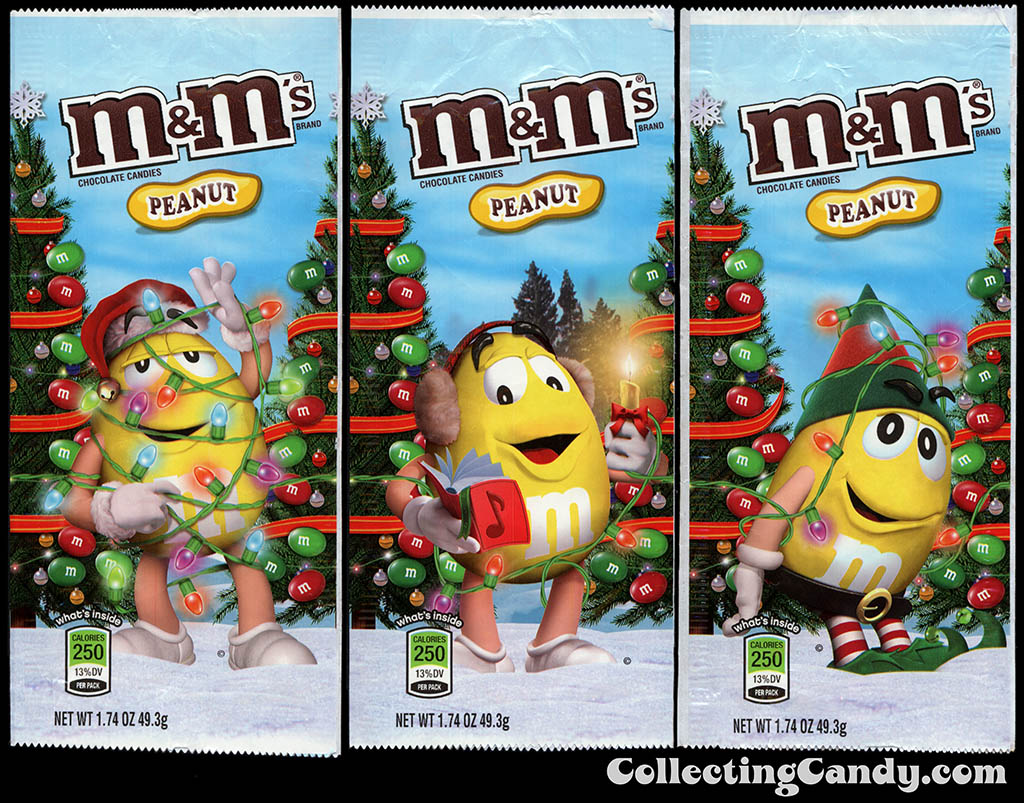 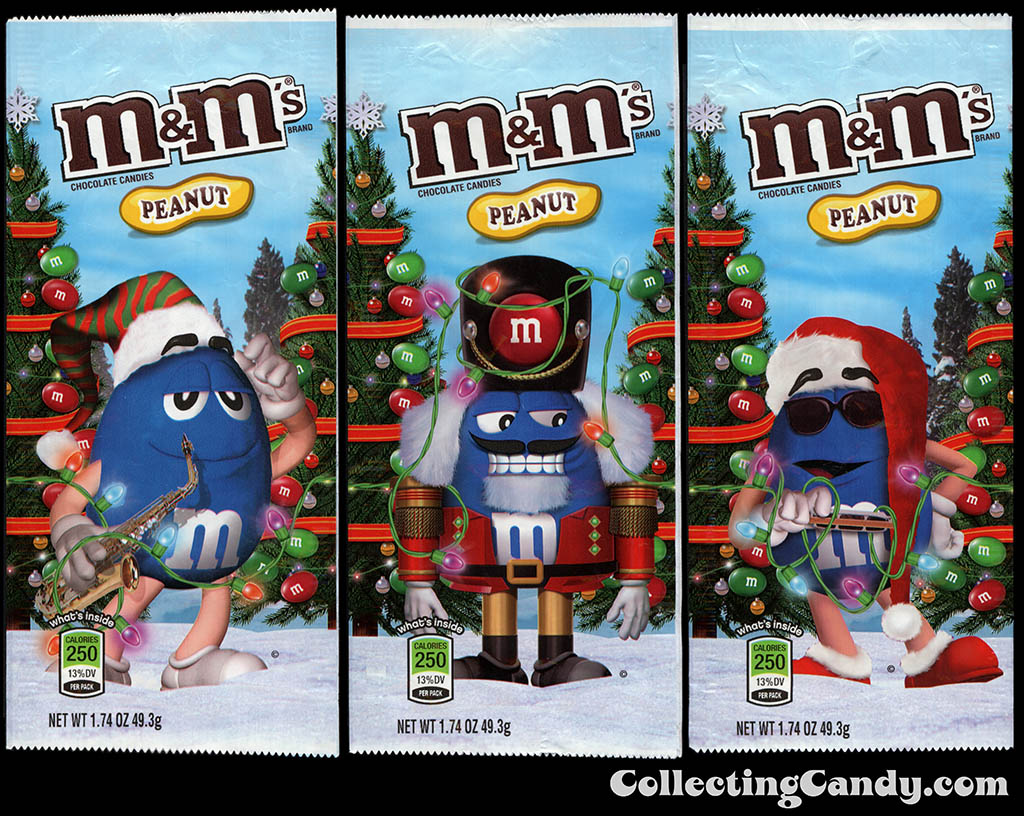 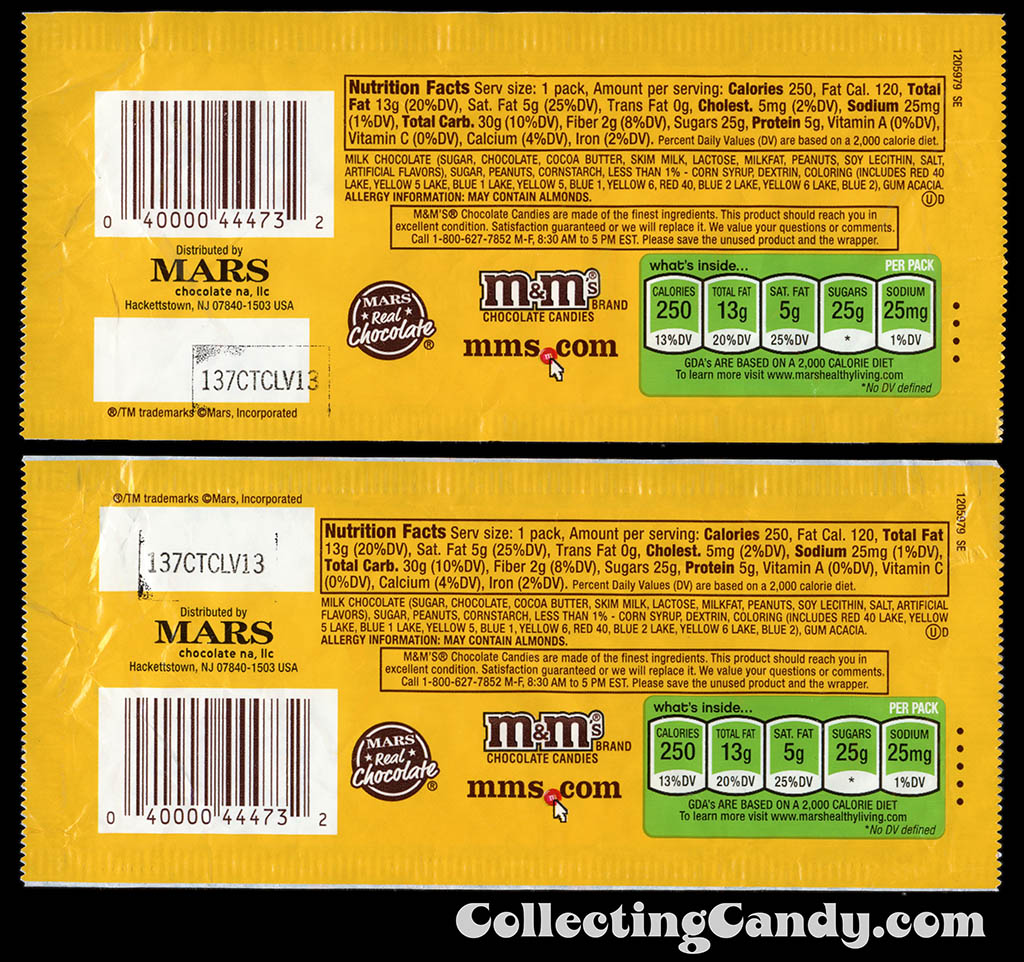 That’s all twelve of them.  I thought they were awfully fun when they were released and I’m glad to finally be able to bring them together to share here.

Outside of Candy Corn M&M’s, I haven’t seen any other standard-size holiday-themed M&M’s packages in stores for 2014, so we might have seen the end of these for now.  Hopefully, M&M’s hasn’t given up on doing these kinds of themed packages in the standard size as I think they’re pretty awesome.

And that’s everything for today’s coverage of M&M’s 2012 holiday packs.  See you next time! 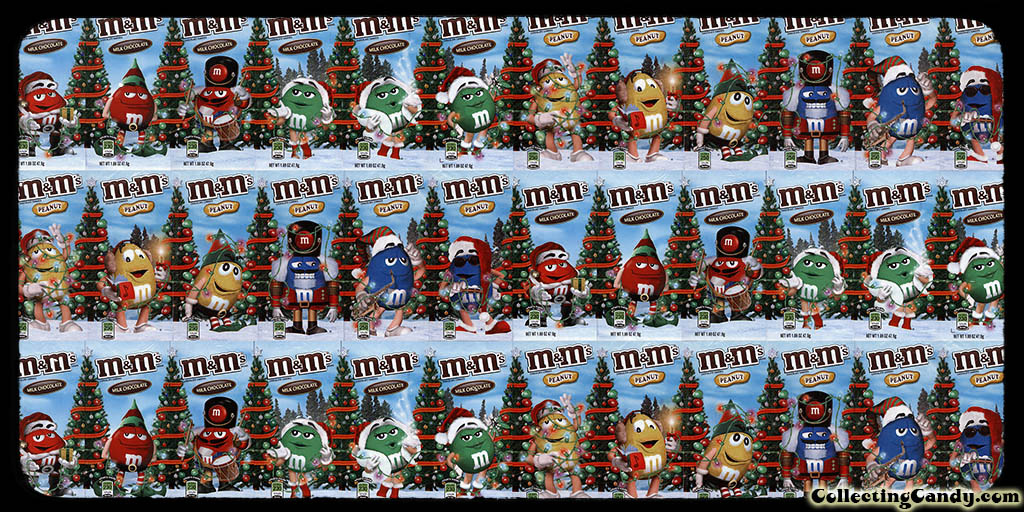 A New York City based writer, editor and sometimes actor. After spending much of the 1990′s in the comic book business helping tell the stories of Marvel Comics’ X-Men as series editor, he has since split his time between developing his own entertainment properties while still consulting and working on others. Having been described as “the Indiana Jones of lost and forgotten candy”, Jason is one of the country’s premier candy collectors and historians with his discoveries appearing in countless blogs, magazines, newspaper articles, and books. Always happy to share his knowledge and unique perspectives on this colorful part of our popular culture, Jason has consulted with New York’s Museum of Food and Drink and has also been a featured guest on Food Network’s Heavyweights, France’s M6 Capital, and New York’s TheActionRoom.com. My Google Profile+
View all posts by Jason Liebig →
This entry was posted in Christmas, Holiday, M&M's, Mars and tagged candy collecting, candy collection, candy collector, candy wrapper collection, candy wrapper collector, Christmas, collectible, collecting candy, confectionery, confections, holiday, M&M's, Mars, packaging, packaging design, seasonal, sweets, vintage candy wrappers, wrapper. Bookmark the permalink.