Charms Halloween Pumpkin Pops from the 1950’s and Today!

We’re going all the way back to the 1950’s for today’s post and a look at a Halloween treat that has been enjoyed by generations of kids.  So make the jump to check out Charms Halloween Pumpkin Pops from the 1950’s and today!

Tucked within a small Charms salesman folder I’ve had in my collection for a number of years was a single page Halloween Pops flyer, showcasing both Pumpkin Pops and Black Cat Pops.  Here it is: 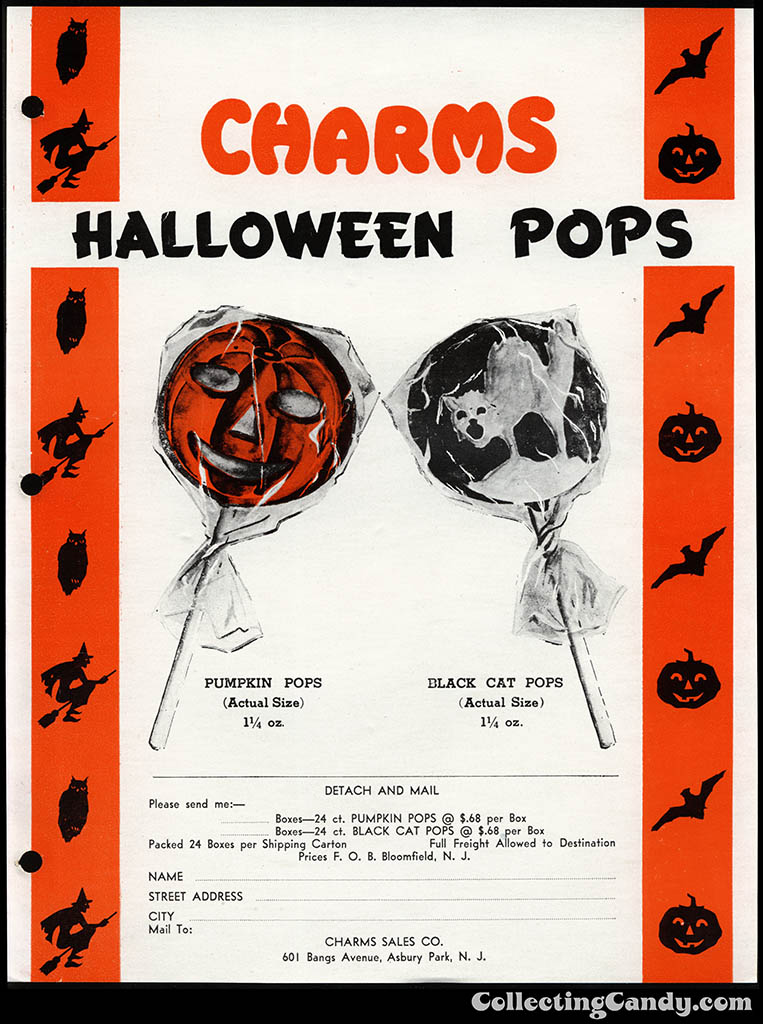 More than just the candy illustrations and information it contains, I completely dig the Halloween graphic touches down either side of this sales flyer.   Such awesome vintage-Halloween goodness.

I mentioned that that flyer is from the 1950’s, though it could go back a little earlier to the 1940’s.  [Edit: I went back and was able to firmly date this piece based on other parts of the packet it came from – 1948.]  This sales sheet is a great record of an early example of Charms Pumpkin Pops along with that awfully cool-looking black cat pop.

Last year I picked up a fun package for a large multi-bag of Charms Pumpkin Pops and after the Halloween season had passed, I realized that it had a connection to the earlier flyer in my collection.  Here’s the full packaging for that 2013 Charms Pumpkin Pops piece: 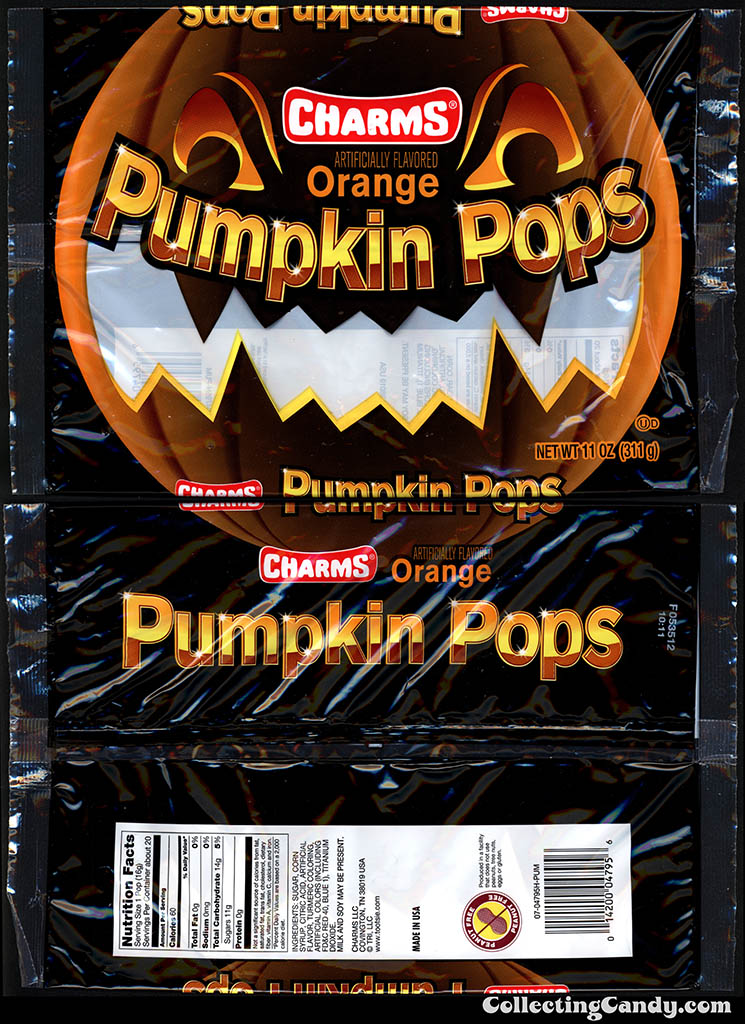 These new Pumpkin Pops are available again this year.  Though they are not exactly the same as the Charms Pumpkin Pops from half-a-century ago, I’d like to think there is a direct lineage from one to the other.

I didn’t snap any photos of the modern pops that package contained but I did find a good one on the CandyWarehouse.com order site. 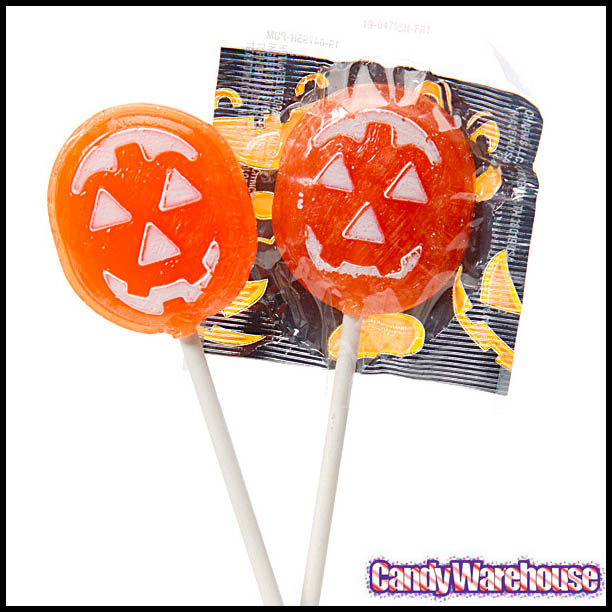 Pretty great to see how such a simple confectionery offering has subtly evolved and withstood the test of time.   I think it’s fun to compare and contrast the two.

And that’s everything for today’s look back into Halloween candy’s past!  See you next time!

A New York City based writer, editor and sometimes actor. After spending much of the 1990′s in the comic book business helping tell the stories of Marvel Comics’ X-Men as series editor, he has since split his time between developing his own entertainment properties while still consulting and working on others. Having been described as “the Indiana Jones of lost and forgotten candy”, Jason is one of the country’s premier candy collectors and historians with his discoveries appearing in countless blogs, magazines, newspaper articles, and books. Always happy to share his knowledge and unique perspectives on this colorful part of our popular culture, Jason has consulted with New York’s Museum of Food and Drink and has also been a featured guest on Food Network’s Heavyweights, France’s M6 Capital, and New York’s TheActionRoom.com. My Google Profile+
View all posts by Jason Liebig →
This entry was posted in 1950's, CountdownToHalloween, Halloween, Holiday and tagged 1950's, 50's, candy collecting, candy collection, candy collector, candy wrapper collection, candy wrapper collector, Charms, collectible, collecting candy, confectionery, confections, Halloween, lollipops, packaging, sweets, vintage candy wrapper, wrapper. Bookmark the permalink.