For today’s vintage CountdownToHalloween entry, we’re jumping back to the the most recent decade to pass us by.  And while the journey back in time may not be as long as some others that we’ve taken this month, I think it will still be a delightful one, for today’s subject is a great piece out of Wonka’s recent Nerds brand history.   So make the jump back to 2007 and check out Willy Wonka’s Halloween Nerds Monster Potions!

Like some other larger seasonal releases, Wonka’s Monster Potions is a confectionery product meant for a party or group, or perhaps to be broken down and handed out to Trick-or-Treaters.  But to my knowledge, the potions themselves were never sold individually or offered outside of these 12-packs.  I do know that they were available during the Halloween season for at least a few years.

Here’s a look at them: 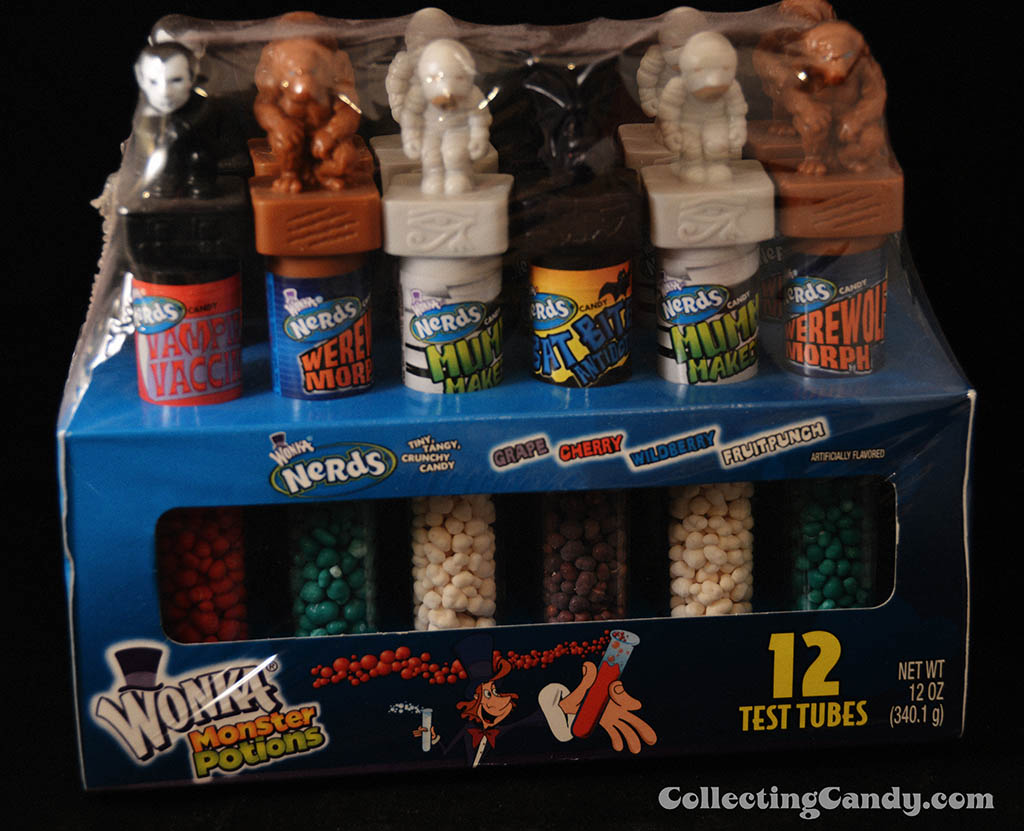 Sold as a boxed assortment of twelve individual plastic “test tubes”, the containers were each filled with a single flavor of Nerds candy and topped off with a plastic figural monster stopper.  Each flavor tube was given a fanciful Halloween-themed name that included Vampire Vaccine, Bat Bite Antidote, Werewolf Morph and Mummy Makeover.  While the first two certainly sound like spooky medicines, I’m not sure that the second two do as much.

I should note that the hardest part of presenting Wonka’s Monster Potions for the Countdown today was getting good clear photos of the product.  Due to the thick protective cellophane wrapping, reflections continued to creep in to most of my shots.

Here are a few more looks at the packaging from different angles: 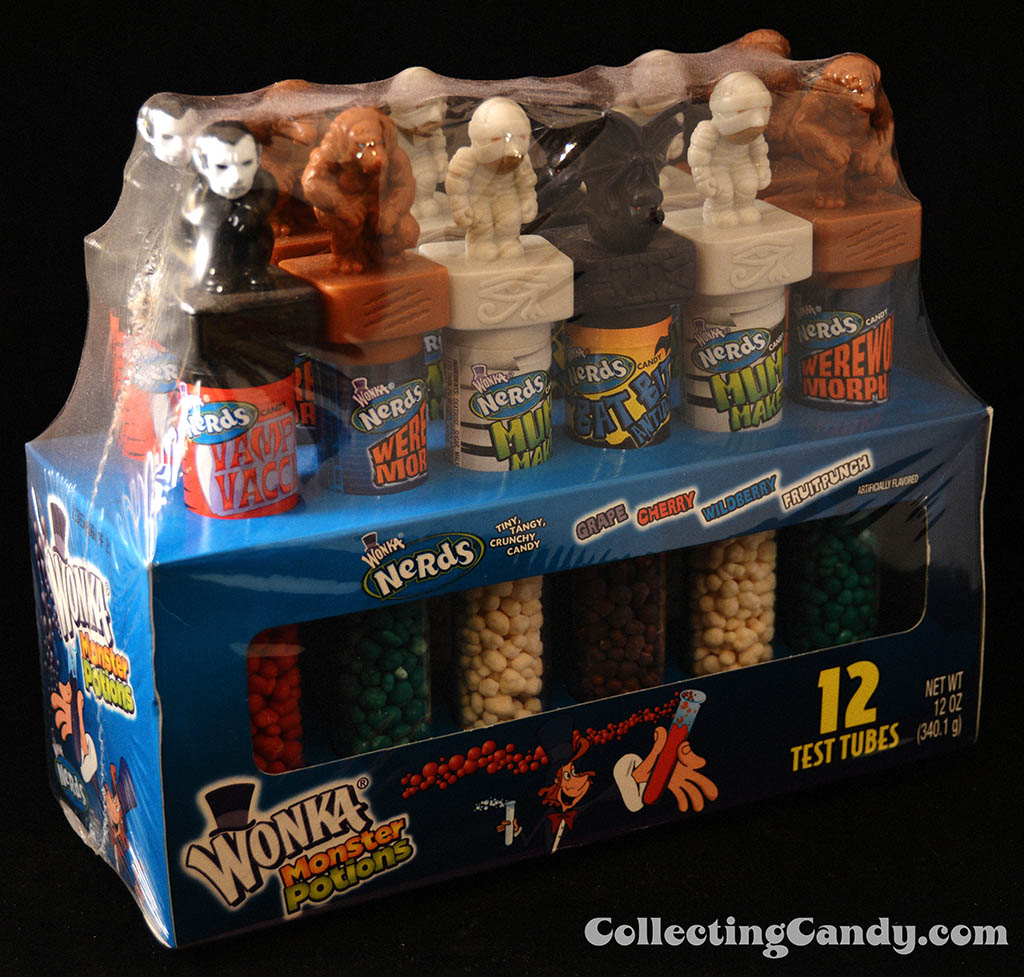 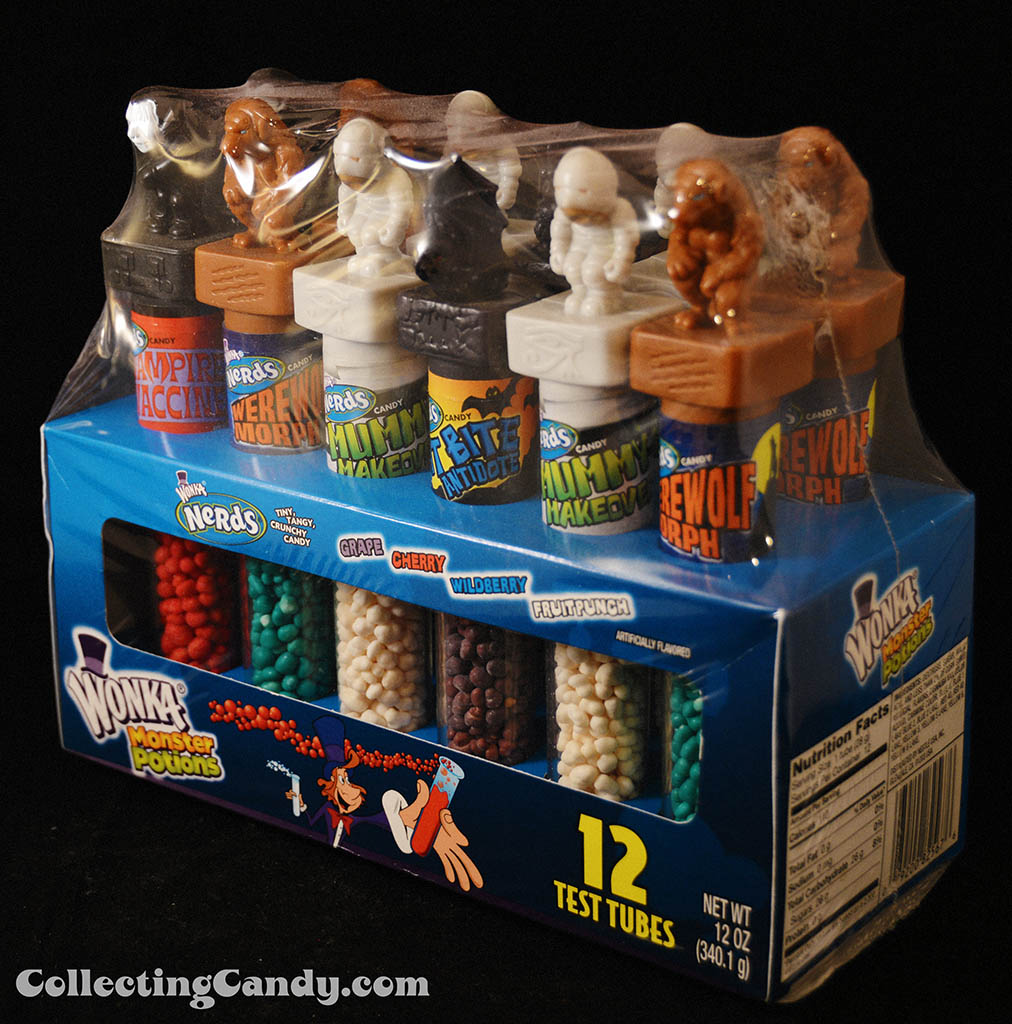 Each figural topper sports character appropriate detailing on the front (my favorite being the Eye of Horus on the mummy topper) and the Nerds logo on the reverse: 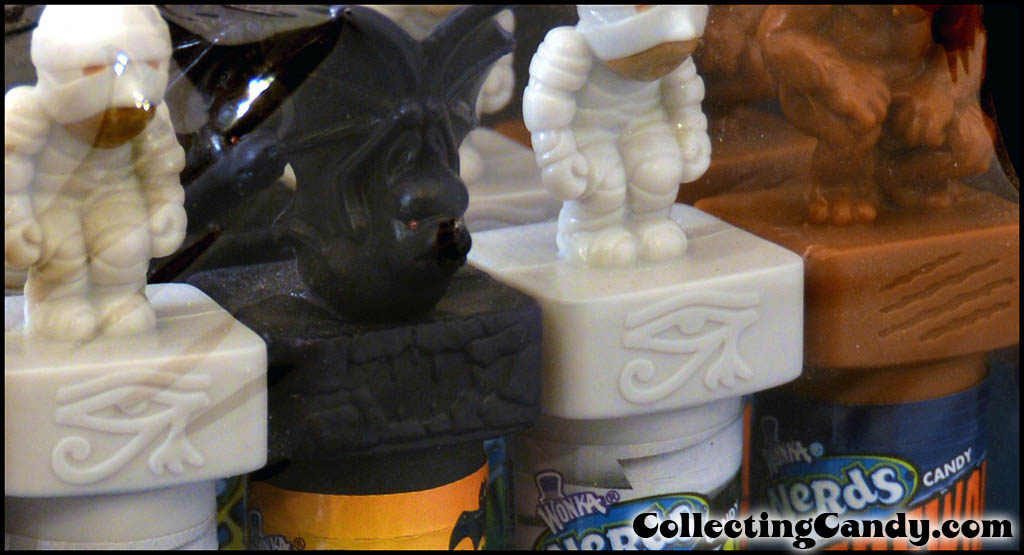 As I stated earlier, I believe these were offered for at least a few years.  Though information on them was scarce, I found an illustration on Amazon.com which appears to show a different design for the Monster Potions packaging.  Here it is: 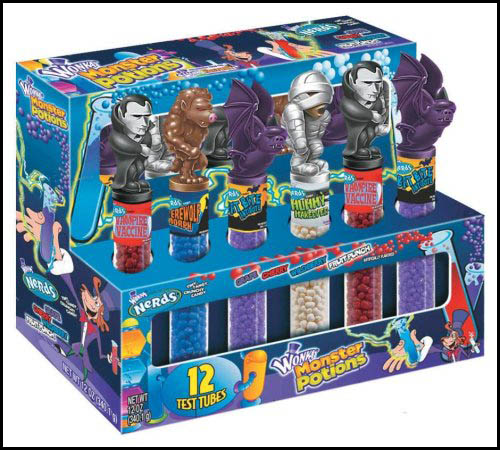 And that’s everything I’ve got to share today on Wonka’s Halloween Nerds Monster Potions from 2007.  See you next time!

A New York City based writer, editor and sometimes actor. After spending much of the 1990′s in the comic book business helping tell the stories of Marvel Comics’ X-Men as series editor, he has since split his time between developing his own entertainment properties while still consulting and working on others. Having been described as “the Indiana Jones of lost and forgotten candy”, Jason is one of the country’s premier candy collectors and historians with his discoveries appearing in countless blogs, magazines, newspaper articles, and books. Always happy to share his knowledge and unique perspectives on this colorful part of our popular culture, Jason has consulted with New York’s Museum of Food and Drink and has also been a featured guest on Food Network’s Heavyweights, France’s M6 Capital, and New York’s TheActionRoom.com. My Google Profile+
View all posts by Jason Liebig →
This entry was posted in CountdownToHalloween, Halloween, Holiday, Nestle, Novelty, Wonka and tagged 2000's, candy collecting, candy collection, candy collector, candy wrapper collection, candy wrapper collector, collectible, collecting candy, confectionery, confections, Halloween, monsters, Nerds, packaging, seasonal, sweets, vintage candy wrapper, Wonka, wrapper. Bookmark the permalink.