Kicking off Our CountdownToHalloween Coverage for 2014!!

It’s hard to believe (but I’m awfully excited to say) that it is once again October 1st and here at CollectingCandy.com that means it’s the beginning of our most exciting month of coverage as we participate in the annual CountdownToHalloween extravaganza!   This marks our third year taking part in the month-long blogging event along with nearly 200 other websites covering all manner of facets and perspectives on the holiday.  To mark the occasion, I thought I’d offer a bit of background and insight into how I came to be a part of this special event.

Though I first participated in the CountdownToHalloween tradition in 2012 after launching CollectingCandy.com earlier that same year, I’d been aware of it for at least a few years before that.   My introduction to the Countdown came primarily through the  blogs of two friends; Todd Franklin and Shawn Robare.  Todd’s wonderful NeatoCoolville blog (re-christened NeatoGhoulville during the Countdown month) had been entertaining me for years and Shawn’s expansive BrandedInThe80’s was a regular delight and inspiration for me.   The passion, enthusiasm, writing and willingness to share of those two guys is what brought my initial awareness of the wonder of the CountdownToHalloween.

But once I became aware of it, imagine my surprise when I learned that the mastermind behind the Countdown was a gentleman I’d met nearly two decades earlier, John Rozum.

My first job out of college was all the way back in 1994, working as a marketing representative for DC Comics here in New York City.  To me, the best part of that job was getting to know all of the wonderful people at DC Comics as well as working all of the comic conventions and getting to meet so many of DC’s talented creators and passionate fans. It was during one of those conventions that I got to meet a DC Comics writer named John Rozum. 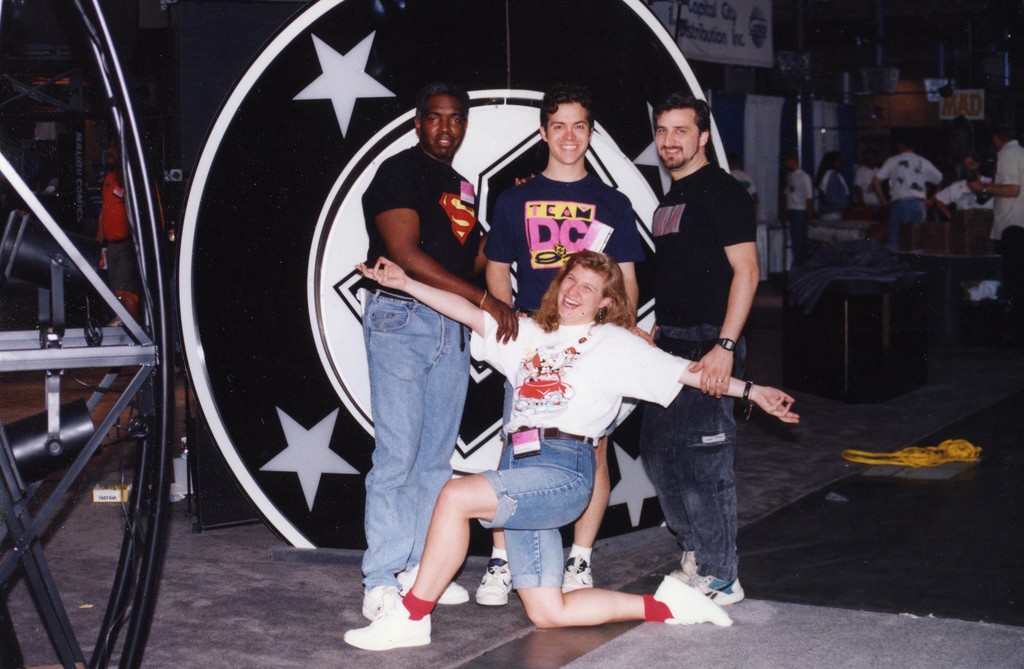 At the time, John had just created and launched the successful Xombi book for DC’s Milestone imprint.   Considered one of the smartest and most unique books on shelves at the time I assumed that, as its creator, John would be a bit stand-offish and intimidating.  But he turned out to be just the opposite.  John was warm and gracious, and willing to do whatever he could do to help us (the DC marketing team) promote his book.  Not only that, but I found John to be a perfectly approachable, sharp and witty guy.   As I recall, we had quite a few laughs at the DC booth that weekend. 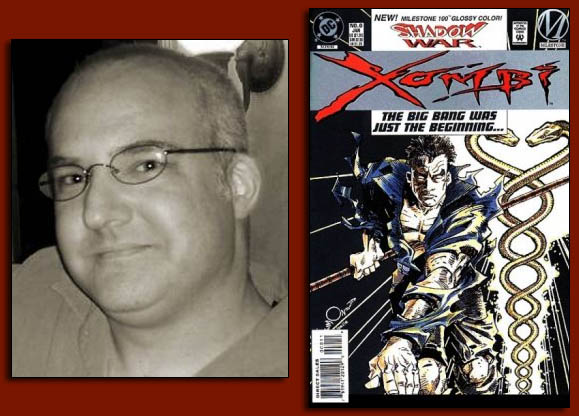 Years later, when I was a new editor at Marvel I recalled how much fun I had meeting John and how much I enjoyed his work – so I called him up to ask if he’d be willing to contribute to an anthology I was putting together at the time.  Once again, John proved to be a pro and once again he contributed to making my job easier.

After that, it would be years before we’d again cross paths but we eventually would through our shared love and appreciation of pop culture, monsters and Halloween.  So now, John Rozum has inspired what’s become the most exciting month for CollectingCandy.com each and every year.  I guess you could say I owe him one… or maybe a few.  Thanks, John! 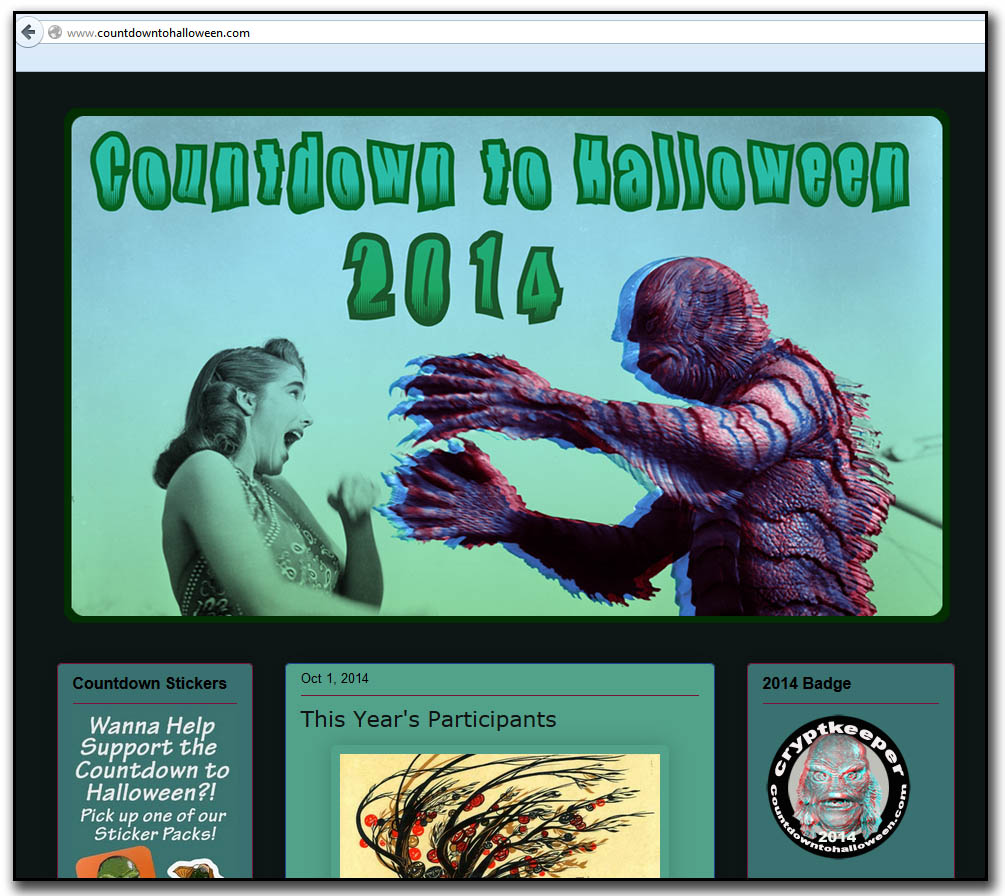 And that about wraps up my personal background with, and how I came to be a participant in, the CountdownToHalloween.

The actual process of the Countdown is left to each individual participant blog.  Being involved doesn’t mean you need to post every day or even every week.  The only demand is that you have fun with it.  Here at CollectingCandy.com we have tried to keep up a one-post-per-day regimen, and while it’s a lot of work, it’s also a lot of fun.

The format and goal I set out for our Countdown in 2013 was to alternate between vintage Halloween candy and contemporary Halloween candy coverage, which worked out pretty great.  So that’s going to be format we endeavor to follow this year as well.

Over the past few weeks, that’s meant a lot of digging through files and quite a lot of scanning and Photoshop work. 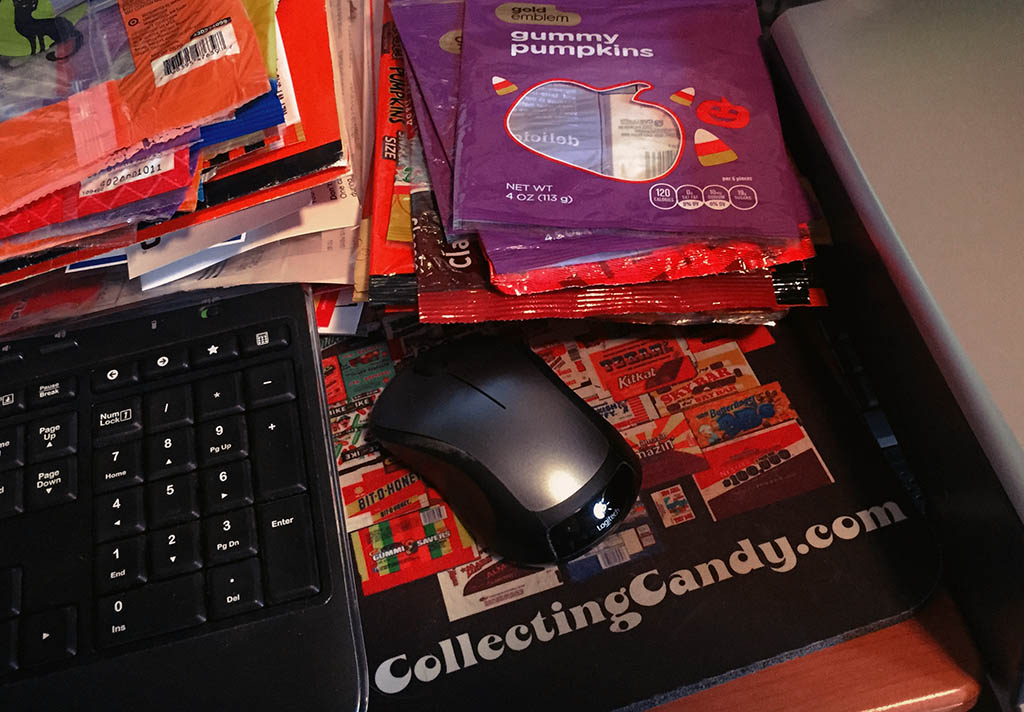 It’s also meant a good deal of shopping for the new stuff that’s being released this year.  As a candy collector, the Halloween season is a particularly exciting and enjoyable one, as the packaging and designs for Halloween releases tend to be some of the most fun and inventive. 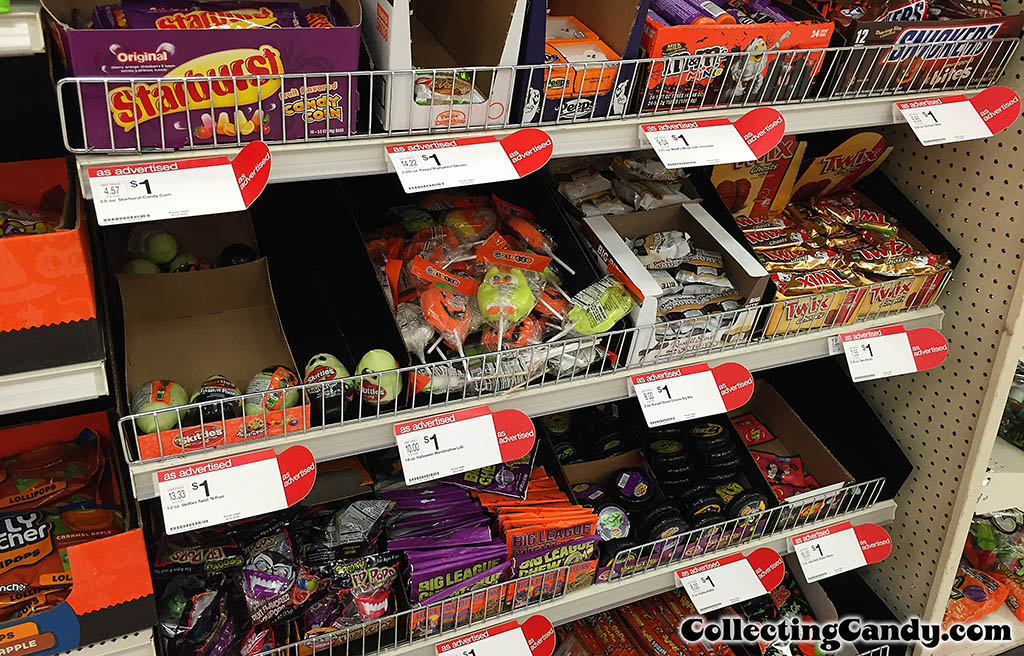 The new year has also meant a tweak to our CollectingCandy.com Halloween banner.  Each year I’ve opted to tweak our seasonal banner rather than completely redesign it, as I’m quite fond of the overall look of the 2012 original.  I hope you enjoy this year’s tweaked version.  Here are all three in sequence: 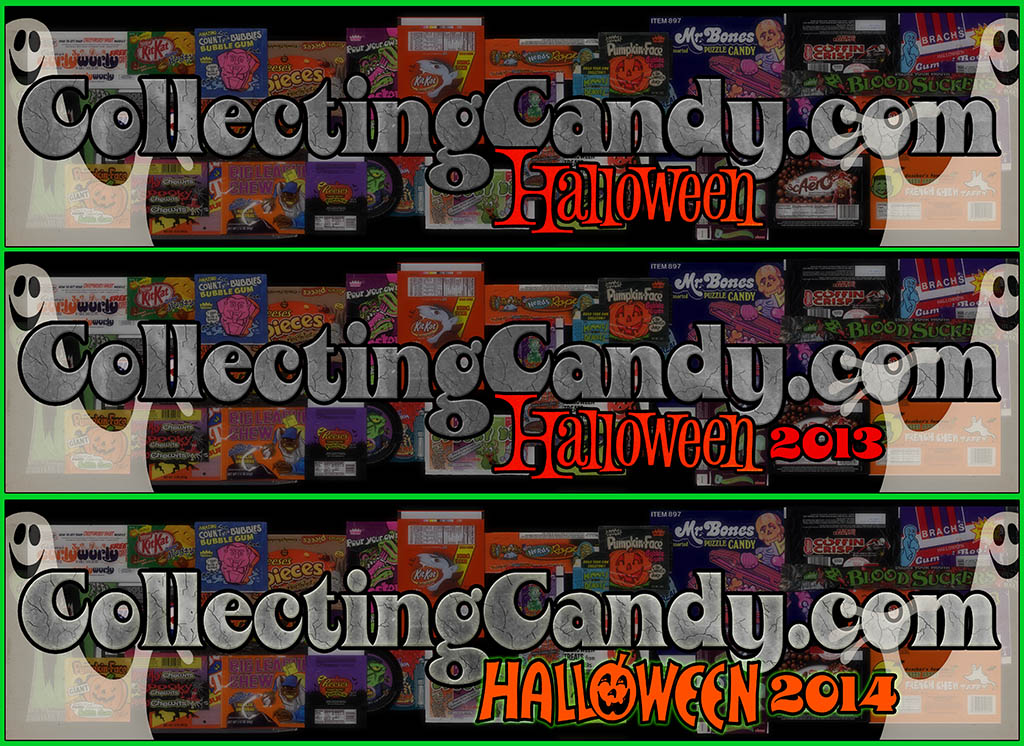 The new logo is something I pulled from an old 1970’s Dubble Bubble bubblegum Halloween package, which I’ll be showcasing later on this month during the Countdown.

And that’s everything I’ve got on the background and origins of how CollectingCandy.com came to be a part of this wonderful annual celebration.  I hope you’ll be joining us throughout the month to check-in on what interesting and creepy corners of confection we’ll be sharing.  It’s going to be a lot of fun! 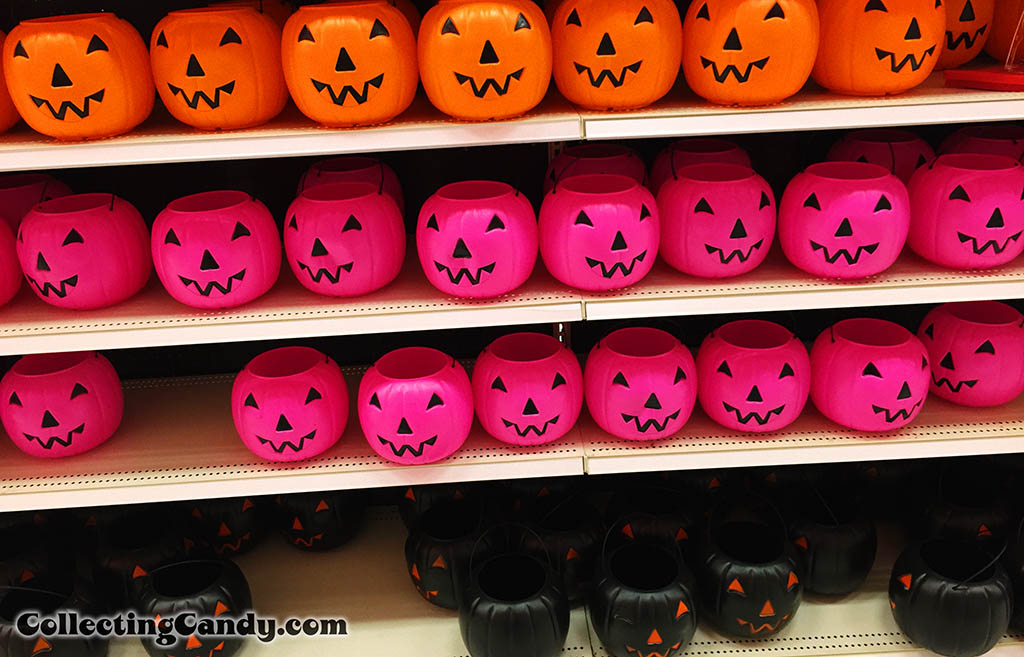 A New York City based writer, editor and sometimes actor. After spending much of the 1990′s in the comic book business helping tell the stories of Marvel Comics’ X-Men as series editor, he has since split his time between developing his own entertainment properties while still consulting and working on others. Having been described as “the Indiana Jones of lost and forgotten candy”, Jason is one of the country’s premier candy collectors and historians with his discoveries appearing in countless blogs, magazines, newspaper articles, and books. Always happy to share his knowledge and unique perspectives on this colorful part of our popular culture, Jason has consulted with New York’s Museum of Food and Drink and has also been a featured guest on Food Network’s Heavyweights, France’s M6 Capital, and New York’s TheActionRoom.com. My Google Profile+
View all posts by Jason Liebig →
This entry was posted in CountdownToHalloween, Halloween, Holiday, Uncategorized and tagged candy collecting, candy collection, candy collector, candy wrapper collection, candy wrapper collector, collectible, collecting candy, confectionery, confections, CountdownToHalloween, Halloween, packaging, seasonal, sweets, vintage candy wrapper, wrapper. Bookmark the permalink.

3 Responses to Kicking off Our CountdownToHalloween Coverage for 2014!!