Oscar Sunday and a Hooray for the Hollywood candy bar!

It’s Oscar Sunday, and on a night that celebrates the cinema, I’d like to celebrate a few pieces of candy packaging that have a Hollywood connection.

In a way, so much of the vintage candy I talk about is connected to the movies.  After all, how many of our favorite confectionery treats were consumed during matinees in dark theaters?

I can easily recall a few Summer Saturdays where my brother and I would settle in for a Sinbad adventure or later when Star Wars exploded into my young world through the power of the silver screen.  On those days, I’d usually pick a Sprite along with a box of Hot Tamales or Milk Duds to join me for the fun. 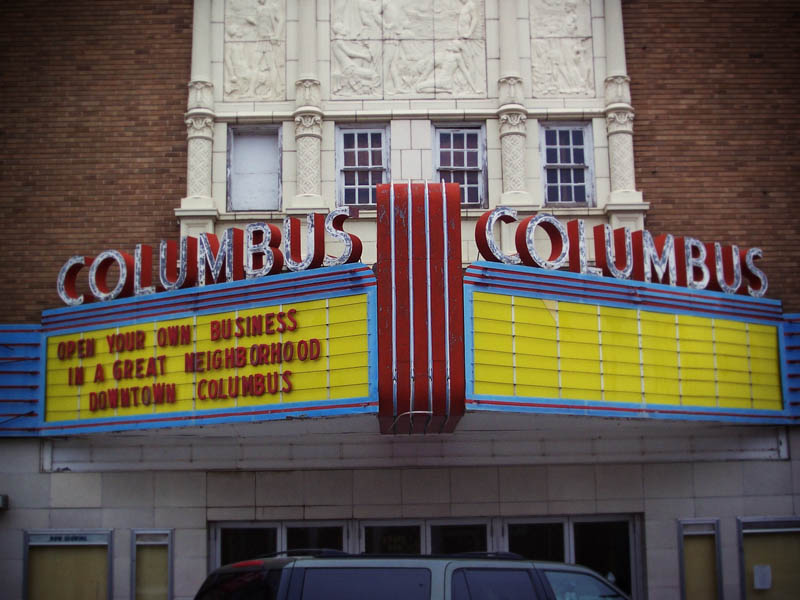 My childhood movie theater. Sadly shuttered since the early 1990's.

Though I don’t have any vintage photos from inside my childhood movie theater, Jim French allowed me to share one of his, from a family album.  It features his theater’s snack bar, as his grandmother looks on (she was manager of the theater at the time.)  I think this captures the era so well – look at all of those great old candy boxes!: 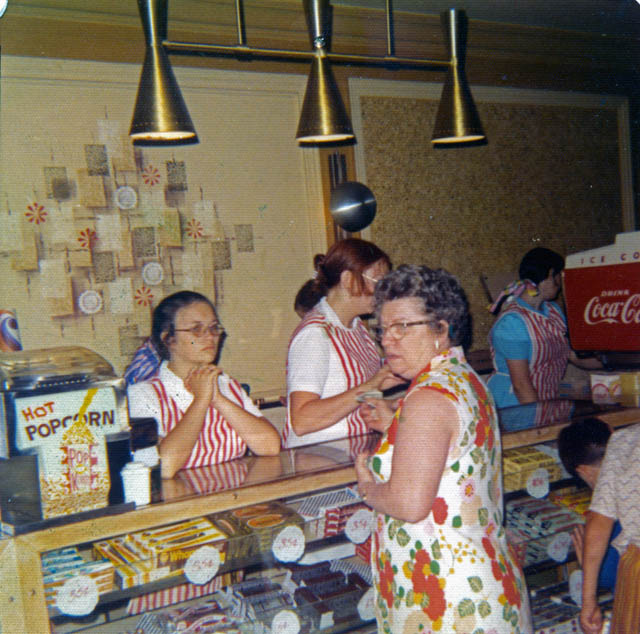 Candy and the movies just go together – it’s a magic combination.  So it should come as no surprise then, that candy makers have often made overt efforts to solidify their cinematic relationship.

With a name like Movietime, it’s clear that the Walter Johnson Candy company was hoping to get this one into pictures, or at least into picture houses.

And how about Fenn’s Big Bogie – do you think they wanted to tie into the name of the man who won an Oscar in 1951 for The African Queen? 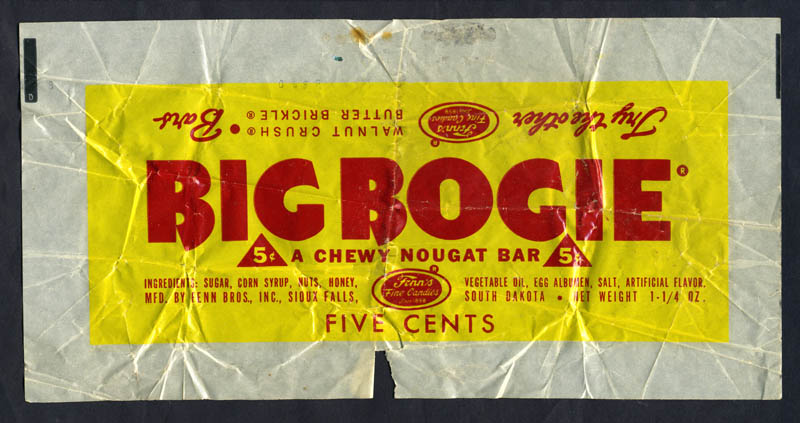 Another wrapper I found in my files might not be connected to the movies at all, though I’m confident the name is a less-obvious riff on the love of celebrity. 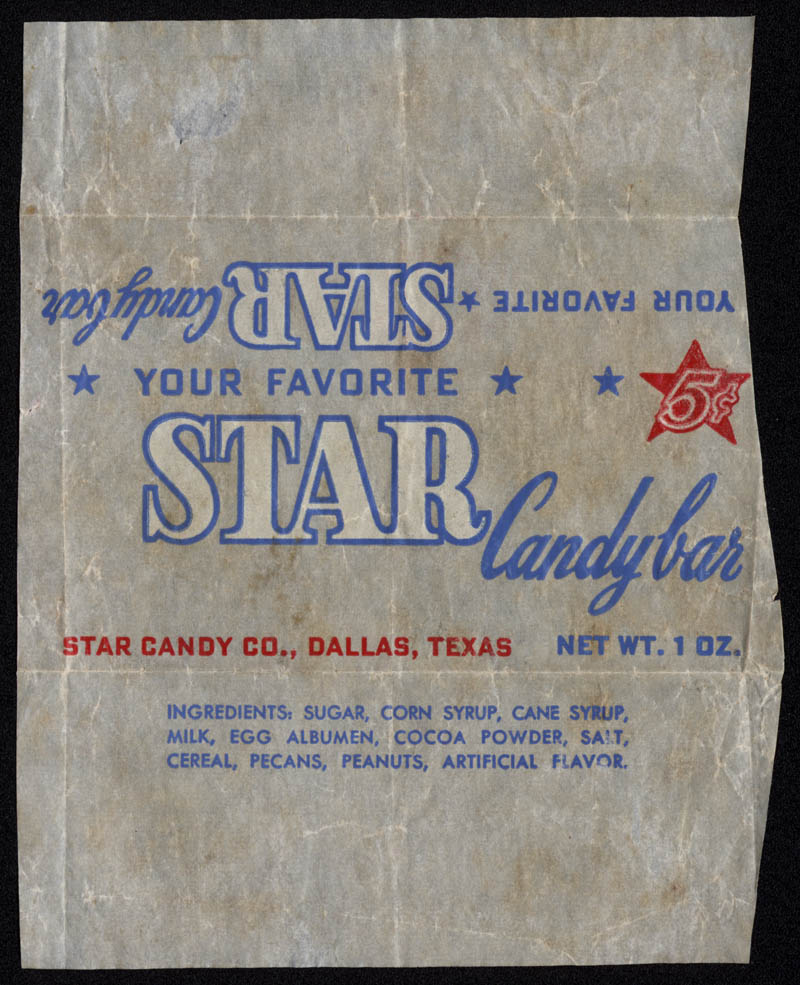 A far more obvious connection to Oscar night comes out of the candy bars produced by the Hollywood Candy company.   When I first started collecting candy packaging, I wasn’t familiar with the name, but I did know a few of their brands. 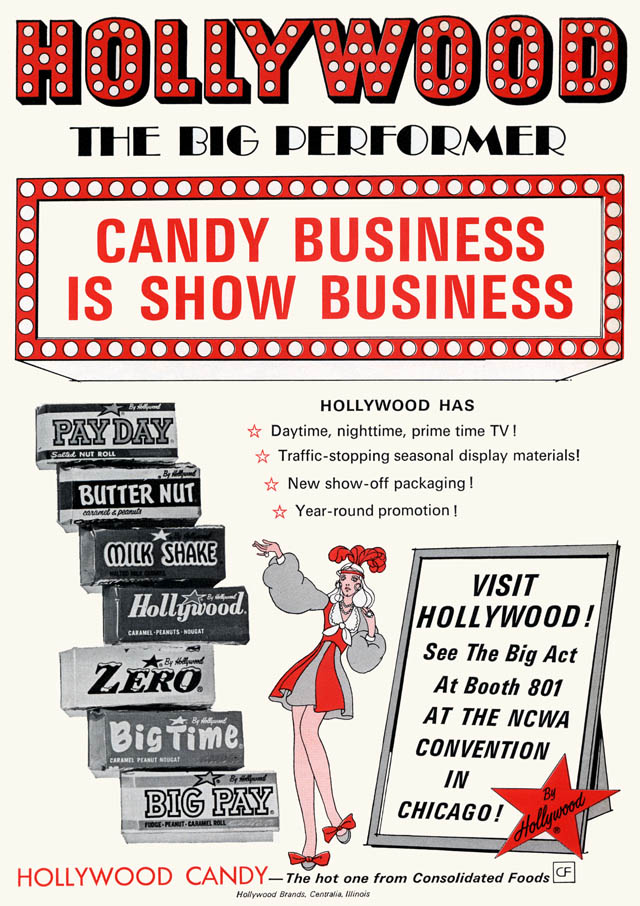 The Hollywood Candy company was founded in 1912, and through most of the twentieth century, they were one of the largest confectionery companies in the United States.  Producing popular brands such as Zero, Butter-Nut, and PayDay, they also had a namesake bar – Hollywood. 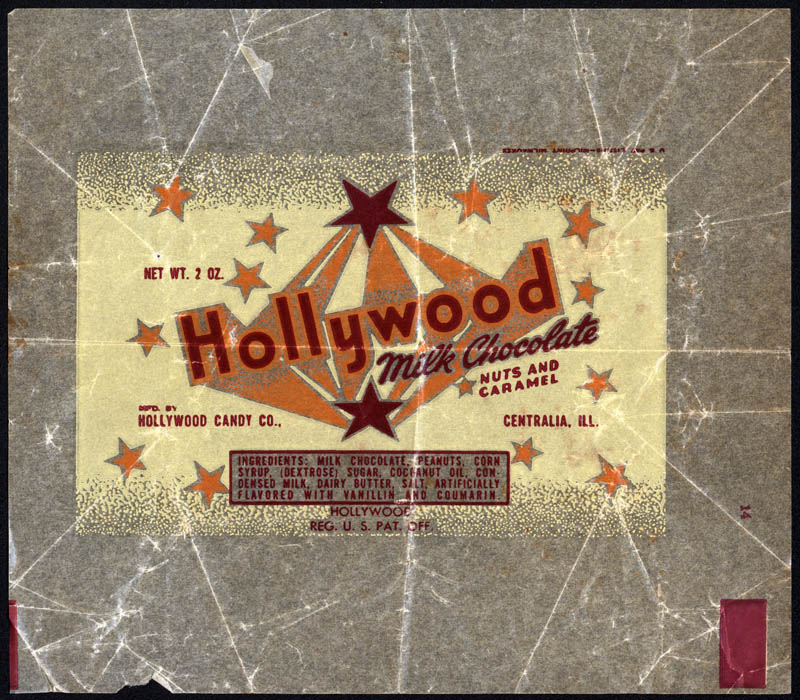 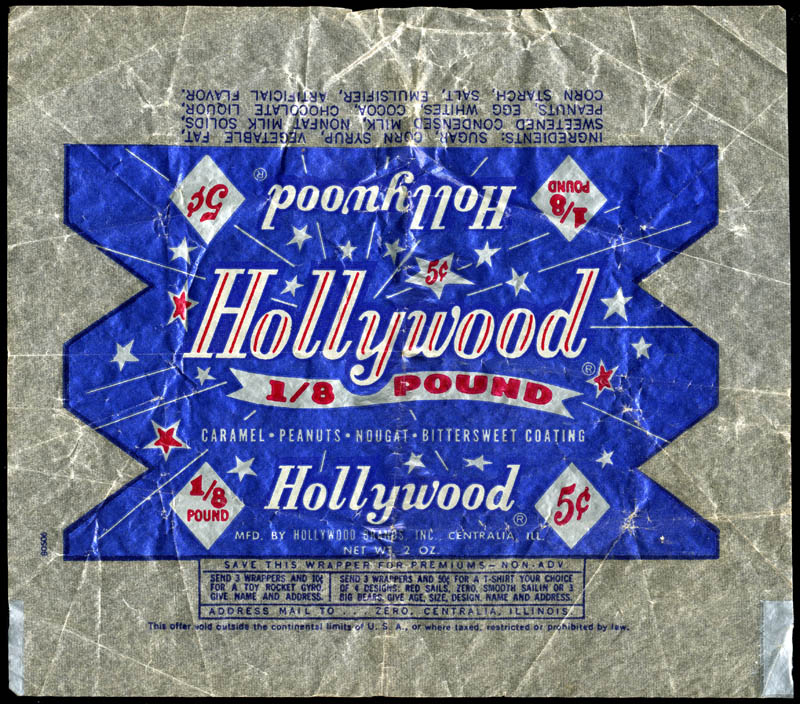 Though they were still producing candy bars as late as the 1980’s, the Hollywood Candy Company isn’t around anymore.  Only a pair of their classic bars still exist, Zero and Payday, and those are now produced and sold by Hershey.

So that’s all for today’s Oscar-inspired entry.

I love the magic of the movies, so I’ll be sitting down tonight to watch the Oscars – I’m also curious to see Billy Crystal back as host.  I think it’s going to be fun.

Finally, one of my favorite vintage Hollywood Candy ads.  It features a memorable trio I call “The Wrangler Girls”: 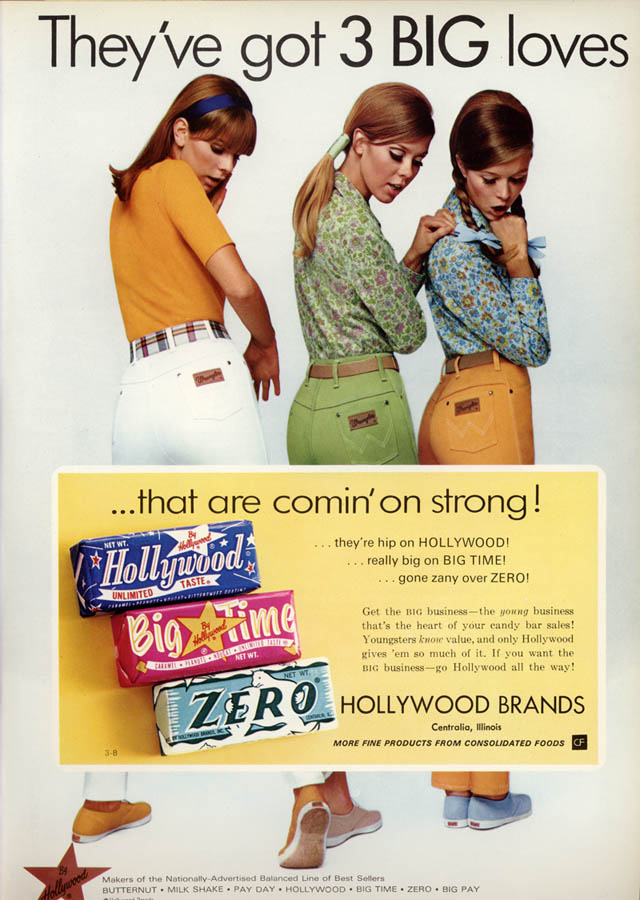 A New York City based writer, editor and sometimes actor. After spending much of the 1990′s in the comic book business helping tell the stories of Marvel Comics’ X-Men as series editor, he has since split his time between developing his own entertainment properties while still consulting and working on others. Having been described as “the Indiana Jones of lost and forgotten candy”, Jason is one of the country’s premier candy collectors and historians with his discoveries appearing in countless blogs, magazines, newspaper articles, and books. Always happy to share his knowledge and unique perspectives on this colorful part of our popular culture, Jason has consulted with New York’s Museum of Food and Drink and has also been a featured guest on Food Network’s Heavyweights, France’s M6 Capital, and New York’s TheActionRoom.com. My Google Profile+
View all posts by Jason Liebig →
This entry was posted in 1960's, 1970's, Chocolate. Bookmark the permalink.

5 Responses to Oscar Sunday and a Hooray for the Hollywood candy bar!