Earlier this afternoon I was alerted to the fact that today is National Peanut Butter and Jelly Day!  Well, I couldn’t let the great occasion pass me by so I rapidly searched out a few fun PB&J pieces from the CollectingCandy.com archives and brought them together for today’s post.  Let’s get to them!

Peanut Butter & Jelly is a classic kid flavor combination, so it should come as no surprise that several confectioners have sought to fashion ways to incorporate it into their candy products over the years.

The earliest piece in my collection to invoke this flavor combination is a PB&J peanut butter cup from Russell Stover, with Welch’s-branded grape filling: 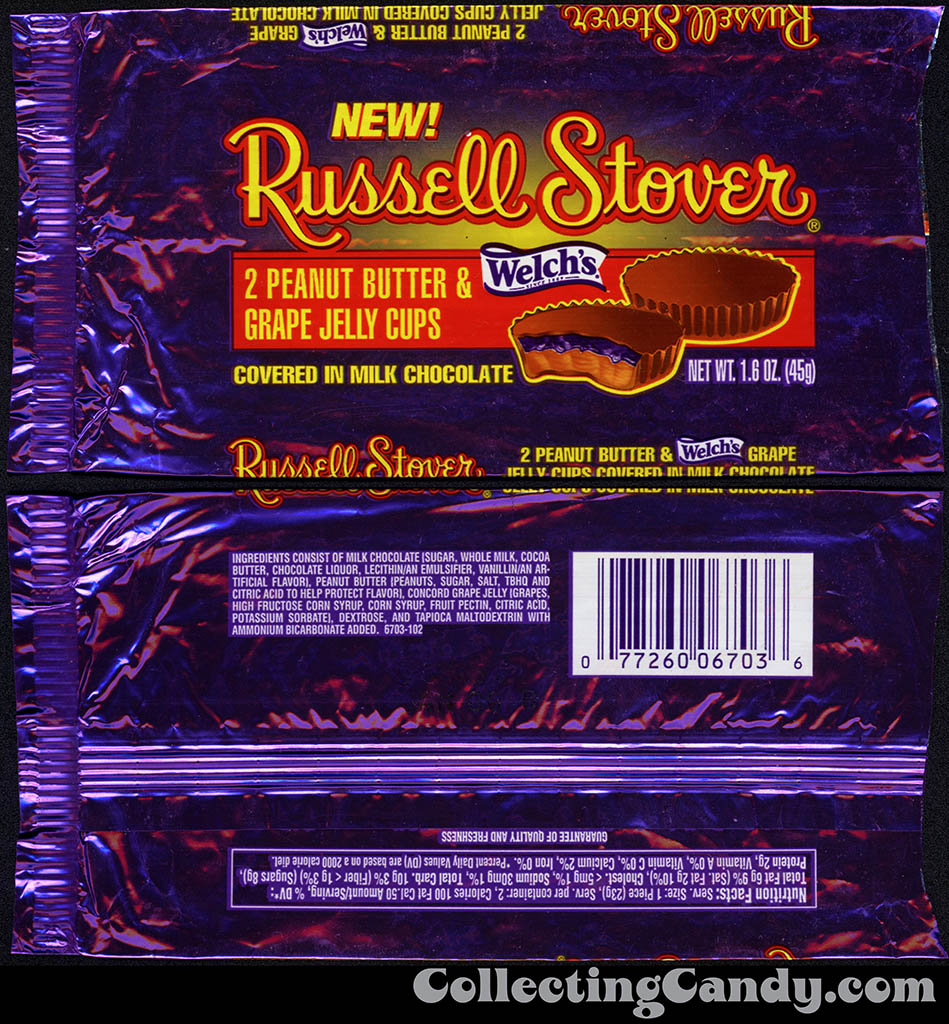 This reminds me that while we were getting all manner of limited edition flavor Reese’s cups a few years back, I don’t think we ever got a PB&J version.  We got Elvis-themed Peanut Butter and Banana Reese’s but I think that’s as close as we came.  Am I wrong and did we actually get a PB&J Reese’s?  I’d sure like to see one!

Next up is another piece from the 1990’s which is as much snack as confection, but I include it as it is most certainly the single coolest PB&J piece in my collection.

Following on the heels of the successful launch of Planters P.B. Crisps in 1993, the company created two product line extensions; Chocolate Crisps and finally PB&J Crisps.  PB&J Crisps were released right at the end of the line’s life cycle and so they’re awfully tough to find any information on.  In fact, what is shown below is the only known example of an original PB&J Crisps package that you’ll see anywhere.  Let’s take a look: 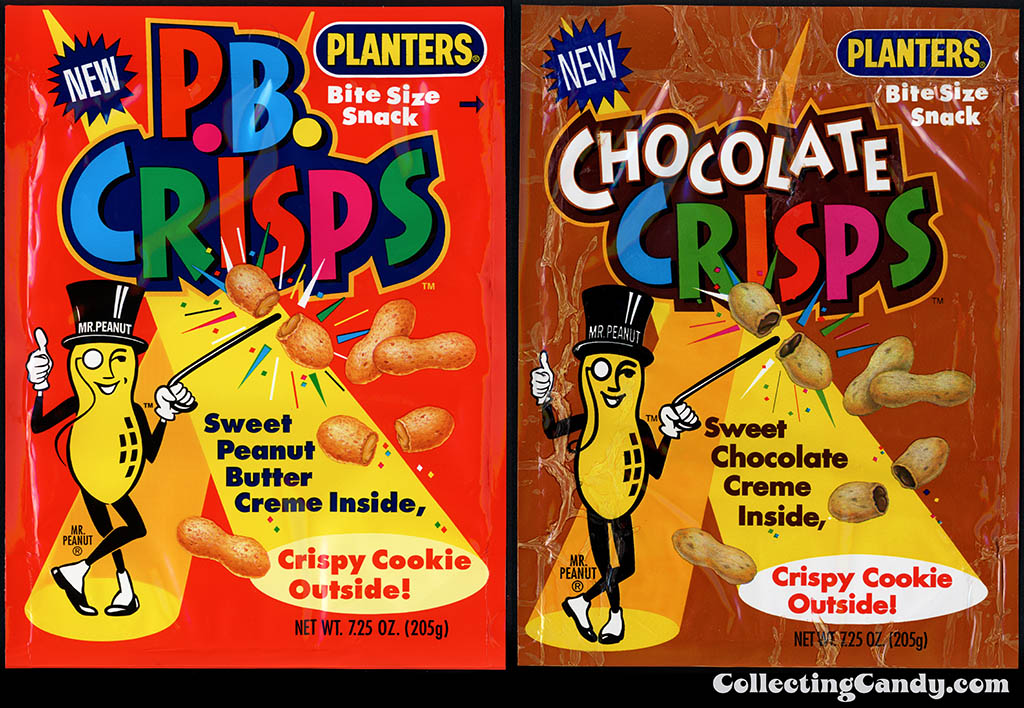 And here’s the star of today’s post, Planter’s PB&J Crisps! 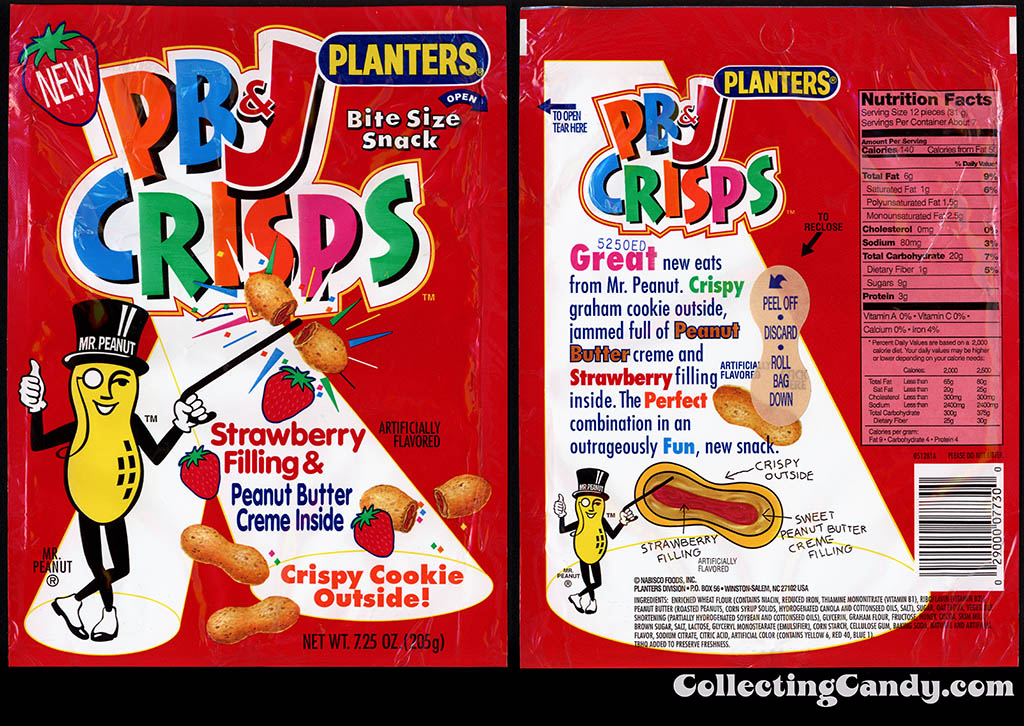 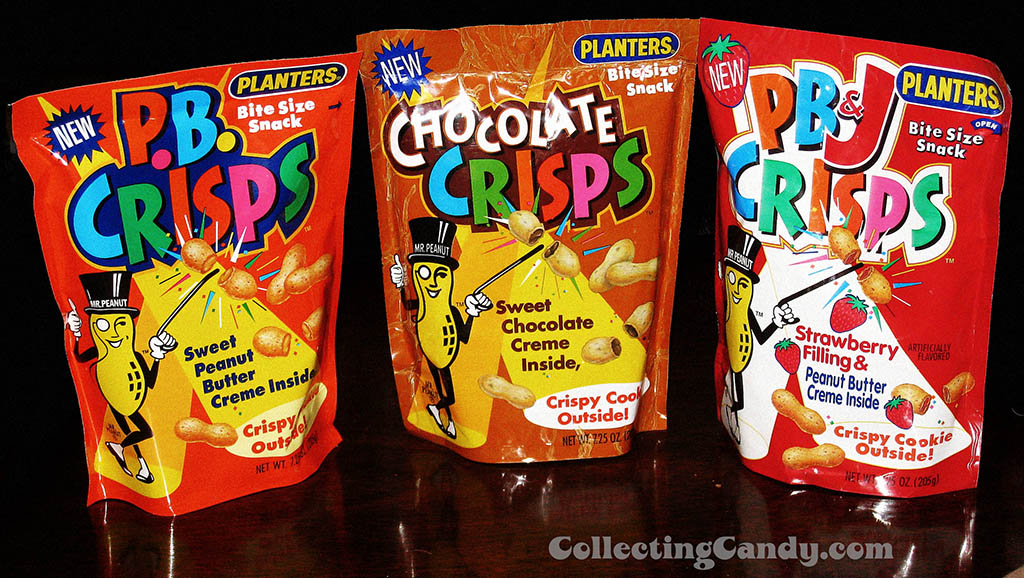 Those look pretty tasty, don’t they?  Anyone remember PB&J Crisps? 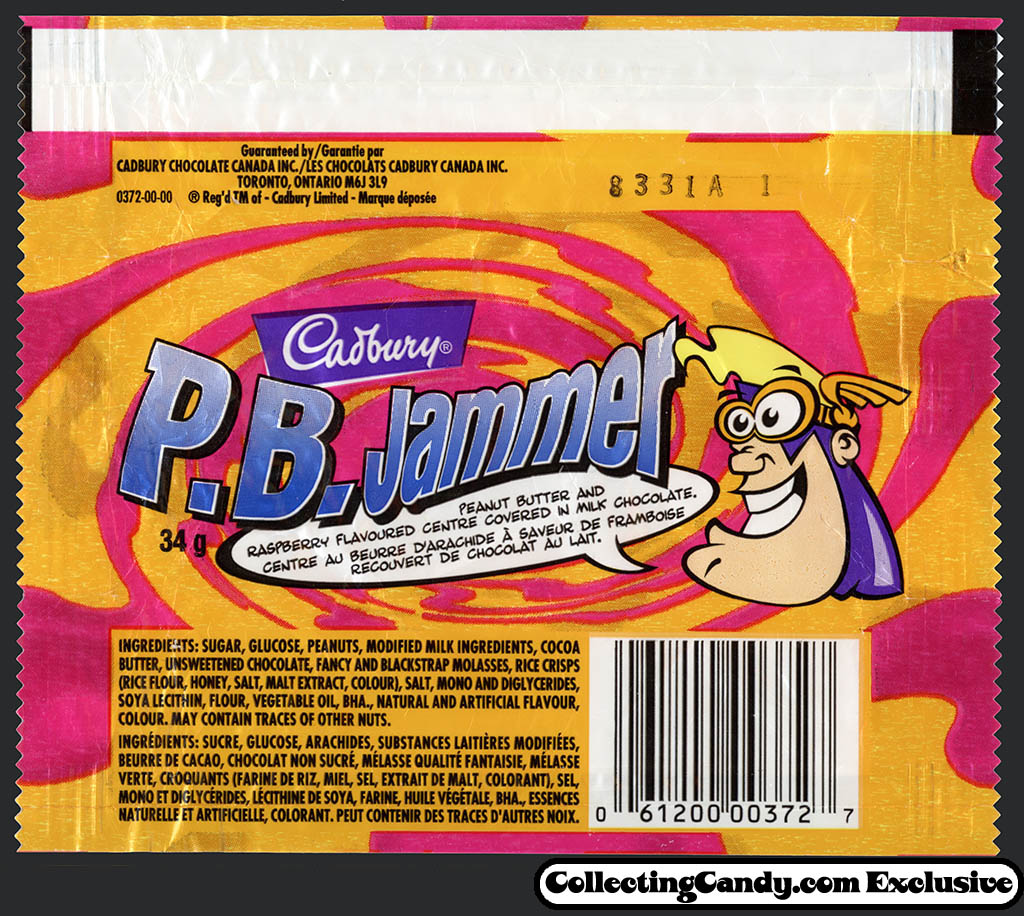 As we jump up to the modern era, there are a number of PB&J-flavored confections to showcase.

The first up is a PB&J edition of Mary Jane’s from the Necco company that was part of a four-flavor Halloween “Wicked Mix” assortment back in 2009-2010.  Peanut Butter & Banana, Peanut Butter & Vanilla as well as Smores were the other three flavors included: 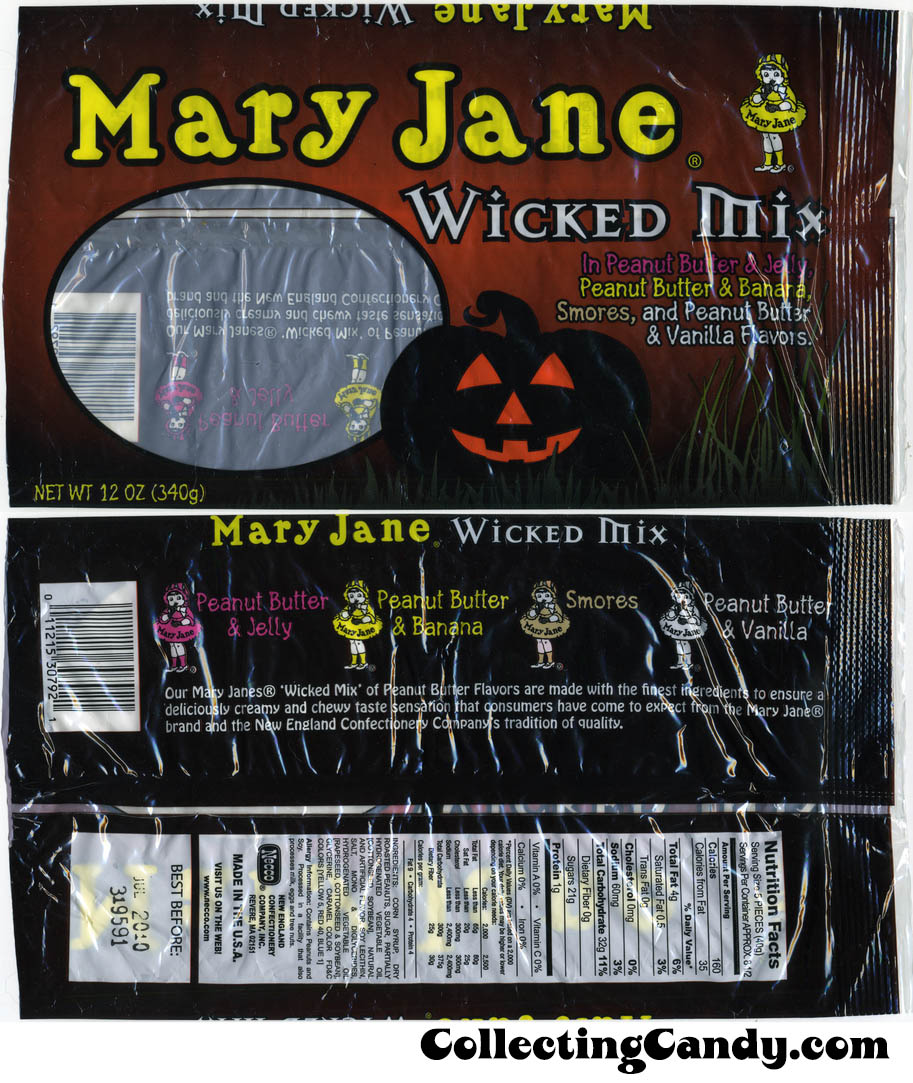 Here are the individual wrappers – I believe the purplish wrapper was the PB&J: 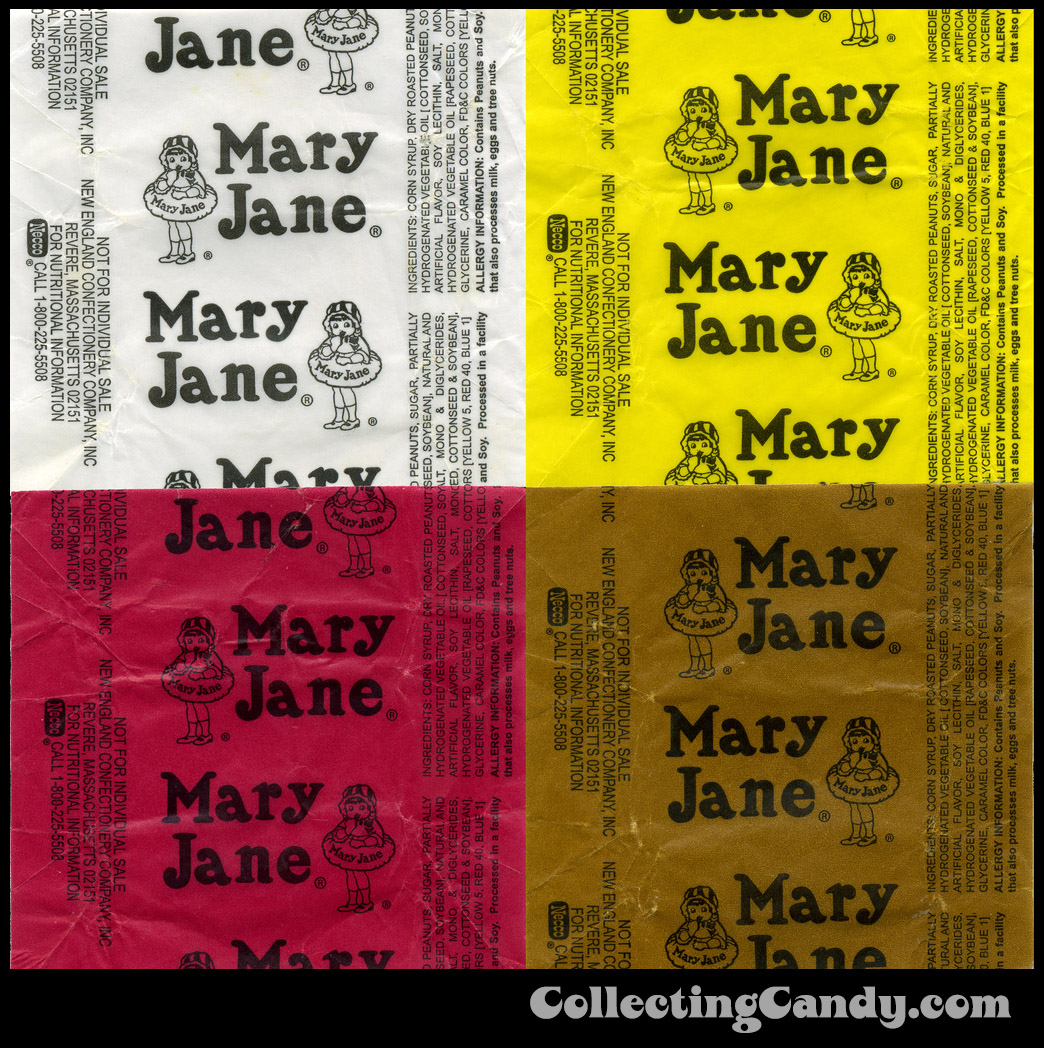 Next up is a PB&J treat that is currently available from Trader Joes and has become one of their signature items – it is certainly their best known confectionery offering: 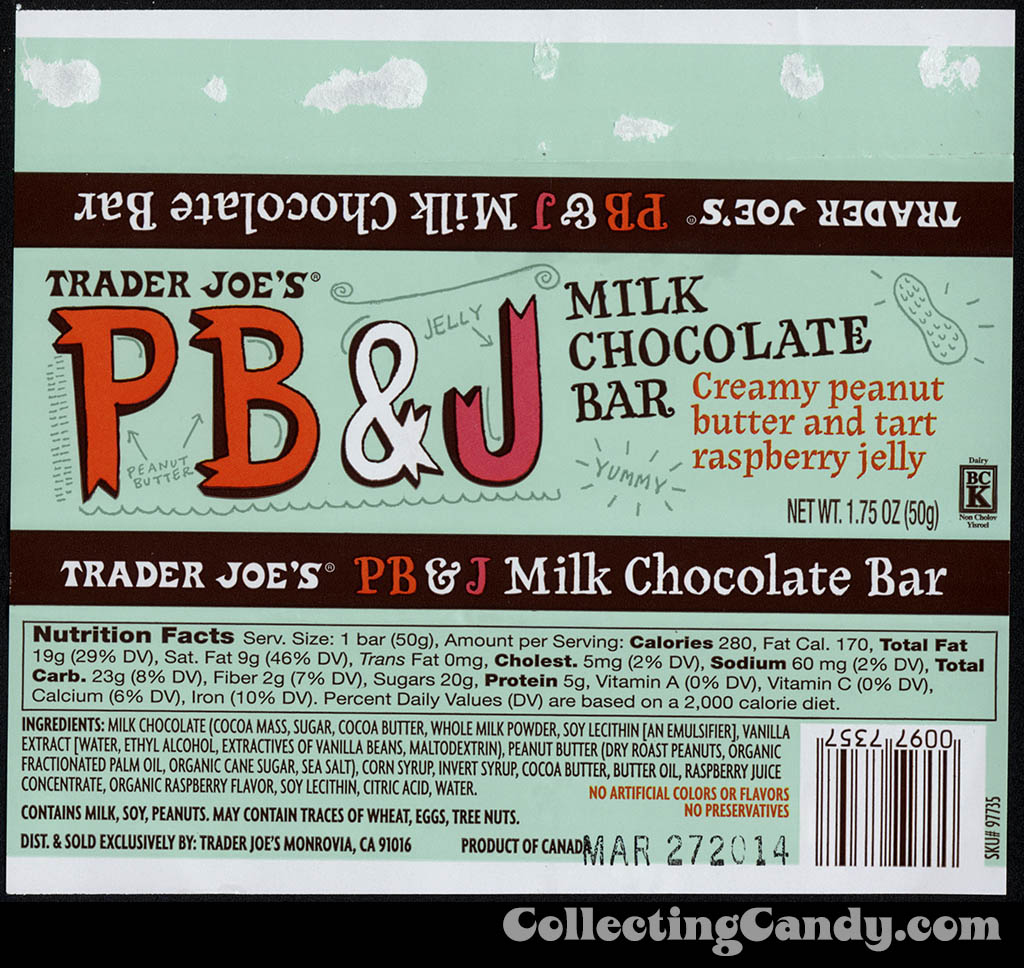 From the West Coast and the Annabelle Candy Company is a PB&J edition of their classic Abba-Zaba taffy bar: 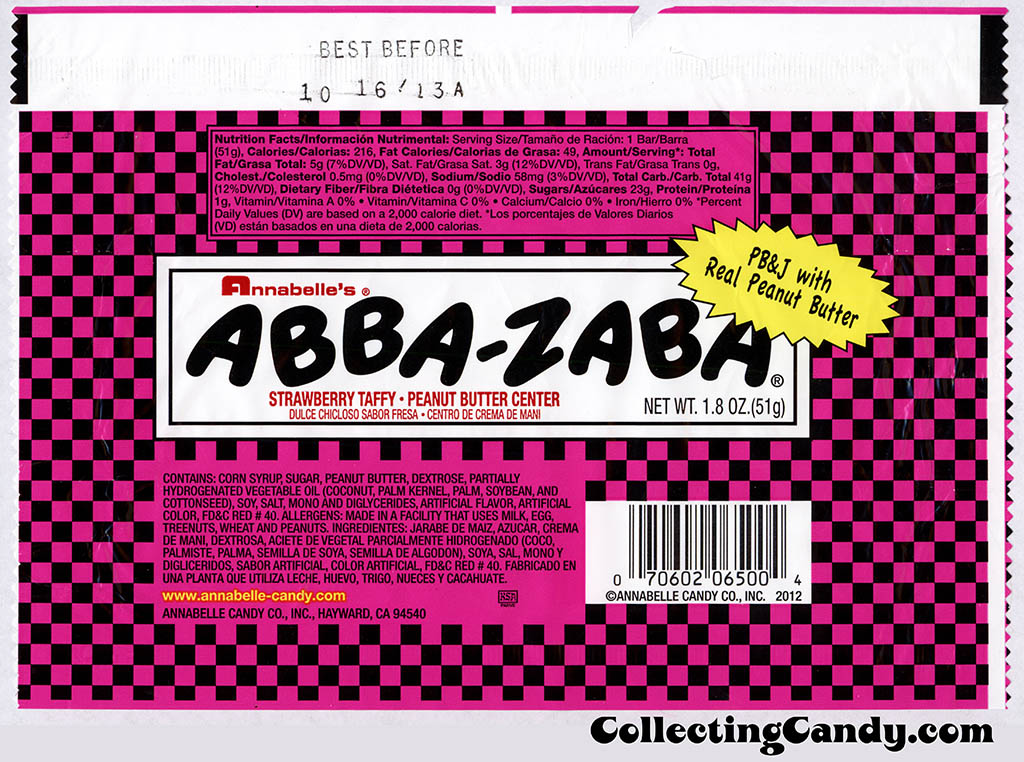 And finally, the last PB&J offerings to share today are also the most recent.  You can still find these on shelves and they are simply named PB&J’s.  There are two different flavors and each comes in a box with cute little peanut and fruit mascot characters illustrated on them: 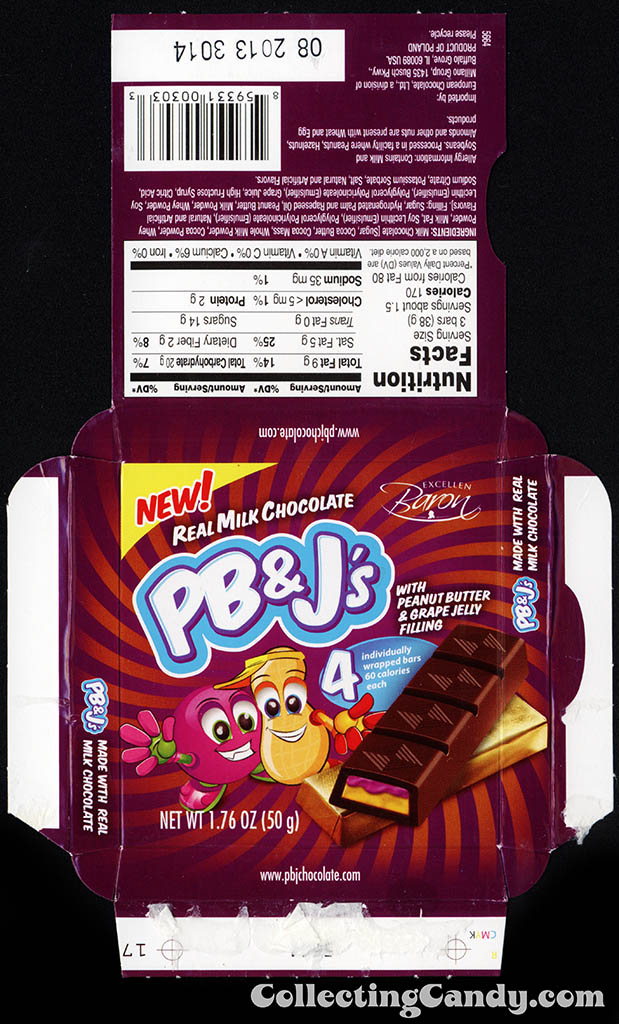 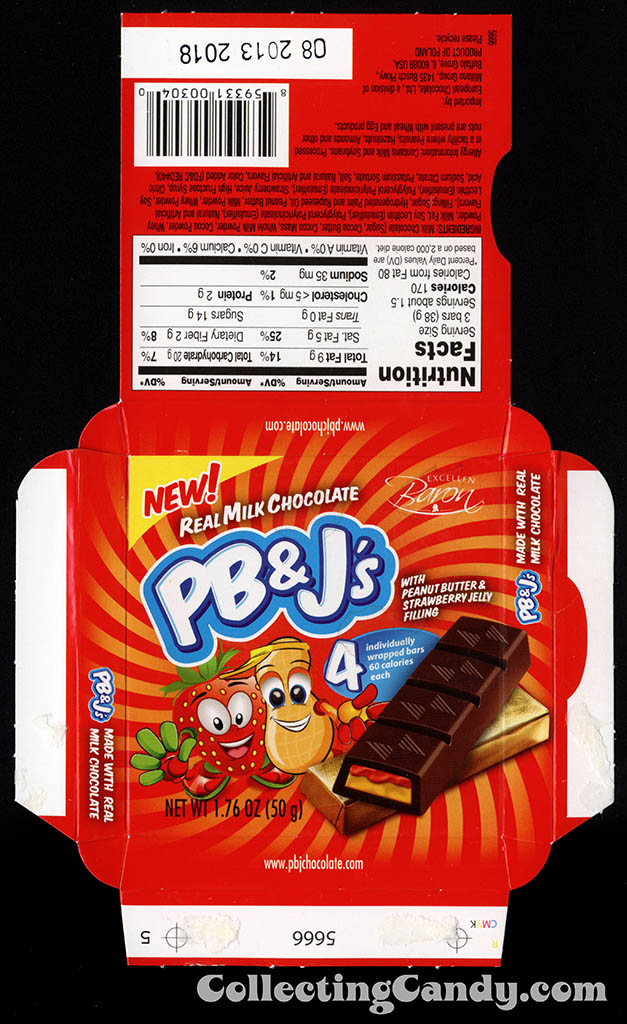 And that’s everything I was able to quickly bring together to mark the National Peanut Butter and Jelly Day.   Hope you dug it, and I hope you get to enjoy an honest-to-goodness PB&J sandwich soon.

P.S. Sadly, my old fave, Peter Paul’s Peanut Butter with No Jelly didn’t make the cut today as it doesn’t really count as a PB&J.  Well, how about just one? 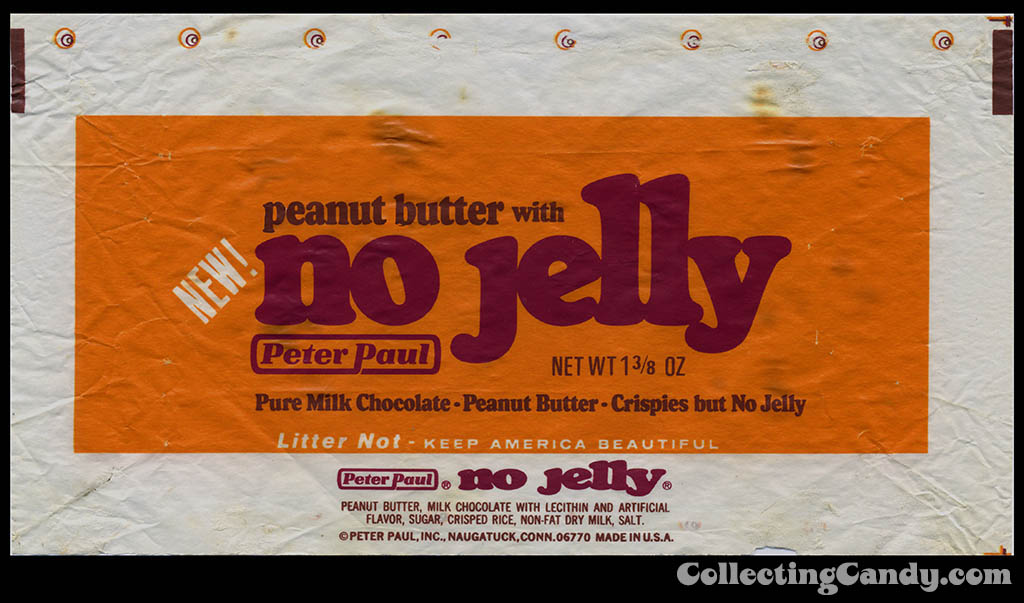 A New York City based writer, editor and sometimes actor. After spending much of the 1990′s in the comic book business helping tell the stories of Marvel Comics’ X-Men as series editor, he has since split his time between developing his own entertainment properties while still consulting and working on others. Having been described as “the Indiana Jones of lost and forgotten candy”, Jason is one of the country’s premier candy collectors and historians with his discoveries appearing in countless blogs, magazines, newspaper articles, and books. Always happy to share his knowledge and unique perspectives on this colorful part of our popular culture, Jason has consulted with New York’s Museum of Food and Drink and has also been a featured guest on Food Network’s Heavyweights, France’s M6 Capital, and New York’s TheActionRoom.com. My Google Profile+
View all posts by Jason Liebig →
This entry was posted in 1970's, 1990's, Peanut Butter and tagged candy collecting, candy collection, candy collector, candy wrapper collection, candy wrapper collector, collectible, collecting candy, confectionery, confections, packaging, sweets, vintage candy wrapper, wrapper. Bookmark the permalink.