Early last year I published a piece on the souvenir candy packaging that is often available at Disney theme parks.  It was a lot of fun showcasing the pieces I had for that and it reminded me that there has been quite a lot of Disney candy over the years licensed for sale at standard retail.  One of the companies that was in the licensed Disney candy business for decades was American Candy Co.   Today I’ll be looking at American Candy’s Disney hard candy lineup first launched in 1977.

Initially previewed for the candy trade during the American Bicentennial in 1976, American (then American Candy Manufacturing) published the following advertisement.  The ad played on the company’s name as well as seeming to want to leverage the popularity of the Bicentennial celebration.  It did not feature any actual product photos: 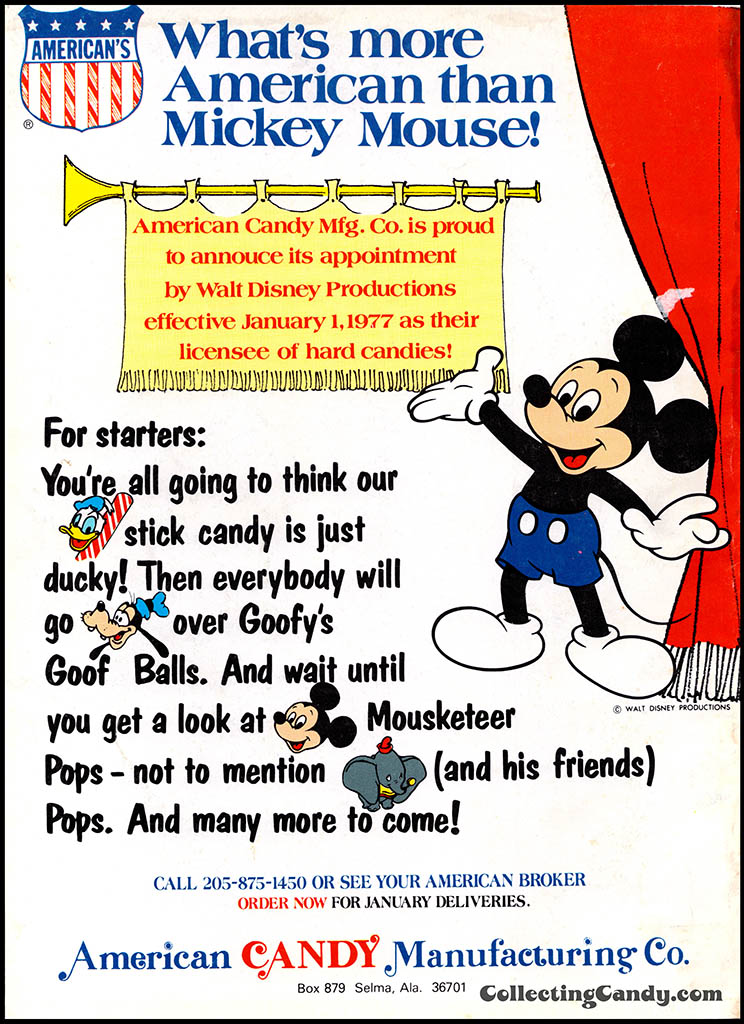 Just a few months later in March 1977, American Candy would showcase their actual product with the following ad: 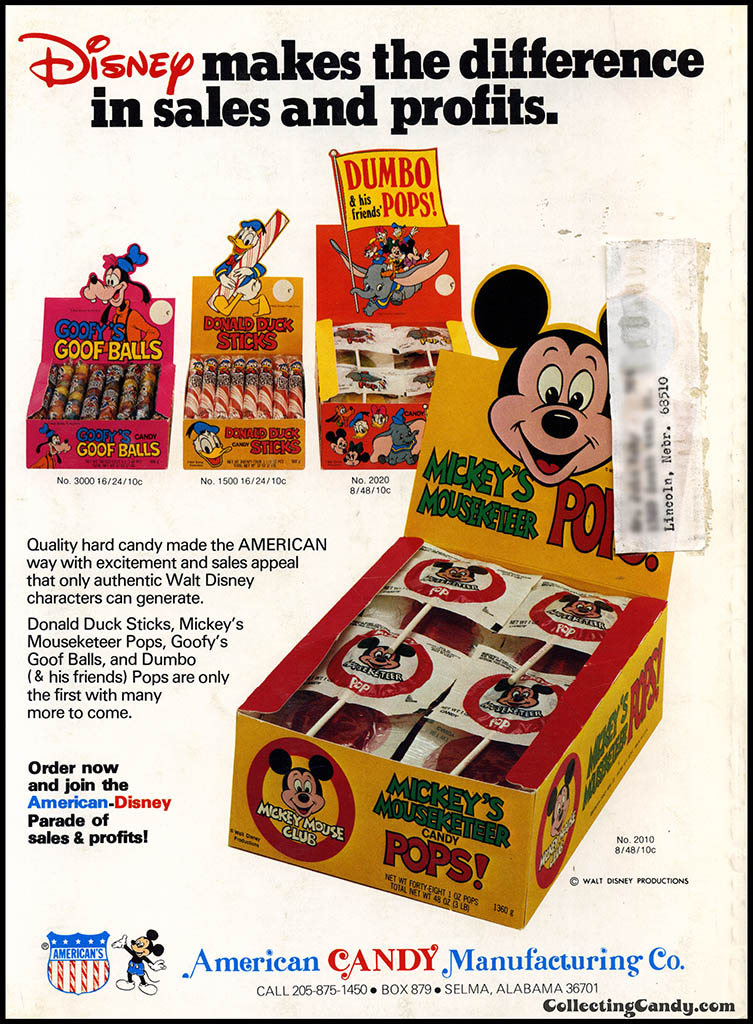 Finally, in October of that same year, another ad would roll out to the candy trade focusing on consumer satisfaction.  It features a pretty great quartet of 70’s kids enjoying the treats: 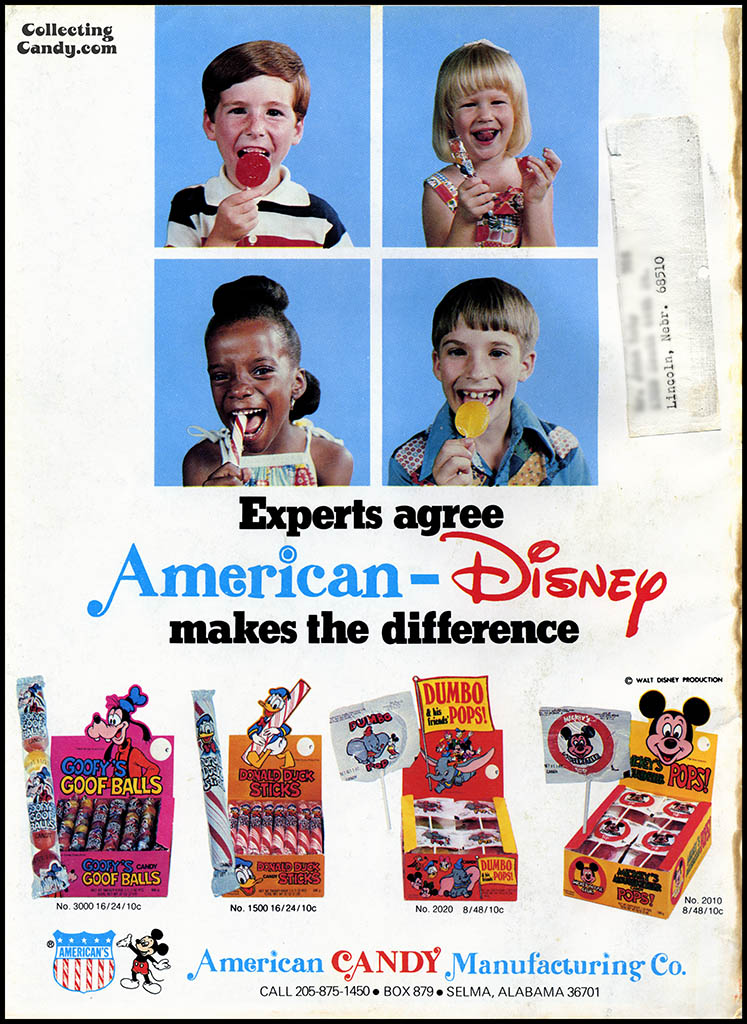 I’m fortunate that over the last couple of years I’ve picked up packaging examples for every one of these American Candy Disney treats and added them to my collection.  Here they are: 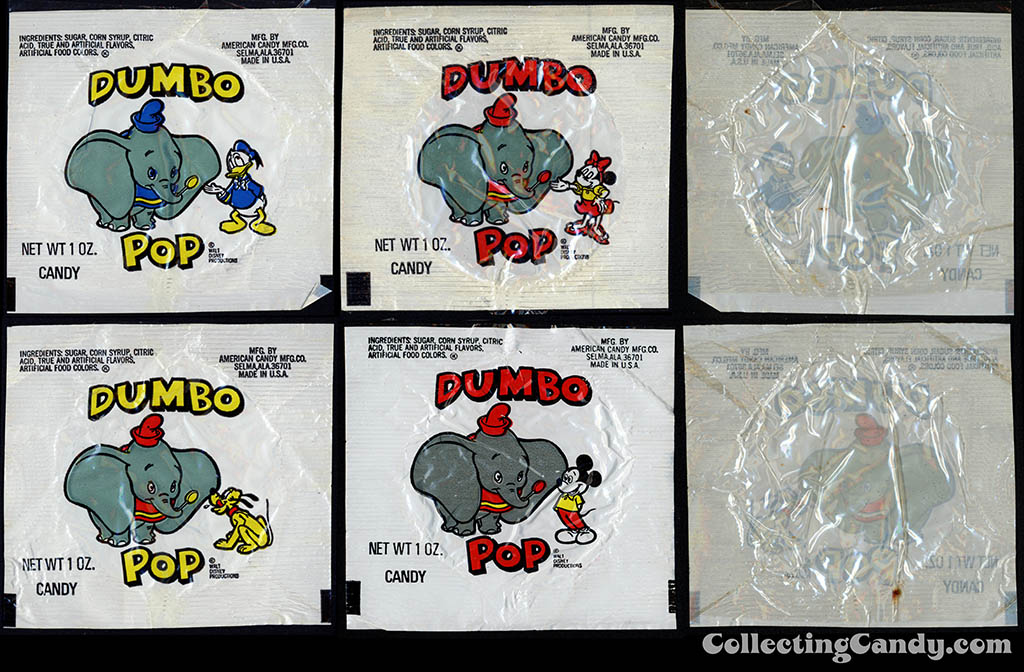 I did some research to try to determine what became of American Candy or if they’re still around and I couldn’t come up with anything conclusive.  They certainly don’t appear to be in business anymore.  In going through my archives I did learn that American Candy was still in the licensed Disney candy business as late as 1996: 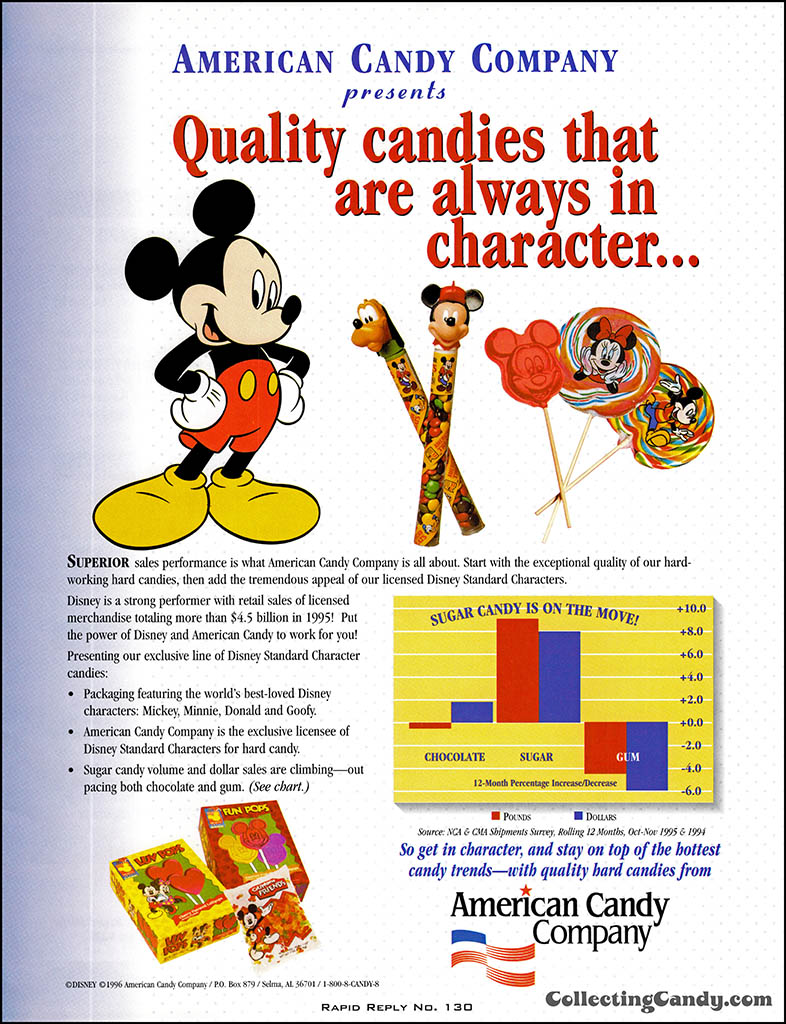 So it would appear that American Candy’s partnership with Disney lasted two decades at the very least.

And that’s everything I’ve got to share today on American Candy’s lineup of Disney hard candies from the 1970’s.  See you next time! 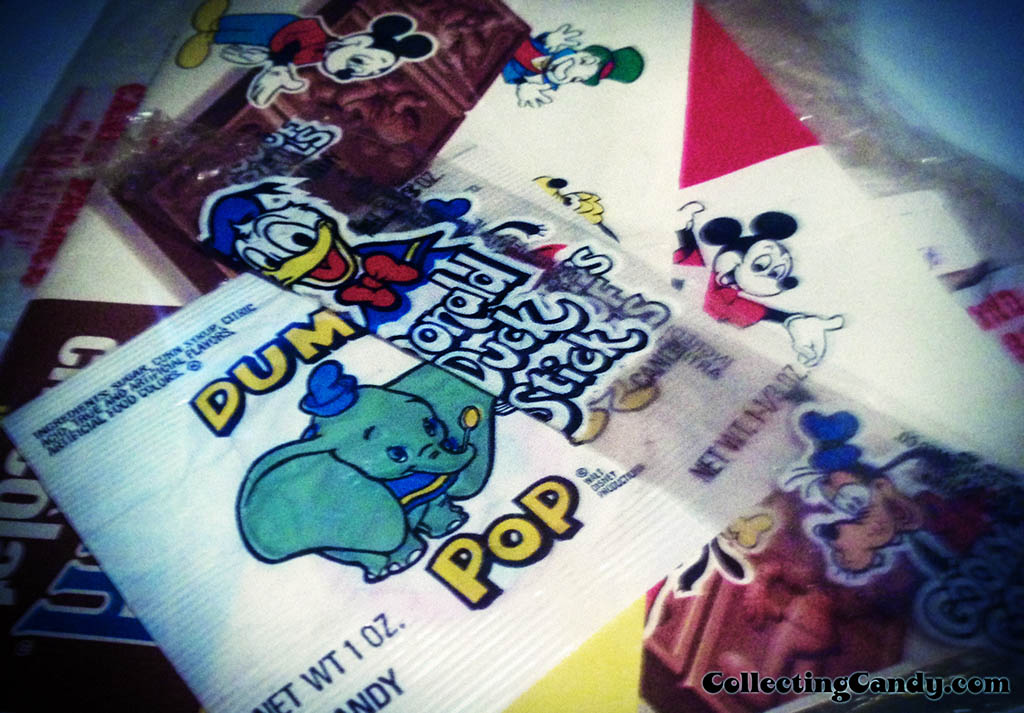 A New York City based writer, editor and sometimes actor. After spending much of the 1990′s in the comic book business helping tell the stories of Marvel Comics’ X-Men as series editor, he has since split his time between developing his own entertainment properties while still consulting and working on others. Having been described as “the Indiana Jones of lost and forgotten candy”, Jason is one of the country’s premier candy collectors and historians with his discoveries appearing in countless blogs, magazines, newspaper articles, and books. Always happy to share his knowledge and unique perspectives on this colorful part of our popular culture, Jason has consulted with New York’s Museum of Food and Drink and has also been a featured guest on Food Network’s Heavyweights, France’s M6 Capital, and New York’s TheActionRoom.com. My Google Profile+
View all posts by Jason Liebig →
This entry was posted in 1970's, Hard Candy and tagged 1970's candy, 70's candy, candy collecting, candy collection, candy collector, candy wrapper collection, candy wrapper collector, collectible, collecting candy, confectionery, confections, Disney, Donald Duck, Dumbo, Goofy, licensed, Mickey Mouse, packaging, sweets, vintage candy wrapper, wrapper. Bookmark the permalink.