Troll dolls were invented by Danish woodcutter Thomas Dam in 1959.  Dam created his first Trolls as a way to provide affordable playthings for his daughter and once her friends saw them, word spread.  Within a few years, Trolls became a worldwide sensation and they would continue to be one through the 1960’s.  The worldwide Troll craze would eventually die down but in the early 1990’s enthusiasm for Trolls would come back bigger than ever. The 1990’s saw all sorts of licensed tie-ins and products featuring the colorfully-haired Troll folk.

One of those 1990’s products was a Troll-shaped gummi candy from the Trolli company.

It seems like a partnership destined to be for the Trolli company to be the one to produce a gummi candy based on Trolls, and I’m sure it played into how the deal came together.

Here’s a look at a candy industry trade ad from the period highlighting the fun of Trolls and Trolli’s gummi candies based on them: 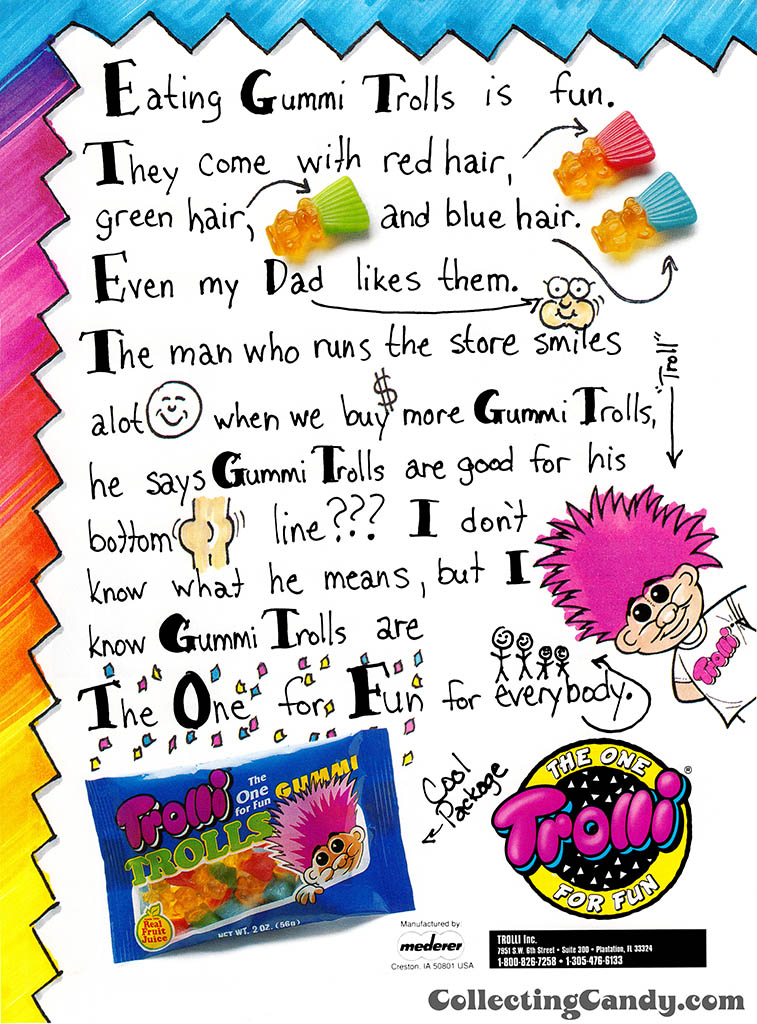 I’m fortunate to have one of the those Gummi Trolls packages in my collection and here it is: 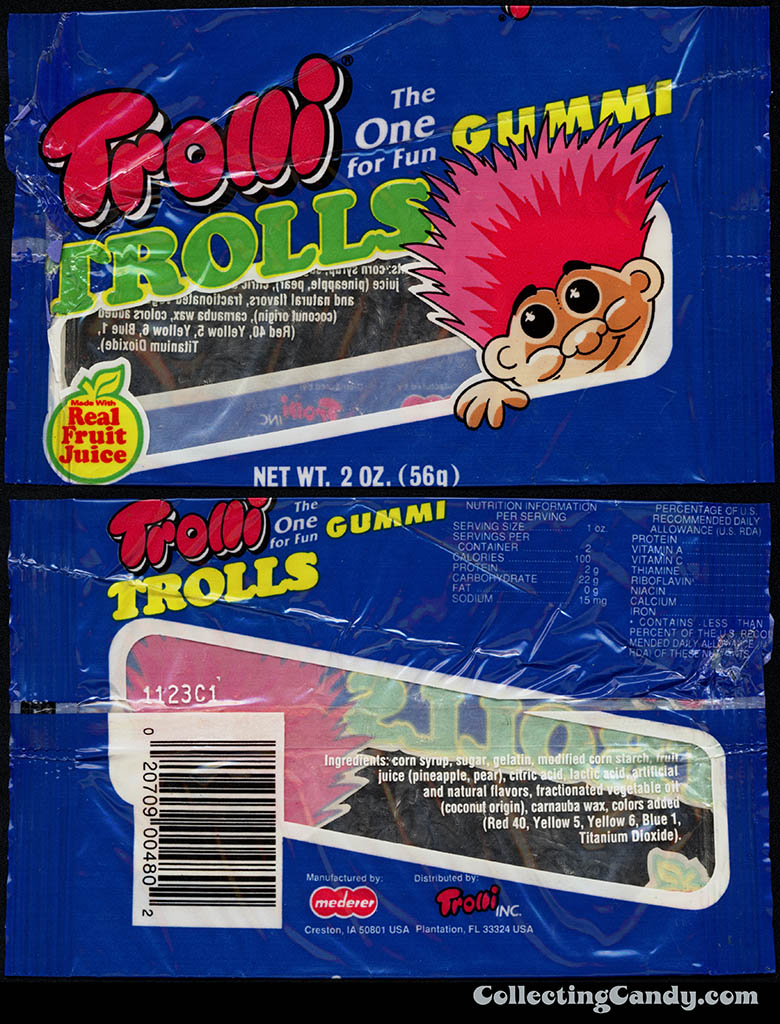 These days the Trolli company is part of Ferrara USA and though Gummi Trolls haven’t been around in a generation, I wouldn’t be surprised to see them make a return.  Just last year, DreamWorks Animation acquired the rights to Trolls and it seems they have big plans for the property, so we might one day see the return of Trolls in gummi form.

For now, that’s everything I’ve got on this confectionery treat from out of the 1990’s – Trolli’s Gummi Trolls.   See you next time!

A New York City based writer, editor and sometimes actor. After spending much of the 1990′s in the comic book business helping tell the stories of Marvel Comics’ X-Men as series editor, he has since split his time between developing his own entertainment properties while still consulting and working on others. Having been described as “the Indiana Jones of lost and forgotten candy”, Jason is one of the country’s premier candy collectors and historians with his discoveries appearing in countless blogs, magazines, newspaper articles, and books. Always happy to share his knowledge and unique perspectives on this colorful part of our popular culture, Jason has consulted with New York’s Museum of Food and Drink and has also been a featured guest on Food Network’s Heavyweights, France’s M6 Capital, and New York’s TheActionRoom.com. My Google Profile+
View all posts by Jason Liebig →
This entry was posted in 1990's, Gummies and tagged 1990's, 1990's candy, 90's, 90's candy, candy collecting, candy collection, candy collector, candy wrapper collection, candy wrapper collector, collectible, collecting candy, confectionery, confections, Ferrara Pan, gummi, gummy, Gummys, licensed, packaging, sweets, Trolli, Trolls, vintage candy wrapper, wrapper. Bookmark the permalink.