Back in January I devoted a three part series to the history of branded confectionery offerings from 7-Eleven stores here in the United States.  I made special note of the two versions of Slurpee gum lines that were released in the 1990’s and early 2000’s.   Within those posts I wondered when we might next see a Slurpee-branded confection, not realizing that 7-Eleven Australia had already delivered just that with their Slurpee Shocks!

Slurpee Shocks takes the concept of carbonated confection, à la Pop Rocks, and brings it together with 7-Eleven’s classic Slurpee frozen beverage.   It’s a fun, explosive combination that brings two childhood classics together.   First launched in April 2013, Slurpee Shocks has turned out to be a big enough success to warrant a follow-up with a sour flavor extension.

When I found out there was a Slurpee-branded popping candy, I was immediately intrigued and had to see them for myself.  So I sent word to friends down under and soon I had a package en route to me containing the goodies.  Let’s take a look at 7-Eleven Australia’s Slurpee Shocks: 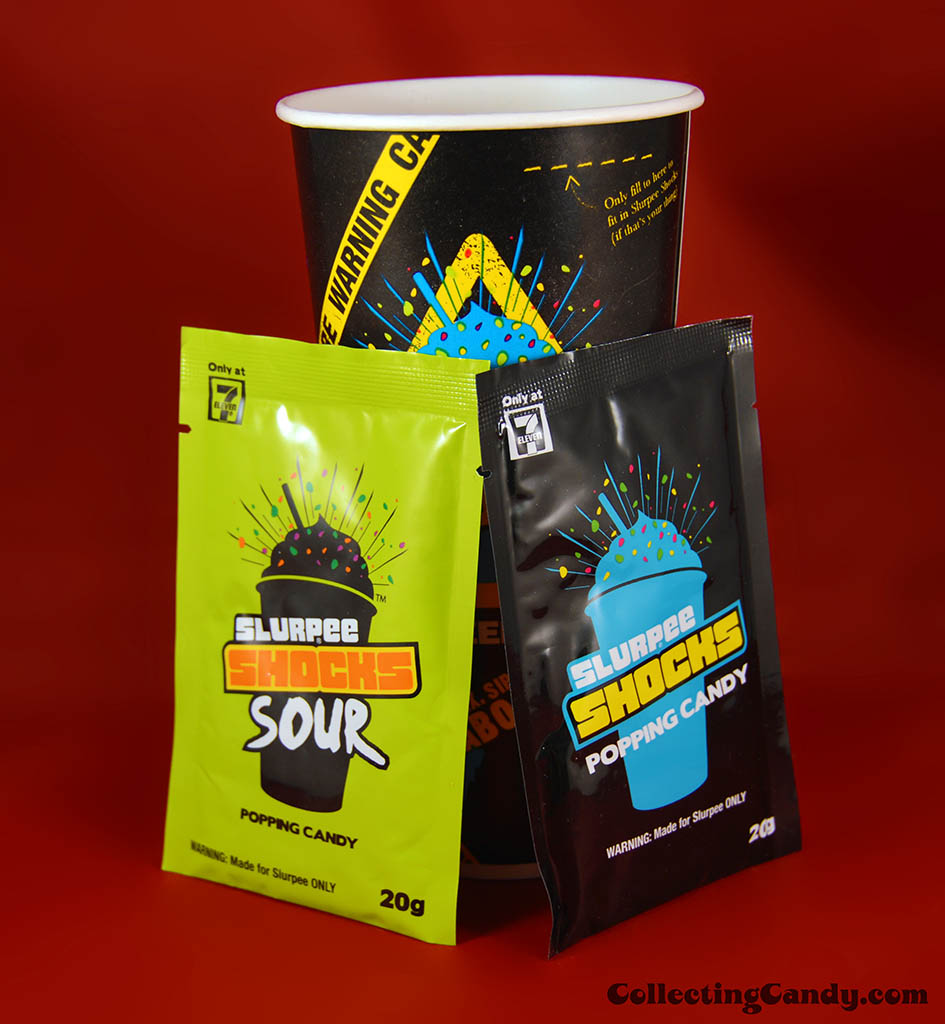 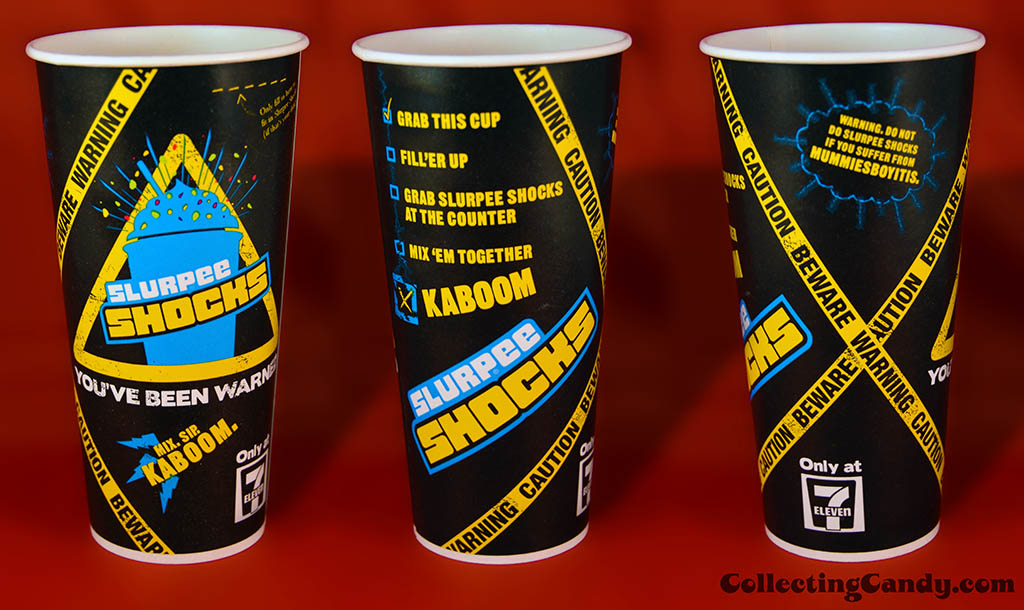 The graphics found on the Slurpee Shocks candy packages and cup are pretty great so I thought they warranted a closer look: 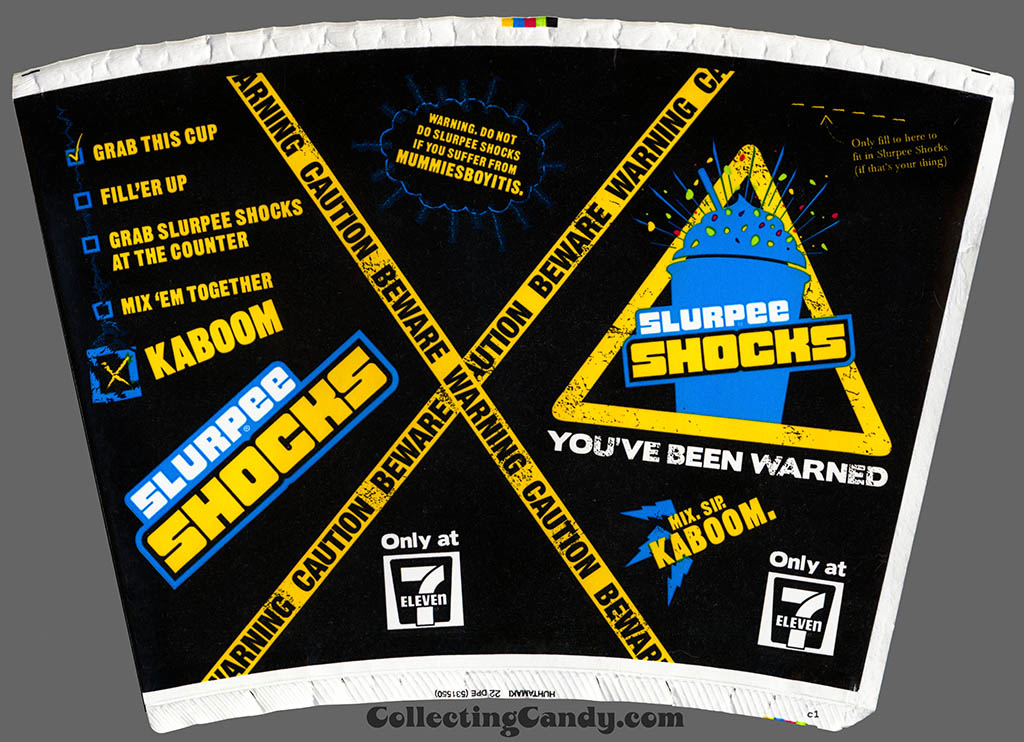 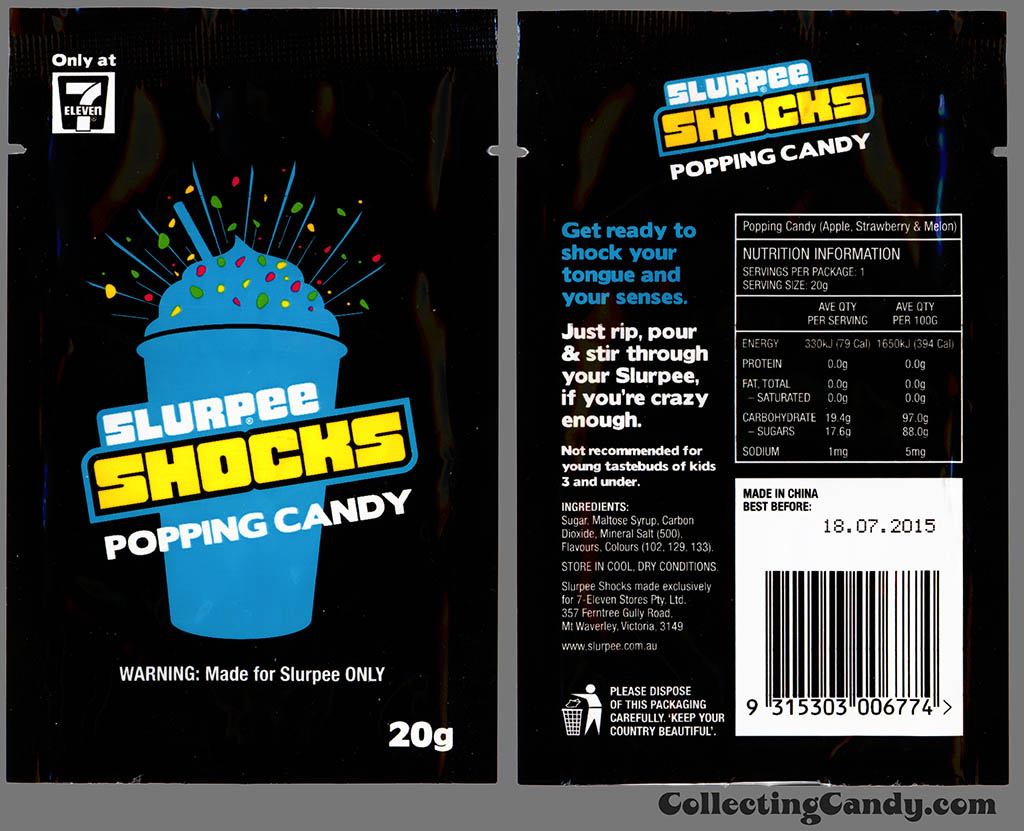 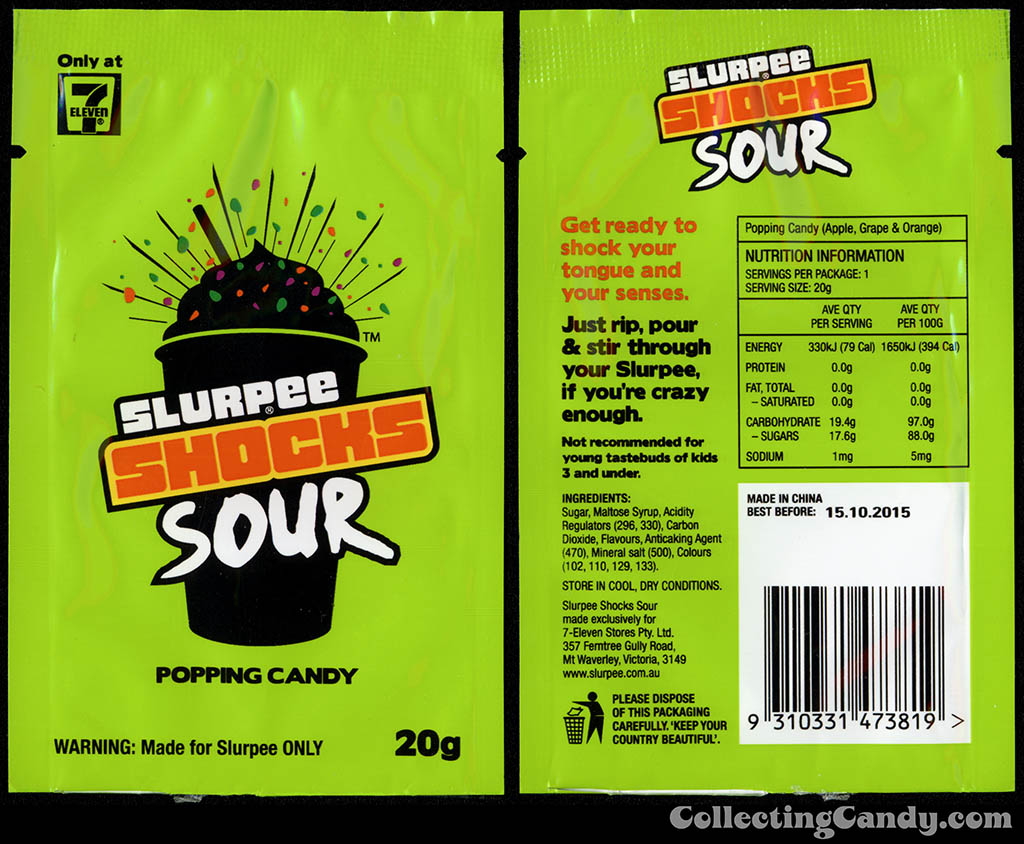 So there you have it, Slurpee Shocks have brought us the latest and greatest Slurpee-branded confection – but for now you can only get it at 7-Eleven locations found in Australia.

I want to commend 7-Eleven Australia for coming up with such a fun and bold product extension and I hope the success of Slurpee Shocks inspires 7-Elevens here in the States to follow suit.  I think the Slurpee brand is a natural to lend itself to other confections and it would be awesome to see more offerings like this.

For now, that’s everything I’ve got to share on the dynamite treat that is Slurpee Shocks from 7-Eleven Australia!  See you next time! 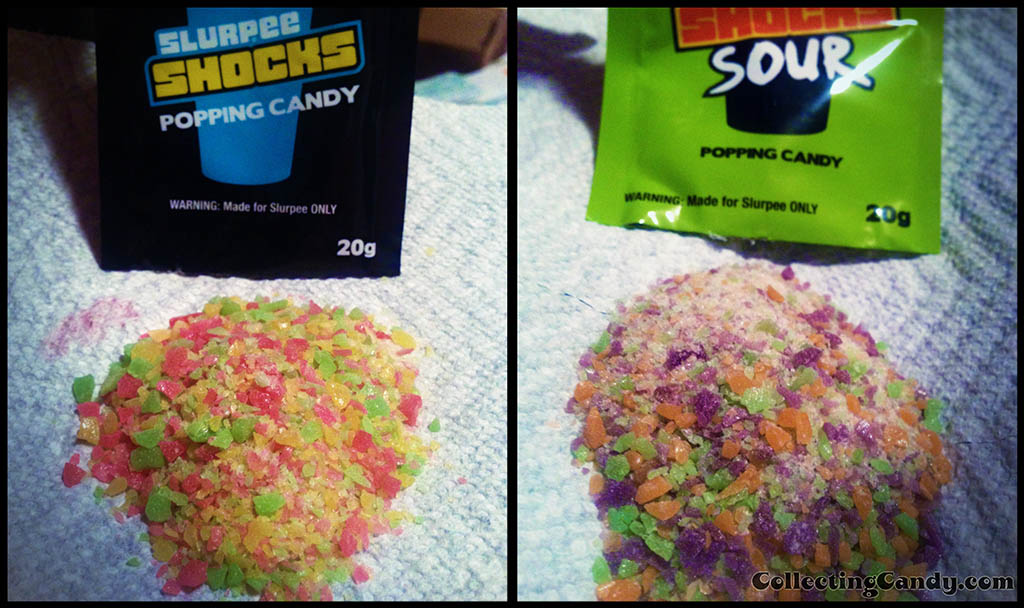 A New York City based writer, editor and sometimes actor. After spending much of the 1990′s in the comic book business helping tell the stories of Marvel Comics’ X-Men as series editor, he has since split his time between developing his own entertainment properties while still consulting and working on others. Having been described as “the Indiana Jones of lost and forgotten candy”, Jason is one of the country’s premier candy collectors and historians with his discoveries appearing in countless blogs, magazines, newspaper articles, and books. Always happy to share his knowledge and unique perspectives on this colorful part of our popular culture, Jason has consulted with New York’s Museum of Food and Drink and has also been a featured guest on Food Network’s Heavyweights, France’s M6 Capital, and New York’s TheActionRoom.com. My Google Profile+
View all posts by Jason Liebig →
This entry was posted in Uncategorized and tagged 7-11, 7-Eleven, Australia, candy collecting, candy collection, candy collector, candy wrapper collection, candy wrapper collector, carbonated, collectible, collecting candy, confectionery, confections, packaging, Pop Rocks, Slurpee, sweets, vintage candy wrapper, wrapper. Bookmark the permalink.