Vanilla ice cream mixed with orange sherbet (or Creamsicle as it’s popularly known) is one of my all-time favorite frozen treats.  I have fond memories from the summer of 1989, cooling off with Schwan’s version of Creamsicle called Summer’s Dream ice cream – the year when my love of the flavor was cemented.  With my affection for the orange-cream ice cream mix, it should be no surprise that I tend to quickly embrace similarly-flavored confections as well.

Over the last several weeks I was delighted to discover that the orange creme flavor had been incorporated into tasty new editions of two classic brands; Skittles Desserts & Mike and Ike Sweet Paradise!

Skittles Desserts is the newest addition to their ongoing flavor variety, joining last year’s Skittles Darkside as the new kids on the Skittles block.   As Skittles Desserts is not a limited edition,we should expect it to be around and available for the foreseeable future.   When I first found Skittles Desserts at retail I flipped over the package to check out what the individual flavors were and as you might guess, they were all dessert-themed: Key Lime Pie, Strawberry Milkshake, Blueberry Tart, Raspberry Sorbet and Orange Creme!    Hooray — an orange-creme flavored Skittle! 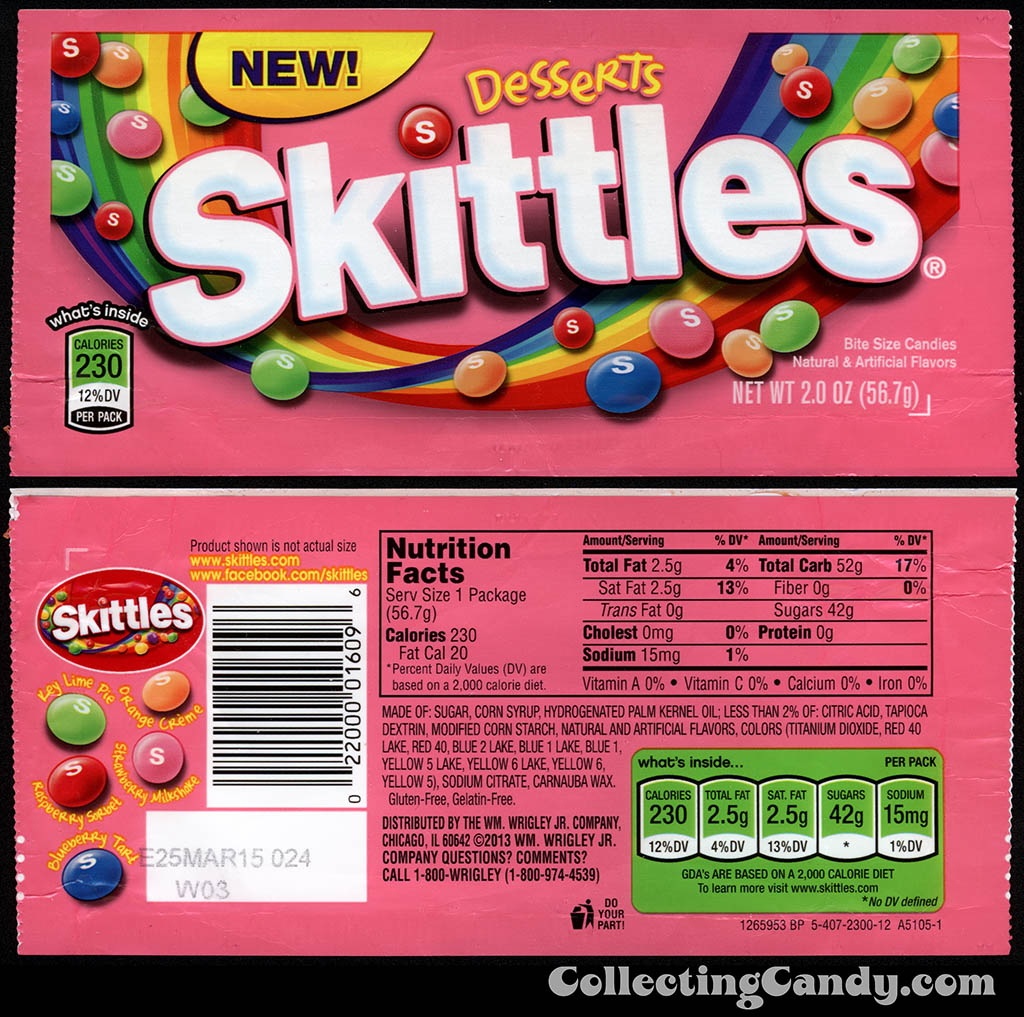 I won’t lie – I shared these Skittles with my family and friends, but separated out many of the orange creme-flavored candies before I handed them over.

Next up we have a limited edition flavor Mike and Ike assortment from the folks at Just Born.  Unlike the Skittles Desserts which I had heard about ahead-of-time, I didn’t see these coming.  In the first few days of January this year, I was at Walmart with my brother when he held up a strangely-colored Mike and Ike box to show me.   Upon seeing the lavender colors, my first thought was that it was a faded box of Mike and Ike Jolly Joes assortment, but I was wrong.  This was something new and when I realized that, I was pretty excited.  Here is Mike and Ike Sweet Paradise!

The box describes these as a “Special Limited Edition” so they will likely only be around for a short time (based on where I found them, these might also be a Walmart exclusive, though that is just speculation).  As with the Skittles Desserts, I checked the flavor assortment on these new Mike and Ikes:  Cherry Vanilla, Strawberry Banana, Paradise Punch, Blueberry and Orange Cream!  If I was excited at seeing this brand-new Mike and Ike assortment, finding the orange cream flavor as part of the mix knocked my candy-loving socks off.

Once again, I must admit the guilt of picking out the orange cream flavor Mike and Ike candies before sharing these with my family and friends.  Even so, I really did enjoy the whole assortment.

I thought to myself how great it would be to have a dedicated box of just my favorites, the orange cream flavor candies.  Then I recalled that such a thing existed merely a decade ago.  Back in 2004, Just Born released Mike and Ike Orange ‘n Cream: 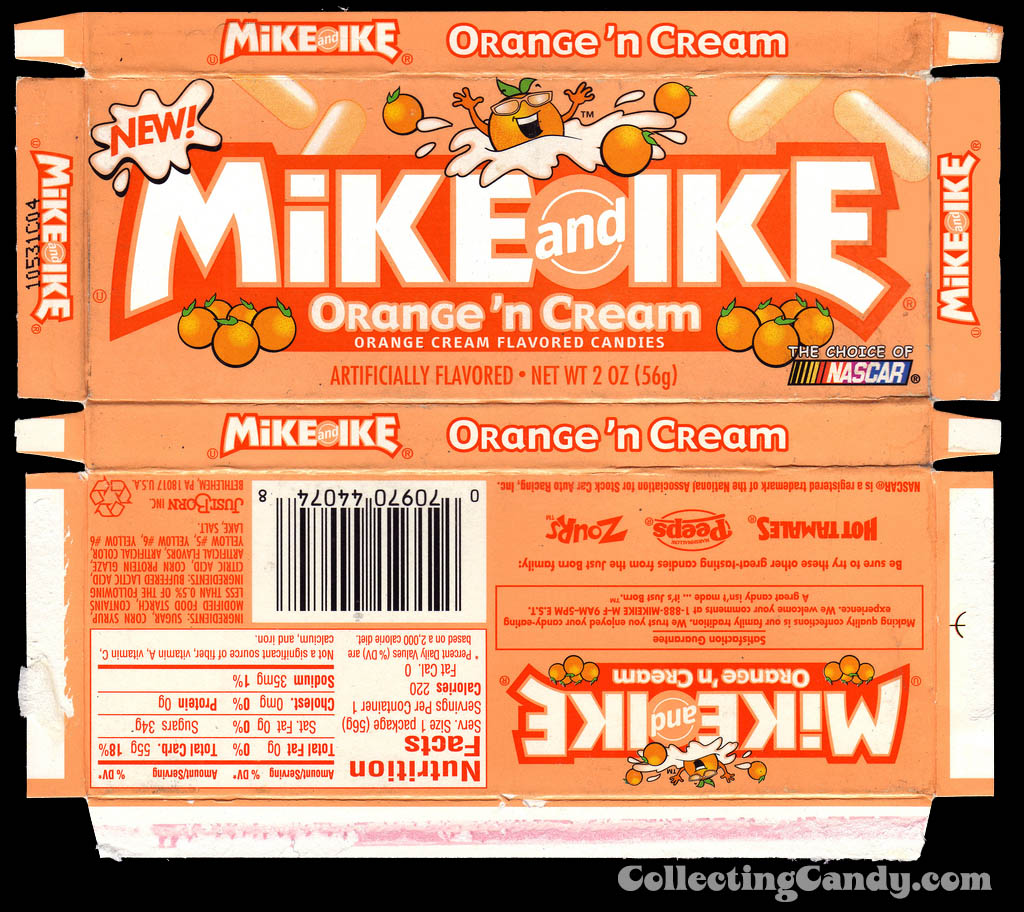 While Mike and Ike Sweet Paradise isn’t a dedicated return of the orange cream flavor, it’s awfully nice to get an assortment with them included in the mix.

The orange cream flavor tends to make its way into other candy and snack offerings from time-to-time, though typically as a limited-edition.  So when I see it in any confectionery form, I do try to make sure I sample it at the very least.  Here are a few examples that I’ve picked up in recent years: 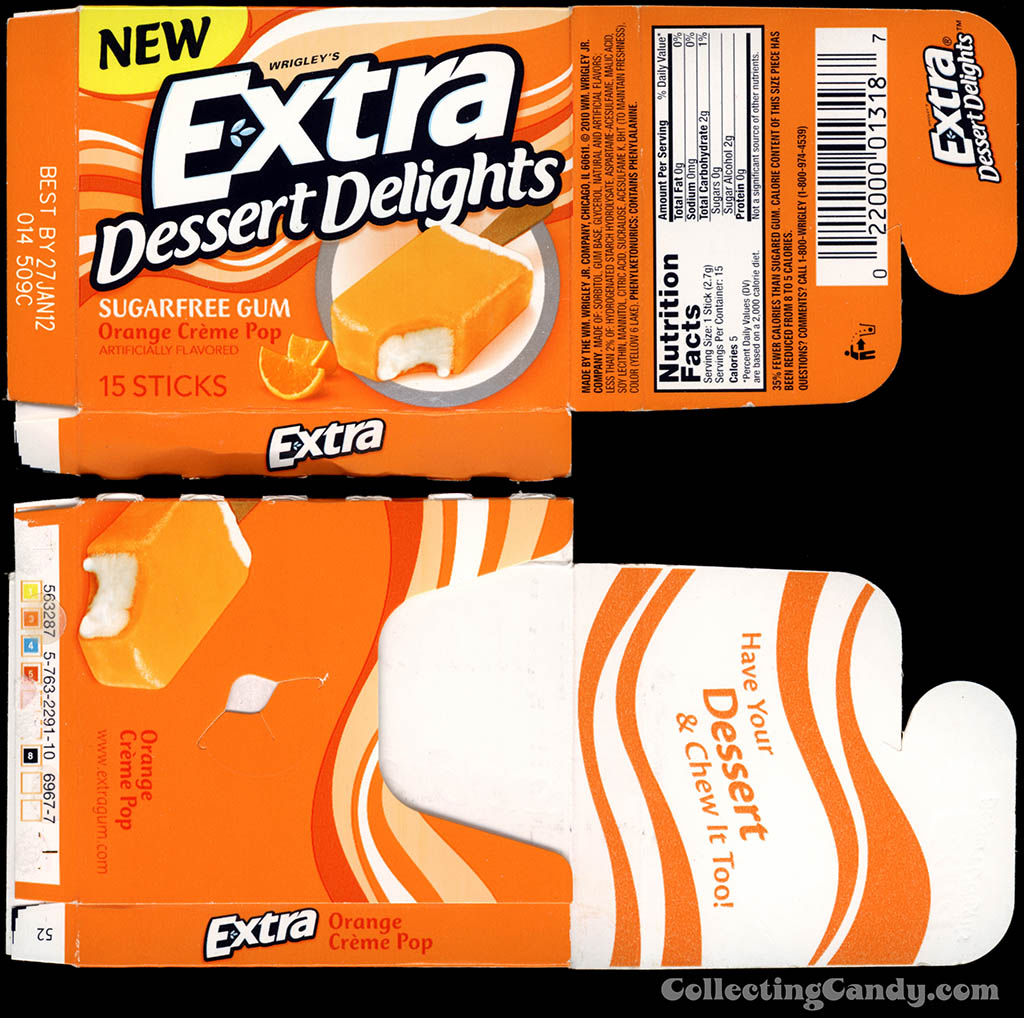 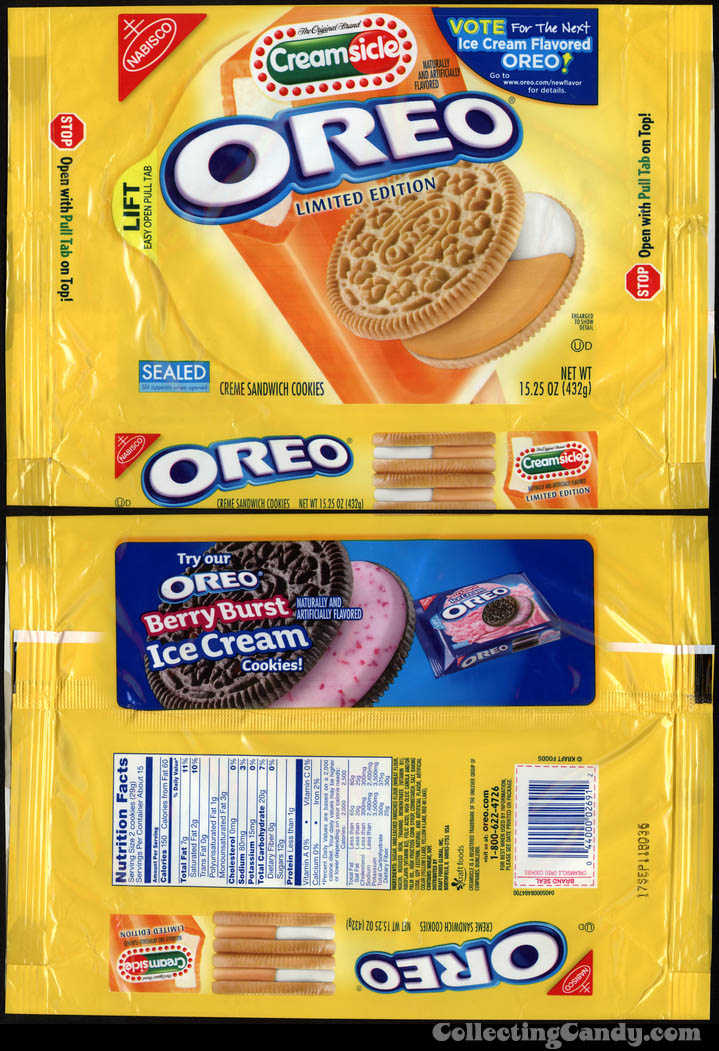 There have even been seasonal orange cream-flavored Hershey Kisses which I’ve hoarded and rationed through the year when they’ve been released.  [Note:  I know I have an Orange Cream Hershey Kisses package somewhere in my collection, but couldn’t locate it for today’s post.]

Finally, there’s the original orange cream dessert treat – the ice cream bar.  Not an original Creamsicle brand, this is a wrapper for the Wells’ Blue Bunny version: 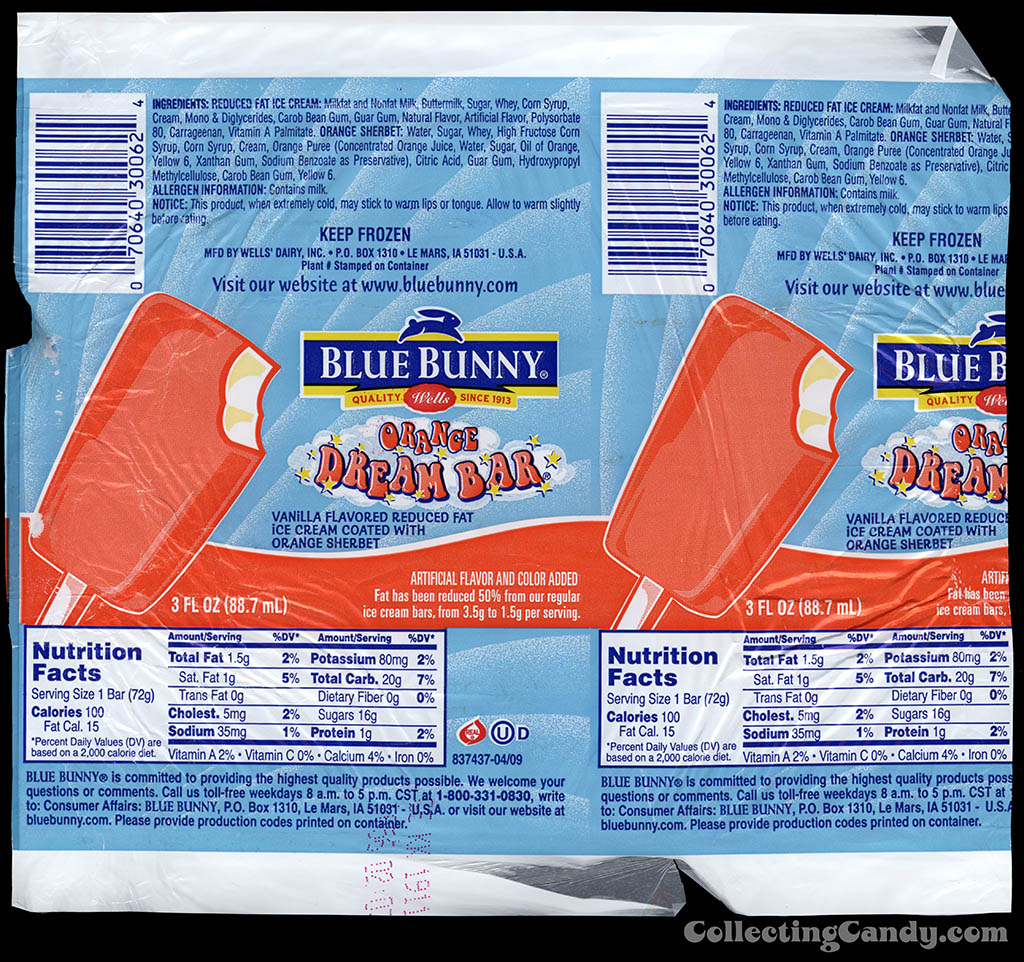 And that’s everything for today and my look at this delicious flavor mix.  If you see the new Skittles Desserts or Mike and Ike Sweet Paradise, make sure to give them a try and let me know what you think.

A New York City based writer, editor and sometimes actor. After spending much of the 1990′s in the comic book business helping tell the stories of Marvel Comics’ X-Men as series editor, he has since split his time between developing his own entertainment properties while still consulting and working on others. Having been described as “the Indiana Jones of lost and forgotten candy”, Jason is one of the country’s premier candy collectors and historians with his discoveries appearing in countless blogs, magazines, newspaper articles, and books. Always happy to share his knowledge and unique perspectives on this colorful part of our popular culture, Jason has consulted with New York’s Museum of Food and Drink and has also been a featured guest on Food Network’s Heavyweights, France’s M6 Capital, and New York’s TheActionRoom.com. My Google Profile+
View all posts by Jason Liebig →
This entry was posted in Boxed, Gum, Mars and tagged candy collecting, candy collection, candy collector, candy wrapper collection, candy wrapper collector, collectible, collecting candy, confectionery, confections, Creamcicle, gum, Just Born, Mike & Ike, Mike and Ike, Oreo, packaging, sweets, vintage candy wrapper, wrapper. Bookmark the permalink.

Leave a Reply to The Great Zambini Cancel reply