Though it arrives a few weeks later than I’d planned this year, I still wanted to squeeze in my annual “Year in Collecting” post.  This year-in-review is something I started doing back in 2009 over on Flickr while continuing the tradition here last year.  My “Year in Collecting” is a chance to have a little fun by creating a visual representation of some of the neatest pieces I discovered or added to my collection in the previous twelve months.  Some of these were collector Holy Grails I’d sought for years, while others were brand new discoveries for me.

So make the jump to take a look at my 5th Annual Year in Collecting!

Bringing these annual collages together can be challenging as every piece I add to my collection during the year is exciting to some degree, but there are certain pieces that go above-and-beyond – items that just have a little more magical glow to them.  Those are the items I endeavor to bring to “My Year in Collecting” posts and upon review I think I did a pretty good job sorting them out for the 2013 edition.

This year I added a few groovy non-candy items to my collection that I’d been looking for, including two styles of vintage Nabisco Doo Dads boxes as well as the only Cinnamon Nut Cheerios cereal box ever found or known to currently exist (yes, I’m that big a nerd.)

Specific candy highlights that stand out to me would be several of the $100,000 bar wrappers which I covered here last week, as well as a Super Hot Tamales box that I’d been actively hunting for, for several years – and of course there are the gorgeous 1970’s Bubble Yum packs.   I enjoy it all and today is nothing but highlights, so rather than go through them individually, here is my Year in Collecting – 2013: 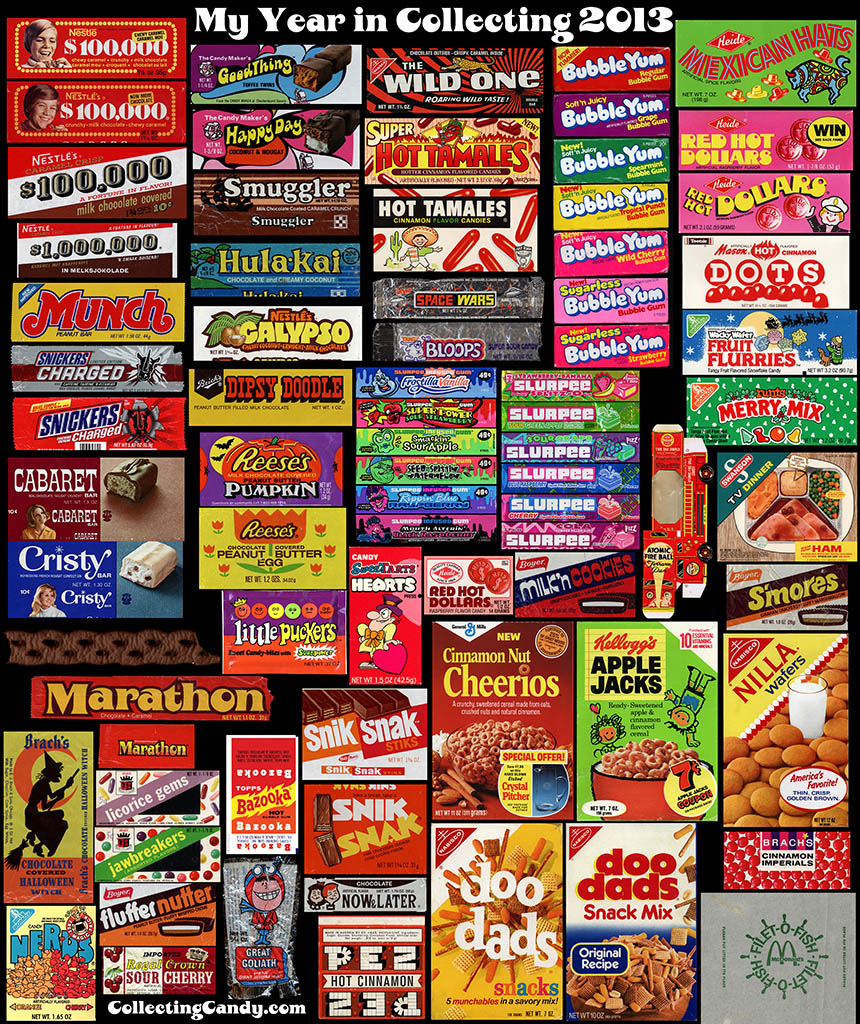 CollectingCandy.com’s – My Year in Collecting: 2013

Looking back over this diverse collection of images reminds me of fun stories, exciting finds and bits of history finally uncovered.  I’m happy to say most of these were shared right here on CollectingCandy.com.

As is also my tradition – I’d like to share my previous year-in-review images, starting with the most recent first: 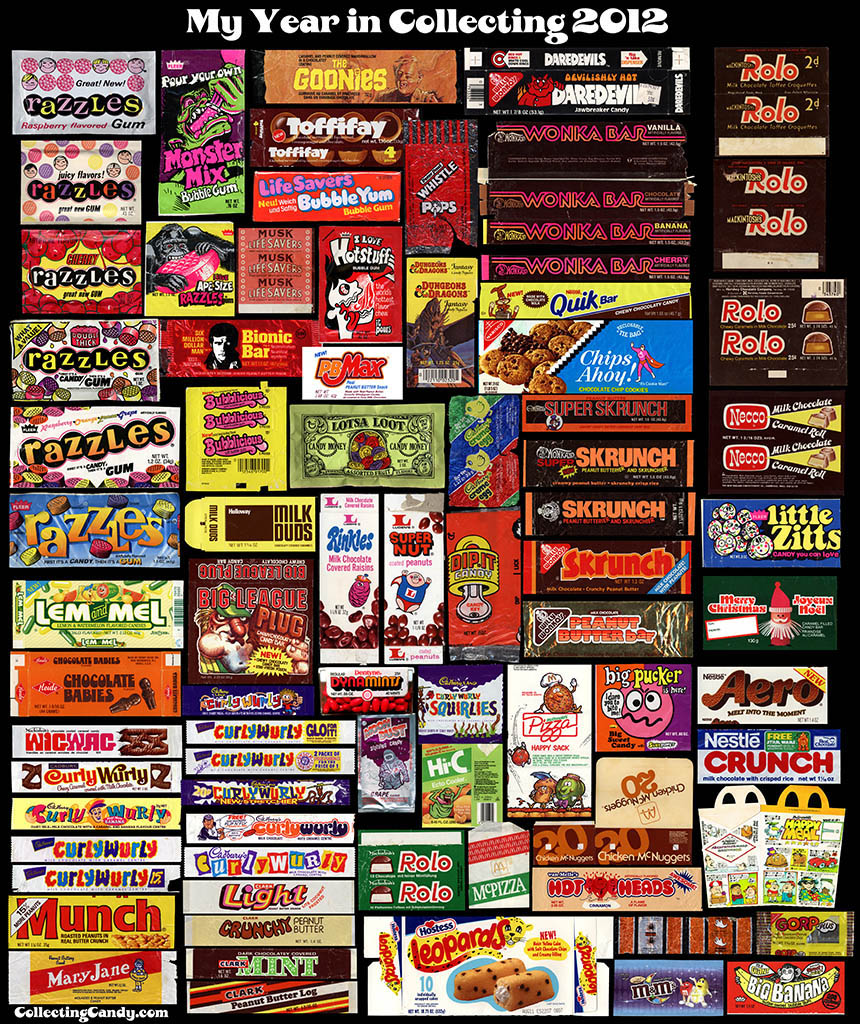 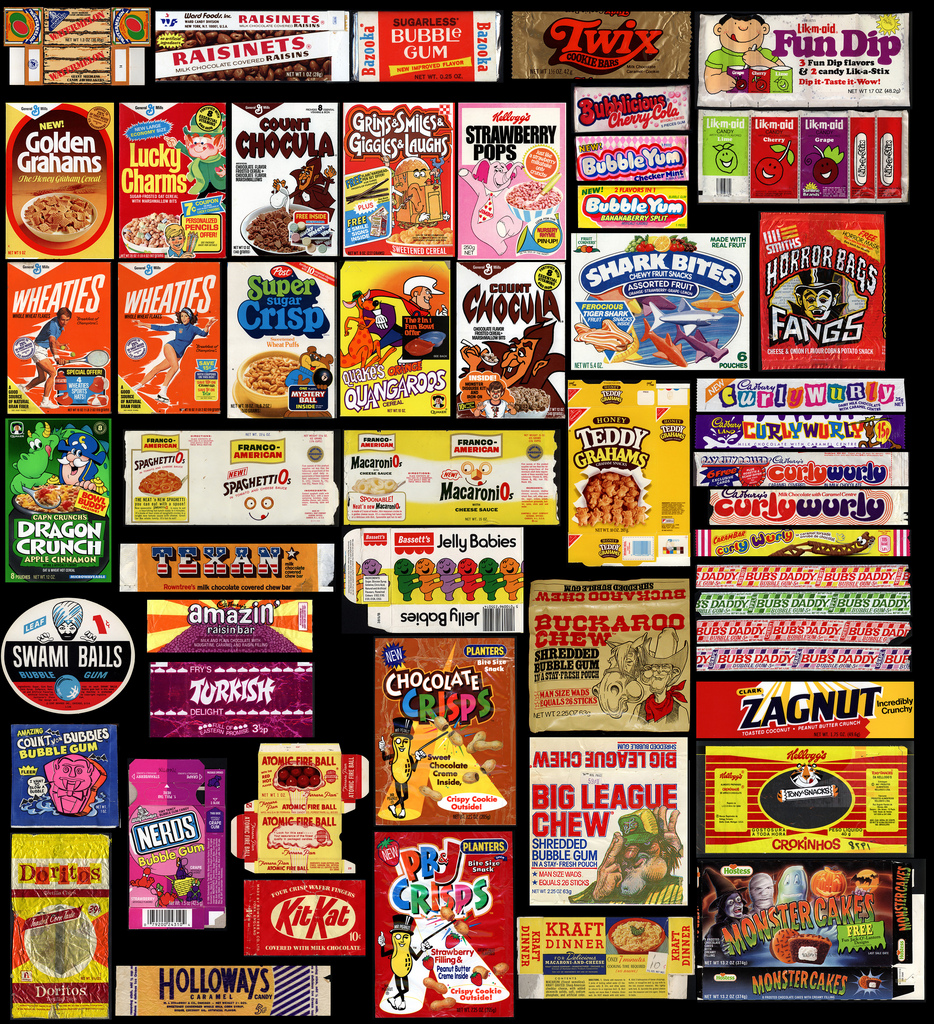 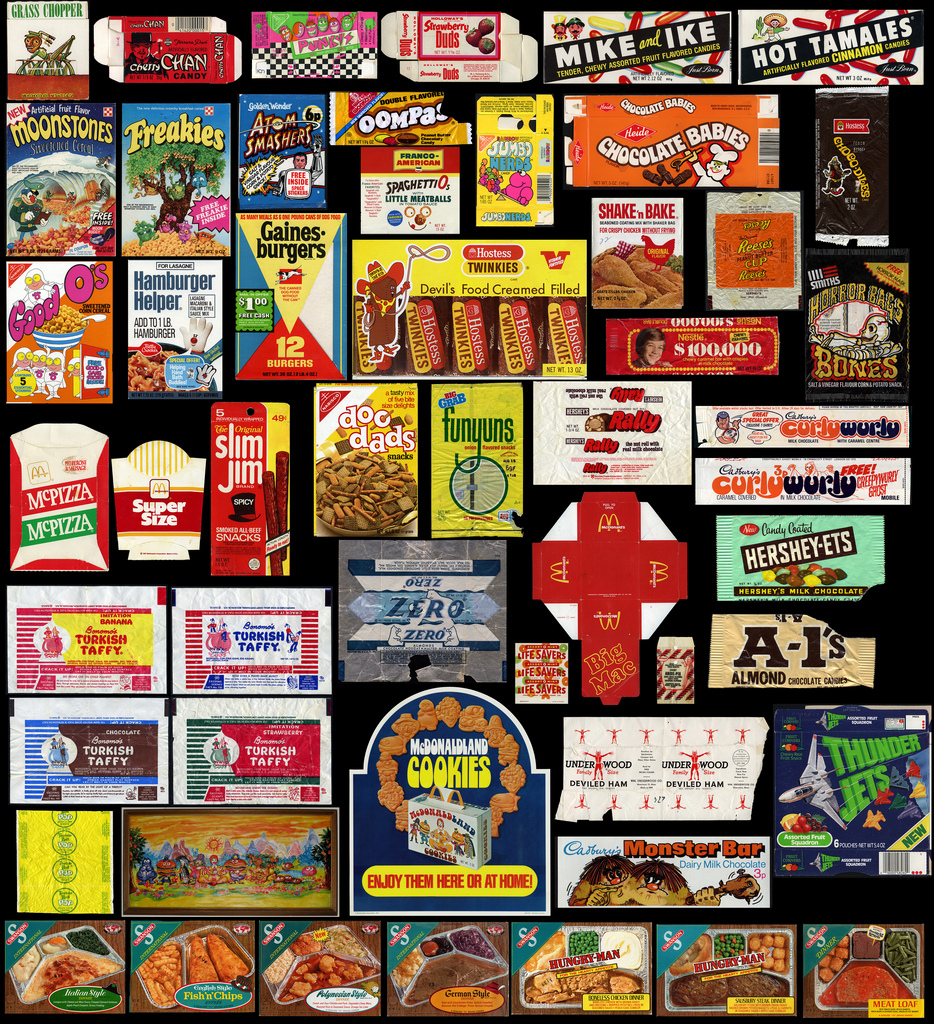 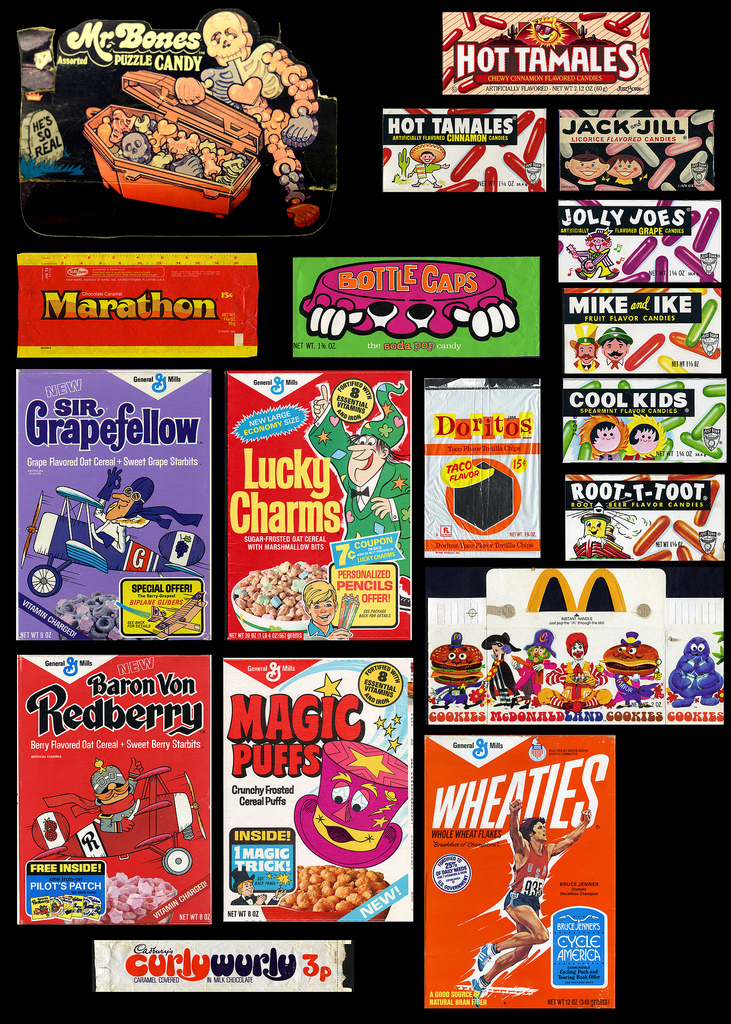 While it’s fun for me to look back on all of these things, I always try to remind myself that in the end, it’s “just stuff”.   That is to say, for me, the best part of my passion for this material is getting to share it, assembling these lost pieces of history and providing nostalgic touchstones for people to easily visit.   By choosing to share these things, I’ve met people and made friendships I might never have made otherwise – I’ve also learned a lot.  It’s something I hope to be able to continue doing for a long time.  With that said, I look forward to whatever fun finds and magical discoveries 2014 has to offer!

A New York City based writer, editor and sometimes actor. After spending much of the 1990′s in the comic book business helping tell the stories of Marvel Comics’ X-Men as series editor, he has since split his time between developing his own entertainment properties while still consulting and working on others. Having been described as “the Indiana Jones of lost and forgotten candy”, Jason is one of the country’s premier candy collectors and historians with his discoveries appearing in countless blogs, magazines, newspaper articles, and books. Always happy to share his knowledge and unique perspectives on this colorful part of our popular culture, Jason has consulted with New York’s Museum of Food and Drink and has also been a featured guest on Food Network’s Heavyweights, France’s M6 Capital, and New York’s TheActionRoom.com. My Google Profile+
View all posts by Jason Liebig →
This entry was posted in 1950's, 1960's, 1970's, 1980's, 1990's, Boxed, British, Bubble Gum, Cadbury, Canadian, Chocolate, Christmas, Gum, Gummies, Halloween, Hershey, Holiday, Mars, Nestle, Topps, Wonka and tagged candy collecting, candy collection, candy collector, candy wrapper collection, candy wrapper collector, collectible, collecting candy, confectionery, confections, packaging, sweets, vintage candy wrapper, wrapper. Bookmark the permalink.