Last week I mentioned my discovery of the Tootsie Roll Christmas Two-Packs, but an equally exciting discovery I made this season was finding this trio of holiday-themed Tootsie Pop Drops packs!

While it is tough to track down examples of vintage candy packaging, I find it notable that it can be nearly as difficult to find modern items as well.  So there can be mystery and challenge even when discussing items currently in production.  For example, in all of my Christmas candy searches this year I only ever found these holiday Tootsie Pop Drops packs once.  It’s puzzling, as they aren’t listed on the Tootsie website and I couldn’t even find them for sale from any online retailer.

If I hadn’t stumbled across these on the day that I did, I likely wouldn’t even know they exist, and that would’ve been a shame as they’re really neat.  Let’s take a look at the packs: 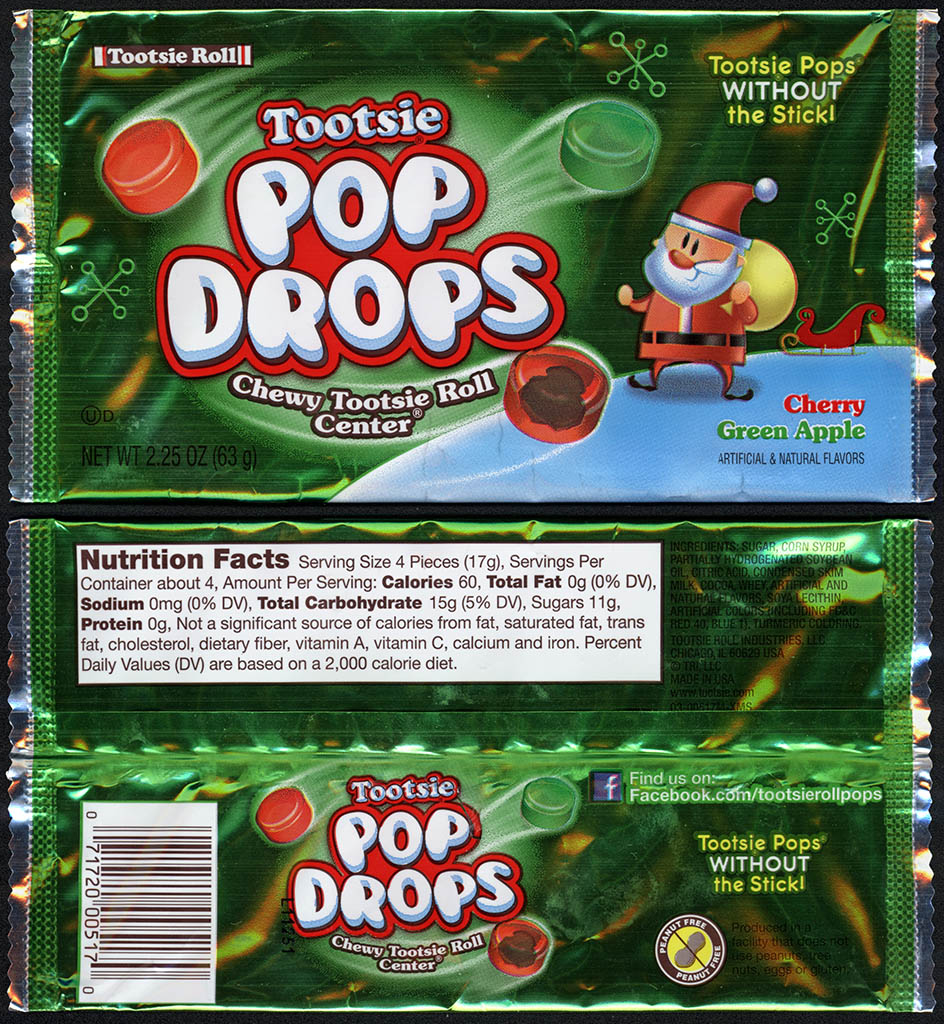 Using different artwork (and a different art style altogether) than that found on the Tootsie Roll holiday two-packs these three packages are striking to see with their colorful foil packaging. 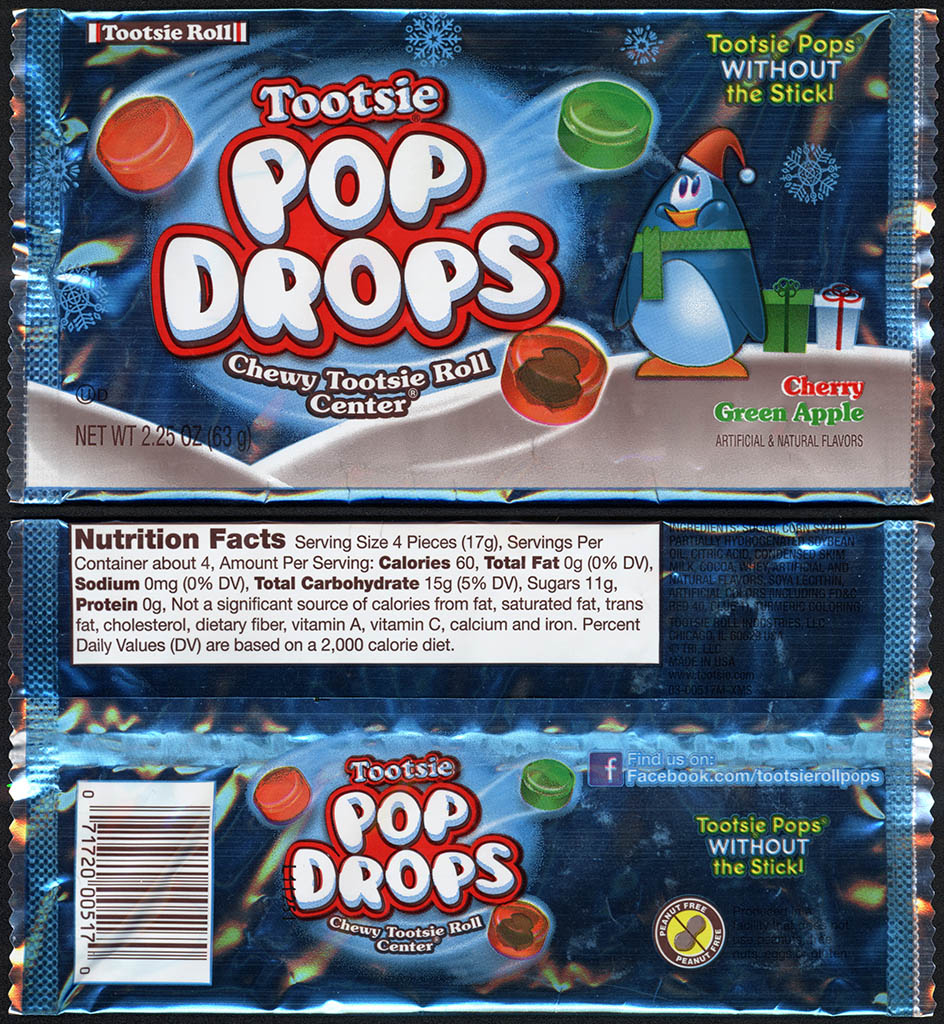 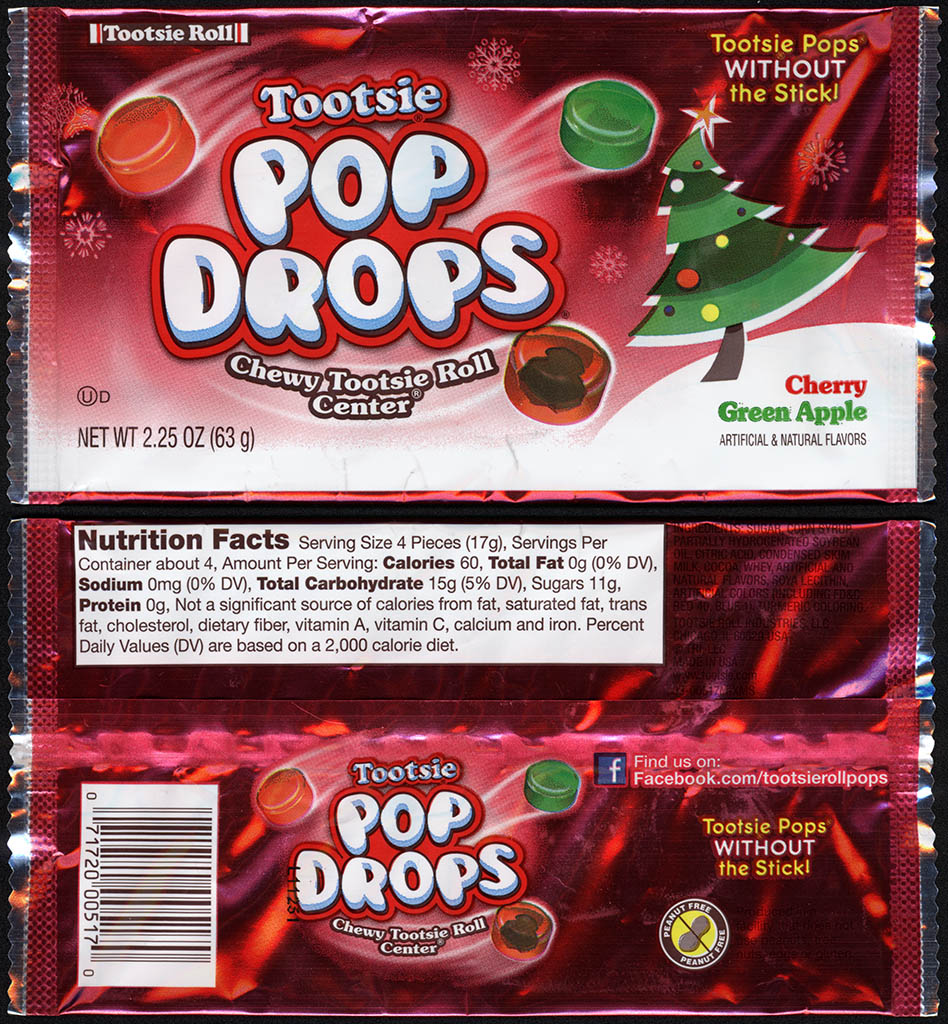 Tootsie Pop Drops area long-time favorite of mine, going all the way back to my childhood.  It’s wonderful to finally see a special holiday release of them.

As these holiday Tootsie Pop Drop packs were especially tough for me to track down, I wonder why that might have been?   Has anyone else seen these?  If so, at what store and what part of the country?  It might be fun to gather some kind of consensus from other folks to determine just how limited the distribution on these was.  Perhaps they are only hitting a few regions in their introduction year and next year they’ll be everywhere.

And with those investigative questions posed, that’s everything for today’s post on these modern-and-mysterious holiday Tootsie Pop Drops packs.   See you next time!

A New York City based writer, editor and sometimes actor. After spending much of the 1990′s in the comic book business helping tell the stories of Marvel Comics’ X-Men as series editor, he has since split his time between developing his own entertainment properties while still consulting and working on others. Having been described as “the Indiana Jones of lost and forgotten candy”, Jason is one of the country’s premier candy collectors and historians with his discoveries appearing in countless blogs, magazines, newspaper articles, and books. Always happy to share his knowledge and unique perspectives on this colorful part of our popular culture, Jason has consulted with New York’s Museum of Food and Drink and has also been a featured guest on Food Network’s Heavyweights, France’s M6 Capital, and New York’s TheActionRoom.com. My Google Profile+
View all posts by Jason Liebig →
This entry was posted in Christmas, Holiday, Uncategorized and tagged candy collecting, candy collection, candy collector, candy wrapper collection, candy wrapper collector, Christmas, collectible, collecting candy, confectionery, confections, holiday, packaging, Penguin, Santa, sweets, Tootsie, Tootsie Pop, vintage candy wrapper, wrapper. Bookmark the permalink.