Every year Whitman’s releases their standard chocolate bars with all kinds of holiday-themed package designs.  Occasionally, they’ll utilize licensed characters or content for those designs and for 2013 they tapped the Peanuts holiday classic, A Charlie Brown Christmas, as their muse.

Like most folks I’m a fan that wonderful Peanuts Christmas story, so picking these up was a no-brainer.  Released as a set of four different bar-shaped boxes, these packages each originally contained a gold foil-wrapped chocolate bar.  Here they are: 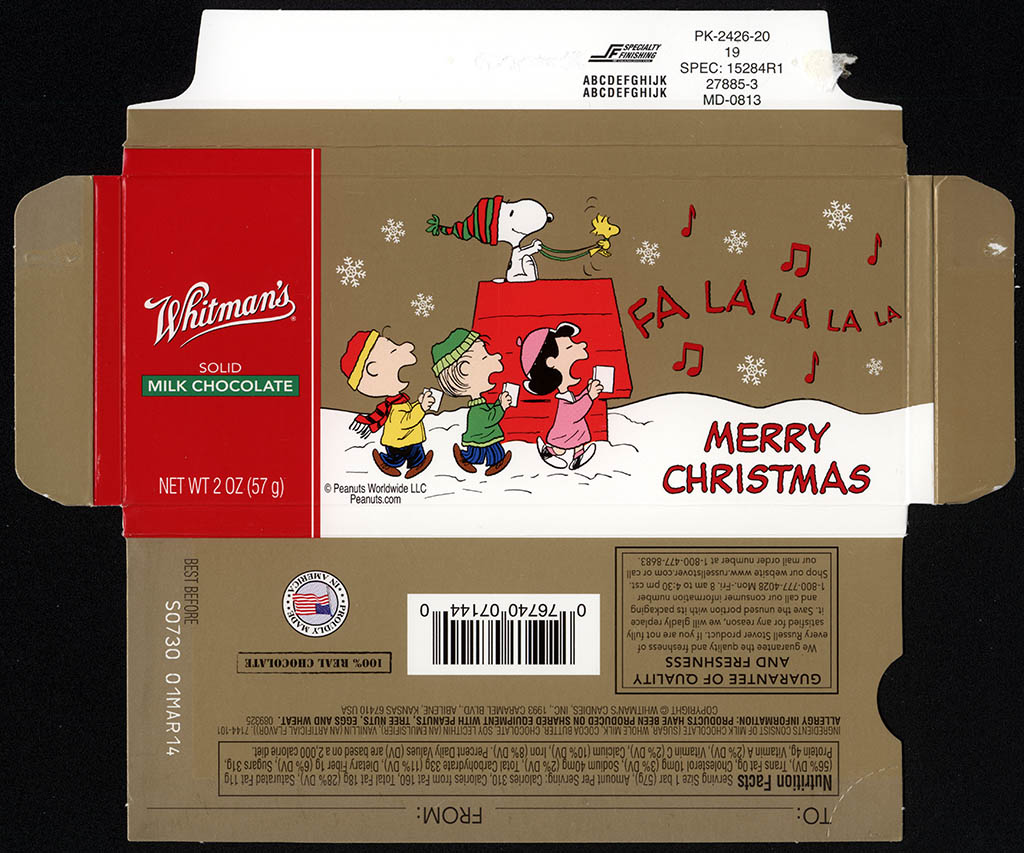 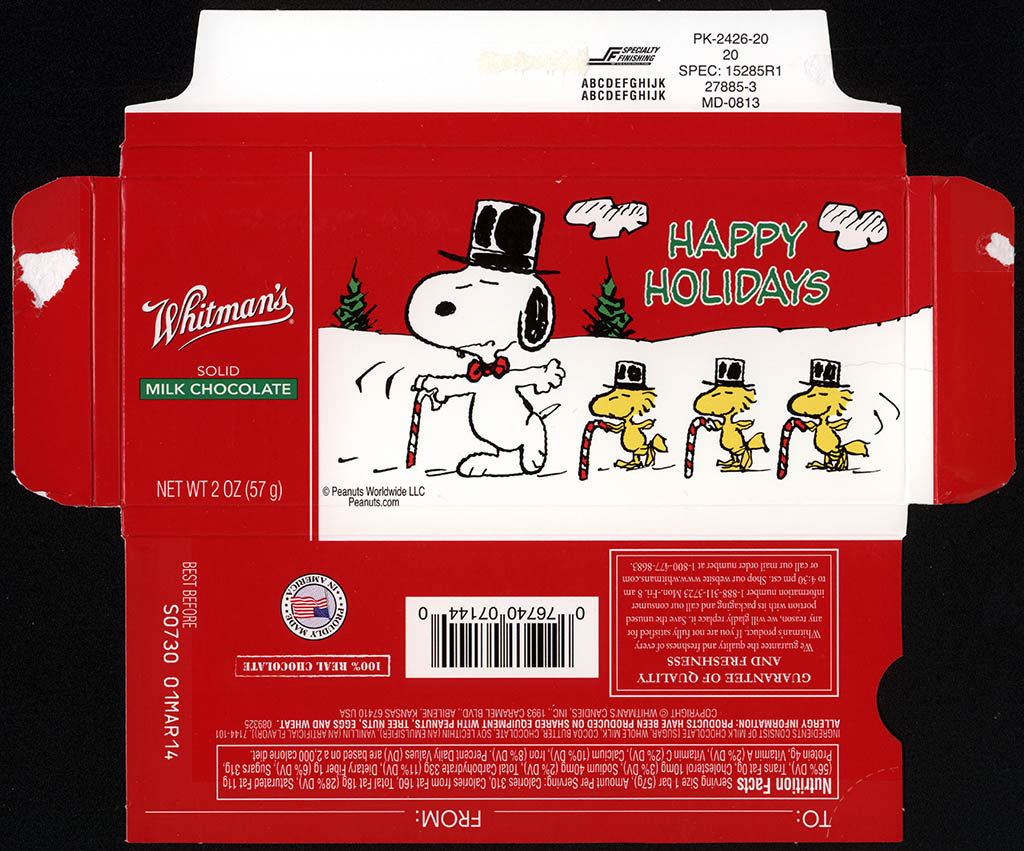 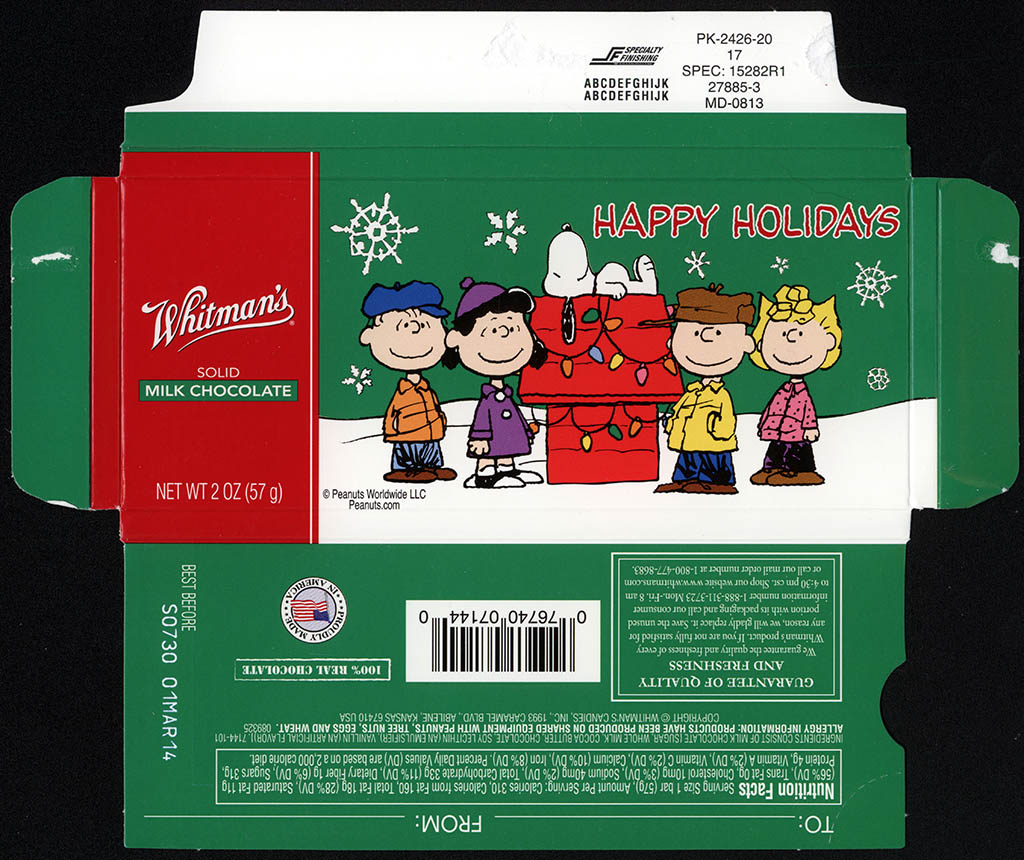 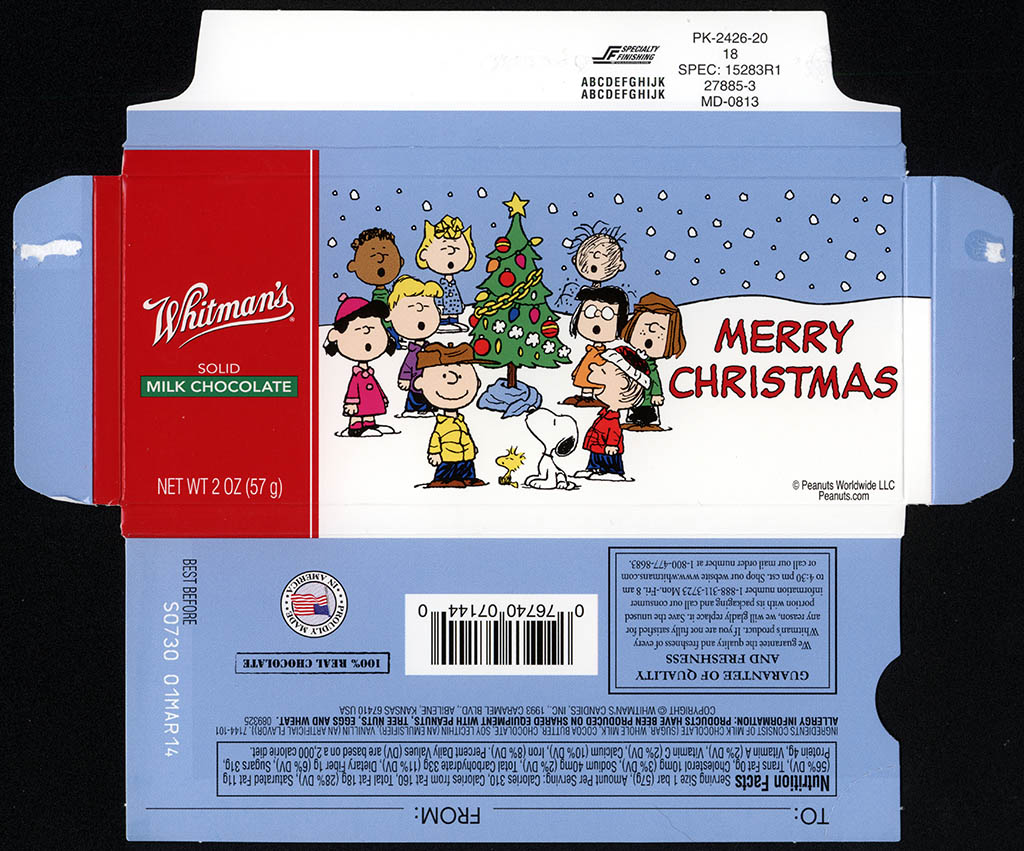 That’s the whole set!  There’s something about Peanuts that really heightens my connection to the holiday season – I dig it.

I’ve got other Christmas-related errands to attend to, so I’ll leave you with that.

A New York City based writer, editor and sometimes actor. After spending much of the 1990′s in the comic book business helping tell the stories of Marvel Comics’ X-Men as series editor, he has since split his time between developing his own entertainment properties while still consulting and working on others. Having been described as “the Indiana Jones of lost and forgotten candy”, Jason is one of the country’s premier candy collectors and historians with his discoveries appearing in countless blogs, magazines, newspaper articles, and books. Always happy to share his knowledge and unique perspectives on this colorful part of our popular culture, Jason has consulted with New York’s Museum of Food and Drink and has also been a featured guest on Food Network’s Heavyweights, France’s M6 Capital, and New York’s TheActionRoom.com. My Google Profile+
View all posts by Jason Liebig →
This entry was posted in Chocolate, Christmas, Holiday and tagged candy collecting, candy collection, candy collector, candy wrapper collection, candy wrapper collector, Charlie Brown, collectible, collecting candy, confectionery, confections, licensed, packaging, peanuts, Snoopy, sweets, vintage candy wrapper, Whitmans, wrapper. Bookmark the permalink.