It’s November 1st and Halloween 2013 Gives Way to the Next Holiday!

Yesterday we celebrated Halloween 2013 and today it becomes yet another day from our past, relegated to what one hopes is fond memory.  Here on this site, we celebrated the lead-up to the spooky holiday all month long by looking at Halloween candy both old and new.  Seemingly in the blink of an eye, even those new items will soon be considered vintage.

November 1st is a bit of a bittersweet day for me, because it does mean the end of a holiday candy season that I really do enjoy.  [It’s also the name of artist Paul Rousso’s magnificent ode-to-confection sculpture.]

But as the cliche goes, when one door closes, another opens.  Even when your eyes are in the candy isle.

Just today I went out to see if there were any Halloween candy products I missed this year, and that I might now pick up at a discount (there were a couple).  But beyond those clearance items, I found the “next door” had already opened.  You see, while November 1st marks the cold end of the Halloween candy season, it also marks the magical beginning of the Christmas candy season.  I know, because I also came home with these today: 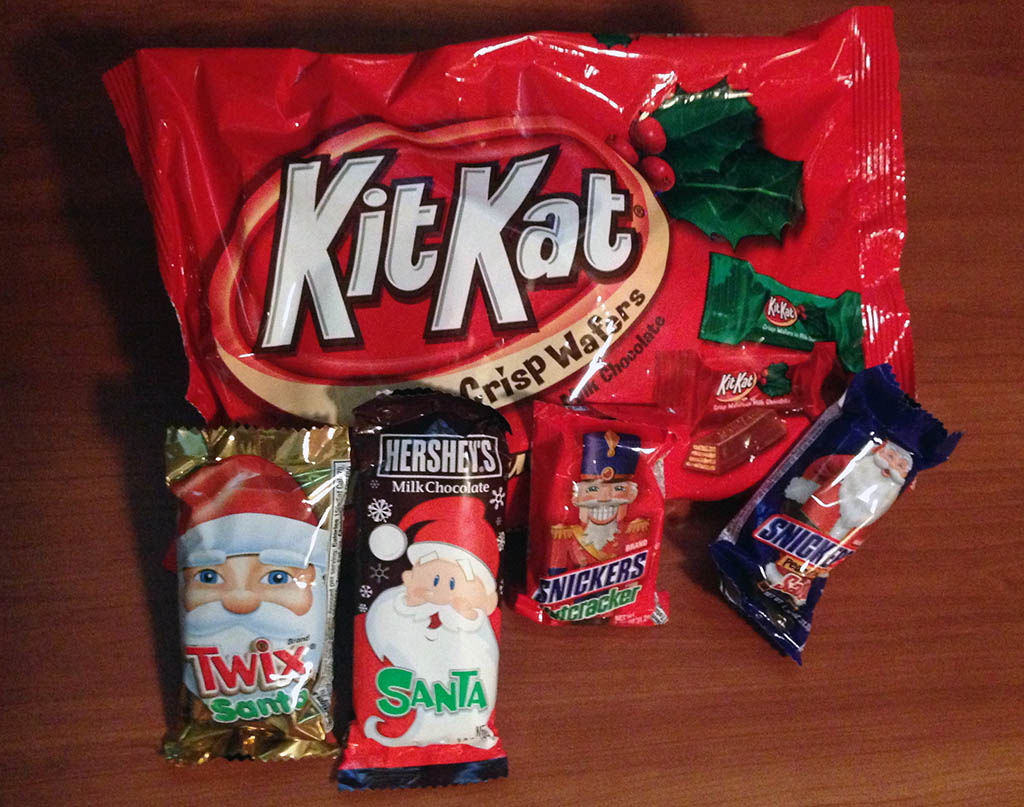 Are You Ready for the Christmas Candy?

It’s time to trade your werewolves for snowmen and vampire bats for red-nosed reindeer.   I hope you’re ready — it’s going to be fun!

I’ll be starting my Christmas candy focused posts in December, and beginning tomorrow I’ll be on the road for ten days, so things are going to be quiet around here for a bit.  I hope to get one or two posts done while I’m away, but you never know.

A New York City based writer, editor and sometimes actor. After spending much of the 1990′s in the comic book business helping tell the stories of Marvel Comics’ X-Men as series editor, he has since split his time between developing his own entertainment properties while still consulting and working on others. Having been described as “the Indiana Jones of lost and forgotten candy”, Jason is one of the country’s premier candy collectors and historians with his discoveries appearing in countless blogs, magazines, newspaper articles, and books. Always happy to share his knowledge and unique perspectives on this colorful part of our popular culture, Jason has consulted with New York’s Museum of Food and Drink and has also been a featured guest on Food Network’s Heavyweights, France’s M6 Capital, and New York’s TheActionRoom.com. My Google Profile+
View all posts by Jason Liebig →
This entry was posted in Christmas, CountdownToHalloween, Halloween, Holiday and tagged candy collecting, candy collection, candy collector, candy wrapper collection, candy wrapper collector, collectible, collecting candy, confectionery, confections, packaging, sweets, vintage candy wrapper, wrapper. Bookmark the permalink.

1 Response to It’s November 1st and Halloween 2013 Gives Way to the Next Holiday!