A Glimpse into Halloween Candy Retail of 1953!

During last year’s CountdownToHalloween I posted a series of images of Halloween retail store displays from 1969.  I didn’t expect that post to generate as much positive buzz as it did, but that response reinforced to me just how unusual it is to find images of our retail past.  I wanted to bring something similar to the Countdown this year and after a lot of digging through my archives, I found a super photo of a grocery store’s checkout isles taken during the 1953 Halloween season.

As I’ve already noted, vintage photos of retail stores are exceedingly hard to come by.  One of the most likely ways for them to have been taken is by the salesmen and jobbers who set up store displays for product distributors, as they would use these photos for reference or for training new salesmen.  Earlier this year I was fortunate to acquire a group of reference photos from the 1950’s taken by a Wrigley salesman of various shelf setups and retail store interiors.  Among that group was a single photo of retail checkouts taken during the lead up to the Halloween holiday.  Here it is: 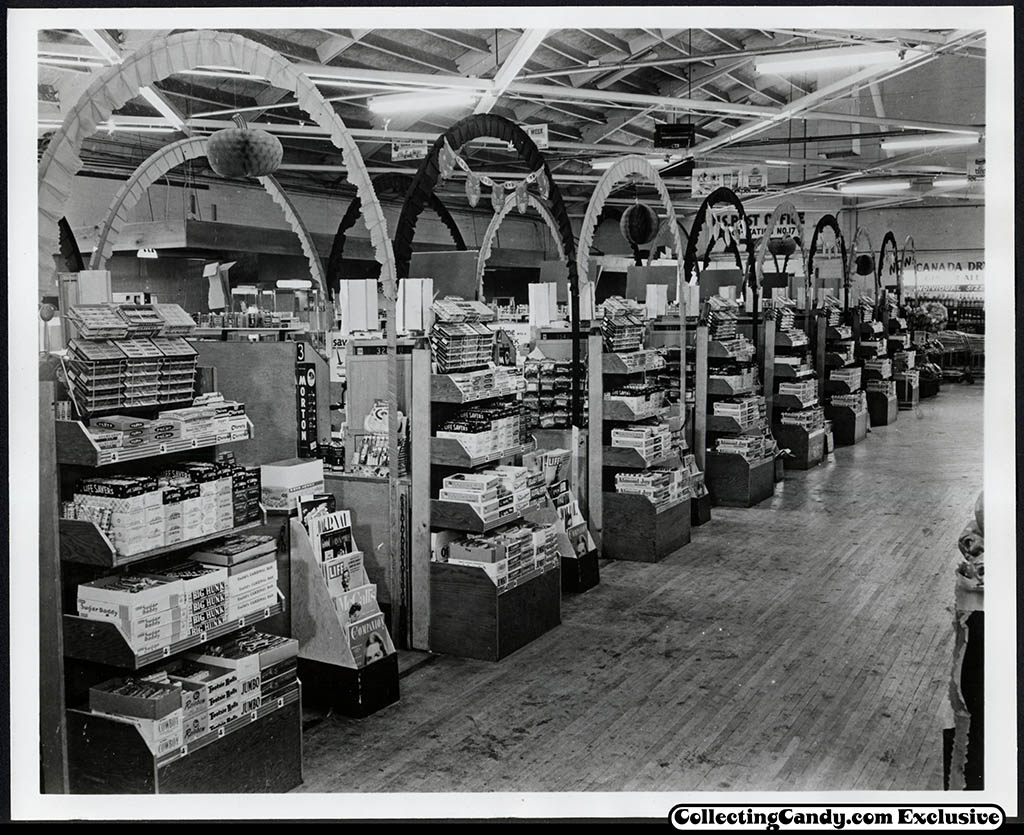 I didn’t realize initially that this was a Halloween season photo as most of the displays are generic, but when I zoomed in on the decorations arching over each isle, I discovered the Halloween theme:

I initially dated the group of photos that this one came from as being from 1957, but some of them had evidence that they were a little older.  In the case of this image, I was able to zoom in on the magazines on display to help me find a definitive answer:

While the covers weren’t clear enough to read the dates, I had enough info to start a search.  And thanks to the wonders of the internet and a website called Coverbrowser.com I was able to locate the exact Life Magazine issue pictured, as well as its date: 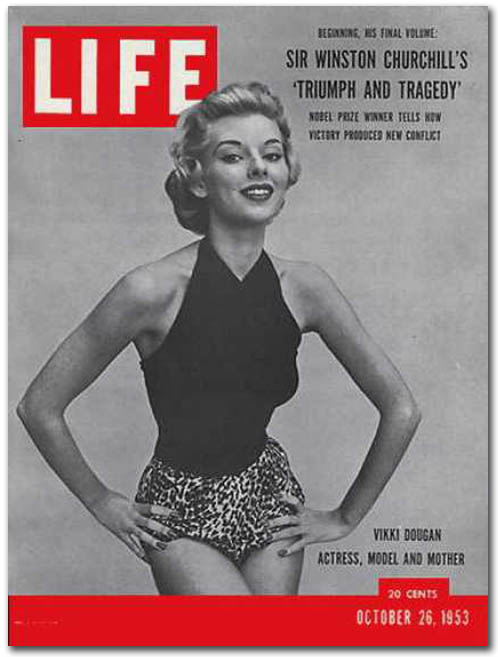 And with that image I was able to narrow down the timeframe of when the photo was taken.  I could now confidently state that this photo was snapped when the October 26, 1953 issue of Life Magazine was on store shelves – sixty years ago!

Of course, today’s photo isn’t quite like the ones I posted last year as the candy on display this time is technically in all-year-round setups.  Even so, I thought it would be fun to zoom in and take a look at what kind of candy was in the supermarket checkout during the 1953 Halloween season.

This is the kind of photo that I’d love to be able to crawl into and turn the lens to see around corners and behind shelves.  While that isn’t possible, I can at least share a few key close-up selections from it.  Check ’em out: 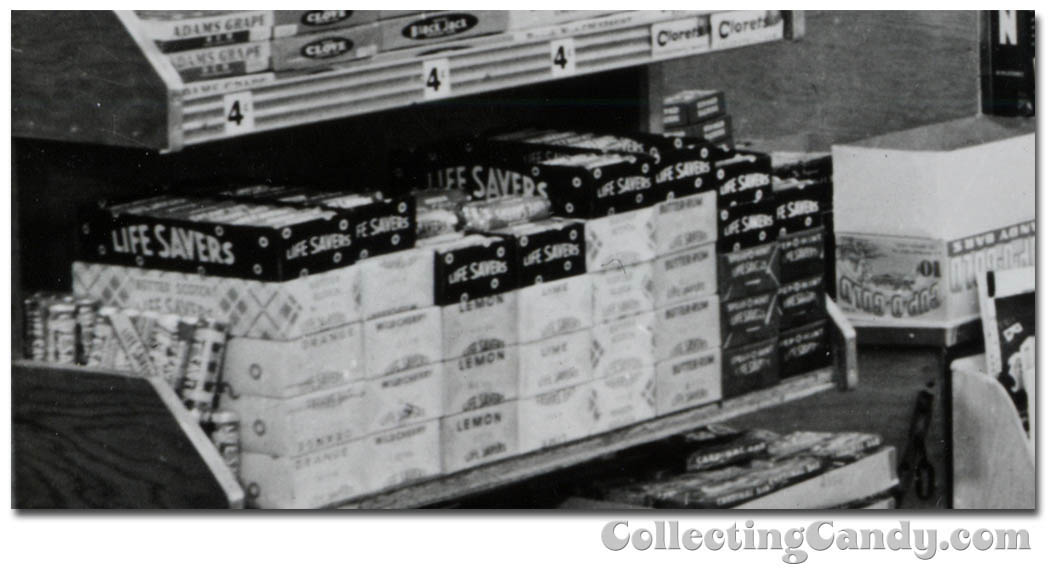 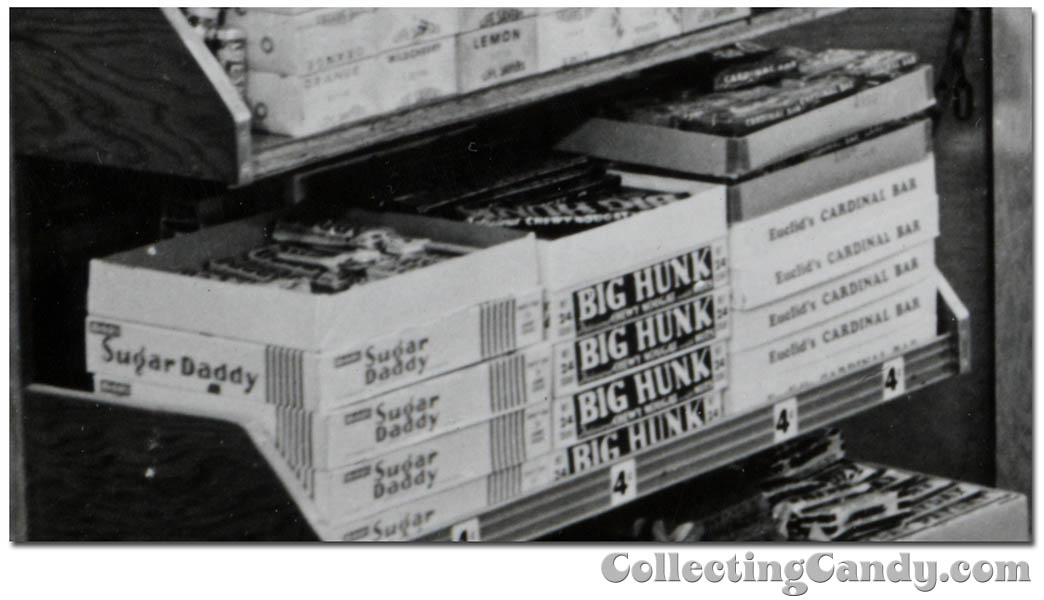 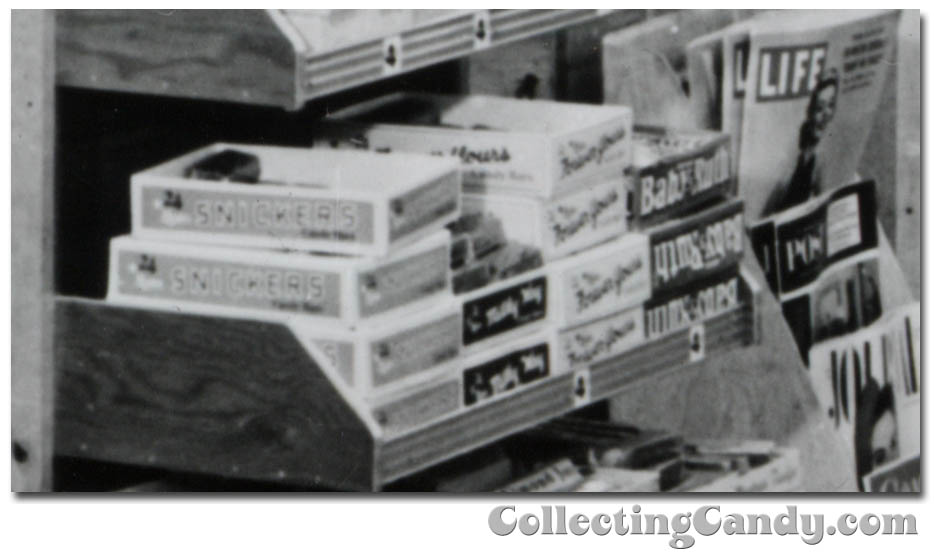 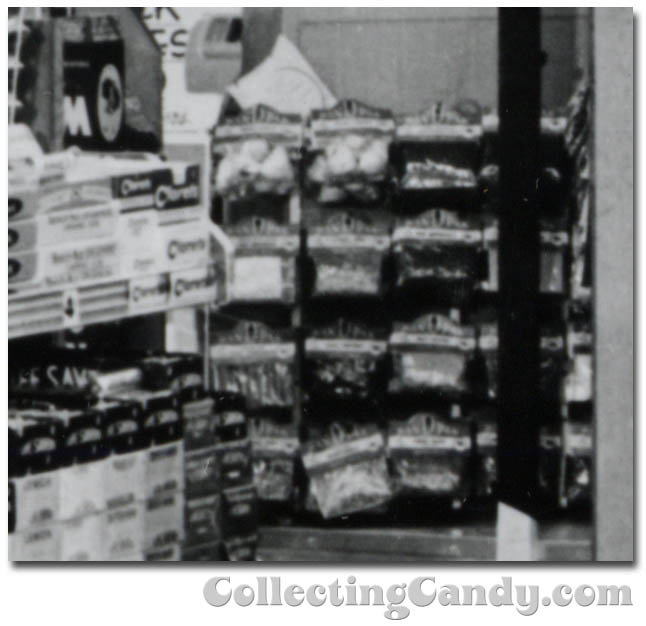 And that’s everything I’ve got to share on this glimpse into the retail of Halloween 1953.  It’s a bit like looking through a slightly blurry time-machine lens and into Halloween’s past. I hope you enjoyed it.

A New York City based writer, editor and sometimes actor. After spending much of the 1990′s in the comic book business helping tell the stories of Marvel Comics’ X-Men as series editor, he has since split his time between developing his own entertainment properties while still consulting and working on others. Having been described as “the Indiana Jones of lost and forgotten candy”, Jason is one of the country’s premier candy collectors and historians with his discoveries appearing in countless blogs, magazines, newspaper articles, and books. Always happy to share his knowledge and unique perspectives on this colorful part of our popular culture, Jason has consulted with New York’s Museum of Food and Drink and has also been a featured guest on Food Network’s Heavyweights, France’s M6 Capital, and New York’s TheActionRoom.com. My Google Profile+
View all posts by Jason Liebig →
This entry was posted in 1950's, Chocolate, CountdownToHalloween, Halloween, M&M's, Mars and tagged 1950's, 1950's candy, 1950's candy photos, 50's candy, candy collecting, candy collection, candy collector, candy wrapper collection, candy wrapper collector, collectible, collecting candy, confectionery, confections, packaging, sweets, vintage candy wrapper, wrapper. Bookmark the permalink.

1 Response to A Glimpse into Halloween Candy Retail of 1953!