For today’s “New for 2013” post, we’re jumping to the other side of the globe to check out Nestle-Japan’s limited edition Kit Kat flavor for the 2013 Halloween season:  Pumpkin Pudding!

Last year I covered Nestle-Japan’s Black Chocolate Pumpkin Pudding Kit Kat so it was fun to see them doing a white chocolate-based version this year.  For those that don’t know, over in Japan, Nestle routinely releases unusual flavors of Kit Kat as limited editions – some of which are only available in select regions.  Nestle-Japan has produced so many, in fact, that it’s estimated they’ve created over 200 different flavor Kit Kats over the years!

The 2013 Halloween edition was released as minis, sold in a larger multi-bag.  Here it is: 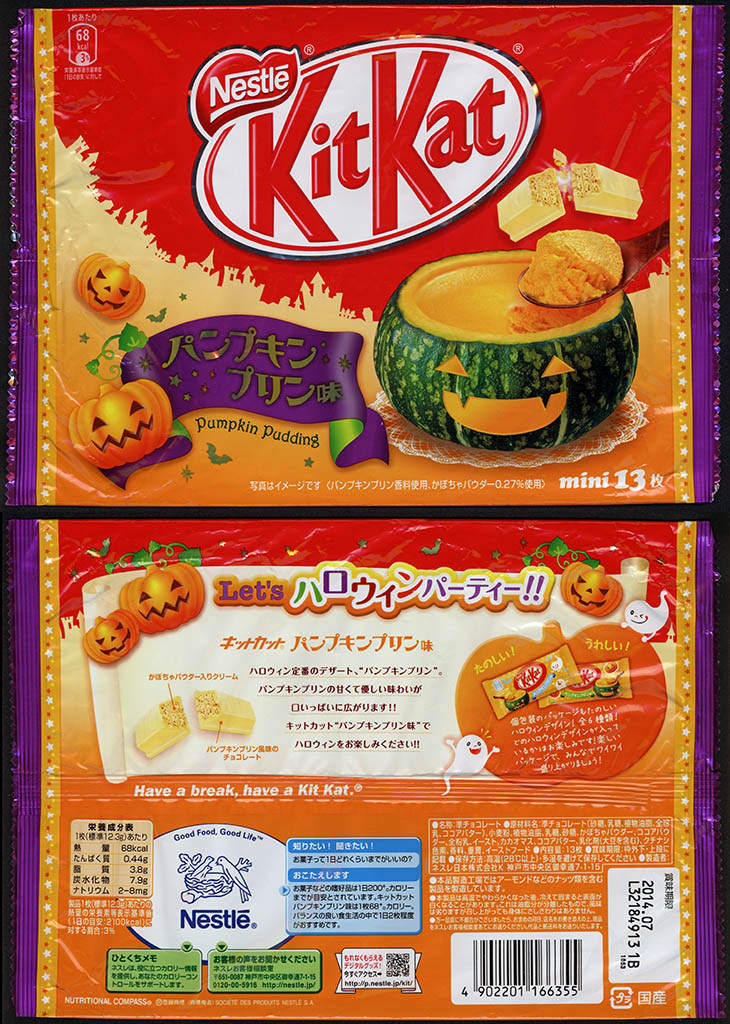 The designers on these Japan Kit Kats always come up with fun packaging and this year’s Halloween edition is no exception.  Beyond the larger multi-pack, the minis it contained had some fun graphics and a bit of variety.

I found five different Kit Kat minis wrappers in my Pumpkin Pudding package – not sure if there was a sixth that was made, but I’m guessing that my five is a complete set.  Here they are [Note:  Check out the subtle differences in the Jack-O-Lanterns and other touches.]: 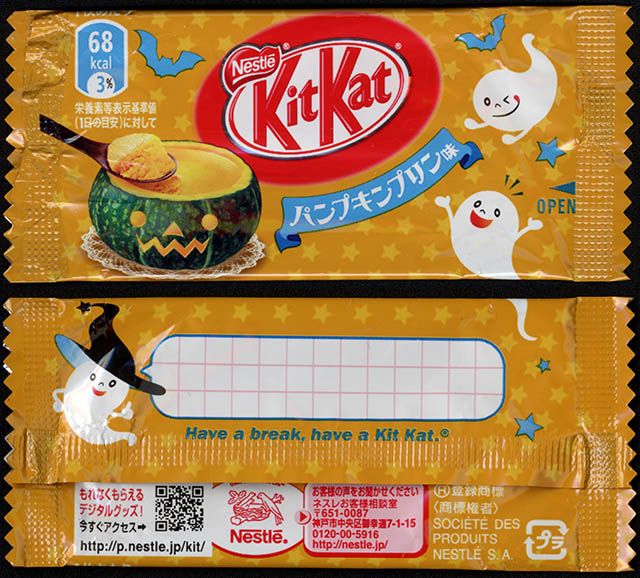 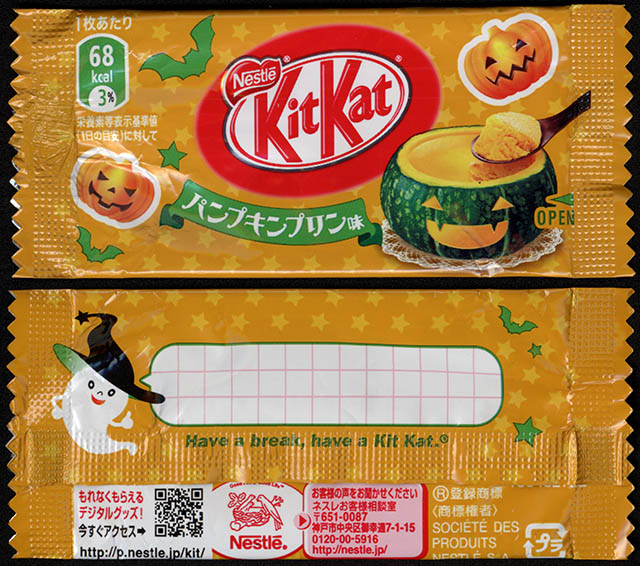 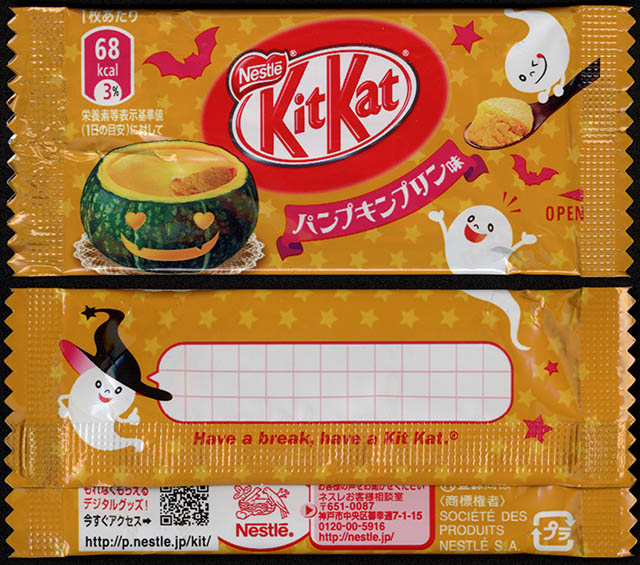 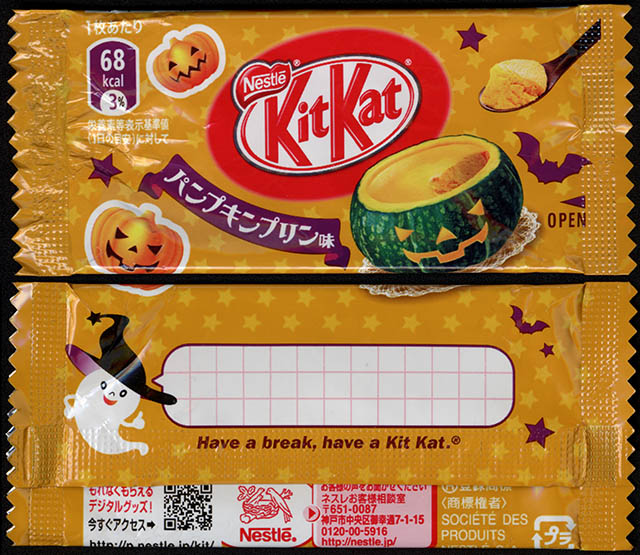 I think these Pumpkin Pudding Kit Kat wrappers are great bit of fun.

The huge variety of Japanese Kit Kats produced over the years makes them a unique animal in the world of big brand bars.  Because of that, they’re a topic I plan to delve into with more detail at some point down the road (I’ve never counted but I’d estimate that I have close to 100 different Japan Kit Kat packages in my collection).

If you’re curious about how these tasted, I can testify that they were delicious. The white chocolate base works well with the pumpkin pudding flavor.  Quite lovely!

And that’s everything I’ve got on this year’s Halloween Pumpkin Pudding Kit Kat release from Nestle-Japan.

A New York City based writer, editor and sometimes actor. After spending much of the 1990′s in the comic book business helping tell the stories of Marvel Comics’ X-Men as series editor, he has since split his time between developing his own entertainment properties while still consulting and working on others. Having been described as “the Indiana Jones of lost and forgotten candy”, Jason is one of the country’s premier candy collectors and historians with his discoveries appearing in countless blogs, magazines, newspaper articles, and books. Always happy to share his knowledge and unique perspectives on this colorful part of our popular culture, Jason has consulted with New York’s Museum of Food and Drink and has also been a featured guest on Food Network’s Heavyweights, France’s M6 Capital, and New York’s TheActionRoom.com. My Google Profile+
View all posts by Jason Liebig →
This entry was posted in Chocolate, CountdownToHalloween, Halloween, Holiday, Japanese, Nestle and tagged candy collecting, candy collection, candy collector, candy wrapper collection, candy wrapper collector, collectible, collecting candy, confectionery, confections, Halloween Kit Kat, Halloween KitKat, Japan Kit Kat, Japan KitKat, Japanese Kit Kat, packaging, sweets, vintage candy wrapper, wrapper. Bookmark the permalink.