To my recollection, candy started taking on a larger presidential profile during Ronald Reagan’s presidency in the 1980’s.  President Reagan was a fan of a brand of jelly beans that were relatively unknown at the time – Jelly Belly.  Soon the stories of his appreciation for those gourmet jelly beans hit the evening news – and a confectionery hit was born.   We can assume that Jelly Belly’s initial success owes a good deal to our 40th President’s sweet-tooth.

Dating back to the term of George H.W. Bush, M&M-Mars has produced special editions of their M&M products that are reportedly kept on Air Force One and the White House.

These Presidential M&M’s have special boxes complete with the Presidential seal, as well as the signature of the President they were made for.  Because of their notable status, they are often saved, and a collection of them can be assembled with relative ease.

Here’s the Peanut M&M’s box that was available during the term of the 42nd President of the United States – Bill Clinton: 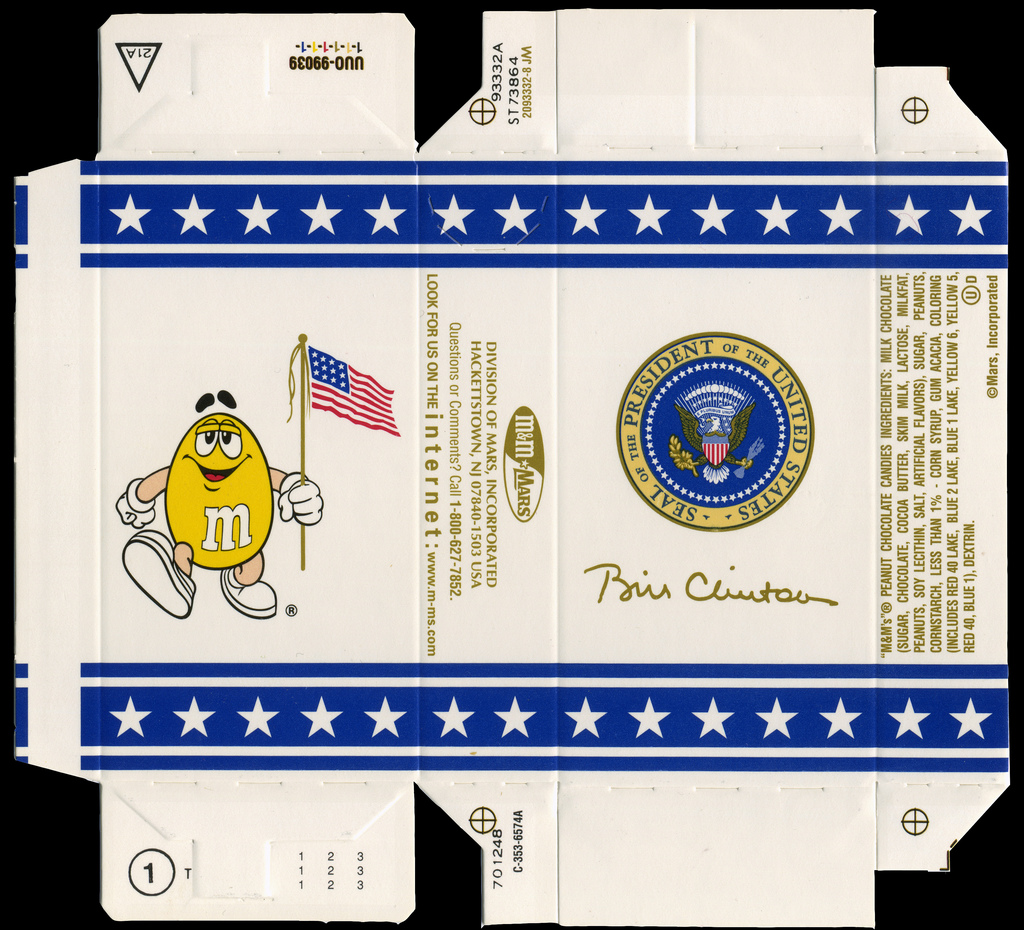 A New York City based writer, editor and sometimes actor. After spending much of the 1990′s in the comic book business helping tell the stories of Marvel Comics’ X-Men as series editor, he has since split his time between developing his own entertainment properties while still consulting and working on others. Having been described as “the Indiana Jones of lost and forgotten candy”, Jason is one of the country’s premier candy collectors and historians with his discoveries appearing in countless blogs, magazines, newspaper articles, and books. Always happy to share his knowledge and unique perspectives on this colorful part of our popular culture, Jason has consulted with New York’s Museum of Food and Drink and has also been a featured guest on Food Network’s Heavyweights, France’s M6 Capital, and New York’s TheActionRoom.com. My Google Profile+
View all posts by Jason Liebig →
This entry was posted in Chocolate, M&M's. Bookmark the permalink.