Willy Wonka is a huge brand name in the candy business today but it might be the 1980’s when the brand experienced its first golden age of success with new introductions like Nerds.  The 80’s are also when non-Wonka products that had been around for a decade already were brought into the Willy Wonka family with Wacky Wafers, Bottle Caps, and Gobstoppers receiving full Wonka branding.

Today, I’m going to look at a promotional brochure that represents one of the early efforts to tie those formerly non-Wonka products together for the Halloween holiday and under the Willy Wonka brand.

The following brochure was released to the candy trade in 1984, with text focusing quite a lot on consumer recognition of the Willy Wonka character.  As today’s title image already lets on, the brochure also features some terrific monster illustrations in and around the candy photos.  Here it is: 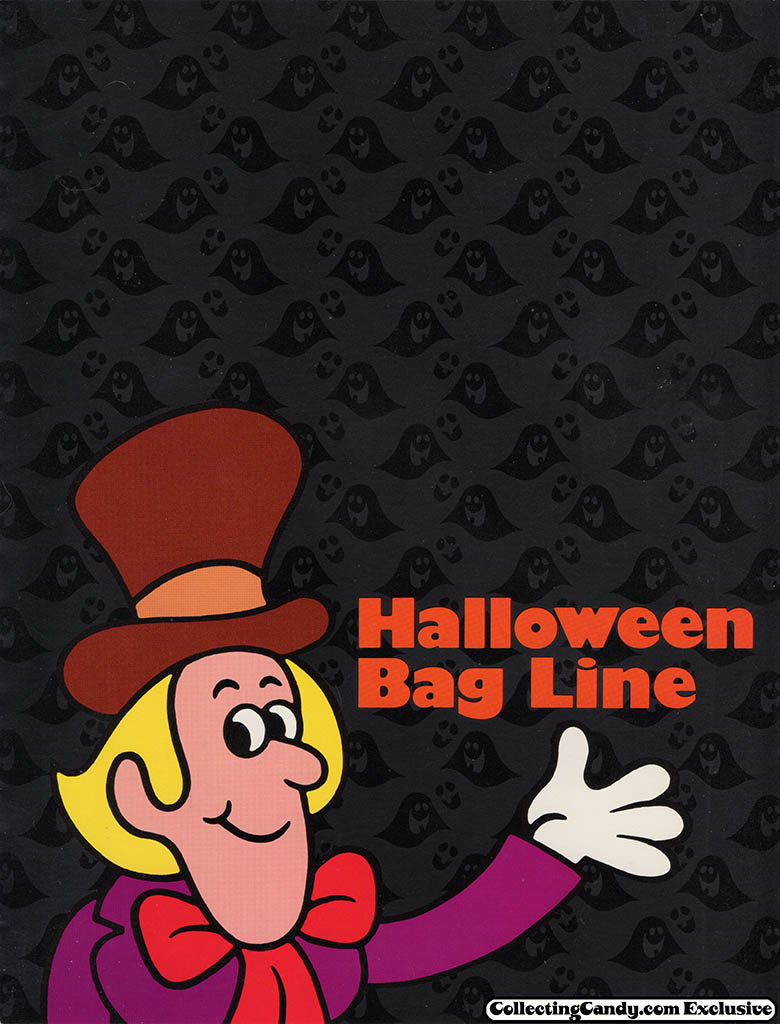 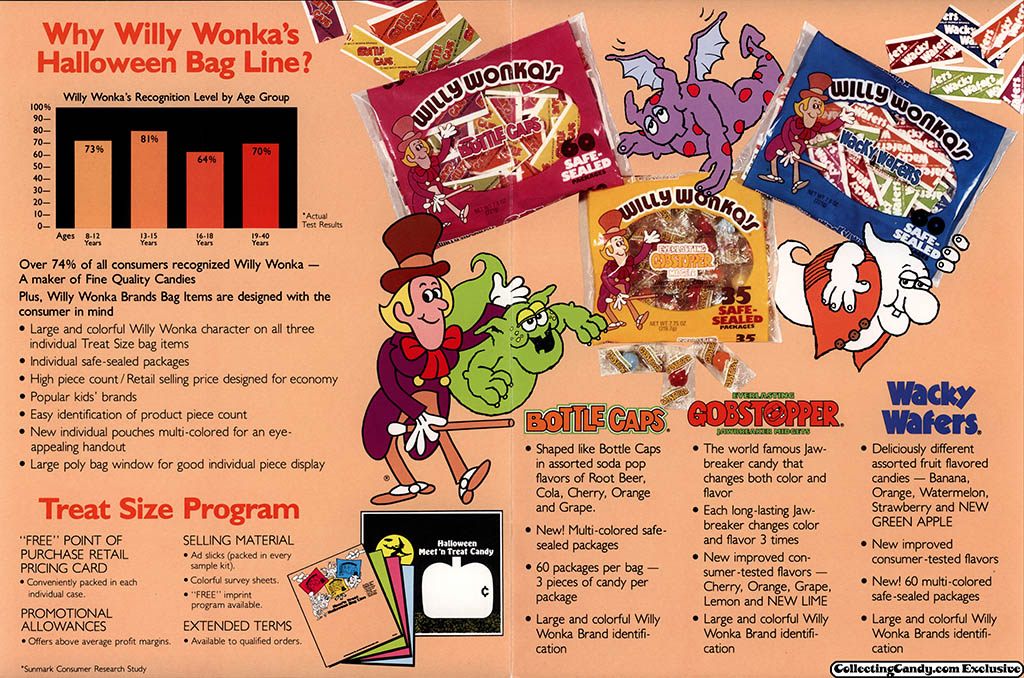 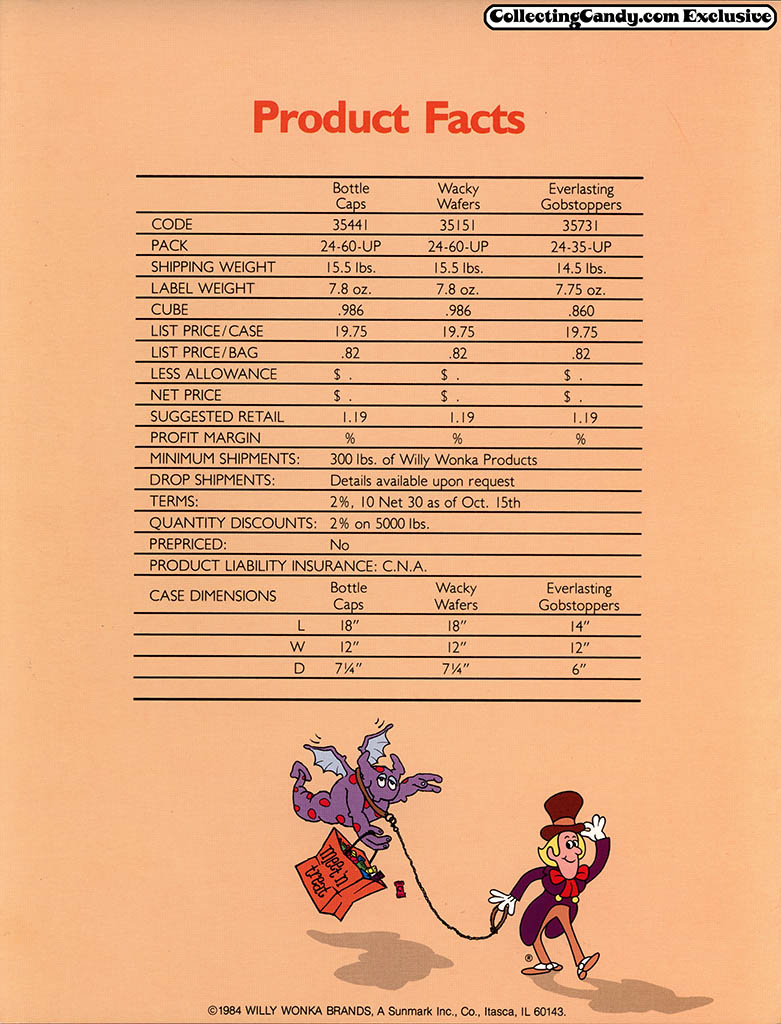 Here are close-ups of the three main photos from the brochure: 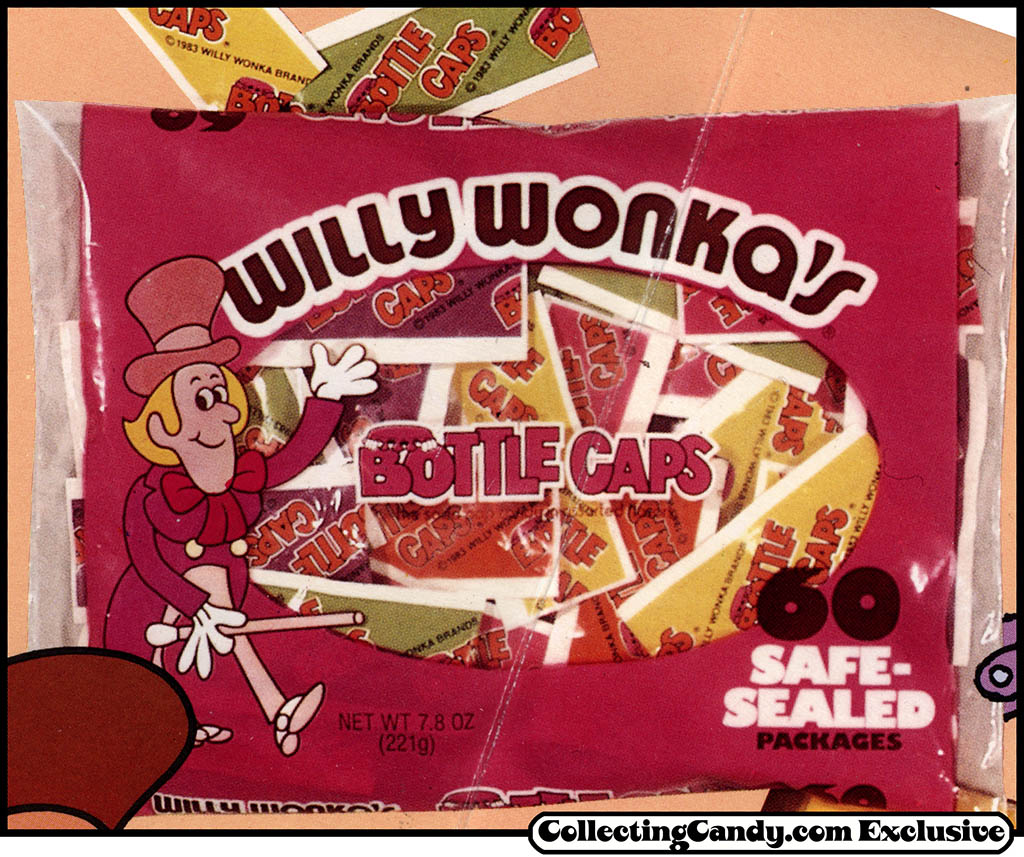 While I don’t have any of these pieces, my pal Dan Goodsell does have one of the  Gobstopper bags in his own collection: 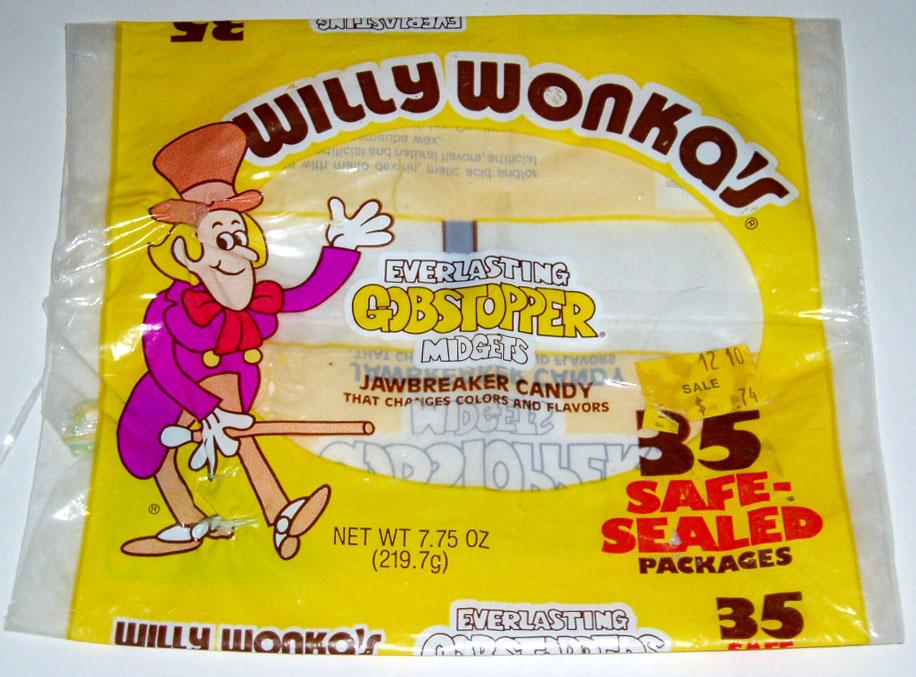 And that’s everything for today’s Halloween post.  See you next time!

A New York City based writer, editor and sometimes actor. After spending much of the 1990′s in the comic book business helping tell the stories of Marvel Comics’ X-Men as series editor, he has since split his time between developing his own entertainment properties while still consulting and working on others. Having been described as “the Indiana Jones of lost and forgotten candy”, Jason is one of the country’s premier candy collectors and historians with his discoveries appearing in countless blogs, magazines, newspaper articles, and books. Always happy to share his knowledge and unique perspectives on this colorful part of our popular culture, Jason has consulted with New York’s Museum of Food and Drink and has also been a featured guest on Food Network’s Heavyweights, France’s M6 Capital, and New York’s TheActionRoom.com. My Google Profile+
View all posts by Jason Liebig →
This entry was posted in 1980's, CountdownToHalloween, Halloween, Holiday, Nestle, Wonka and tagged 1980's, 1980's candy, 80's, 80's candy, candy collecting, candy collection, candy collector, candy wrapper collection, candy wrapper collector, collectible, collecting candy, confectionery, confections, Halloween candy, packaging, sweets, vintage candy wrapper, Willy Wonka, Wonka, Wonka candy, wrapper. Bookmark the permalink.