New from Jelly Belly this Halloween season are a striking quartet of jelly bean packages released under the branding of Vile Villains!

In recent years, Disney has capitalized on their rogues gallery of villains, realizing that they represent nearly as many licensing opportunities as their heroes and protagonists had in the past.  I’ll leave it to a Disney historian to determine exactly why that is, but it certainly makes for some groovy product possibilities.

The Vile Villains Jelly Belly packs were some of the first Halloween packages I found this season, though the early shipments only contained two of the characters; Captain Hook and the Evil Queen.  Only in the last week did I finally find the Ursula and Cruella packages, completing my set of four.  They each sport unique flavor assortments and suitably villainous names like Evil Apple and Lost Souls Mix.  Here they are: 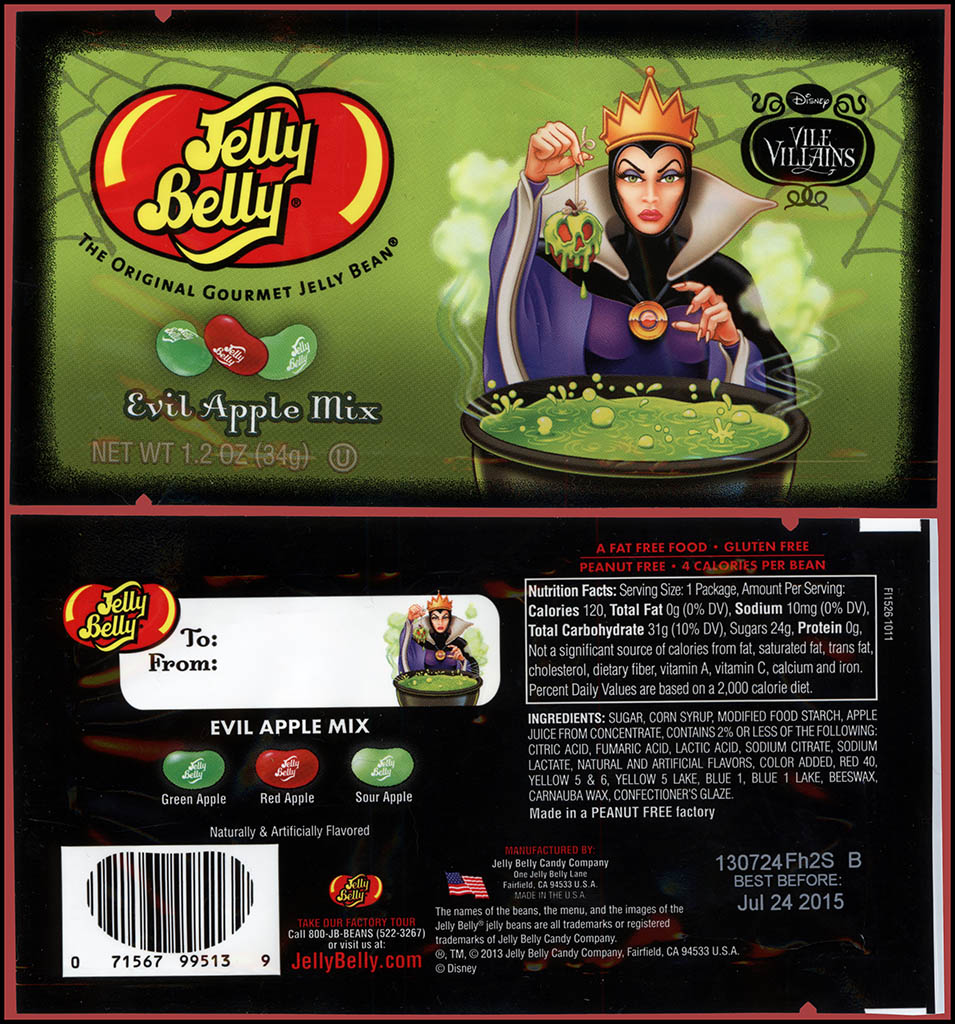 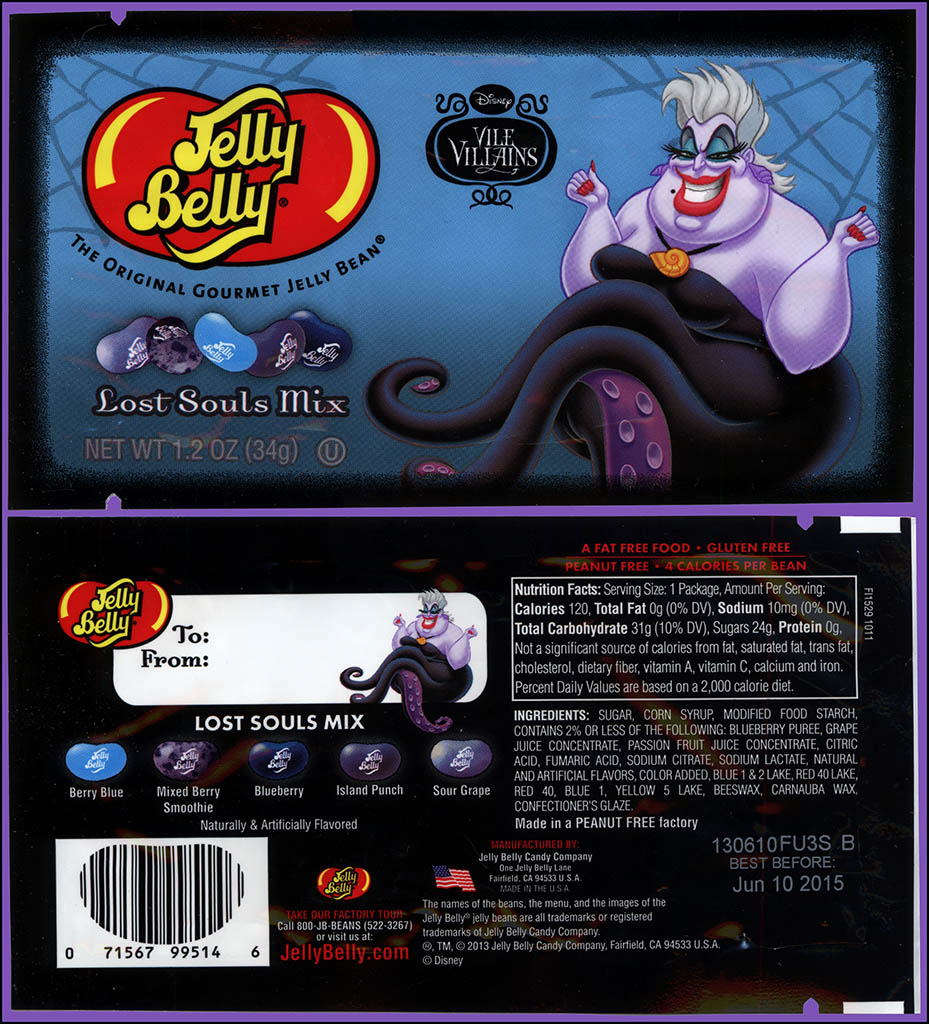 Those are pretty neat, aren’t they?   It makes me wonder if they’ll expand this line beyond these four characters next year, or create releases for other holidays.

For now that’s everything I’ve got to share on Jelly Belly’s Vile Villains packaging for Halloween.

A New York City based writer, editor and sometimes actor. After spending much of the 1990′s in the comic book business helping tell the stories of Marvel Comics’ X-Men as series editor, he has since split his time between developing his own entertainment properties while still consulting and working on others. Having been described as “the Indiana Jones of lost and forgotten candy”, Jason is one of the country’s premier candy collectors and historians with his discoveries appearing in countless blogs, magazines, newspaper articles, and books. Always happy to share his knowledge and unique perspectives on this colorful part of our popular culture, Jason has consulted with New York’s Museum of Food and Drink and has also been a featured guest on Food Network’s Heavyweights, France’s M6 Capital, and New York’s TheActionRoom.com. My Google Profile+
View all posts by Jason Liebig →
This entry was posted in CountdownToHalloween, Halloween, Holiday and tagged 101 Dalmations, candy collecting, candy collection, candy collector, candy wrapper collection, candy wrapper collector, collectible, collecting candy, confectionery, confections, Disney, jelly beans, Jelly Belly, Little Mermaid, packaging, Peter Pan, Snow White, sweets, vintage candy wrapper, wrapper. Bookmark the permalink.