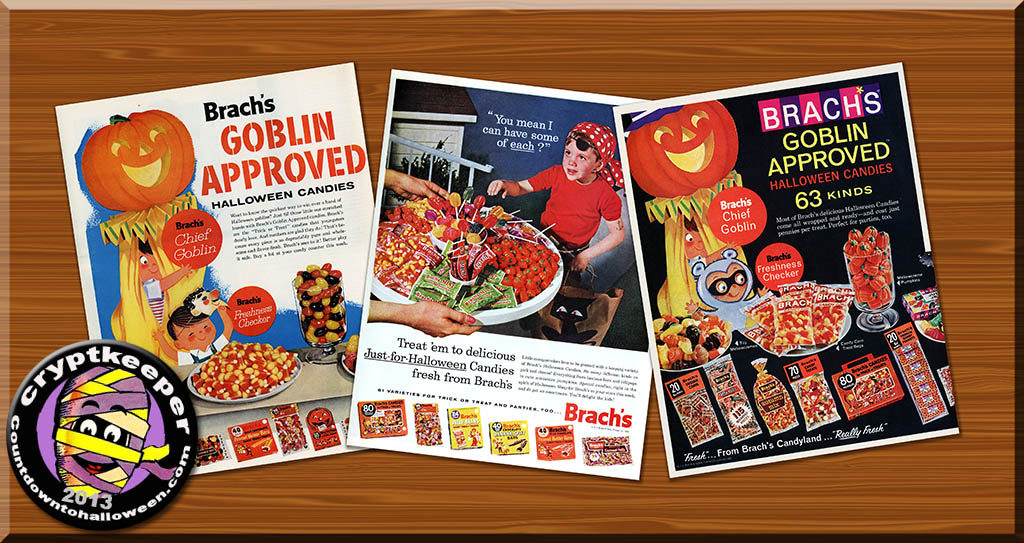 Today we’re going to jump back in time to take a look at a trio of neat 1960’s Halloween magazine ads for Brach’s candies.

[Note:  The main computer here at CollectingCandy HQ has been out of commission since Friday evening, but with a replacement power supply arriving earlier today, we’re happy to be back in business with this post!]

Brach’s have long embraced the Halloween holiday with all manner of seasonal treats and by the look of these ads, they had already hit their stride half a century ago.  Let’s take a look: 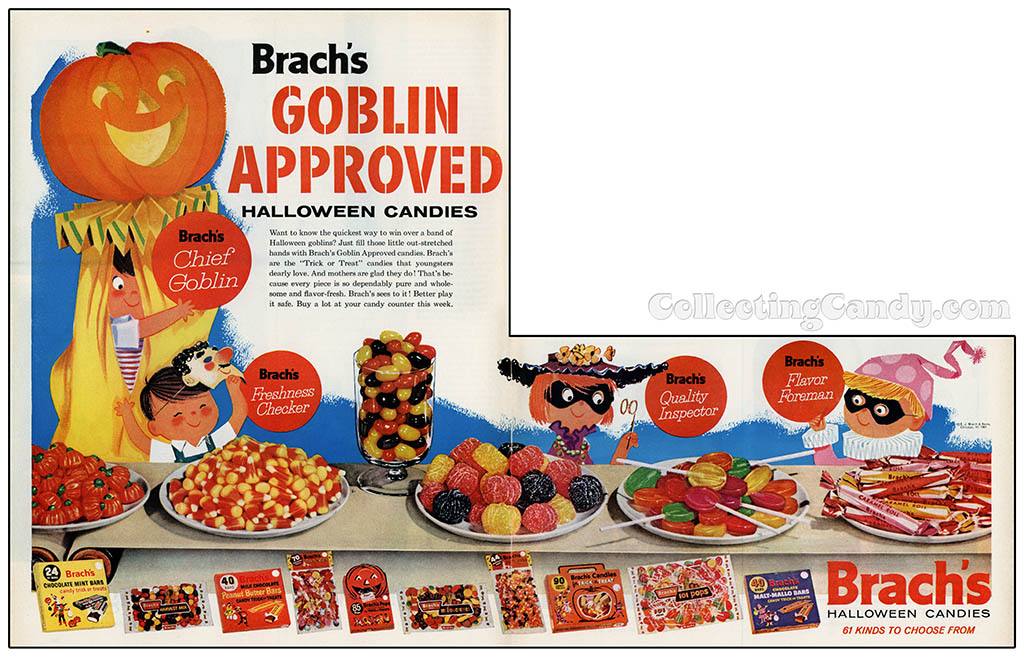 I love how they refer to the kids as “goblins” in the ad – great stuff.   Here are a few close-ups of the neat packaging that ad featured:

I have a wrapper for Brach’s Chocolate Peanut Butter Bars which could be the same style that appears in that last box image: 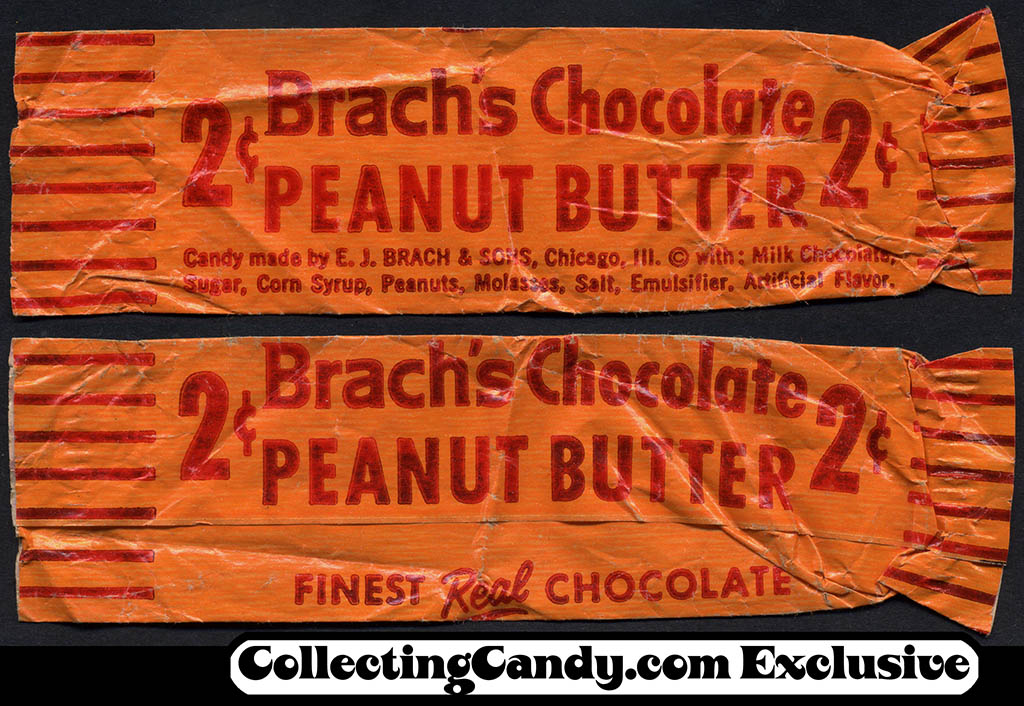 The next ad is from 1962 and features a different approach, this time featuring a photo rather than an illustration: 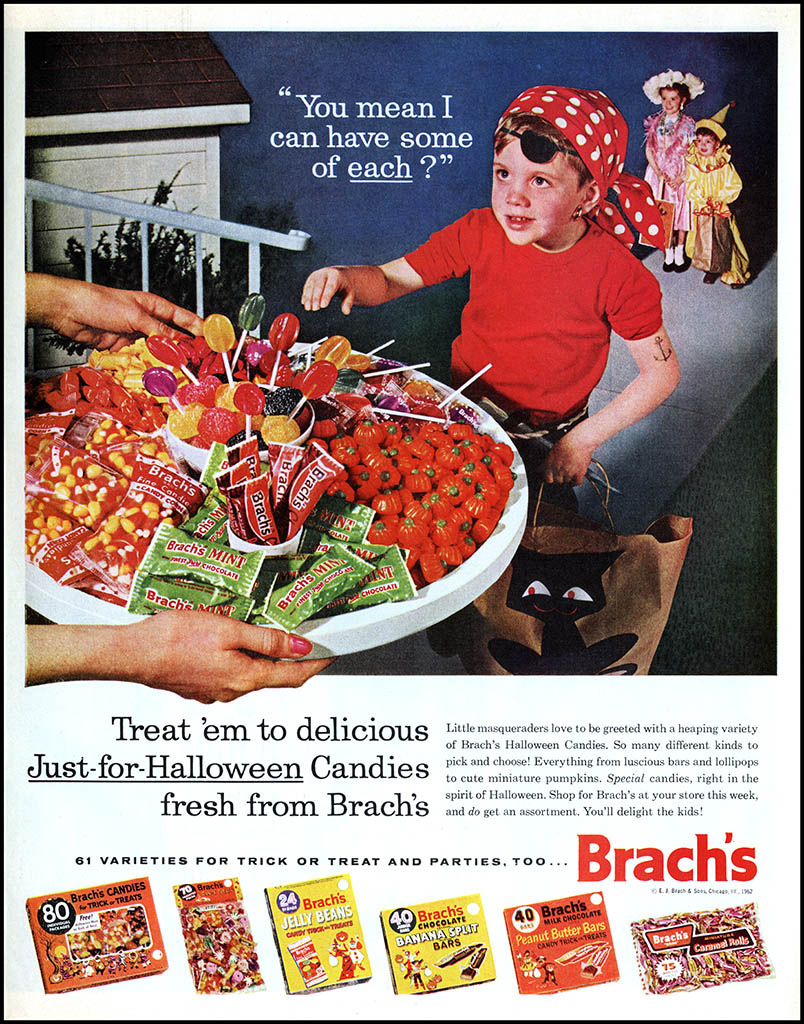 I noticed that from the 1961 to 1962 ads, the wrapper design for the Peanut Butter Bars changes – here are a pair of closer looks:

Last up for viewing today is another double-page split ad, this one from 1965: 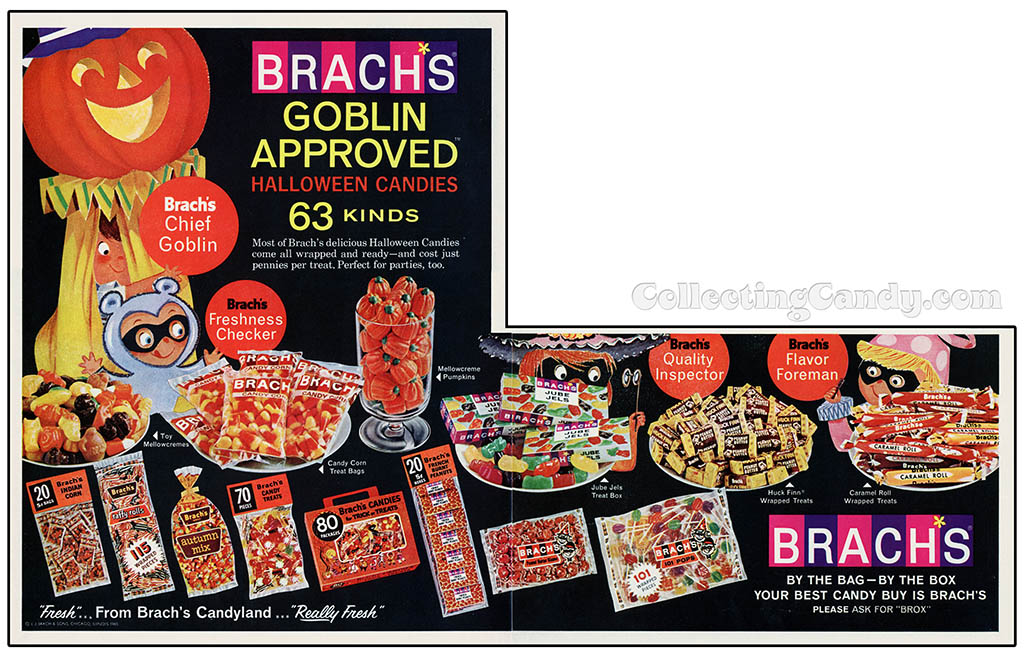 These double-page spreads are unusual in that they leave half the real estate open on the second page for editorial content.  This is what this ad looked like before I scanned and cleaned it up: 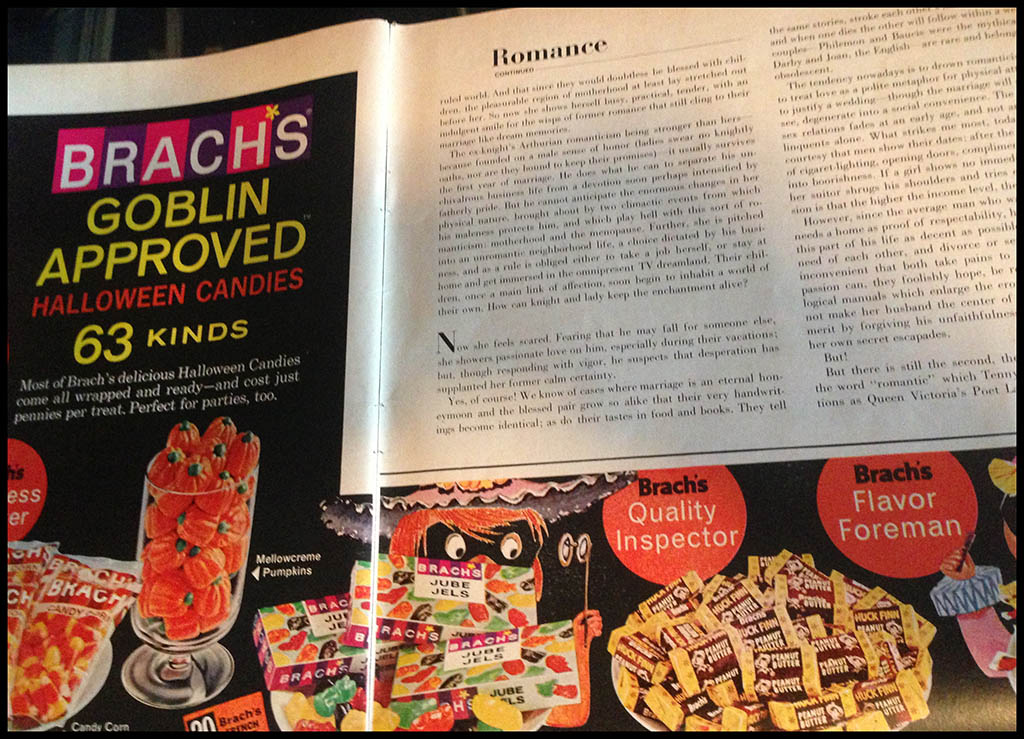 It’s interesting that some of the artwork in this 1965 ad is reused from the 1961 version.  Also of note is the early use of the Brach’s star-apostrophe, dual-color logo which places its introduction in the 1963-1965 period.

This ad is the first time I’ve seen Brach’s French Burnt Peanuts box, so I can now add it to my want list with the hopes that it will join my vintage Brach’s box collection.

I’ve had one of those Peanut Butter Huck Finn wrappers in my collection for a few years, so it’s great to see it in this vintage ad for Brach’s Halloween candy.  Here’s my original wrapper: 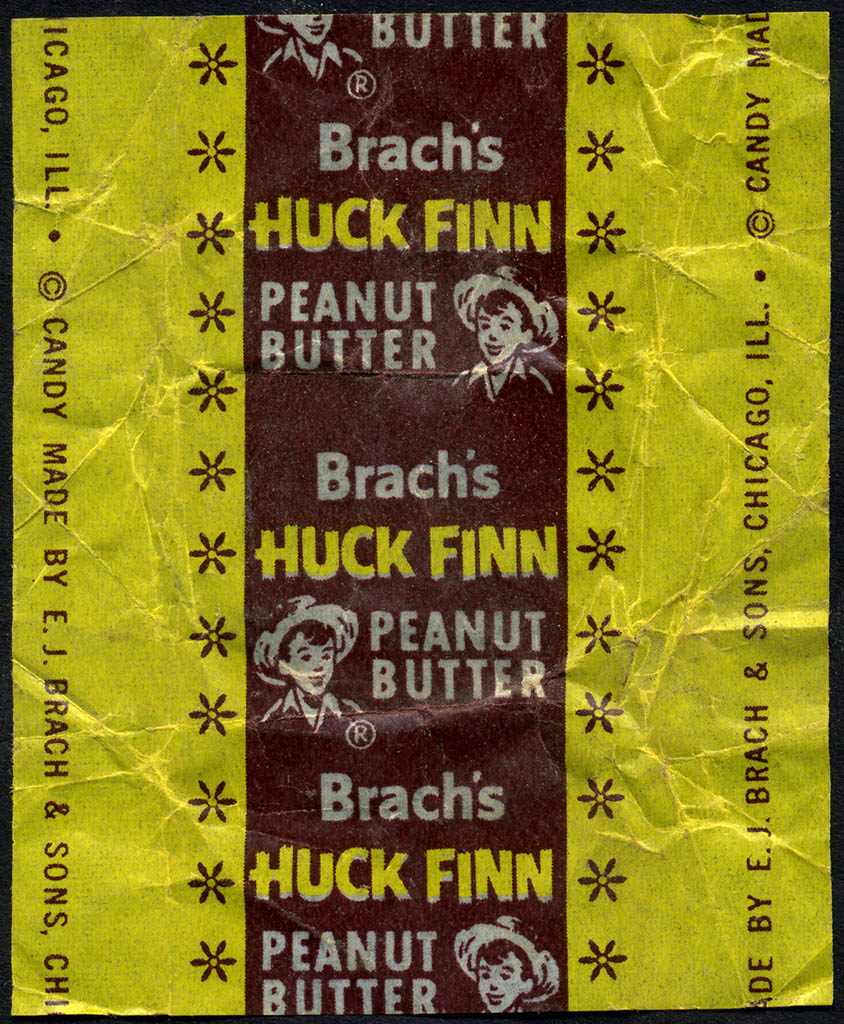 And that concludes our look at this trio of 1960’s Brach’s Halloween magazine ads.  I hope you’ve enjoyed them.

A New York City based writer, editor and sometimes actor. After spending much of the 1990′s in the comic book business helping tell the stories of Marvel Comics’ X-Men as series editor, he has since split his time between developing his own entertainment properties while still consulting and working on others. Having been described as “the Indiana Jones of lost and forgotten candy”, Jason is one of the country’s premier candy collectors and historians with his discoveries appearing in countless blogs, magazines, newspaper articles, and books. Always happy to share his knowledge and unique perspectives on this colorful part of our popular culture, Jason has consulted with New York’s Museum of Food and Drink and has also been a featured guest on Food Network’s Heavyweights, France’s M6 Capital, and New York’s TheActionRoom.com. My Google Profile+
View all posts by Jason Liebig →
This entry was posted in 1960's, Boxed, CountdownToHalloween, Halloween, Holiday and tagged 1960's Brach's, 1960's candy, Brach's, Brach's Halloween, candy collecting, candy collection, candy collector, candy wrapper collection, candy wrapper collector, collectible, collecting candy, confectionery, confections, Halloween, packaging, sweets, vintage candy wrapper, wrapper. Bookmark the permalink.