Before I get to the Minis, I’m going to cover the other Halloween Ring Pop packaging I’ve got in my collection.

I’d like to start with a groovy Ring Pop 2-pack as it sports some great Halloween cemetary graphics on the package.  It also features an oh-so-Halloween swirled orange-and-yellow pop in Screaming Berry flavor:

That two pack is a pretty great bit of Halloween packaging.

Along with those 2-packs, Topps also released single pack styles for Halloween which featured a spider-web graphic design element: 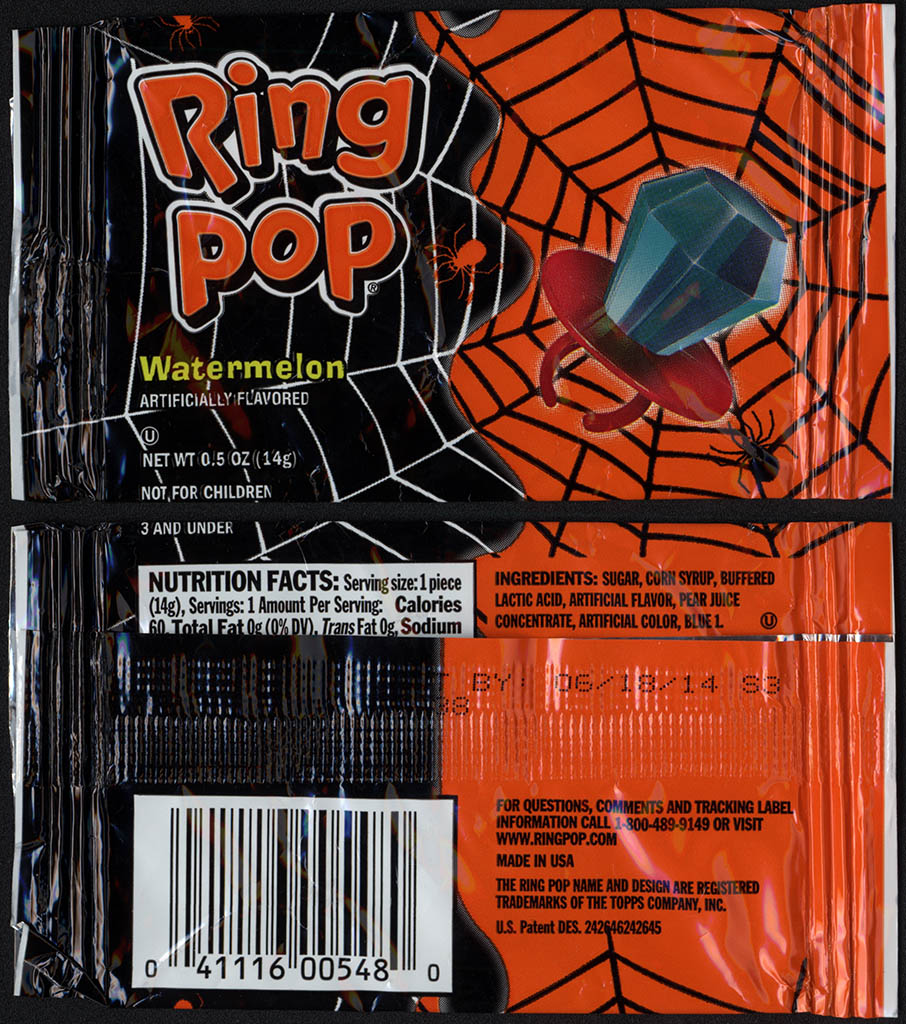 I believe those spider-web packs are also the ones that have been included in the Halloween multi-boxes seen at various retail outlets the past several years.  Here’s a photo of a few I saw in Target’s Halloween section this year:

Getting back to the headline topic of today’s post; let’s look at the Minis.  When I first saw this year’s new Halloween Ring Pop minis, I just assumed that they were the full-sized Halloween single packs I’d seen in recent years, as this is how they appeared in an unsealed, haphazardly-displayed box: 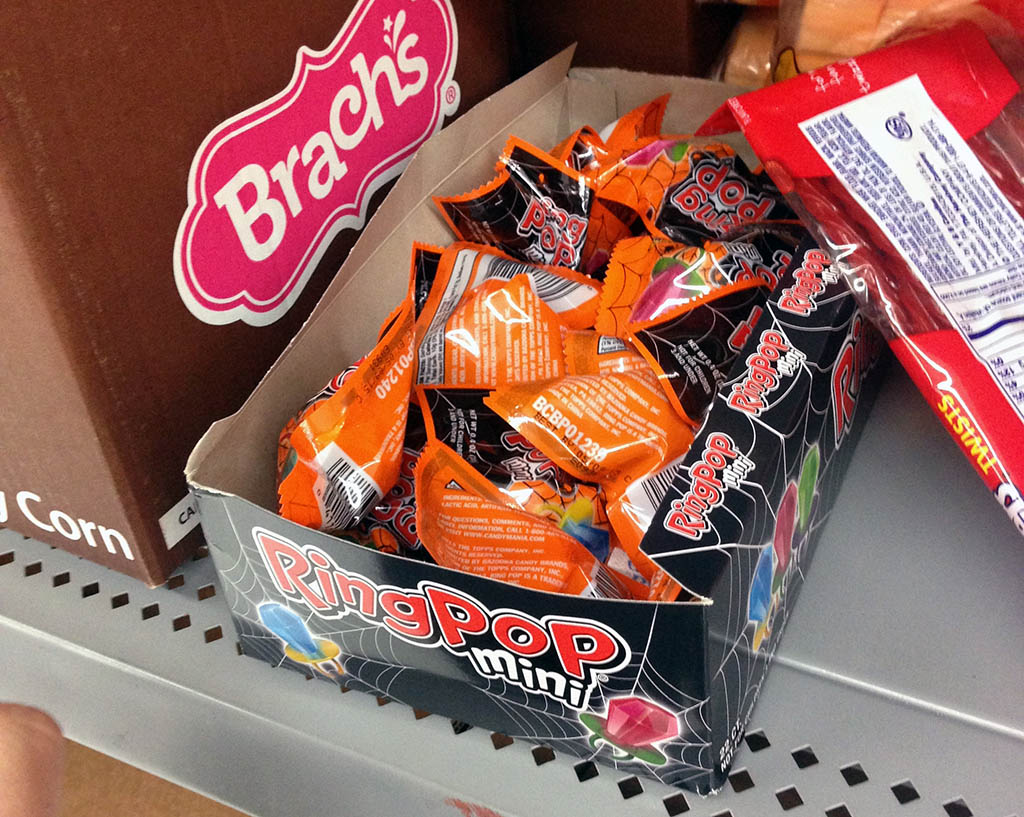 Of course it turned out that these were not last year’s Halloween offering, but instead were a new product.

The new Ring Pop Minis for Halloween did opt to use a similar spider-web graphic design from previous years’ full-size packaging.  The Minis came in three flavors:

There was one other Halloween Ring Pop item that I tried to pick up this year but was never able to find – the holiday packaging for Ring Pop Gummies.  Never seeing them at retail, I decided to order them from CandyWarehouse, but even there I came up empty (they reported no stock on them – not sure if they were sold-out or if they never had them to begin with).  Has anyone seen this groovy Halloween Mummy package for Ring Pop Gummies at retail anywhere?

So my hunt for the Mummy edition of Ring Pop Gummies begins.

A New York City based writer, editor and sometimes actor. After spending much of the 1990′s in the comic book business helping tell the stories of Marvel Comics’ X-Men as series editor, he has since split his time between developing his own entertainment properties while still consulting and working on others. Having been described as “the Indiana Jones of lost and forgotten candy”, Jason is one of the country’s premier candy collectors and historians with his discoveries appearing in countless blogs, magazines, newspaper articles, and books. Always happy to share his knowledge and unique perspectives on this colorful part of our popular culture, Jason has consulted with New York’s Museum of Food and Drink and has also been a featured guest on Food Network’s Heavyweights, France’s M6 Capital, and New York’s TheActionRoom.com. My Google Profile+
View all posts by Jason Liebig →
This entry was posted in CountdownToHalloween, Gummies, Halloween, Holiday, Topps and tagged Bazooka, candy collecting, candy collection, candy collector, candy wrapper collection, candy wrapper collector, collectible, collecting candy, confectionery, confections, Halloween, packaging, Ring Pop, sweets, Topps, vintage candy wrapper, wrapper. Bookmark the permalink.

3 Responses to New for 2013: Halloween Ring Pop Minis and More!