For today’s Hot Cinnamon Week post, I wanted to cover a childhood favorite of mine: Stark’s Cinnamon Teddy Bears!

Sold by the Howard Stark candy company in the 70’s and 80’s (and maybe into the 90’s), Teddy Bears were a small hot-cinnamon flavored gummy-type bear.

The odd thing is that when I was enjoying these as a kid, I’d never heard of gummy bears.  So the first time I encountered any kind of gummy bear, I saw them as rainbow-colored Cinnamon Teddy Bears.

I have two different Stark Teddy Bear packages in my collection.  One dates back to the mid-1970’s, and the other is from a few years later.  Here they are: 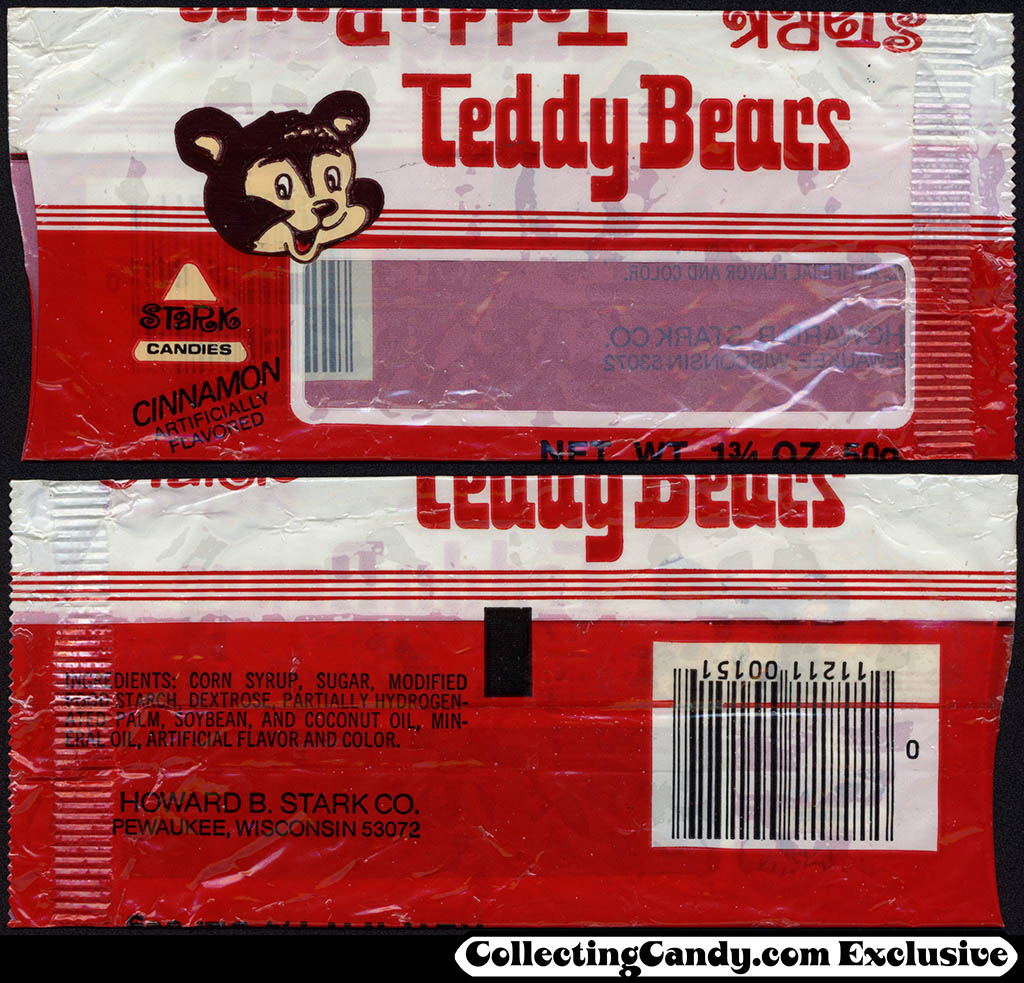 Beyond Stark’s Cinnamon Teddy Bears, I also have clear memories of Brach’s Cinnamon Bears, which were like a giant-sized version of Stark’s gummy-sized offerings.  Here’s an example that is in a vintage Brach’s salesman display that is part of my collection: 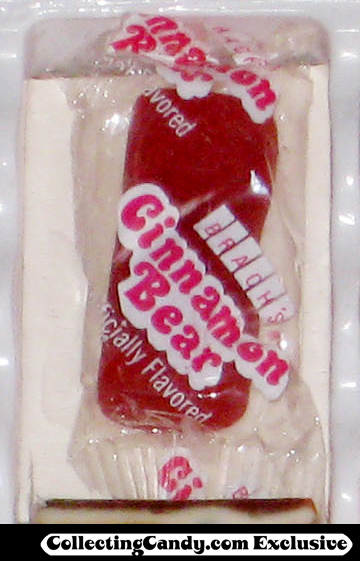 Though I don’t recall any other major cinnamon bear candy offerings from my childhood, in my research I’ve found that Heide produced a pretty cool one in the 1970’s: 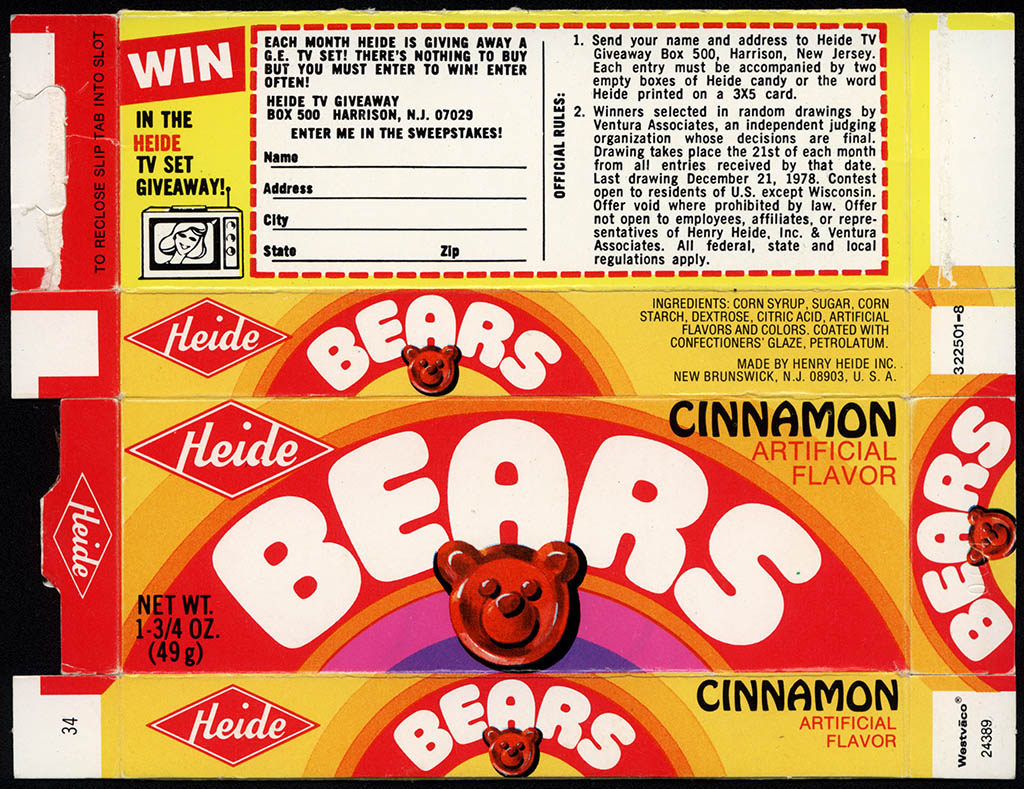 That one is pretty cool, isn’t it?  Based on the box design, I’d speculate that Heide might have produced other flavors of Bears candies, but I can’t be sure.

As time went on, cinnamon bear candies lost favor in the standard candy isle assortments, but continued to be offered in bulk and store-brand packages.  I’ve got a pair of these to show as well: 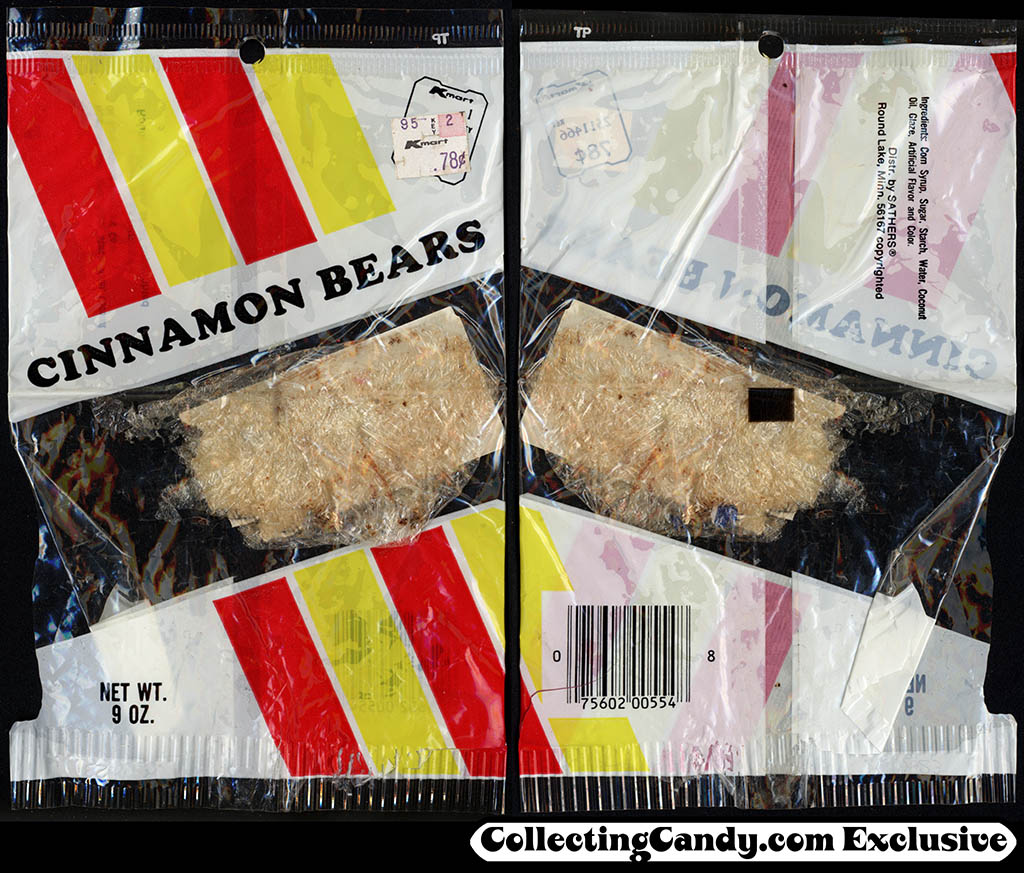 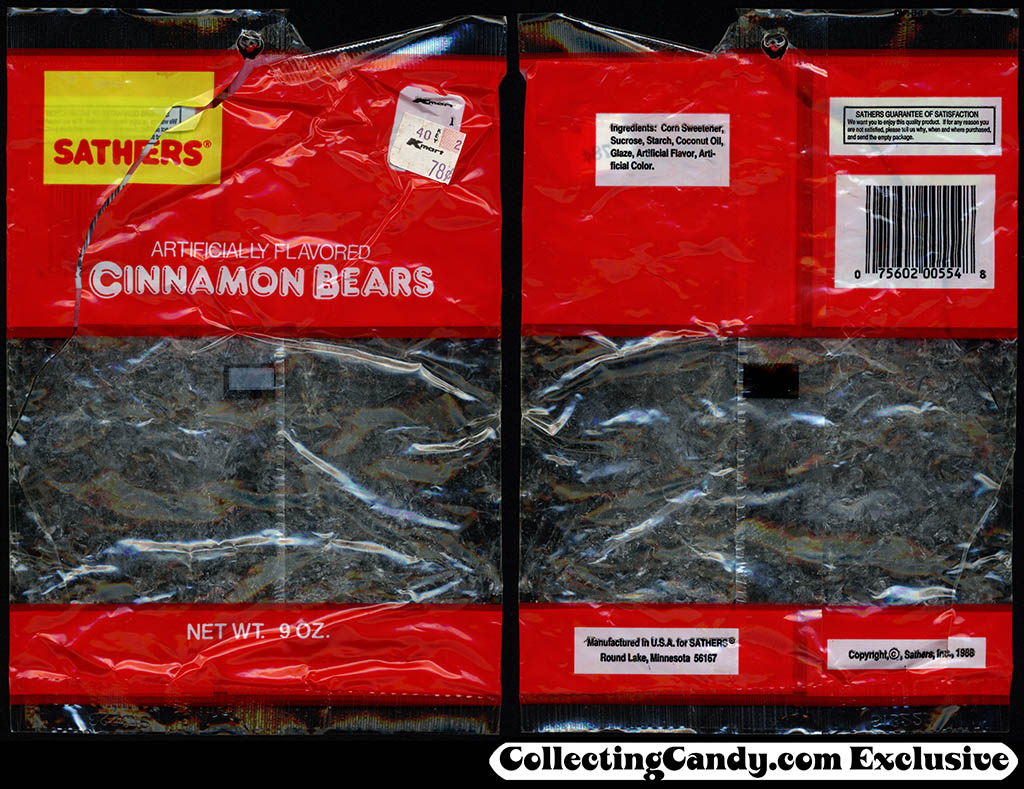 These days, it’s not easy to find hot cinnamon bears at retail.   But they are still out there as I found at least one company that still advertises them as part of their product line.

While they might be considered a bit old-fashioned or old school these days, Hot Cinnamon Bears will always be a childhood favorite I look back on with tremendous fondness.

And that’s all for today’s entry in our Hot Cinnamon Week.

A New York City based writer, editor and sometimes actor. After spending much of the 1990′s in the comic book business helping tell the stories of Marvel Comics’ X-Men as series editor, he has since split his time between developing his own entertainment properties while still consulting and working on others. Having been described as “the Indiana Jones of lost and forgotten candy”, Jason is one of the country’s premier candy collectors and historians with his discoveries appearing in countless blogs, magazines, newspaper articles, and books. Always happy to share his knowledge and unique perspectives on this colorful part of our popular culture, Jason has consulted with New York’s Museum of Food and Drink and has also been a featured guest on Food Network’s Heavyweights, France’s M6 Capital, and New York’s TheActionRoom.com. My Google Profile+
View all posts by Jason Liebig →
This entry was posted in 1970's, 1980's and tagged candy collecting, candy collection, candy collector, candy wrapper collection, candy wrapper collector, collectible, collecting candy, confectionery, confections, packaging, sweets, vintage candy wrapper, wrapper. Bookmark the permalink.