It’s Game 7 of the 2013 NBA Finals and tonight the San Antonio Spurs or the Miami Heat will  come away with an NBA championship.  In recognition of that, I selected a number of NBA-related candy packages from my collection to share.

First up is a candy box from the late 1970’s from a company called Gum Products.  They would market these candy-coated peanuts under a baseball license as well as comic book heroes Superman and Spider-Man.  Here’s their NBA “Slam Dunk” offering: 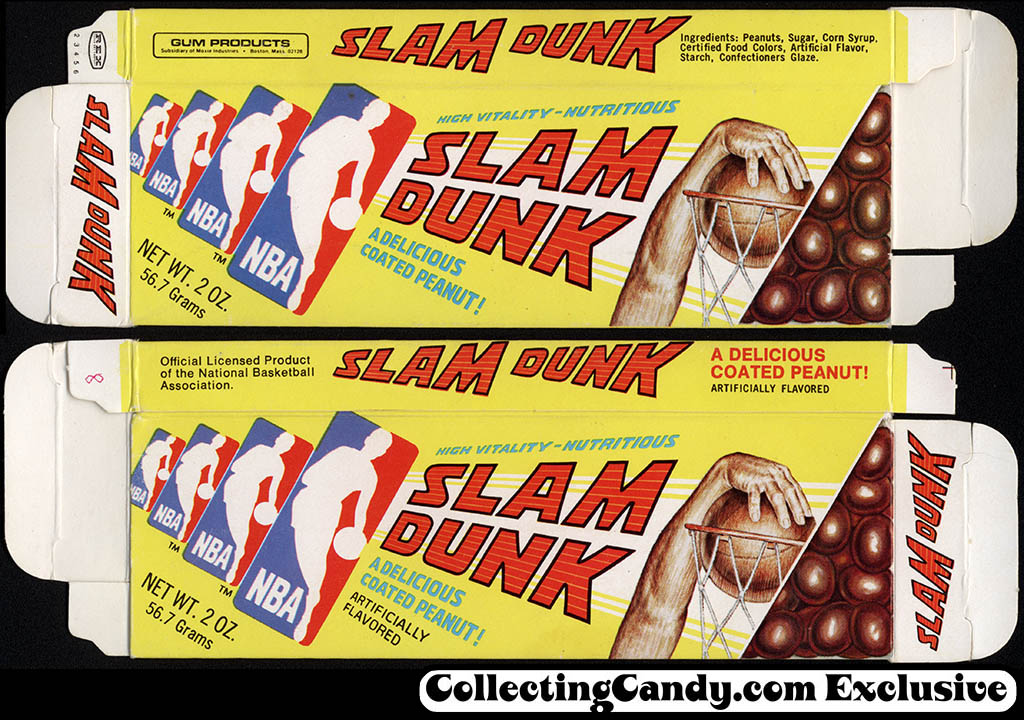 Throughout the 1990’s, the Nestle company was an NBA partner which resulted in a number of related Nestle Crunch wrappers.  The first I’m showing was a special edition “NBA Bar”, meaning that the actual chocolate bar would be imprinted with one of the then-27 NBA teams: 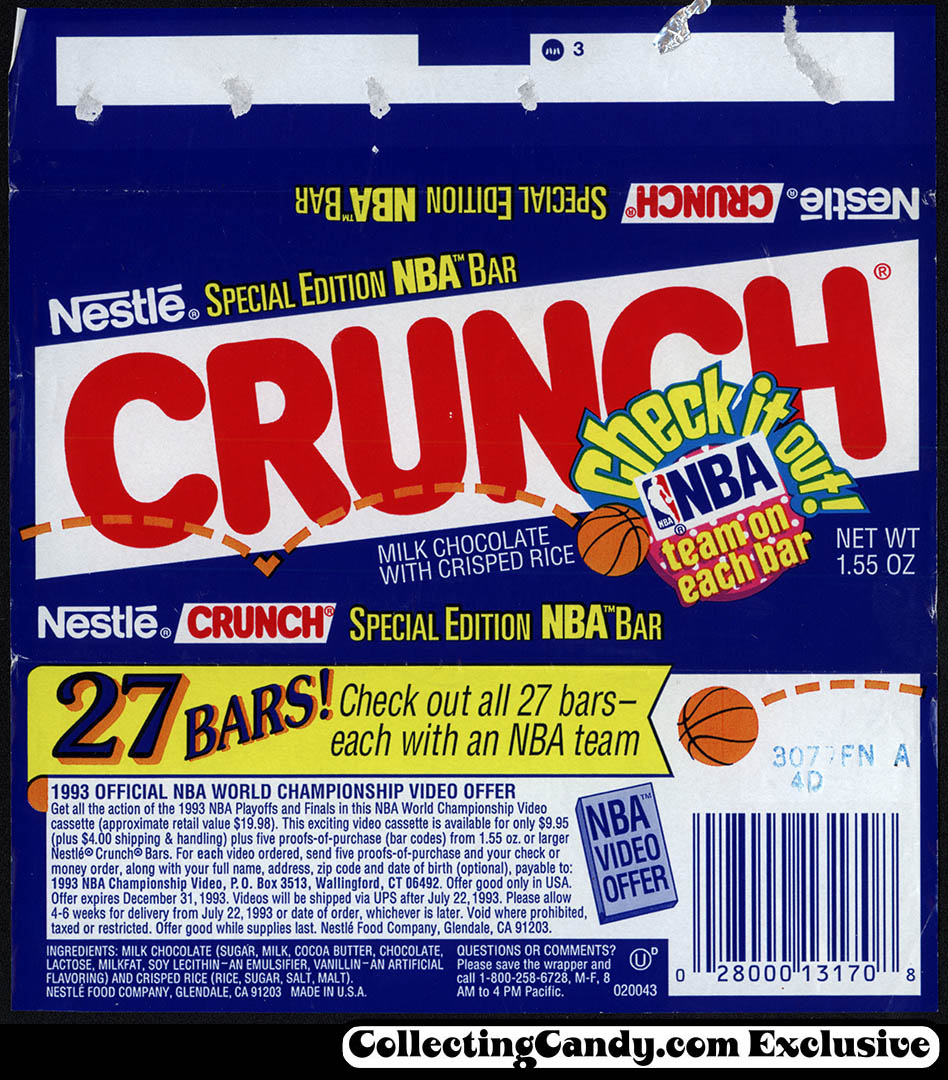 Nearly a decade later, Nestle had opted for a more celebrity-filled association when they featured Shaquille O’Neal on wrappers: 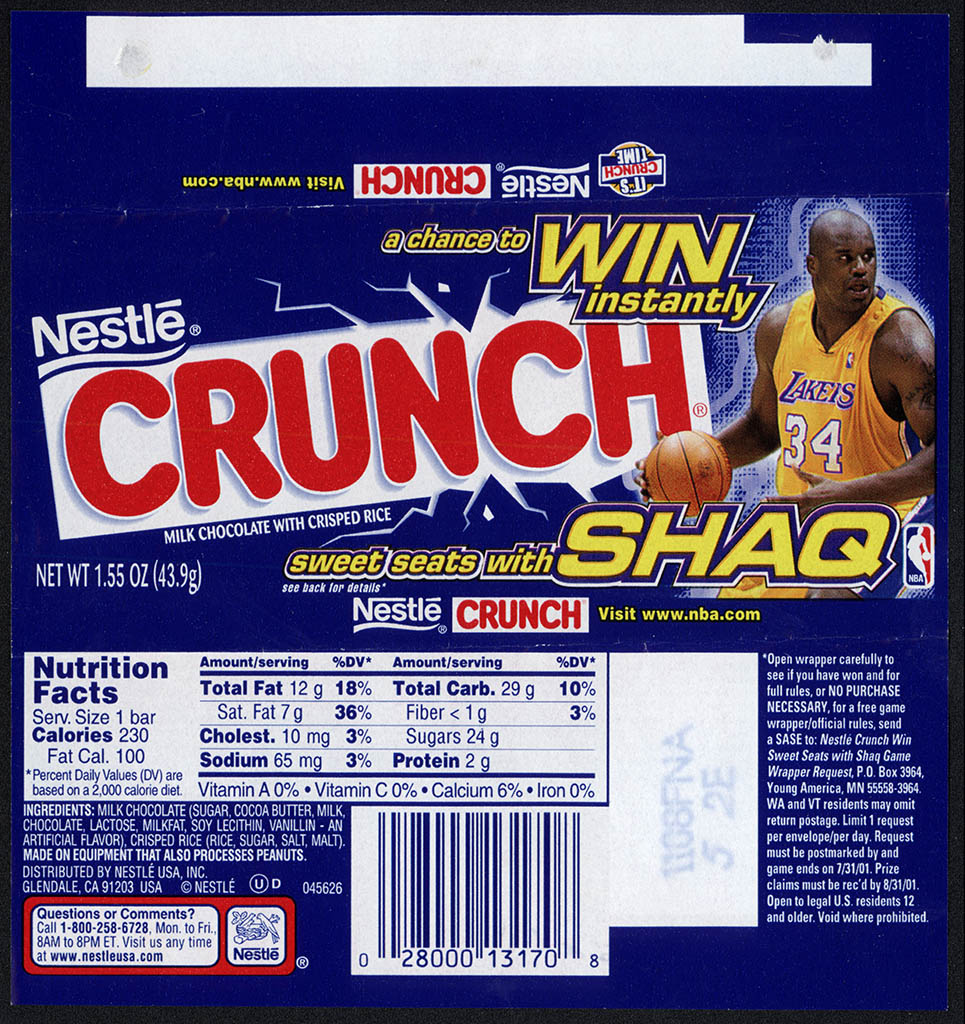 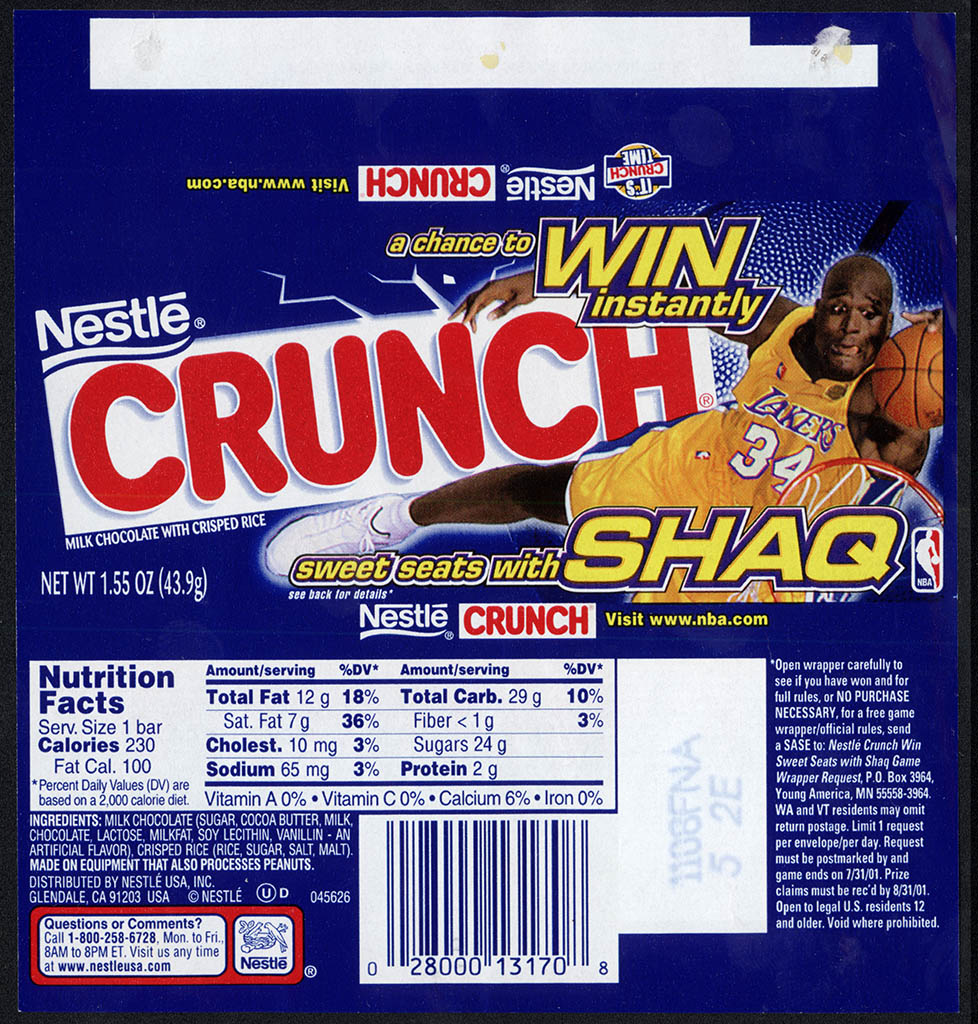 But this wasn’t Shaq’s first confectionery rodeo, as he had been gracing Nielson bar wrappers up in Canada during the 1990’s. 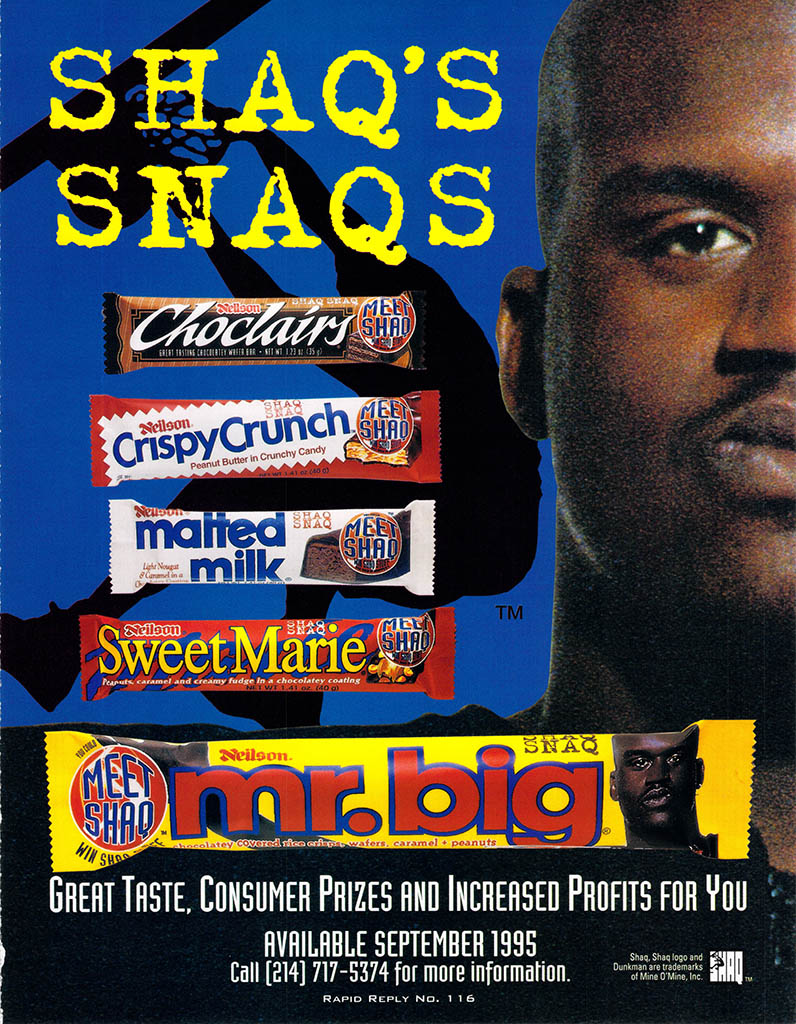 I have one of those Mr. Big wrappers in my collection (there were others – but I only have this example): 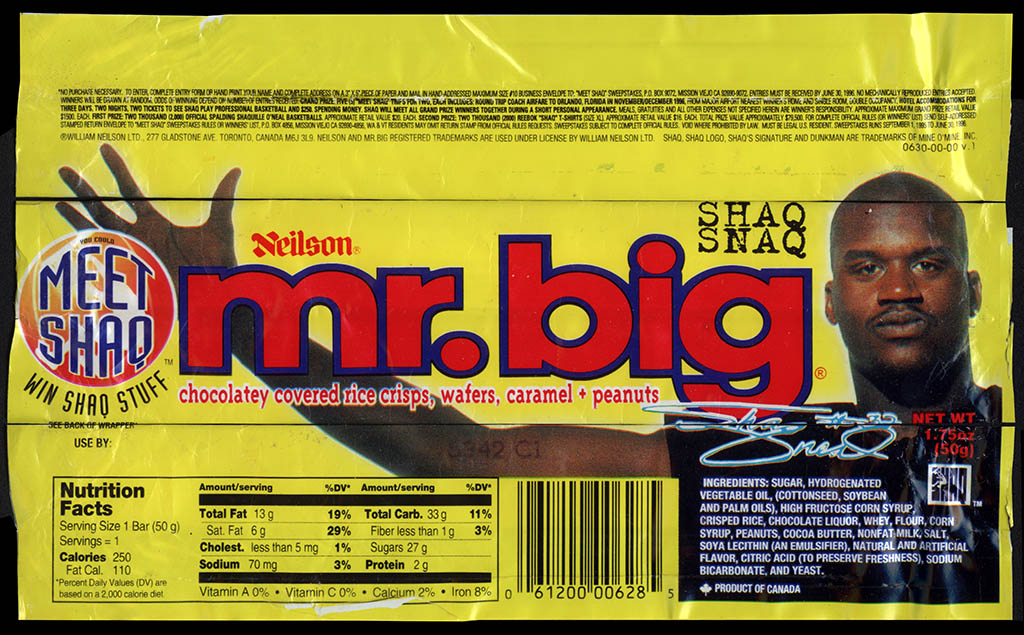 And just for the sake of comparison, here’s a standard Mr. Big wrapper from the time: 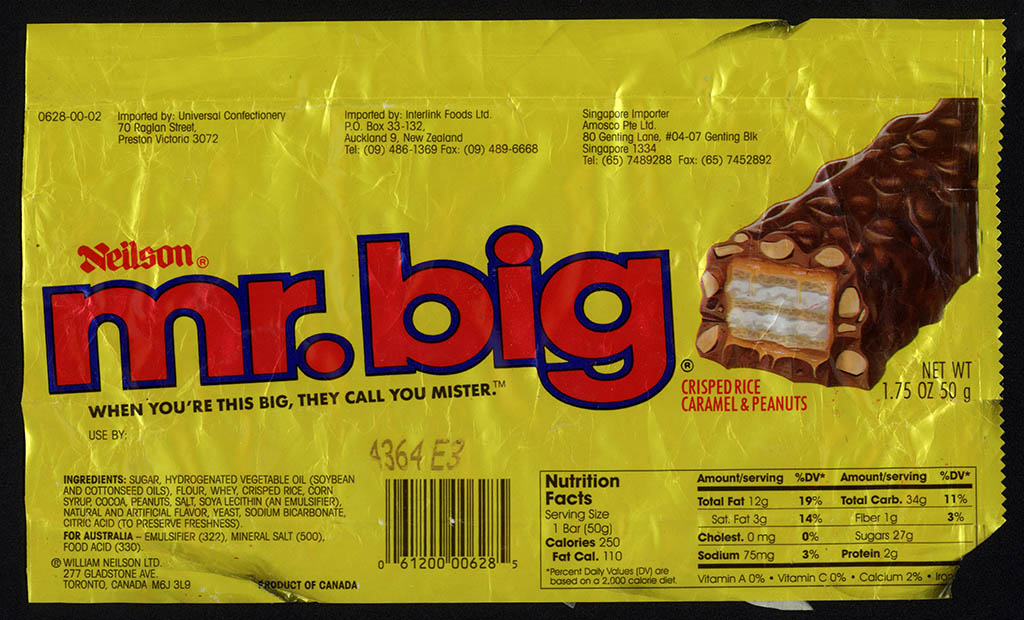 And that’s everything I could find in my collection that is basketball-related.  I hope you enjoyed the assortment, and I hope that tonight’s Game 7 turns out to be one of the greats, whoever wins.

A New York City based writer, editor and sometimes actor. After spending much of the 1990′s in the comic book business helping tell the stories of Marvel Comics’ X-Men as series editor, he has since split his time between developing his own entertainment properties while still consulting and working on others. Having been described as “the Indiana Jones of lost and forgotten candy”, Jason is one of the country’s premier candy collectors and historians with his discoveries appearing in countless blogs, magazines, newspaper articles, and books. Always happy to share his knowledge and unique perspectives on this colorful part of our popular culture, Jason has consulted with New York’s Museum of Food and Drink and has also been a featured guest on Food Network’s Heavyweights, France’s M6 Capital, and New York’s TheActionRoom.com. My Google Profile+
View all posts by Jason Liebig →
This entry was posted in 1990's, Canadian, Chocolate, Nestle and tagged basketball, candy collecting, candy collection, candy collector, candy wrapper collection, candy wrapper collector, collectible, collecting candy, confectionery, confections, NBA, packaging, Shaq, Shaquille O'neal, sweets, vintage candy wrapper, wrapper. Bookmark the permalink.