A Fruity Forgotten One from the 1990’s – Frutables Juice Gum!

As I’ll often find when researching vintage confectionery, “Googling it” regularly turns up nothing – zip, zilch, and nada.  The history of candy packaging, especially for short-lived products, is seemingly lost and the internet can provide little help.  So when setting out to write about a product like the one today, I am left with whatever can be turned up within the scattered collection of materials I’ve acquired over the years.  It’s old-fashioned primary research (and it’s actually quite a lot of fun).

When I initially came across the Frutables wrapper now in my collection I assumed that it once contained some kind of Starburst-like fruit chew but that first glance was wrong.  Released by Adams Gum in 1994-1995, then a subsidiary of Warner-Lambert, I would relate this product most closely to Bubblicious – another gum product sold by the same company.

But the similarities end there, as this was marketed as a “fruit gum”, clearly meant to appeal to a more health-conscious crowd than the likes of the kid-centric Bubblicious.

I did manage to find the product mentioned in a single trade ad of the time, this one from July of 1995.   It includes Frutables in their then-current lineup of “innovative adult products”: 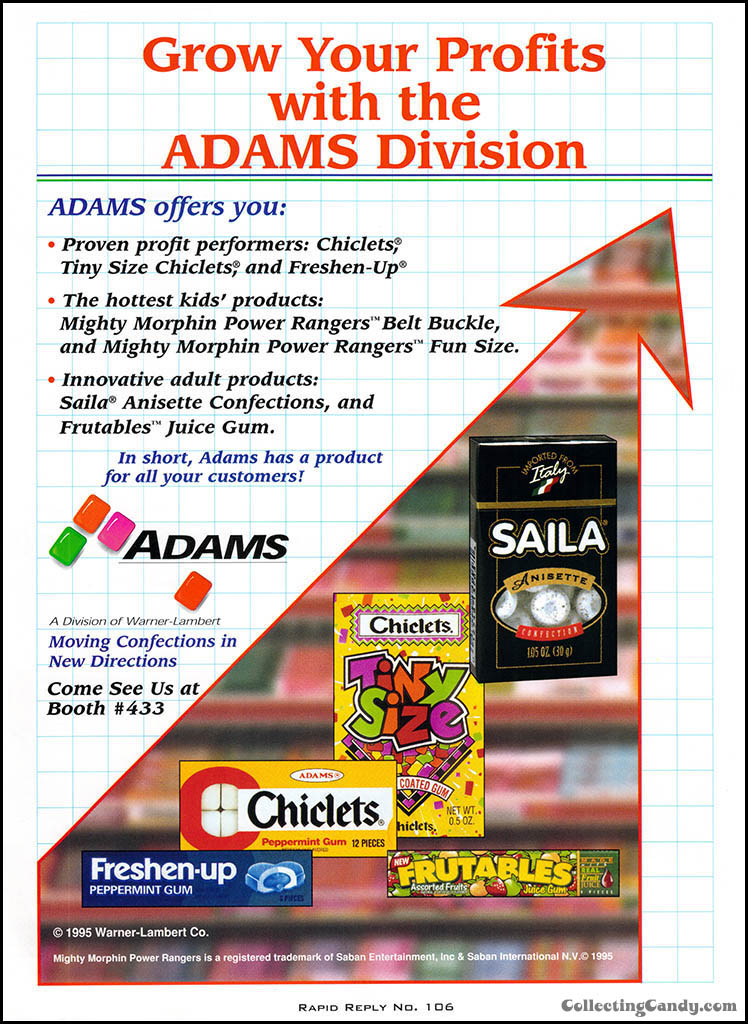 So the trade ad clearly shows that this was a product meant to be marketed toward adults.

Finally, here’s a look at the wrapper in my collection – the only image of a Frutables wrapper you’ll find anywhere online: 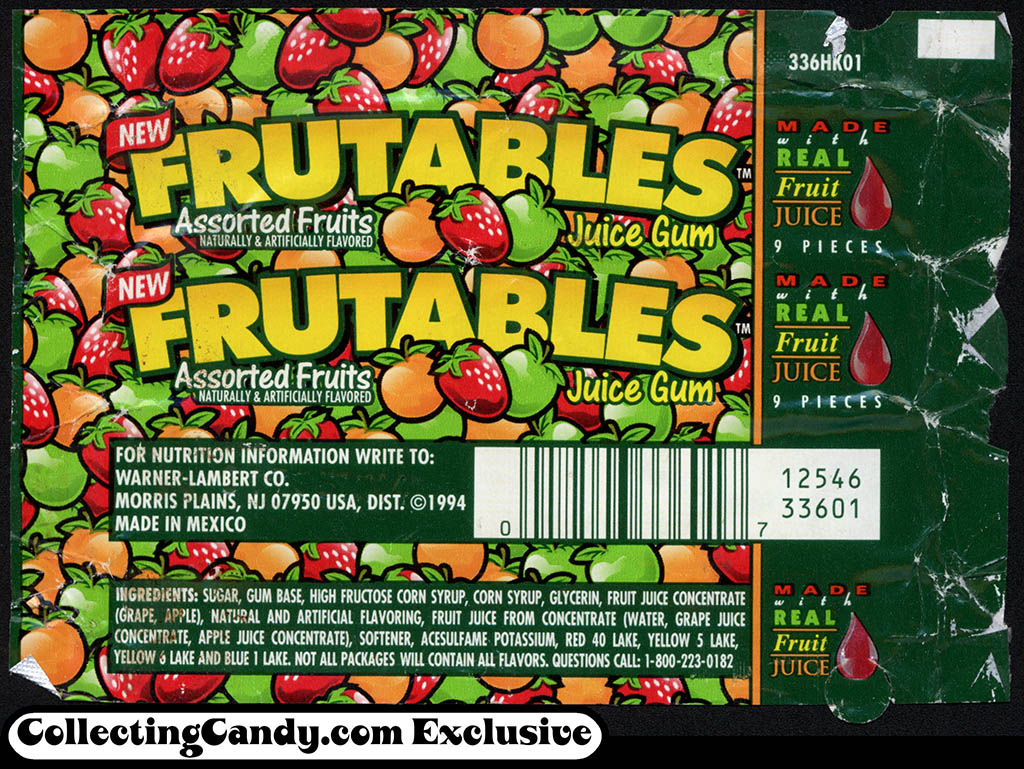 I couldn’t dig up any other info on this short-lived, 1990’s gum offering, but eventually I hope to learn more and share it here.   Does anyone remember this one, and what it was like?  If you do, let us know.

For now, that’s everything I’ve got.  See you next time!

One final thought:  In a world where seemingly all of our questions can be answered by simply “going online”, isn’t it nice to know that some mysteries and some answers still require a little old-fashioned research?

A New York City based writer, editor and sometimes actor. After spending much of the 1990′s in the comic book business helping tell the stories of Marvel Comics’ X-Men as series editor, he has since split his time between developing his own entertainment properties while still consulting and working on others. Having been described as “the Indiana Jones of lost and forgotten candy”, Jason is one of the country’s premier candy collectors and historians with his discoveries appearing in countless blogs, magazines, newspaper articles, and books. Always happy to share his knowledge and unique perspectives on this colorful part of our popular culture, Jason has consulted with New York’s Museum of Food and Drink and has also been a featured guest on Food Network’s Heavyweights, France’s M6 Capital, and New York’s TheActionRoom.com. My Google Profile+
View all posts by Jason Liebig →
This entry was posted in 1990's, Bubble Gum, Gum and tagged 1990's gum, 90's gum, Adams gum, candy collecting, candy collection, candy collector, candy wrapper collection, candy wrapper collector, collectible, collecting candy, confectionery, confections, packaging, sweets, vintage candy wrapper, Warner-Lambert, wrapper. Bookmark the permalink.

2 Responses to A Fruity Forgotten One from the 1990’s – Frutables Juice Gum!