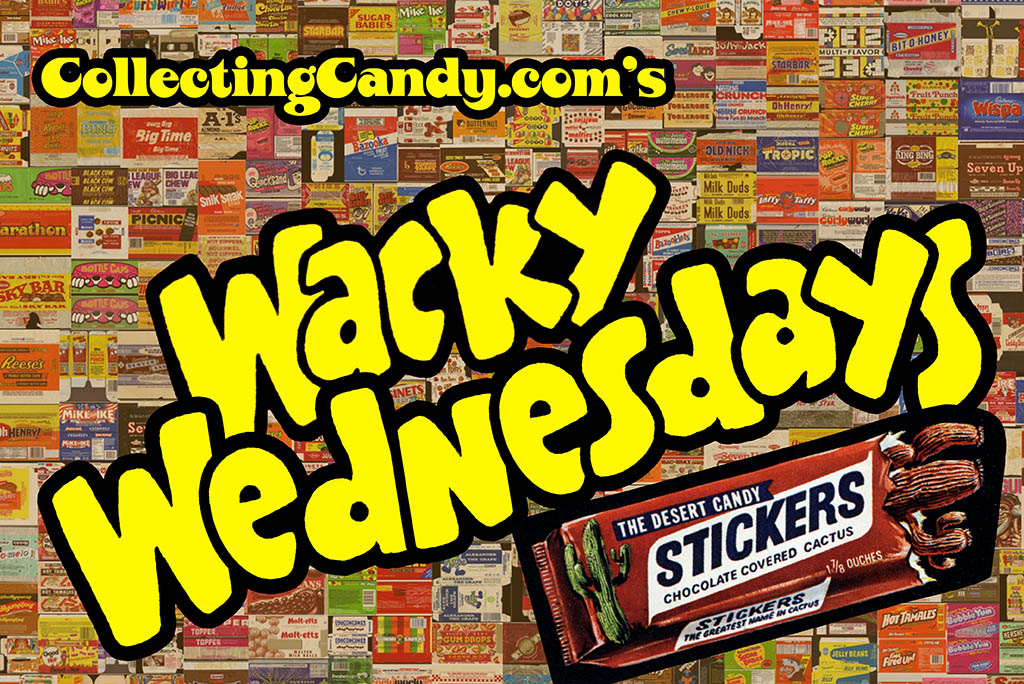 A year ago today, on February 6th 2012, CollectingCandy.com was launched.  I didn’t want to go by today without mentioning that, but that’s all I’m going to say about it just now.  I do plan to mark the occasion in a bigger way – starting tomorrow.

For today, I’d like to present another edition of Wacky Wednesdays.  This time featuring an offering from the original Wacky Packages series 9, released in 1974.  A parody of the Snickers candy bar called Stickers. 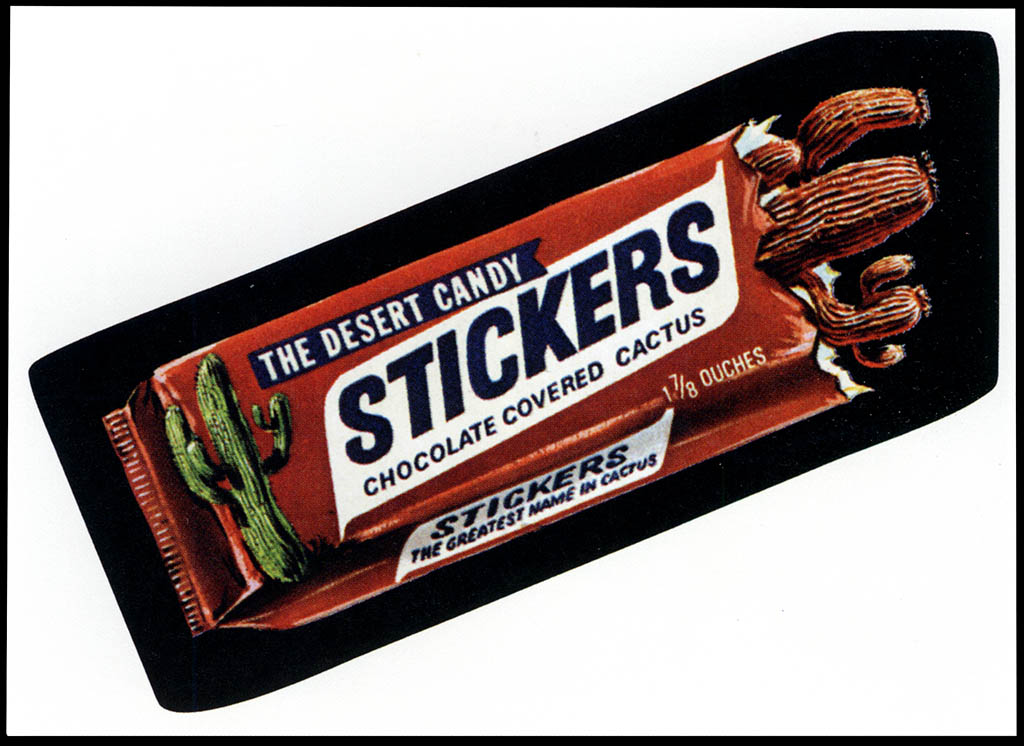 That’s a pretty straightforward and basic Wacky Packages sticker.  It doesn’t have a character on it, which really is too bad, but it does the job.

I have a 1970’s Snickers bar in my collection that appears to match up well with this Wacky:

Though the Wacky sticker has an extra blue banner above the main logo, I don’t think any 1970’s Snicker wrapper actually ever had that design element (though I could easily be wrong).   The most telling thing for me is that the parody incorporates the “The Greatest Name in Peanut Candy” from the side of the Snickers wrapper as “The Greatest Name in Cactus” onto the side of the Wacky.

And that’s really all I have to share today.  It’s a quick post, but I need to keep it brief as I’ve still got a ton of work to do on my Anniversary post.   I hope to make CollectingCandy.com’s first birthday something extra-special and a bit of fun, too.  Come back tomorrow to check it out.

A New York City based writer, editor and sometimes actor. After spending much of the 1990′s in the comic book business helping tell the stories of Marvel Comics’ X-Men as series editor, he has since split his time between developing his own entertainment properties while still consulting and working on others. Having been described as “the Indiana Jones of lost and forgotten candy”, Jason is one of the country’s premier candy collectors and historians with his discoveries appearing in countless blogs, magazines, newspaper articles, and books. Always happy to share his knowledge and unique perspectives on this colorful part of our popular culture, Jason has consulted with New York’s Museum of Food and Drink and has also been a featured guest on Food Network’s Heavyweights, France’s M6 Capital, and New York’s TheActionRoom.com. My Google Profile+
View all posts by Jason Liebig →
This entry was posted in 1970's, Chocolate, Mars, Topps, Wacky Packages and tagged 1970's candy, 70's candy, candy collecting, candy collection, candy collector, candy wrapper collection, candy wrapper collector, collectible, collecting candy, confectionery, confections, humor, Mars, packaging, parody, Snickers, sticker, sweets, Topps, vintage candy wrapper, Wackies, Wacky Packs, Wakcy Packages, wrapper. Bookmark the permalink.