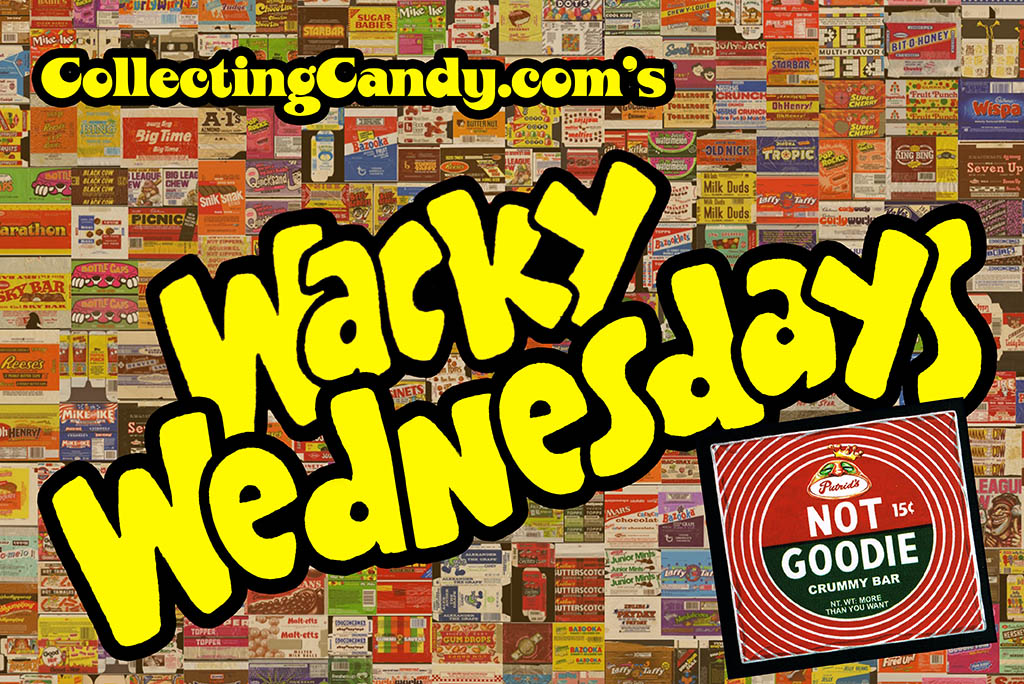 It’s been a month since our last Wacky Wednesdays column, so I’m excited to bring you our first installment for 2013.  From the just-released Wacky Packages Old School series 4 comes a parody of the classic Pearson’s Nut Goodie – Not Goodie!

I’ve mentioned in the past that due to my historical packaging collection, I serve as an informal consultant to David Gross, the artist behind the Wacky Packages Old School series.  Dave will sometimes call upon me to help track down or help determine the style of packaging that was used for a product during the Old School era (the mid-1970’s).  Sometimes, I end up having the only image of said packaging – so it makes it quite a lot of fun.

In the cases when I’ve provided the product reference scan/photo, it makes it easy for me to collect the package version that a Wacky is based on – because I already have it as it’s based on the very wrapper I already own.  Such was the case with Old School 4’s Not Goodie.

Let’s take a closer look at the parody sticker: 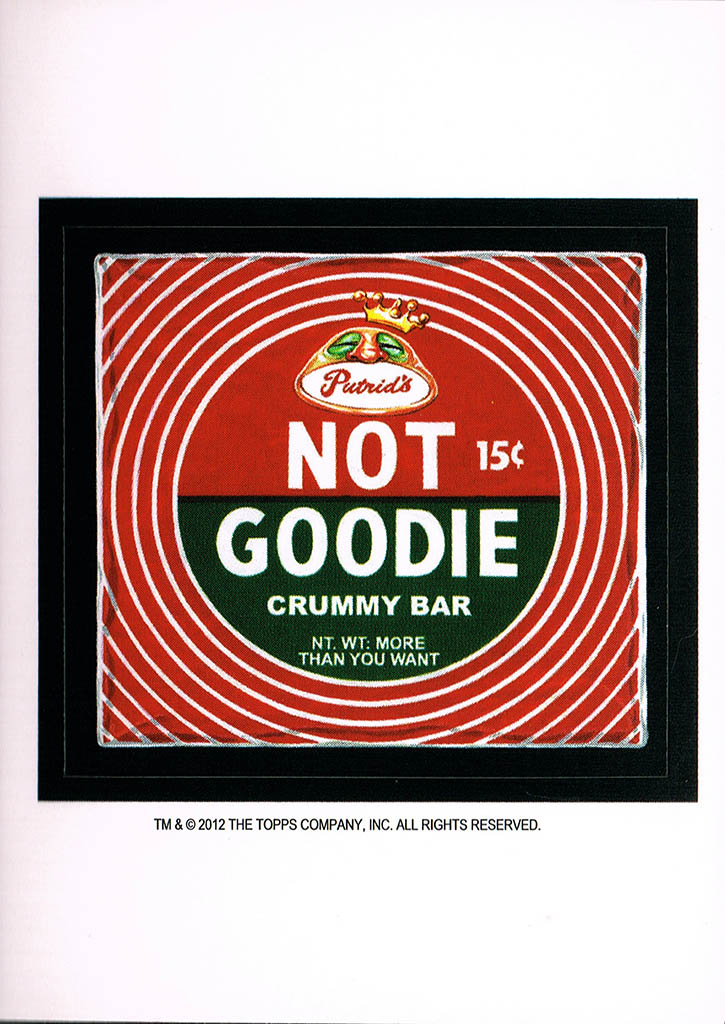 And here’s my scan – as you will see – it’s a perfect match: 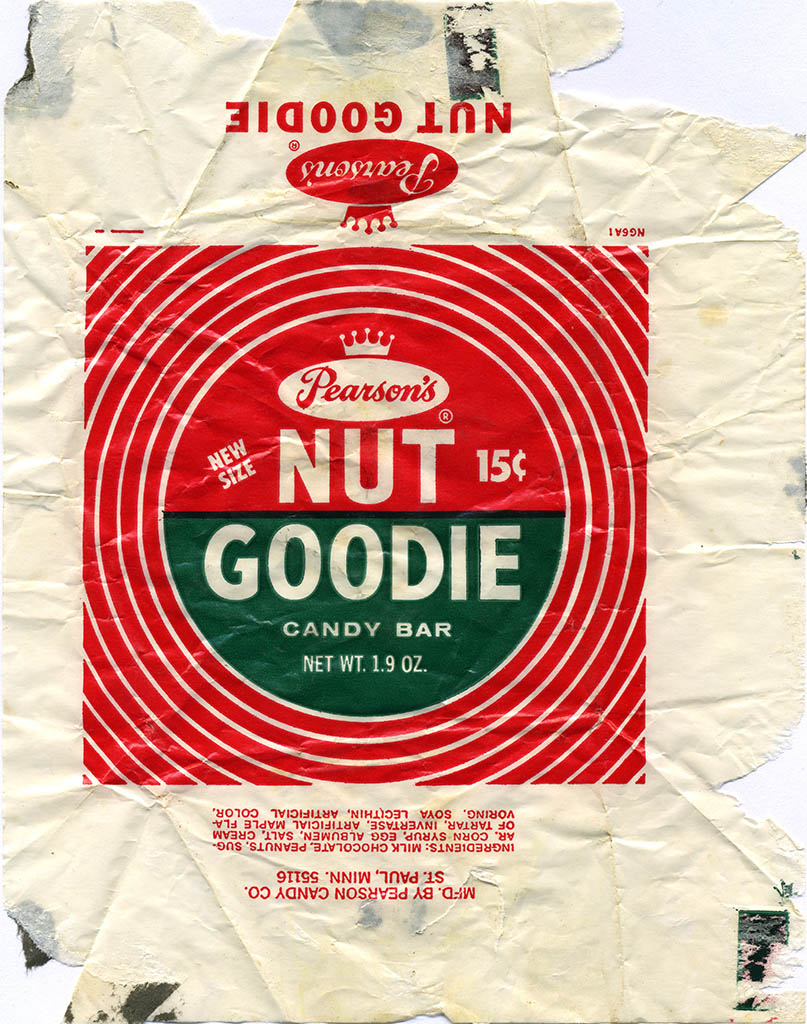 Doing a parody of Nut Goodie presented an interesting problem for Dave, as the product was not generally distributed to the East Coast and he’d never seen one before.  So, while I could provide Dave a scan of my 1970’s Nut Goodie wrapper, he still needed to figure out roughly what the shape of the package was with the candy still in it.

I described it to him as a peanut cluster, but that was a bit too vague.  Not having easy access to a modern Nut Goodie here in New York City (though I’m sure a few specialty stores carry them), I provided him with the following image of what they looked like in the 1930’s/1940’s: 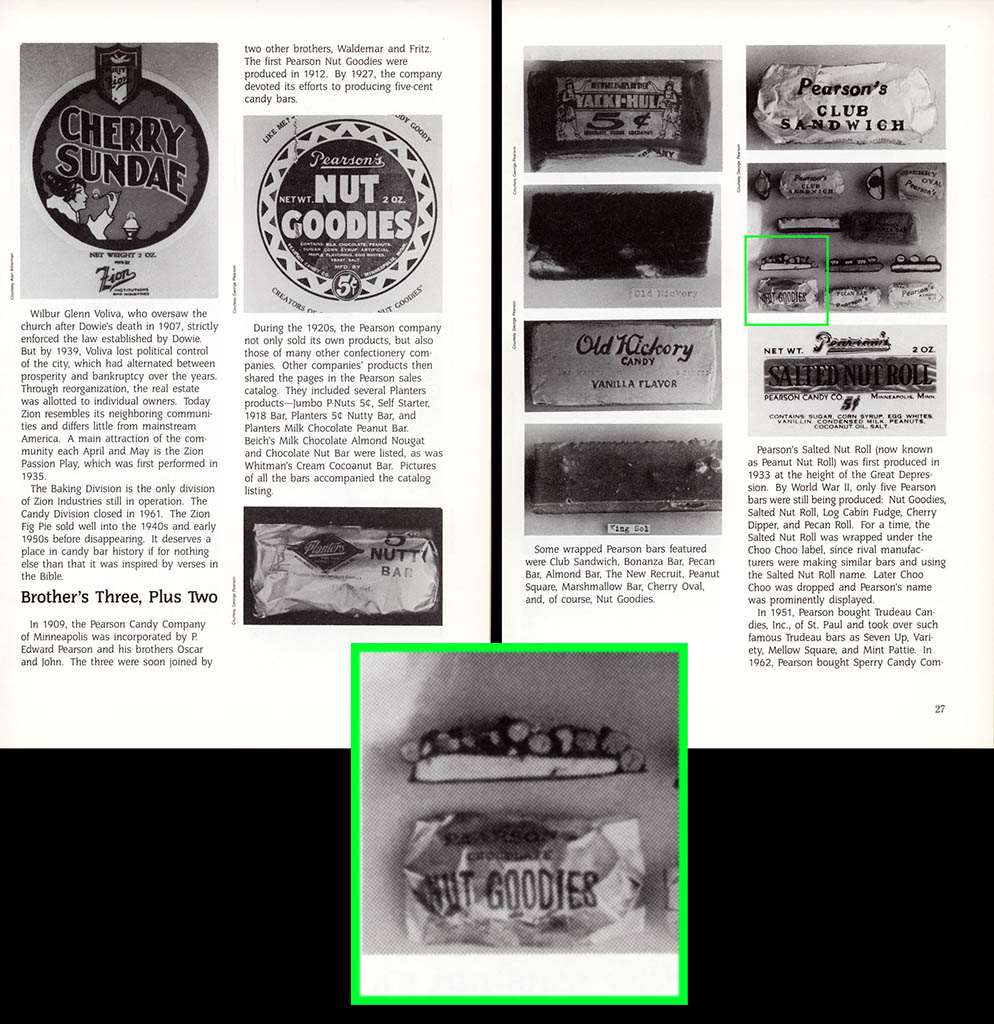 Seeing the historical Nut Goodie image along with my vintage wrapper was enough for him to give shape and form to his Not Goodie parody.

And that’s the story of how I helped bring a Wacky Packages sticker to life.

A New York City based writer, editor and sometimes actor. After spending much of the 1990′s in the comic book business helping tell the stories of Marvel Comics’ X-Men as series editor, he has since split his time between developing his own entertainment properties while still consulting and working on others. Having been described as “the Indiana Jones of lost and forgotten candy”, Jason is one of the country’s premier candy collectors and historians with his discoveries appearing in countless blogs, magazines, newspaper articles, and books. Always happy to share his knowledge and unique perspectives on this colorful part of our popular culture, Jason has consulted with New York’s Museum of Food and Drink and has also been a featured guest on Food Network’s Heavyweights, France’s M6 Capital, and New York’s TheActionRoom.com. My Google Profile+
View all posts by Jason Liebig →
This entry was posted in 1970's, Chocolate and tagged 1970's candy, 70's candy, candy collecting, candy collection, candy collector, candy wrapper collection, candy wrapper collector, chocolate, collectible, collecting candy, confectionery, confections, Midwestern, packaging, product parodies, sweets, vintage candy wrapper, Wacky Packages, Wacky Packages original products, Wacky Packs, Wackys, wrapper. Bookmark the permalink.

1 Response to Wacky Wednesdays – Not Goodie!