Once Again I’m Traveling! Stuff found at the D.C. Airport!

Hi, everyone! I’m traveling today for the holidays and am currently enjoying a 3 1/2 hour layover in Washington D.C.’s Reagan Airport.

So of course I did some candy hunting.

First thing I found was a neat candy bar-shaped York Peppermint Pattie pack. Kind of unusual, and clearly designed to fit the smaller shelving displays found in a spot like an airport shop.

Also found Tree Hugger bubble gum! It was a bit pricey at $3 but so unusual I had to pick them up. 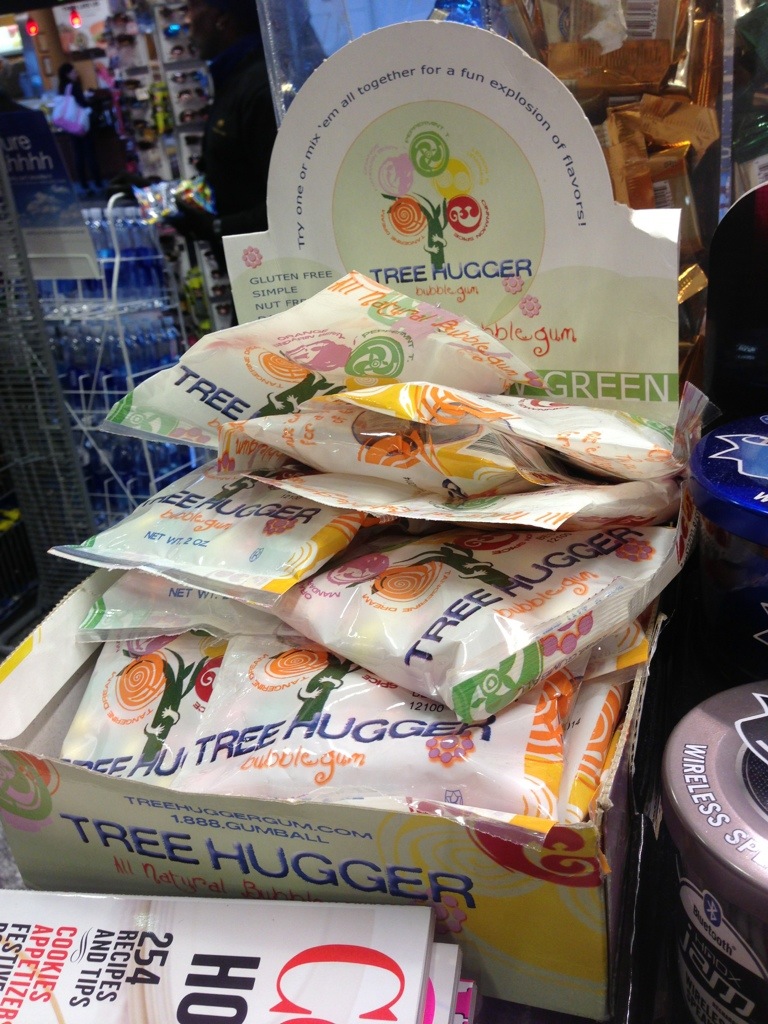 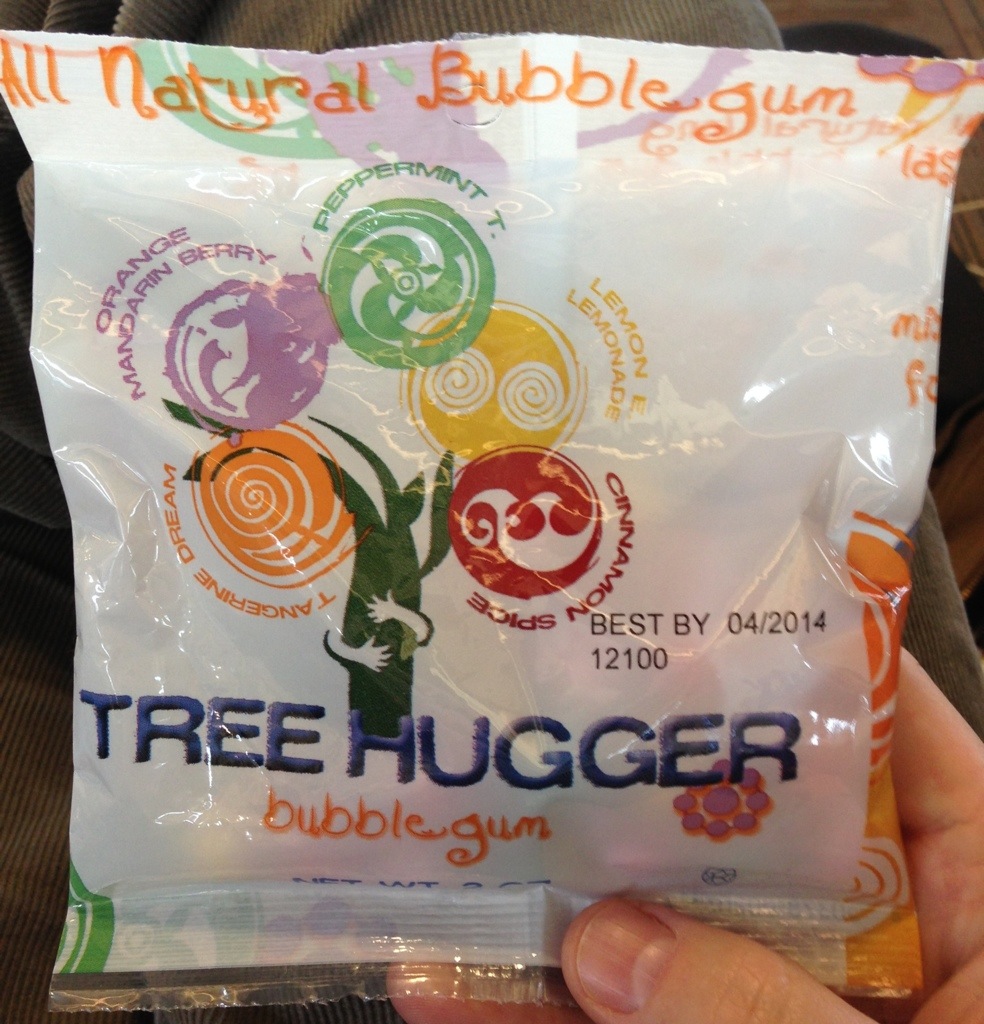 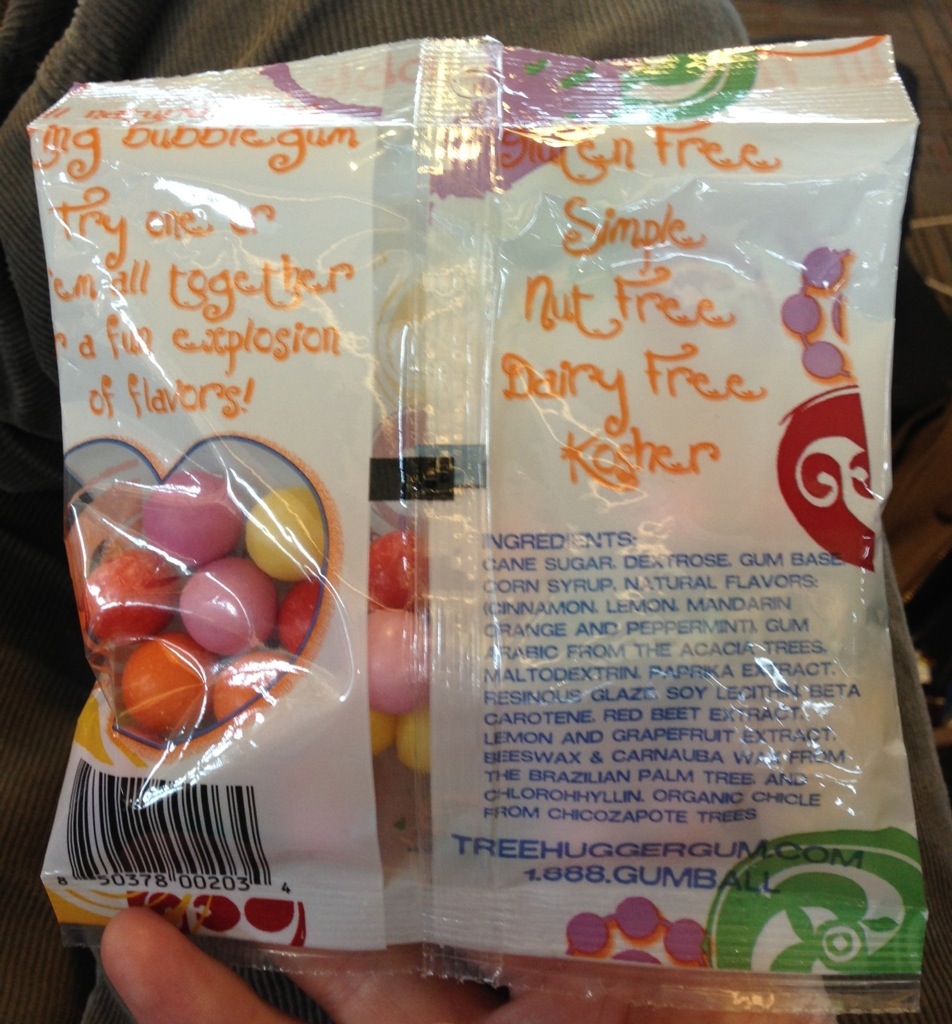 So a bit of fun stuff found on a short little stopover. And that’s it for today… I’ve got a connecting flight to catch!

But I do want to let you that I’ll be back tomorrow to start my week-long Christmas candy coverage!

A New York City based writer, editor and sometimes actor. After spending much of the 1990′s in the comic book business helping tell the stories of Marvel Comics’ X-Men as series editor, he has since split his time between developing his own entertainment properties while still consulting and working on others. Having been described as “the Indiana Jones of lost and forgotten candy”, Jason is one of the country’s premier candy collectors and historians with his discoveries appearing in countless blogs, magazines, newspaper articles, and books. Always happy to share his knowledge and unique perspectives on this colorful part of our popular culture, Jason has consulted with New York’s Museum of Food and Drink and has also been a featured guest on Food Network’s Heavyweights, France’s M6 Capital, and New York’s TheActionRoom.com. My Google Profile+
View all posts by Jason Liebig →
This entry was posted in Bubble Gum, Chocolate and tagged candy collecting, candy collection, candy collector, candy wrapper collection, candy wrapper collector, collectible, collecting candy, confectionery, confections, packaging, sweets, vintage candy wrapper, wrapper. Bookmark the permalink.

1 Response to Once Again I’m Traveling! Stuff found at the D.C. Airport!