Today I’m going to take a look at a bar from Goetze’s, a company best-known for their Caramel Creams and Cow Tales.  It’s one you probably aren’t familiar with as it only had a brief run in the mid-1980’s: It’s the Outlaw bar.

Featuring a great name and an Old-West theme which makes it a winner in my book, I first became aware of the bar when I spotted it in a 1984 candy industry trade ad.  When I saw the ad, I wondered if I might ever find an actual wrapper for one.  Here’s the ad: 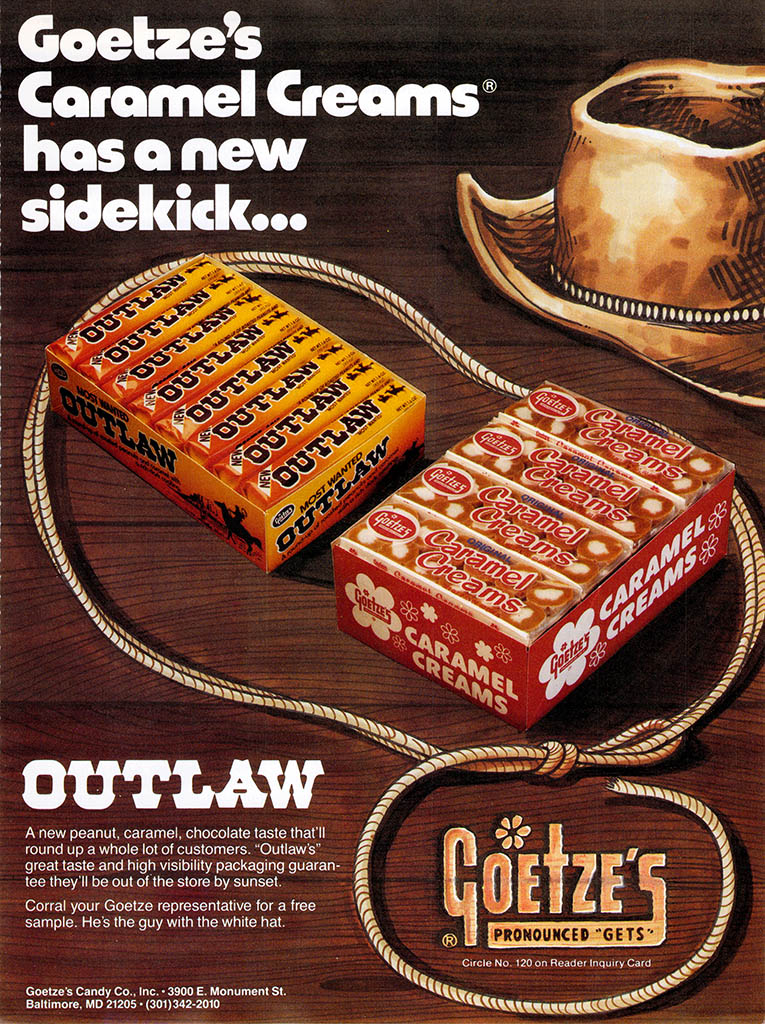 Fortunately, I was able to track down an Outlaw wrapper earlier this year when I took on the curating of the L.M. Kallok Confectionery Collection.  It’s pretty neat to finally have one of these in-person and great to be able to share it today:

The western theme is fully in-effect on this wrapper – all the way down to a pair of western scene silhouettes: 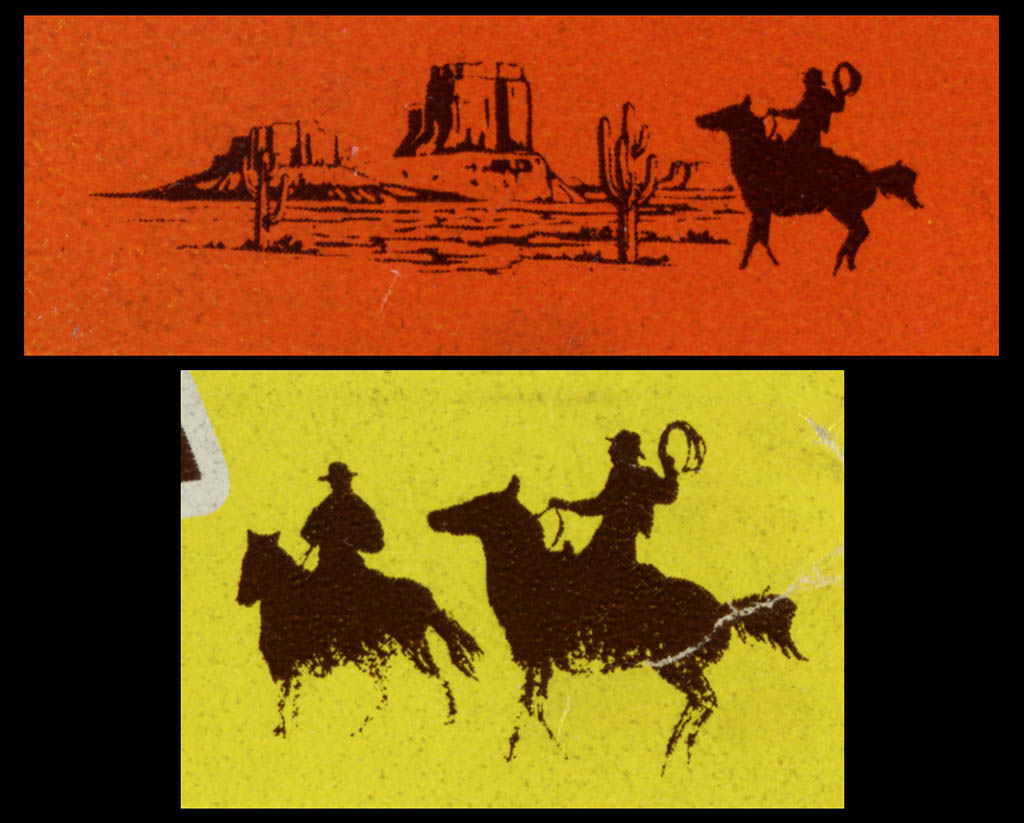 So that’s the Goetze Outlaw bar. I hope you enjoyed the look at this short-lived offering from the mid-1980’s.

If anyone remembers this one I’d love to hear what you thought about it.

A New York City based writer, editor and sometimes actor. After spending much of the 1990′s in the comic book business helping tell the stories of Marvel Comics’ X-Men as series editor, he has since split his time between developing his own entertainment properties while still consulting and working on others. Having been described as “the Indiana Jones of lost and forgotten candy”, Jason is one of the country’s premier candy collectors and historians with his discoveries appearing in countless blogs, magazines, newspaper articles, and books. Always happy to share his knowledge and unique perspectives on this colorful part of our popular culture, Jason has consulted with New York’s Museum of Food and Drink and has also been a featured guest on Food Network’s Heavyweights, France’s M6 Capital, and New York’s TheActionRoom.com. My Google Profile+
View all posts by Jason Liebig →
This entry was posted in 1980's, Chocolate and tagged 1980's, 1980's candy, 1980's chocolate bar, 80's, 80's candy bar, candy collecting, candy collection, candy collector, candy wrapper collection, candy wrapper collector, collectible, collecting candy, confectionery, confections, cowboy, packaging, sweets, vintage candy wrapper, western, wrapper. Bookmark the permalink.