Welcome back to another fun edition of CollectingCandy.com’s Wacky Wednesdays!  Today we’ll be taking a look at a Wacky Packages sticker from 1974’s Series 10 – Badzooka!

During the original 1970’s run of Wacky Packages, Topps would occasionally get into a situation where a manufacturer would take issue with the Wacky Packages parody of their product.  In a few cases that resulted in Cease & Desist letters and a removal of the sticker from the set.  Topps always maintained that the parodies were in good fun and would not damage the standing of the originals.  In order to drive that message home, Topps would always include at least one of their own products within each original series.

In 1974’s Series 10, Topps included a parody of their own thick roll Bazooka bubble gum pack, parodied in the form of Tuffs Badzooka.  Here’s a close-up of the sticker: 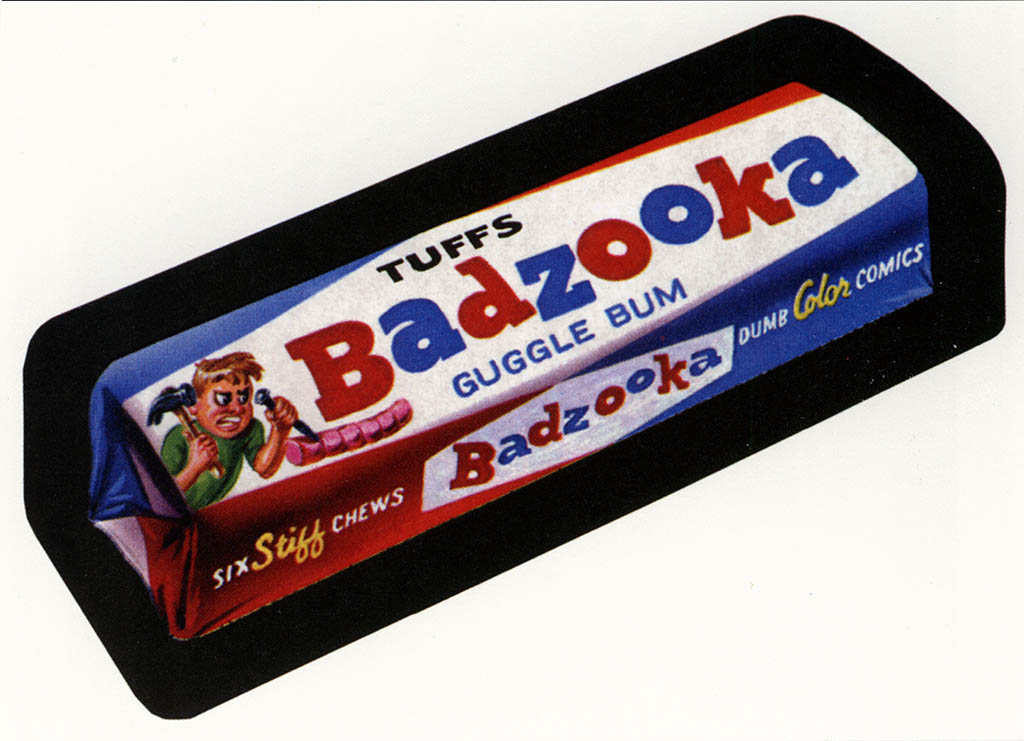 The parody includes a Wacky character taking aim at the bubble gum roll with a chisel.  This hammers home the overall message of the parody that the gum is tough and hard to chew.

I’m fortunate to have a matching wrapper for this Bazooka product in my collection and here it is: 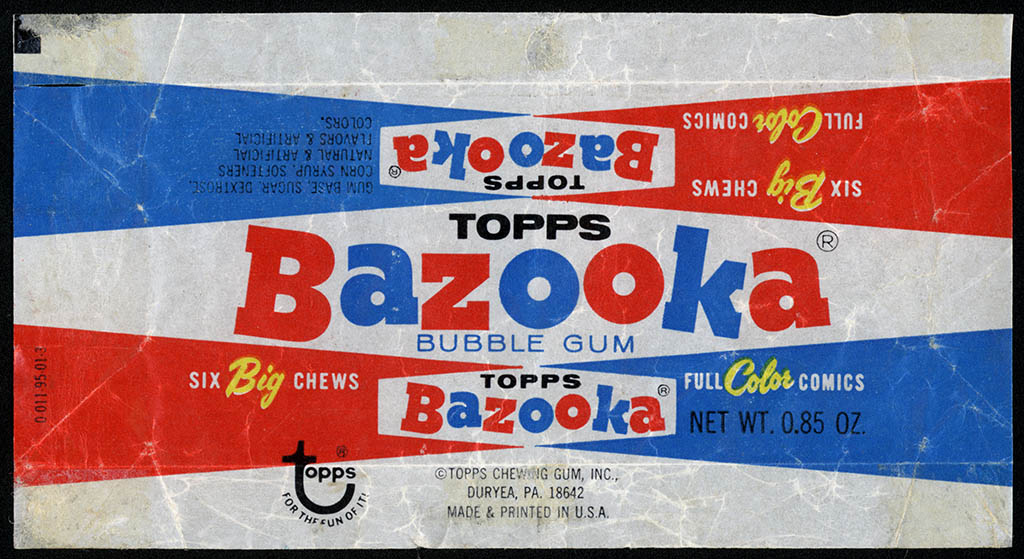 As you can see the key design elements of the real wrapper are all utilized in the parody – the Topps name becomes Tuffs, “big chews” becomes “stiff chews” and “full color comics” become “dumb color comics” in the parody.  Great Wacky stuff.

This style of 1970’s Bazooka wrapper had been exceedingly difficult to track down, so I was thrilled when I was able to add this one to my collection earlier this year.  It’s a beauty, and it’s only that much cooler as the match to a great classic Wacky Packages sticker.

A New York City based writer, editor and sometimes actor. After spending much of the 1990′s in the comic book business helping tell the stories of Marvel Comics’ X-Men as series editor, he has since split his time between developing his own entertainment properties while still consulting and working on others. Having been described as “the Indiana Jones of lost and forgotten candy”, Jason is one of the country’s premier candy collectors and historians with his discoveries appearing in countless blogs, magazines, newspaper articles, and books. Always happy to share his knowledge and unique perspectives on this colorful part of our popular culture, Jason has consulted with New York’s Museum of Food and Drink and has also been a featured guest on Food Network’s Heavyweights, France’s M6 Capital, and New York’s TheActionRoom.com. My Google Profile+
View all posts by Jason Liebig →
This entry was posted in 1970's, Bubble Gum, Gum, Topps, Wacky Packages and tagged 1970's Topps, Bazooka, bubble gum, parody stickers, Topps gum, Wackies, Wacky Packages, Wacky Packages original products, Wacky Packs. Bookmark the permalink.