A Peek Into Halloween’s Past: Store Displays from 1969!

Today I’m going to step sideways a bit, and rather than looking at a specific piece of Halloween packaging or marketing, I’m going to share a series of photos of Halloween retail store displays in 1969.  I’m posting this to serve as a fun little peek into Halloween’s past.

Before I get to the images, I will point out that these came from a pair of articles on merchandising in a candy trade magazine.  Due to the nature of the medium and the era, the quality on these isn’t so great.  Even so, I was able to enhance them a bit, and I hope you enjoy the glimpse they provide into another Halloween era.

At this point, I’m going to let the images speak for themselves, so here they are: 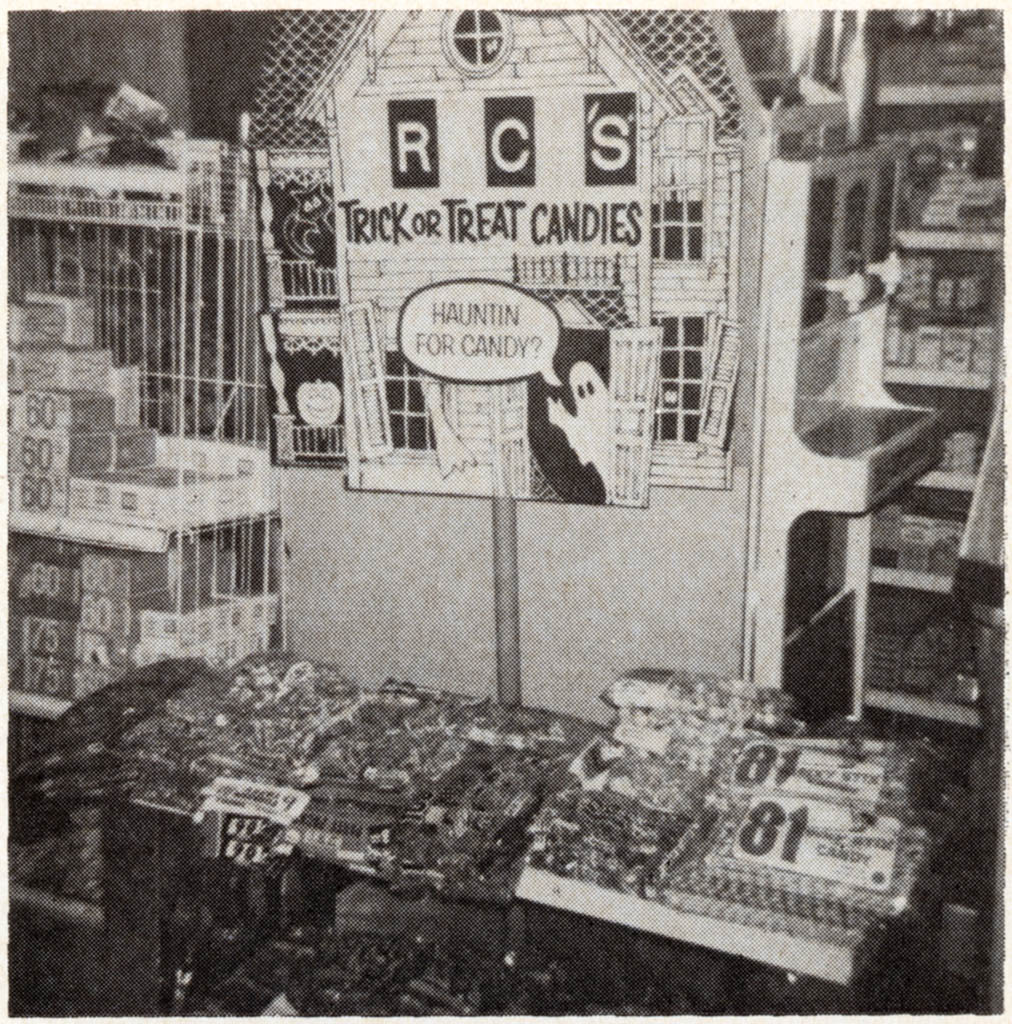 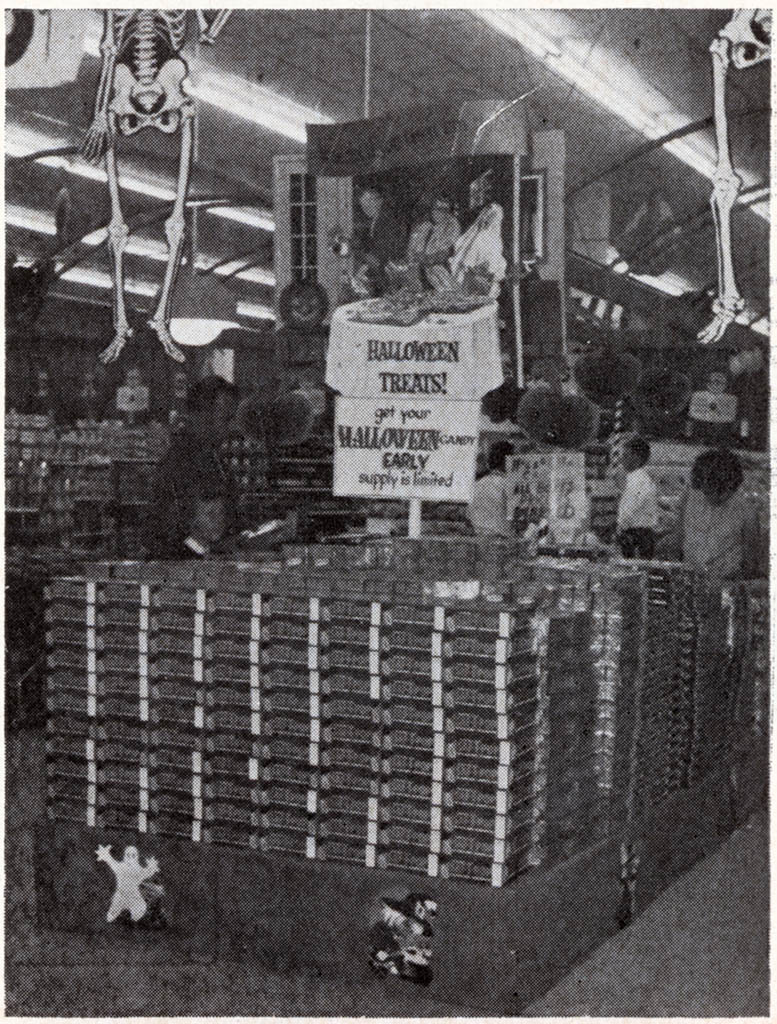 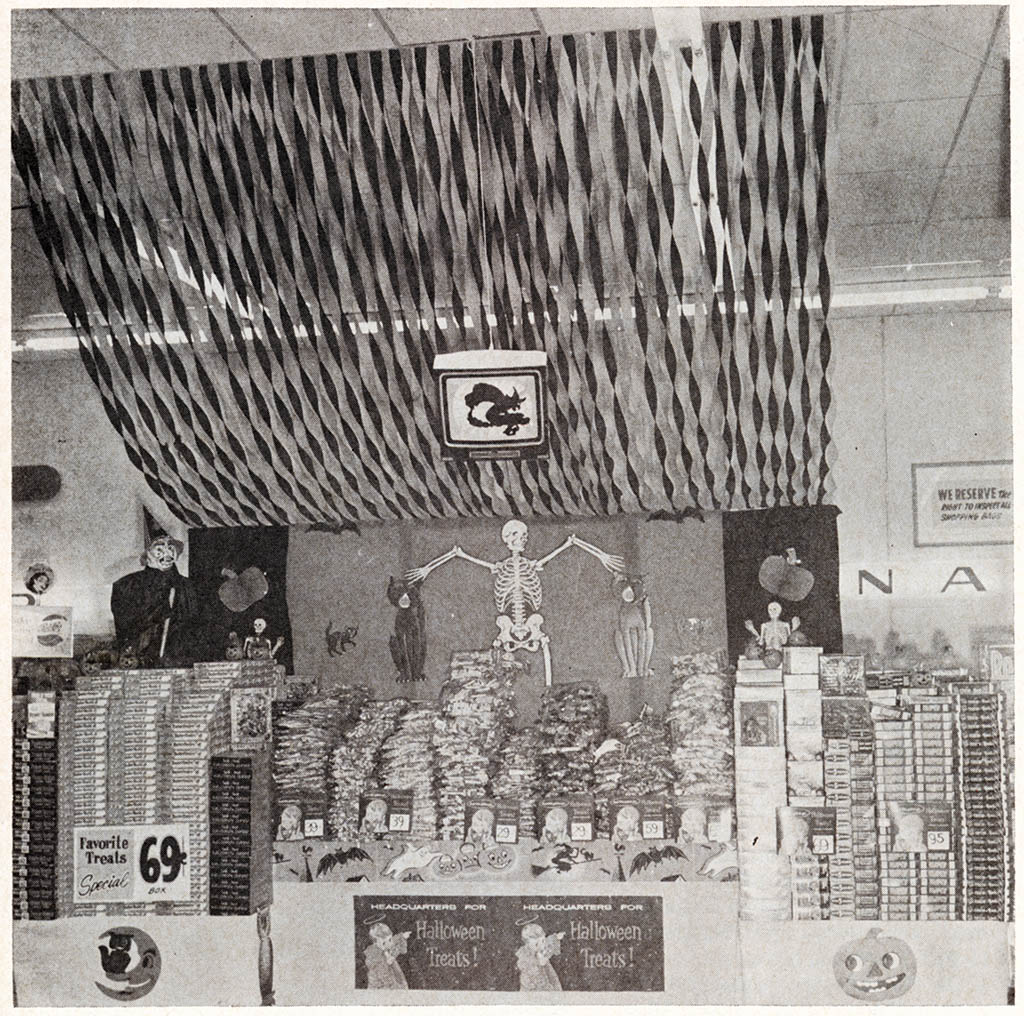 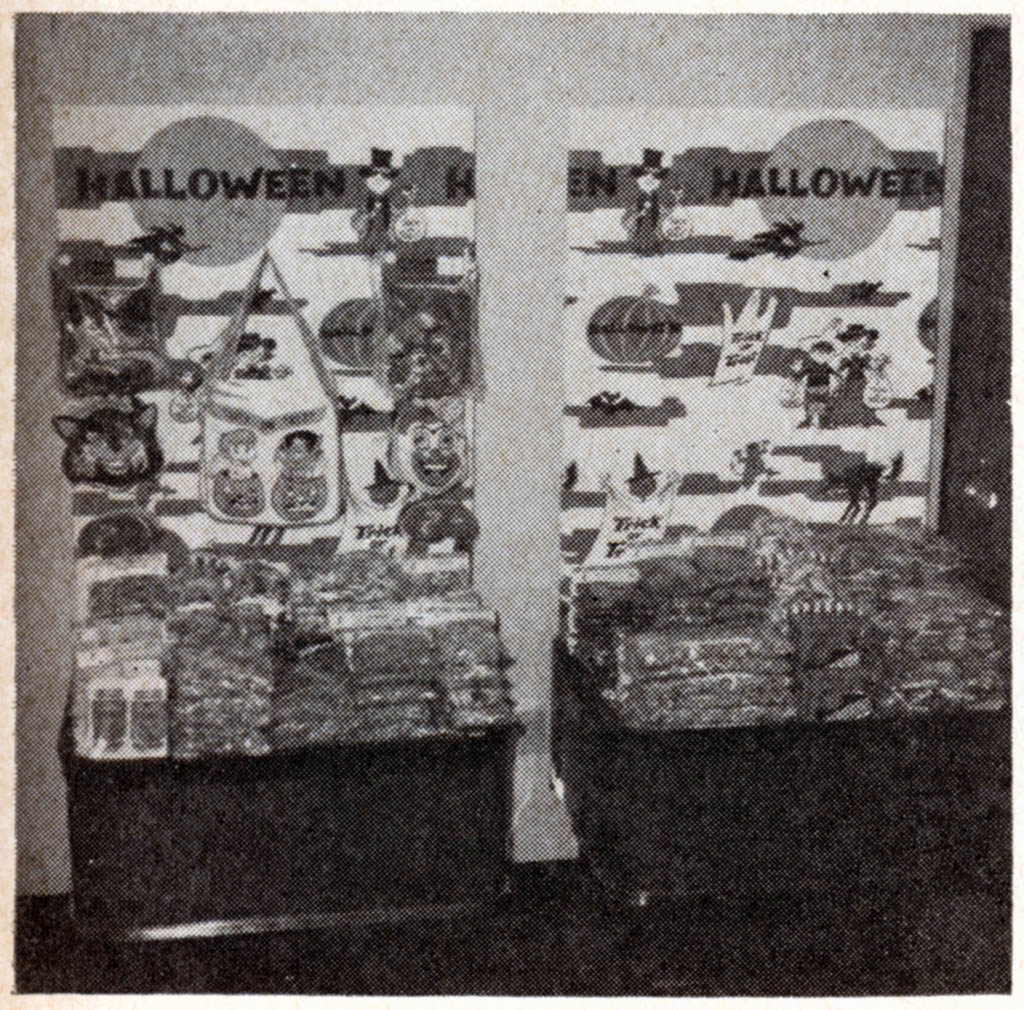 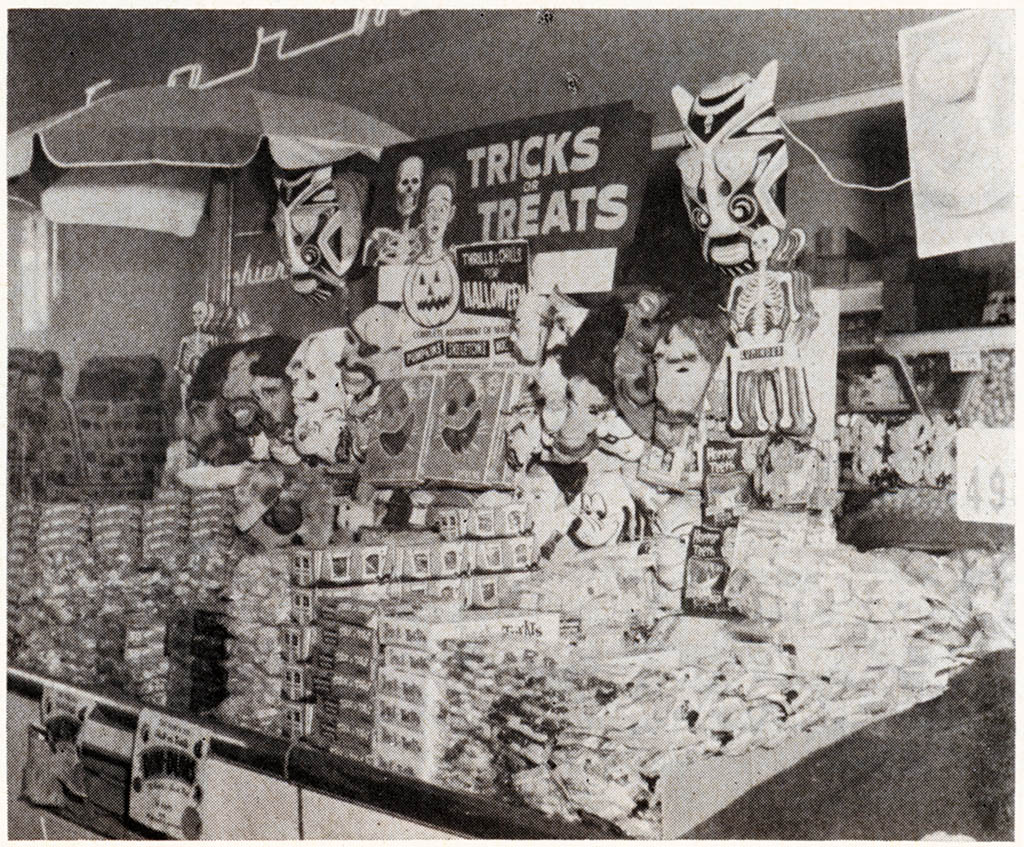 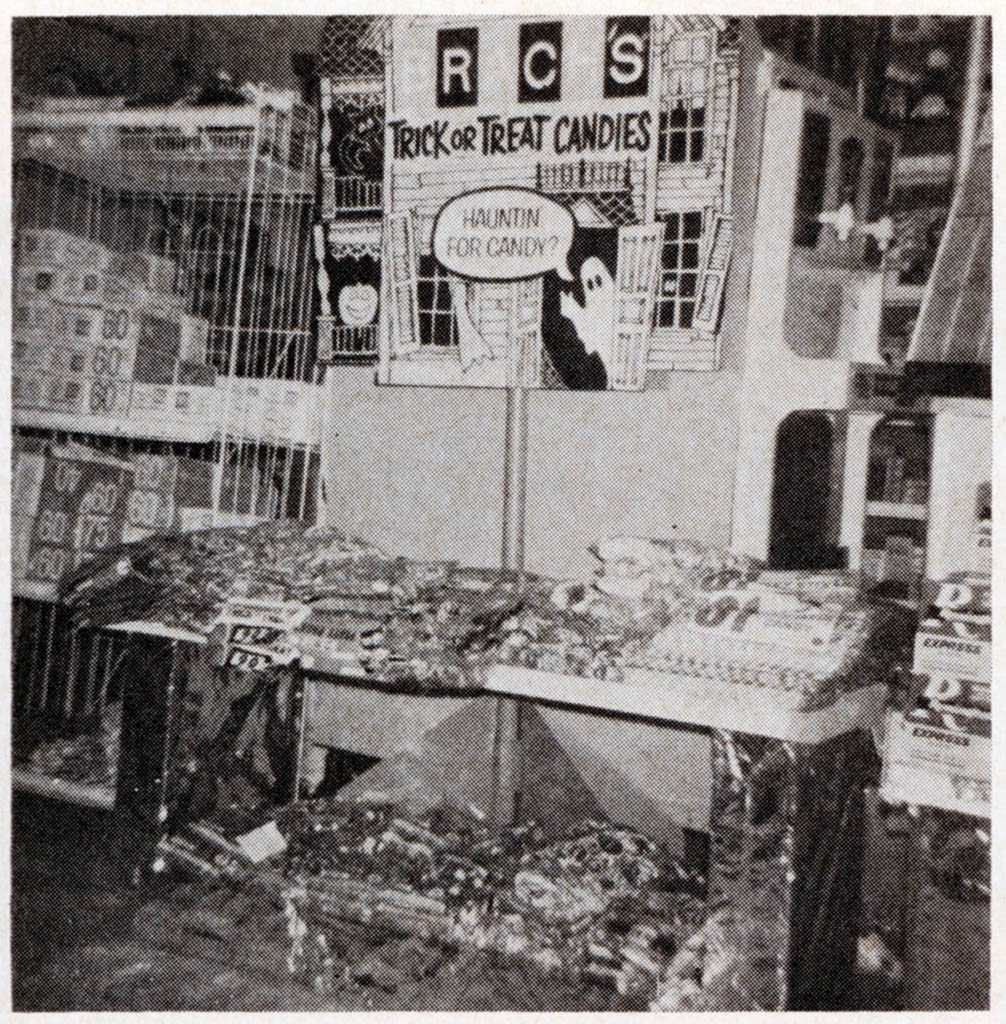 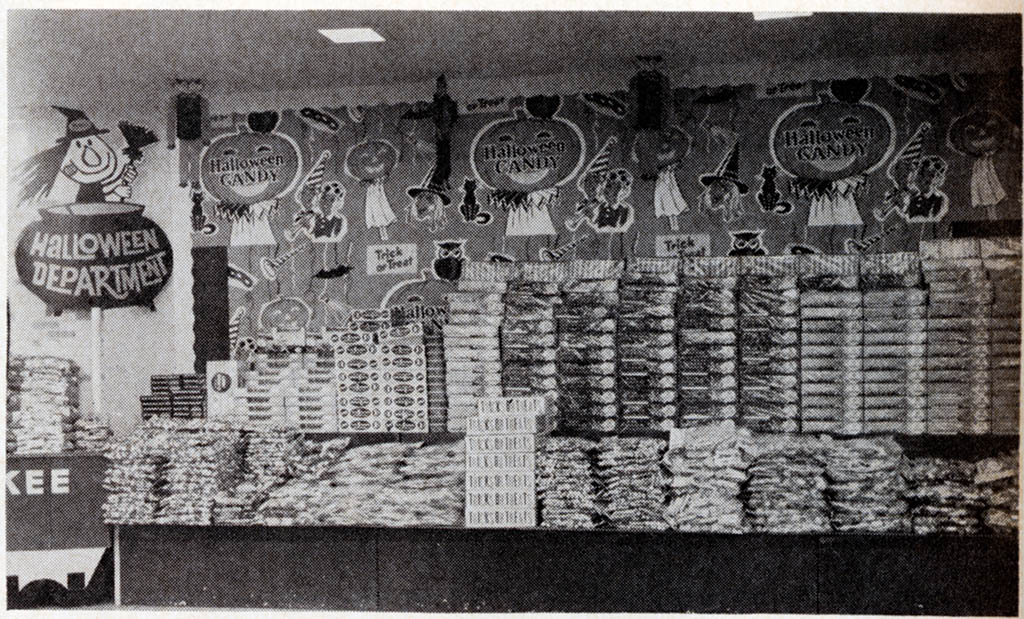 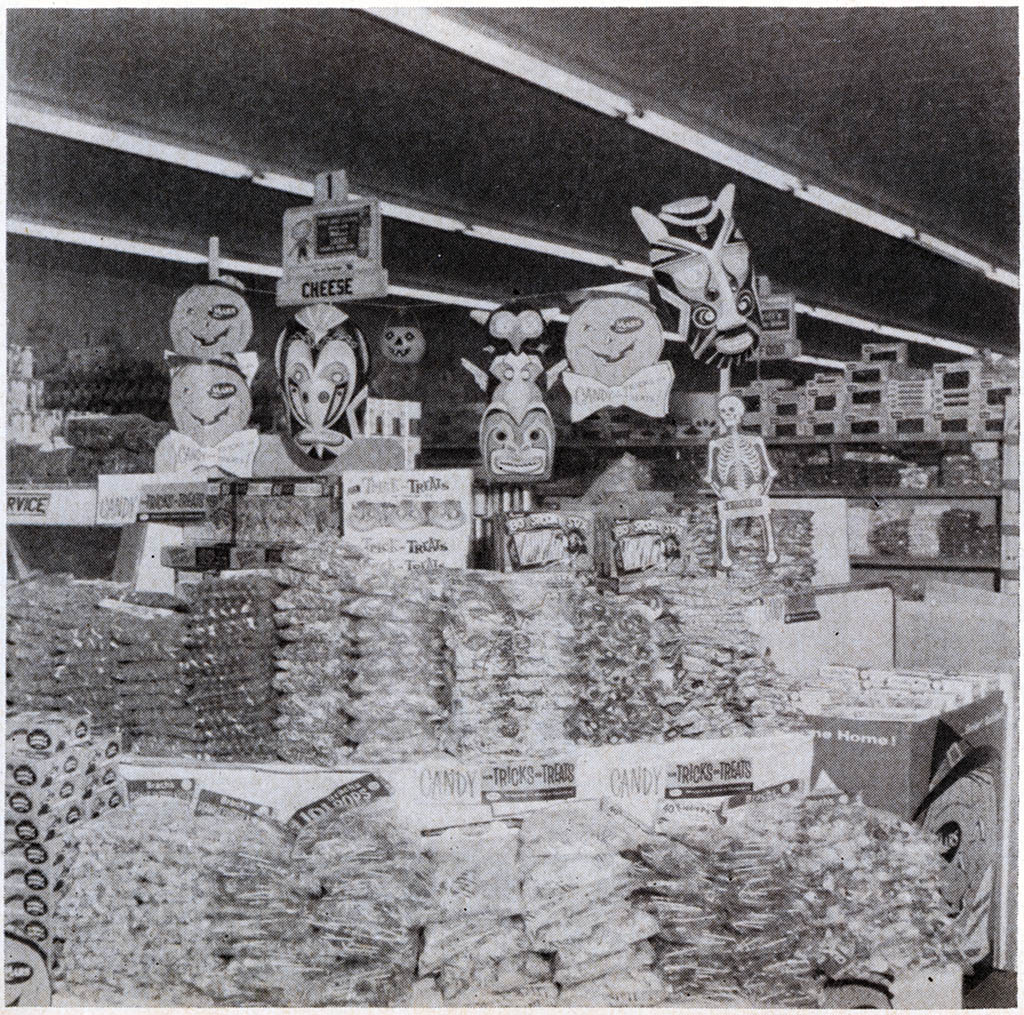 And that’s all of them.  I hope you enjoyed this glimpse into Halloween’s past.  See you next time!

A New York City based writer, editor and sometimes actor. After spending much of the 1990′s in the comic book business helping tell the stories of Marvel Comics’ X-Men as series editor, he has since split his time between developing his own entertainment properties while still consulting and working on others. Having been described as “the Indiana Jones of lost and forgotten candy”, Jason is one of the country’s premier candy collectors and historians with his discoveries appearing in countless blogs, magazines, newspaper articles, and books. Always happy to share his knowledge and unique perspectives on this colorful part of our popular culture, Jason has consulted with New York’s Museum of Food and Drink and has also been a featured guest on Food Network’s Heavyweights, France’s M6 Capital, and New York’s TheActionRoom.com. My Google Profile+
View all posts by Jason Liebig →
This entry was posted in 1960's, CountdownToHalloween, Halloween, Holiday and tagged candy collecting, candy collection, candy collector, candy wrapper collection, candy wrapper collector, collectible, collecting candy, confectionery, confections, Halloween, Halloween candy, packaging, sweets, vintage candy wrapper, vintage Halloween, wrapper. Bookmark the permalink.

4 Responses to A Peek Into Halloween’s Past: Store Displays from 1969!