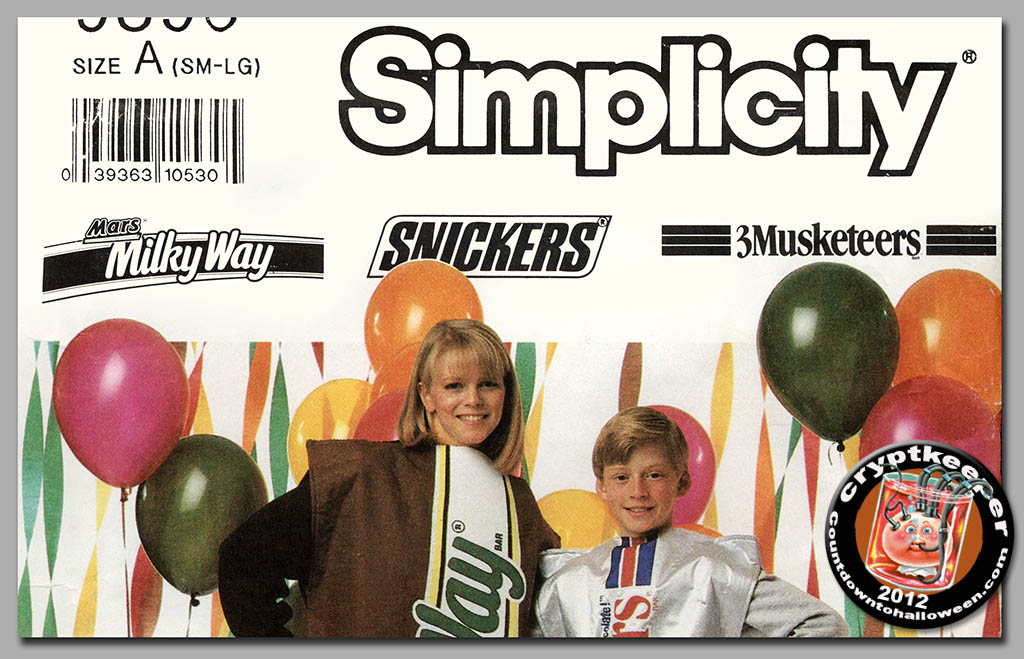 Not too long ago I added a vintage 1990 Simplicity pattern pack to my candy-related collection.  When I received that pack, it got me wondering, “How typical is it to dress up AS candy for Halloween?”  Turns out, it’s not as uncommon as I suspected.

For those that don’t know, Simplicity is one of the companies that have been putting out patterns for all sorts of clothing, and they’ve been doing it for decades.   So it was in 1990 that they created a pattern set for any whiz with a sewing machine to create their own DIY candy wrapper Halloween costumes.  Here’s the package the patterns came in:

I don’t recall dressing up as a candy bar as being a “thing” when I was a kid.  So I wonder if this 1990 pattern pack was part of the initial trend of this genre of costuming.  Anyone recall the first time they saw someone dressing up as a chocolate bar?

As I said, after I acquired that Simplicity pack, I became curious and after a bit of Google-ing, I learned that there’s a whole world of candy-costumes about.  It turns out that dressing-up-as-a-candy-bar has become a category in itself, as has the “sexy” candy costume.

Let me share a few of these that I found: 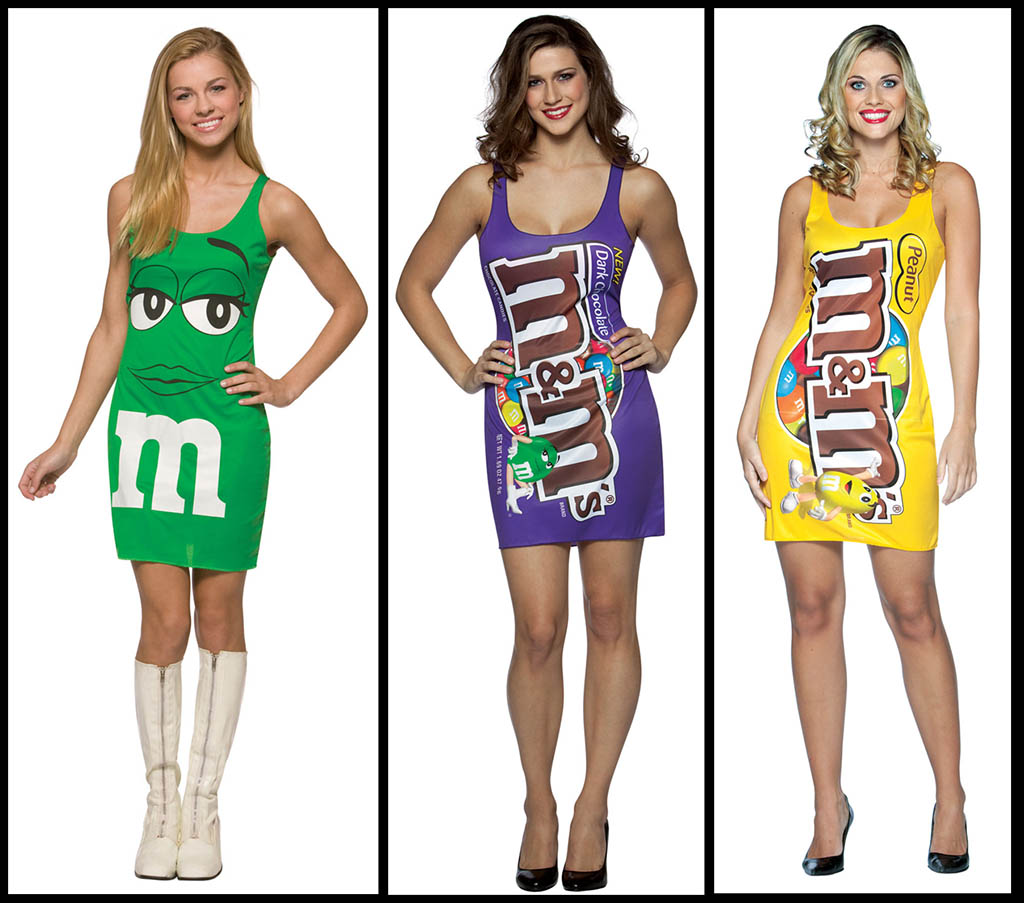 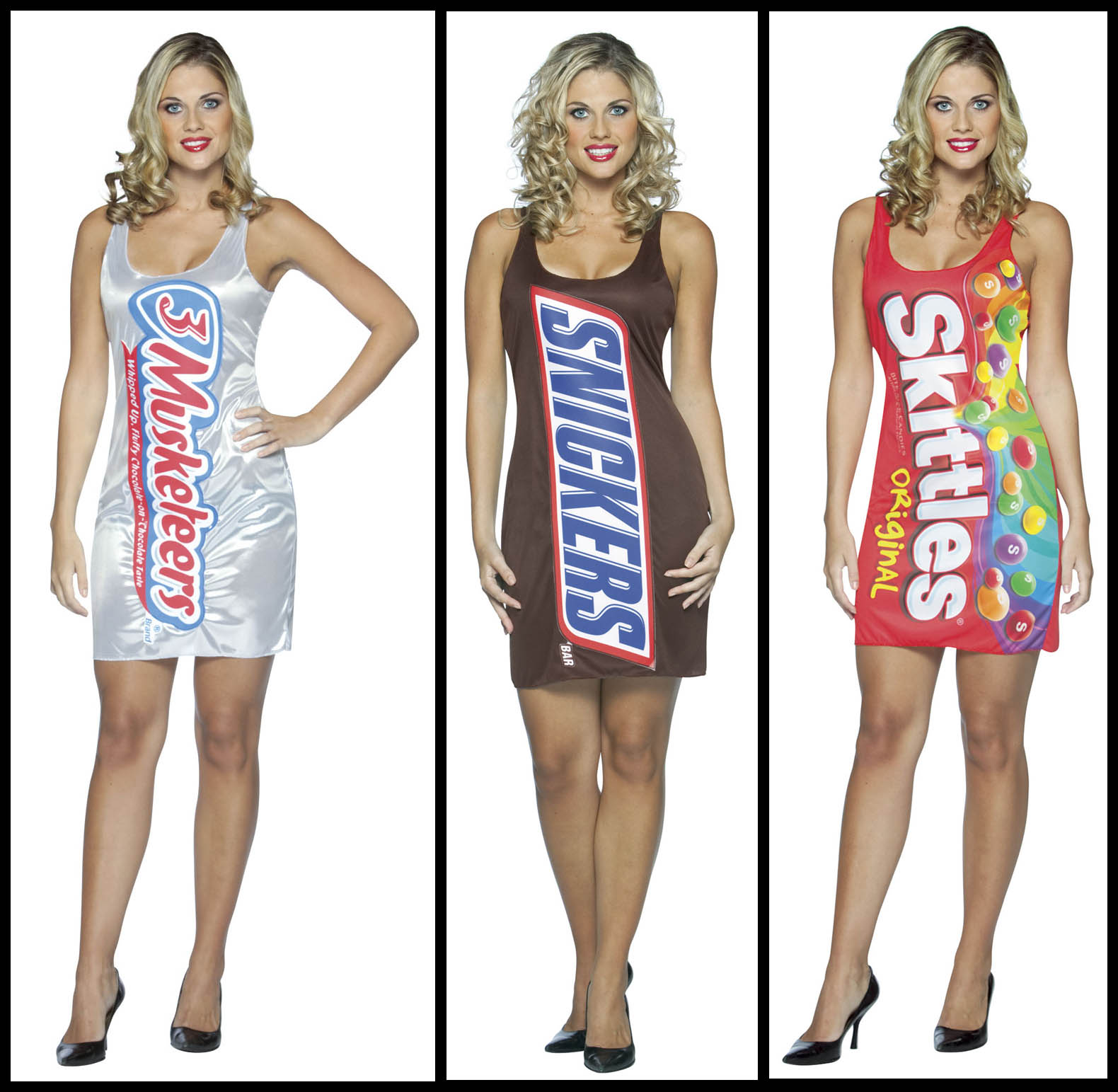 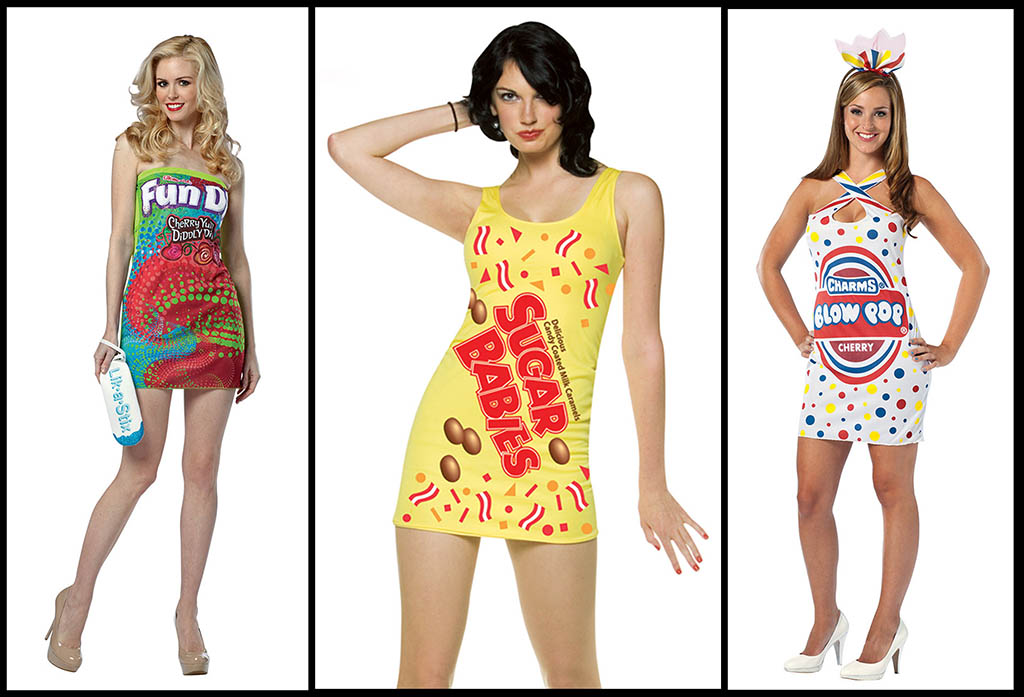 How’s that for a colorful bunch of candy costumes?  I was going to wrap up with those, but I’ve got one more image to share.   This last one is about as sugary-sweet and adorable as can be. 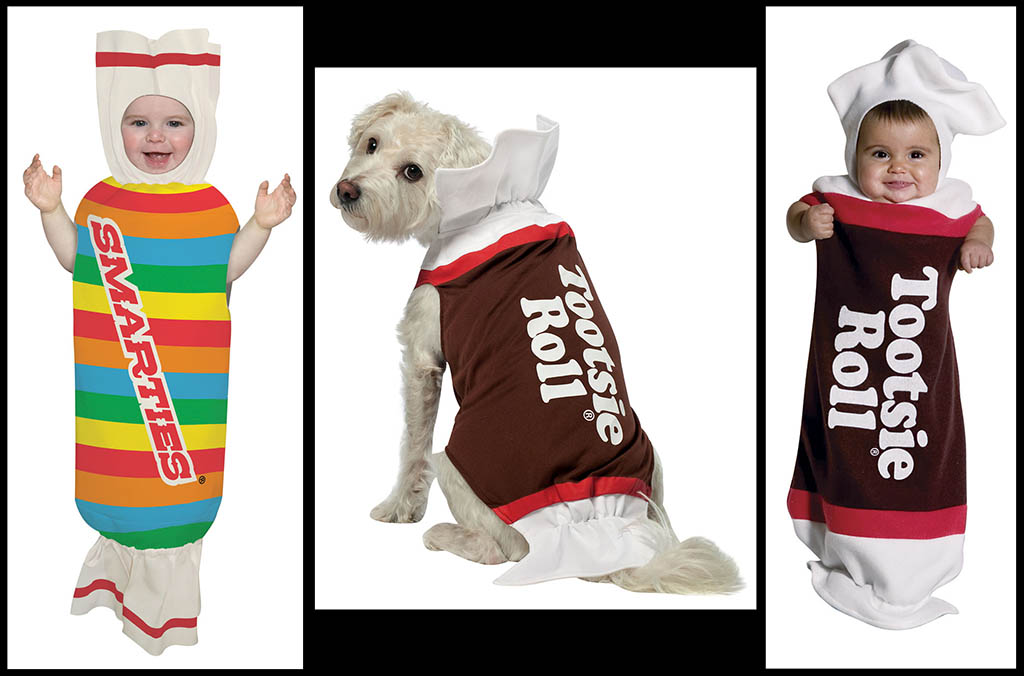 And that’s everything for today’s post on the colorful world of candy-costumes.  See you next time!

A New York City based writer, editor and sometimes actor. After spending much of the 1990′s in the comic book business helping tell the stories of Marvel Comics’ X-Men as series editor, he has since split his time between developing his own entertainment properties while still consulting and working on others. Having been described as “the Indiana Jones of lost and forgotten candy”, Jason is one of the country’s premier candy collectors and historians with his discoveries appearing in countless blogs, magazines, newspaper articles, and books. Always happy to share his knowledge and unique perspectives on this colorful part of our popular culture, Jason has consulted with New York’s Museum of Food and Drink and has also been a featured guest on Food Network’s Heavyweights, France’s M6 Capital, and New York’s TheActionRoom.com. My Google Profile+
View all posts by Jason Liebig →
This entry was posted in 1990's, CountdownToHalloween, Halloween and tagged candy collecting, candy collection, candy collector, candy costumes, Candy Halloween costumes, candy wrapper collection, candy wrapper collector, collectible, collecting candy, confectionery, confections, Halloween costumes, packaging, sweets, vintage candy wrapper, wrapper. Bookmark the permalink.