This one comes from all the way back in 1972 (possibly 1971, I’m not 100% certain).  This photo features my brother Jeff on the left with our pal Jay Burton on the right, both in homemade Superman costumes, and a wild-eyed young me in a panther costume below.  Ahem… 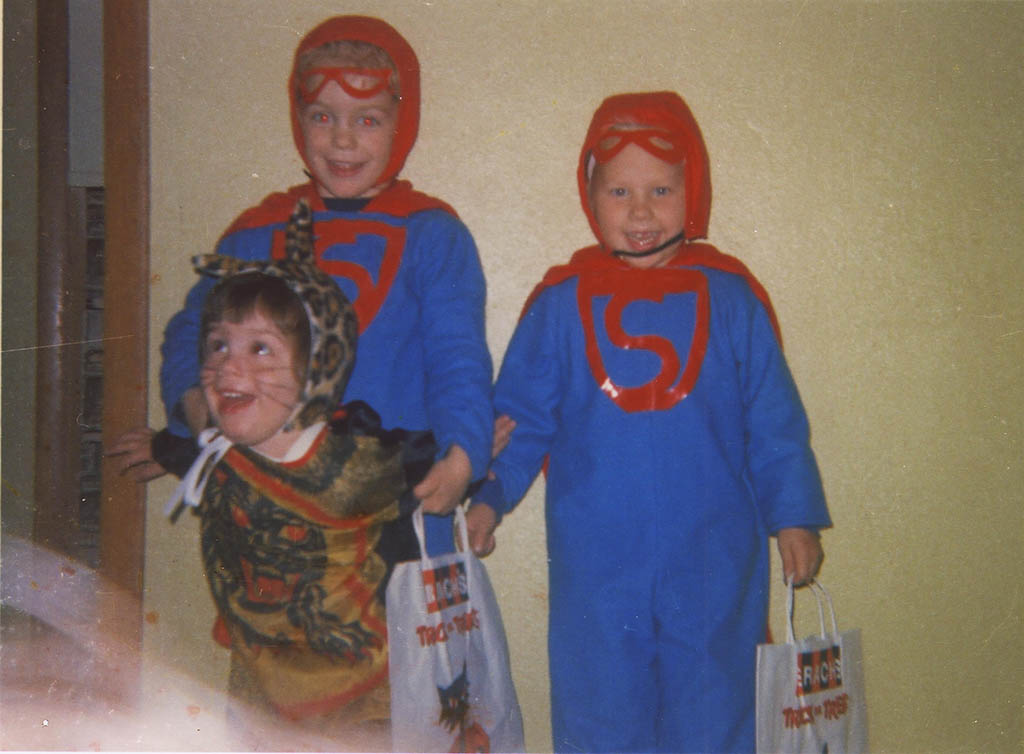 There I am, forty years ago, already being held back from a full sugar-rush rampage.  Looking back, I don’t know quite what to make of my cat-like headgear, but clearly it wasn’t slowing me down.

When I came across this photo a few years ago, I took note of the Brach’s Trick or Treat bags we were carrying (and that had yet to be filled with goodies). 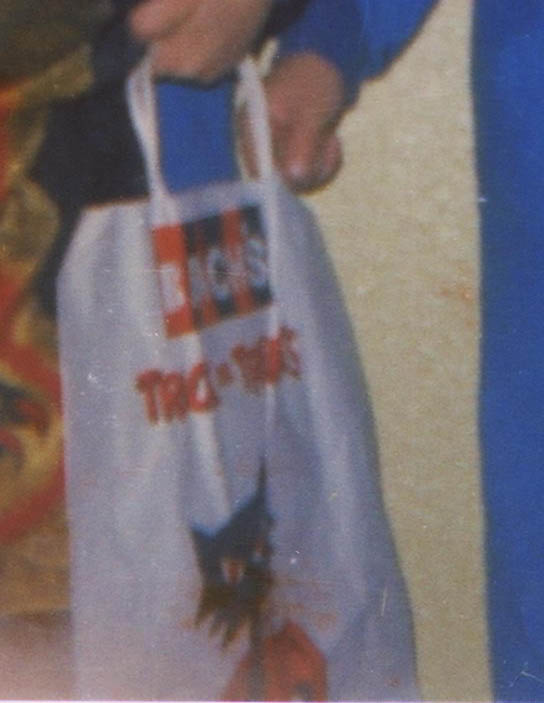 I have to wonder what confectionery delights I ended up collecting and consuming that night, so many years ago.  If only I had a photo of the end of the night to go along with this one.

This photo not only delivered a wonderful dose of personal nostalgia, but also a bit of hobby inspiration.   I am a collector after all, and I love a good hunt.  So I set out to find one of those Brach’s Halloween bags.

Eventually, I turned one up and it became a fun part of my collection.  Here it is: 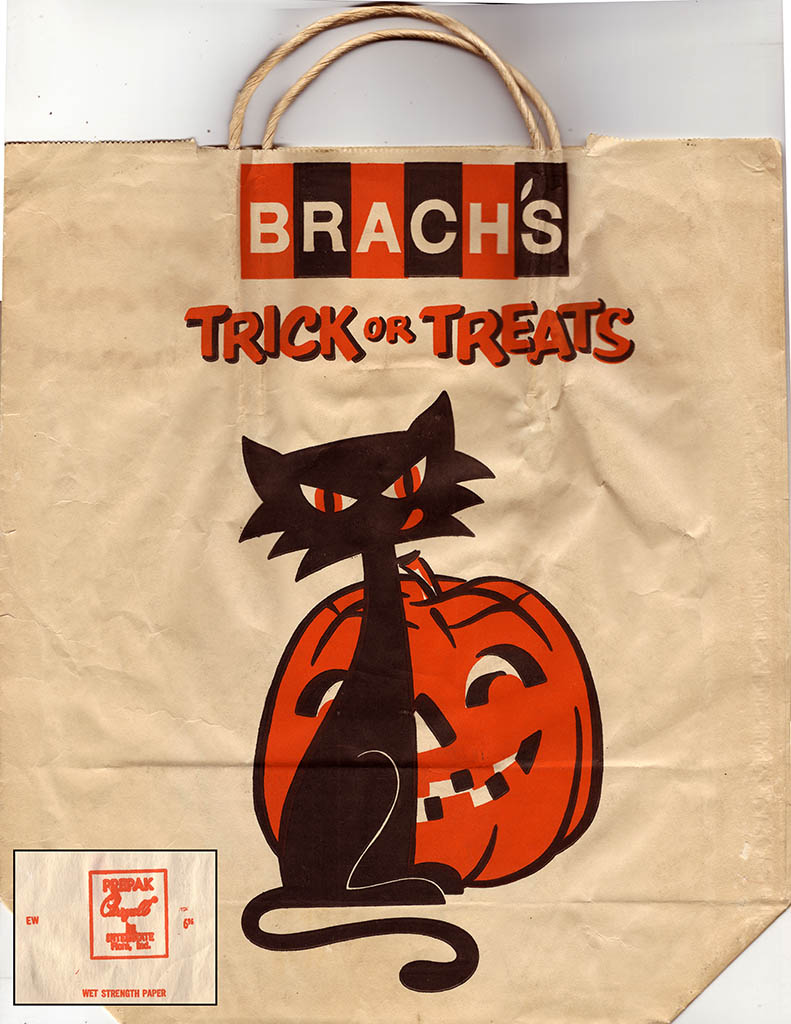 The design on the Brach’s treat bag is simple but timeless.  I could easily imagine this on a treat bag in 2012.

That’s everything for today’s fist entry on our countdown to Halloween.  If you’d like to check out more Halloween countdown goodness, make sure to check out the official CountdownToHalloween site, for links to all the other folks taking part in this fun, month-long celebration.

We’ve got plenty more Halloween candy goodness lined up, so make sure you keep dropping by as the month progresses.   See you next time… 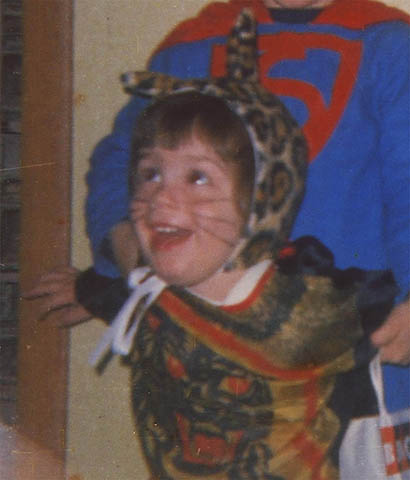 A New York City based writer, editor and sometimes actor. After spending much of the 1990′s in the comic book business helping tell the stories of Marvel Comics’ X-Men as series editor, he has since split his time between developing his own entertainment properties while still consulting and working on others. Having been described as “the Indiana Jones of lost and forgotten candy”, Jason is one of the country’s premier candy collectors and historians with his discoveries appearing in countless blogs, magazines, newspaper articles, and books. Always happy to share his knowledge and unique perspectives on this colorful part of our popular culture, Jason has consulted with New York’s Museum of Food and Drink and has also been a featured guest on Food Network’s Heavyweights, France’s M6 Capital, and New York’s TheActionRoom.com. My Google Profile+
View all posts by Jason Liebig →
This entry was posted in 1970's, Halloween and tagged 1970's, 1970's Halloween, 70's candy, Brach's, candy collecting, candy collection, candy collector, candy wrapper collection, candy wrapper collector, collectible, collecting candy, confectionery, confections, Halloween, packaging, sweets, vintage candy wrapper, wrapper. Bookmark the permalink.

7 Responses to My Earliest Halloween Photo – Brach’s Trick or Treats!