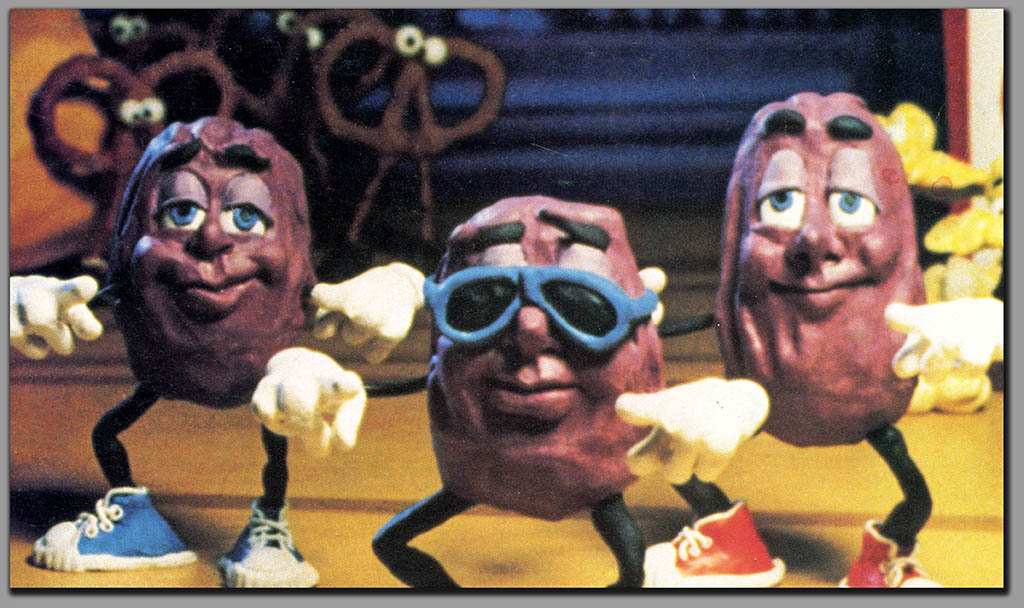 As a kid, I never bought into the idea that raisins were, in fact, “nature’s candy”.  To ten-year-old me, they were some scary dried-up fruit.  But as I’ve grown older I’ve warmed to the “nature’s candy” idea, and I’ve certainly gained an appreciation for their raisin-representatives, The California Raisins.   Today, I’m going to share examples of packaging featuring these musical mascots.

First up is a package that was probably found in the candy isle in smaller stores and spots like 7-Eleven – it’s Champion Raisins: 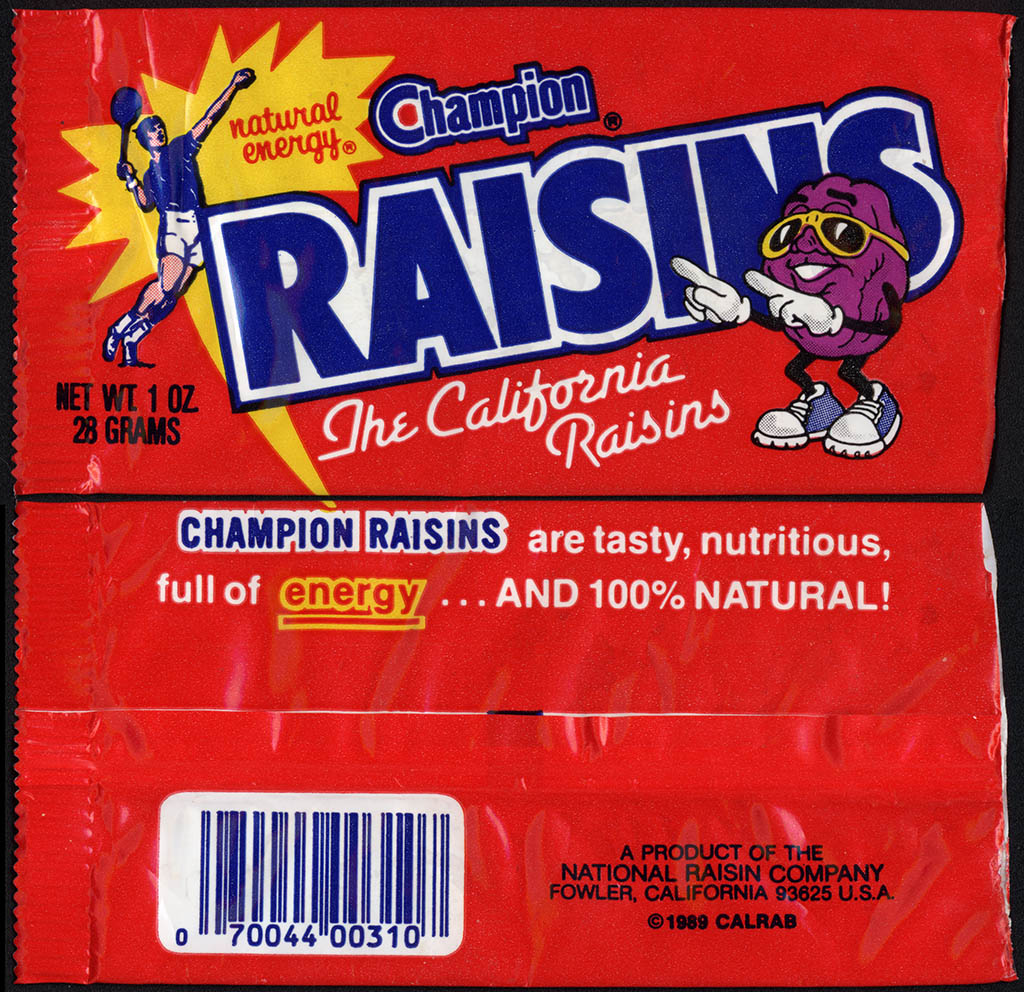 Next up is the package that originally prompted me to do this post.  I found this package at a gas station in upstate New York, and I was surprised to see the California Raisin character on it, as I hadn’t noticed them on packaging in many years. 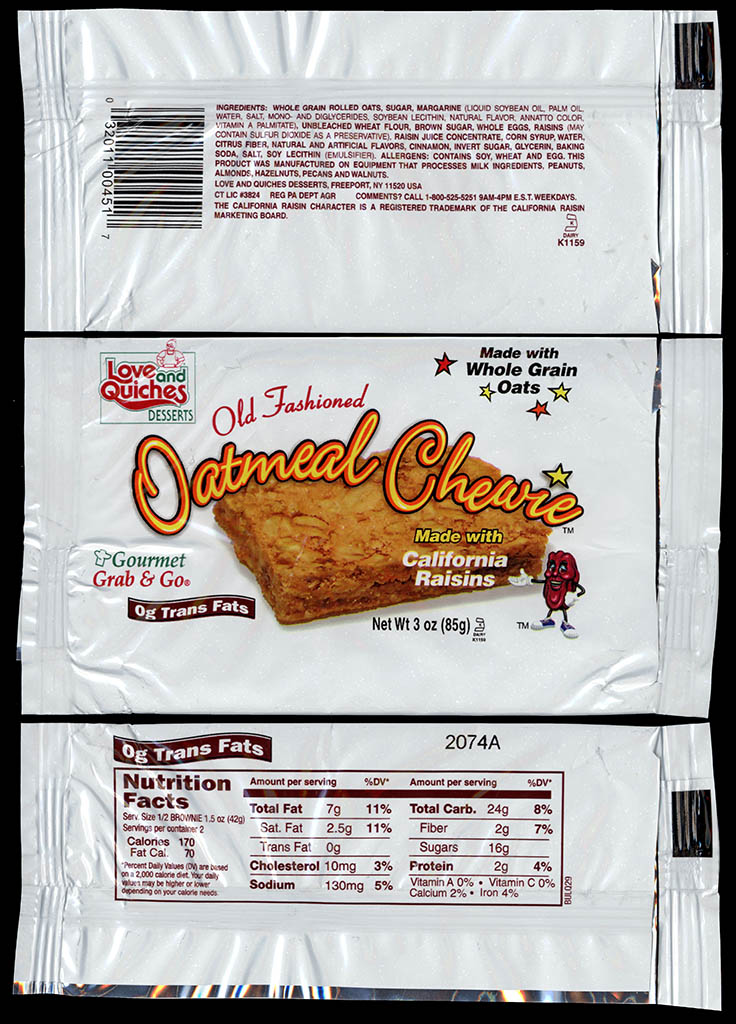 Finding that package led me to doing a search through my recent archives, which turned up this Sun-Maid box with a California Raisin on the top flap: 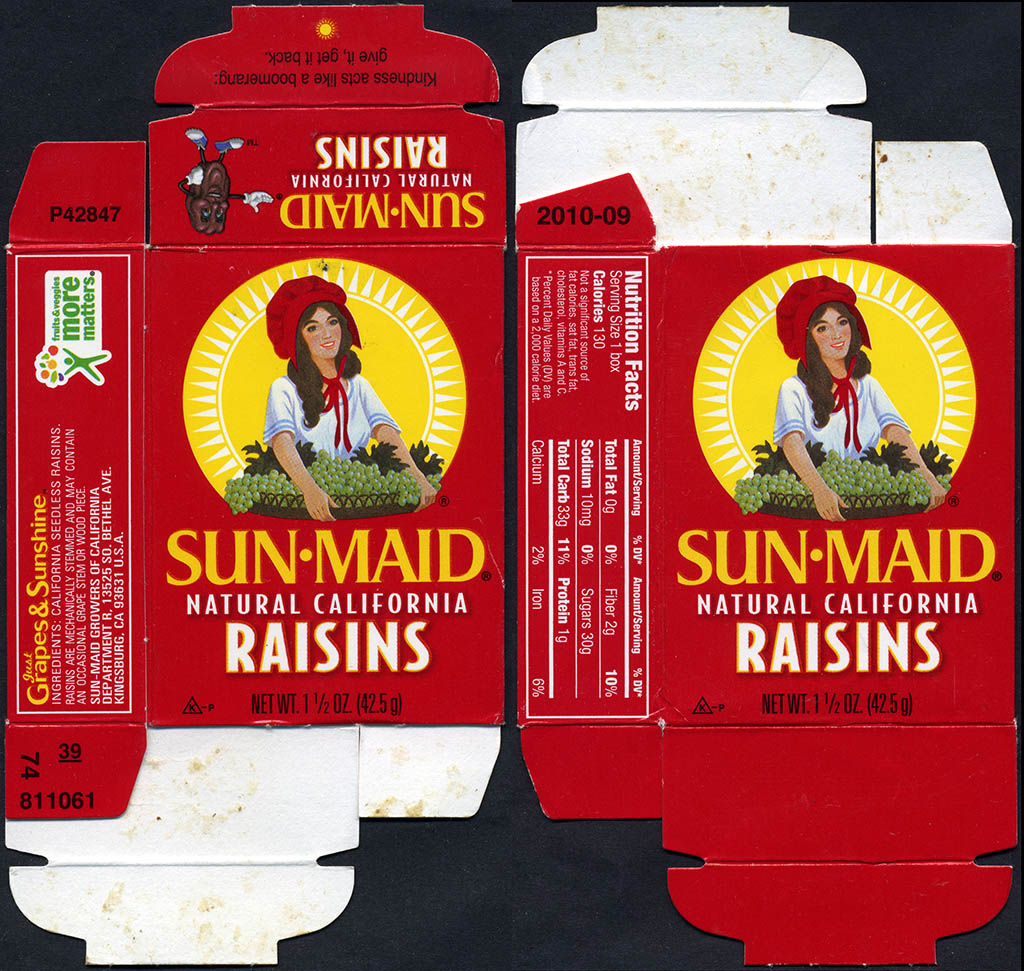 The height of the California Raisins fame was the late 80’s, and I have couple more items from that period, so I thought I’d include them.  First up is a cereal box: 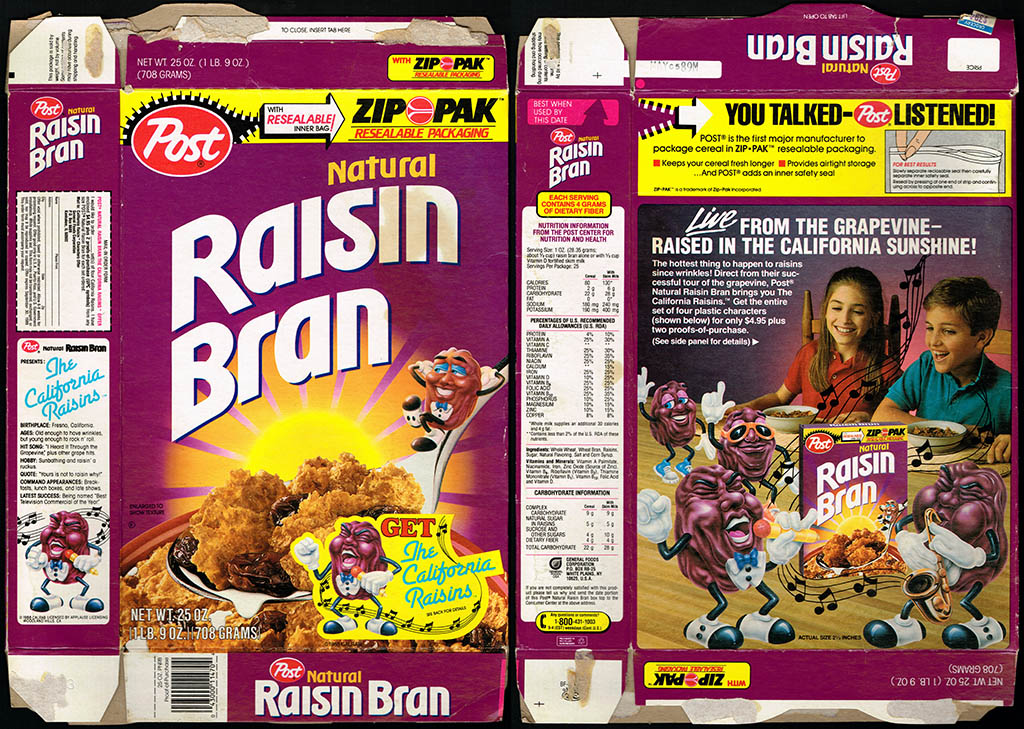 Finally, something that’s not a piece of packaging , but it’s where I pulled today’s title image from.  It’s the cover of an issue of Scholastic’s Dynamite Magazine, and I thought readers would appreciate seeing it: 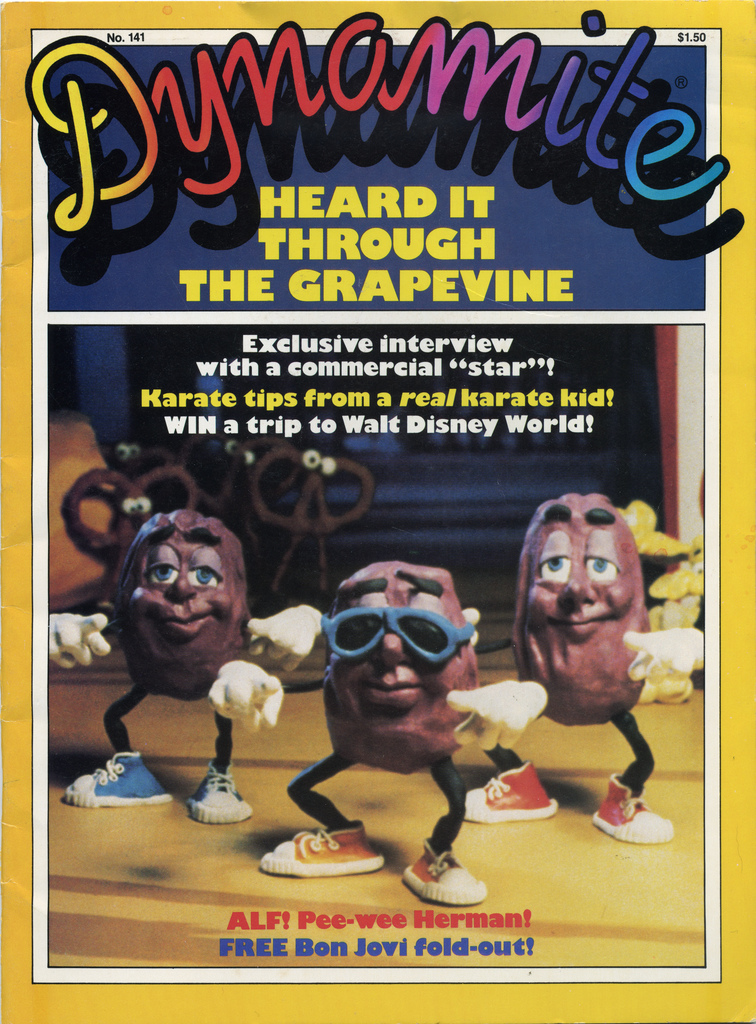 Of course, this post wouldn’t be complete without a listen:

That’s everything I’ve got to share today on the musical mascots of “Nature’s Candy”.  I hope you enjoyed the look.

A New York City based writer, editor and sometimes actor. After spending much of the 1990′s in the comic book business helping tell the stories of Marvel Comics’ X-Men as series editor, he has since split his time between developing his own entertainment properties while still consulting and working on others. Having been described as “the Indiana Jones of lost and forgotten candy”, Jason is one of the country’s premier candy collectors and historians with his discoveries appearing in countless blogs, magazines, newspaper articles, and books. Always happy to share his knowledge and unique perspectives on this colorful part of our popular culture, Jason has consulted with New York’s Museum of Food and Drink and has also been a featured guest on Food Network’s Heavyweights, France’s M6 Capital, and New York’s TheActionRoom.com. My Google Profile+
View all posts by Jason Liebig →
This entry was posted in 1980's and tagged candy collecting, candy collection, candy collector, candy wrapper collection, candy wrapper collector, collectible, collecting candy, confectionery, confections, mascot raisin, packaging, sweets, vintage candy wrapper, wrapper. Bookmark the permalink.