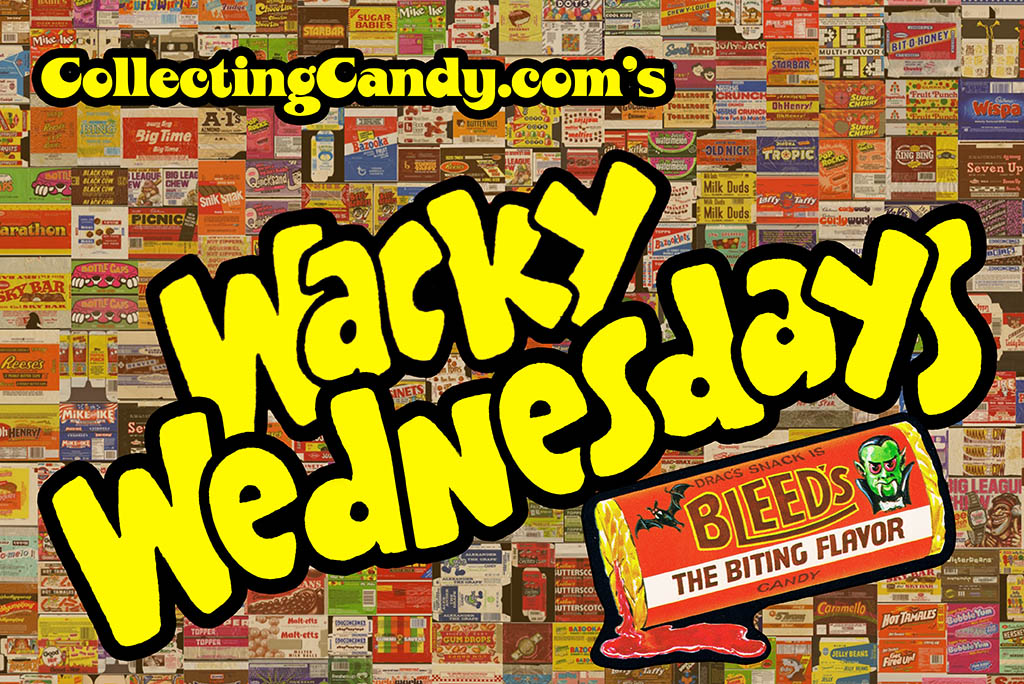 On today’s edition of Wacky Wednesdays we’ll be looking at Bleeds, a parody of Reed’s Butterscotch candy from Wacky Packages Series 16.

Released in 1976, Series 16 is notable as it was the last of the original 1970’s Wacky Packages series run.  There would be no series 17, and no follow-up of any kind until a number of years later.

Bleed’s is a pretty great sticker as it’s a vampire-themed Wacky Package and those just stand above.  How can you not love Wacky Packages with vampires? 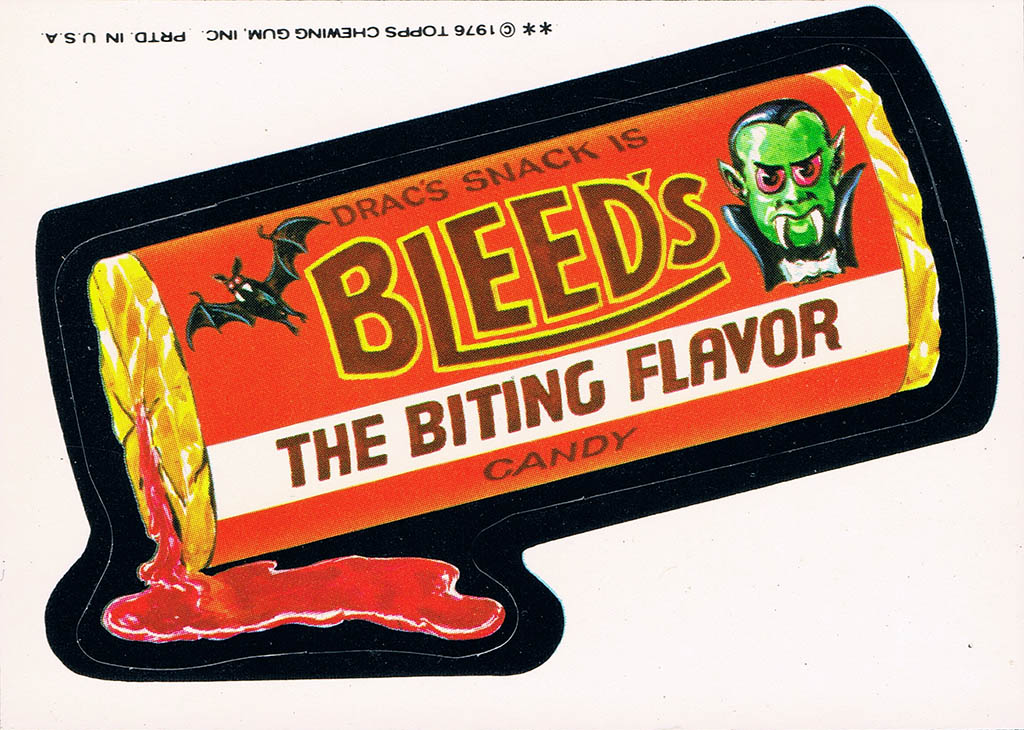 For today’s piece, I photographed an original 1970’s Reeds Butterscotch candy roll in a position that would allow for a favorable comparison to the Wacky sticker, and this is what I came up with: 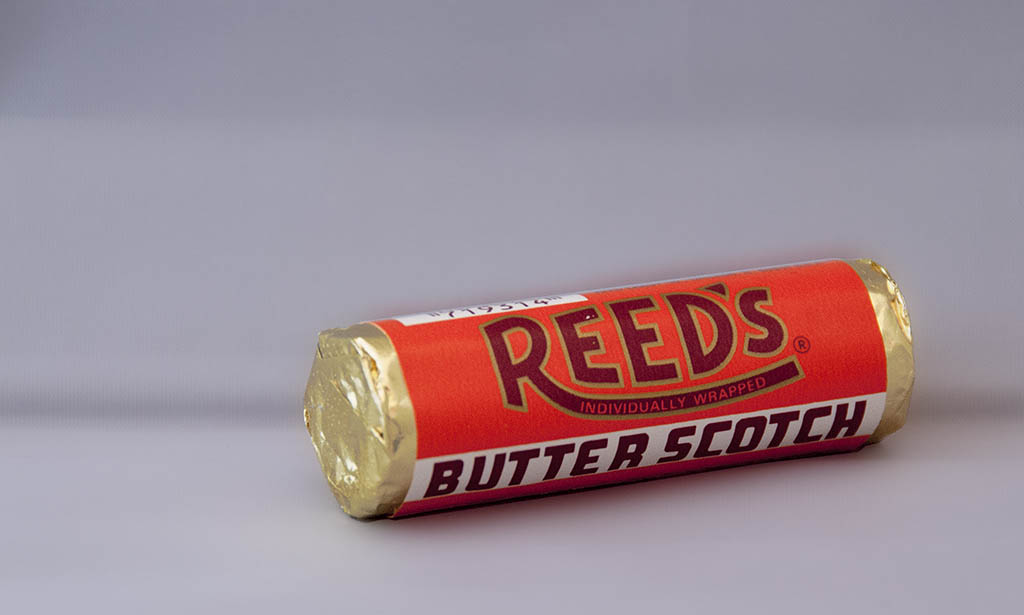 The vintage Reed’s Butterscotch roll pictured dates back to the same time period that the Bleed’s sticker was released, give or take a few years.  It may not be the exact version parodied in Bleed’s, but it’s awfully close.

Here’s a scan of the wrapper, removed from the roll: 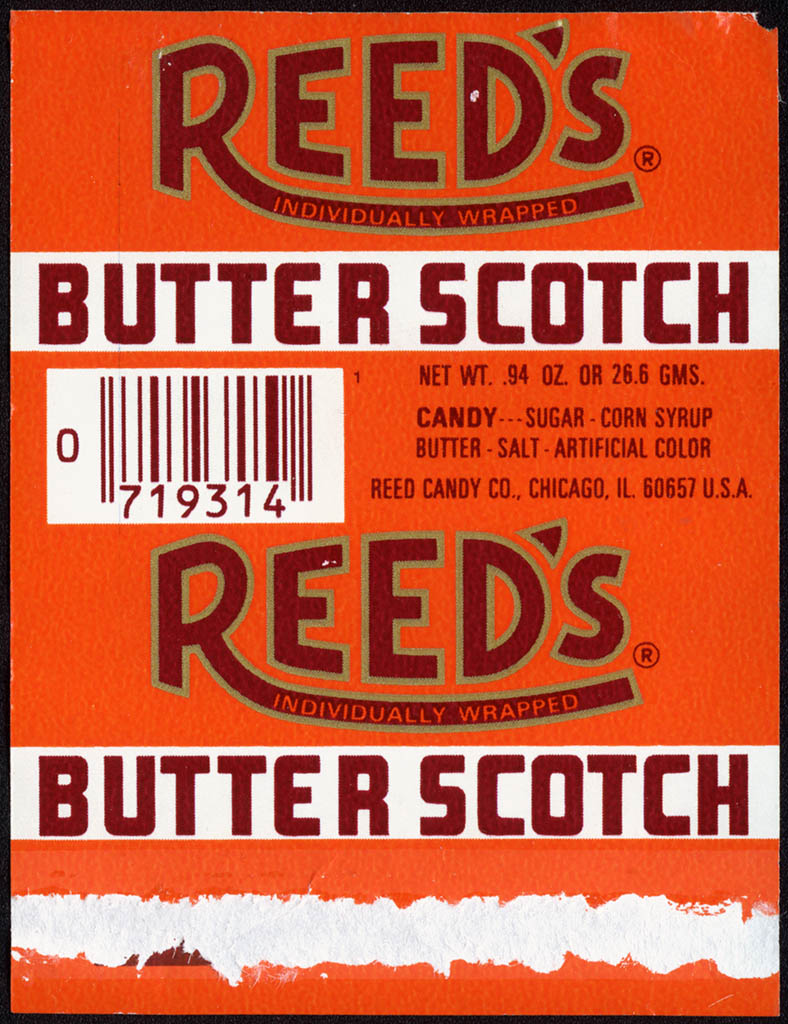 And that’s it for today’s edition of Wacky Wednesdays.  See you next time!

[Note: Special thanks to Wacky Packages collector Rob Palmer for providing access to his original Bleed’s sticker for today’s article.]

A New York City based writer, editor and sometimes actor. After spending much of the 1990′s in the comic book business helping tell the stories of Marvel Comics’ X-Men as series editor, he has since split his time between developing his own entertainment properties while still consulting and working on others. Having been described as “the Indiana Jones of lost and forgotten candy”, Jason is one of the country’s premier candy collectors and historians with his discoveries appearing in countless blogs, magazines, newspaper articles, and books. Always happy to share his knowledge and unique perspectives on this colorful part of our popular culture, Jason has consulted with New York’s Museum of Food and Drink and has also been a featured guest on Food Network’s Heavyweights, France’s M6 Capital, and New York’s TheActionRoom.com. My Google Profile+
View all posts by Jason Liebig →
This entry was posted in 1970's, Hershey, Topps, Wacky Packages and tagged 1970's candy, butterscotch candy, candy collecting, candy collection, candy collector, candy wrapper collection, candy wrapper collector, collectible, collecting candy, confectionery, confections, hard candy, packaging, Reed's candy, roll candy wrappers, sweets, Topps, vintage candy wrapper, Wacky Packages, Wacky Packages original products, Wacky Packages stickers, Wacky Packs, wrapper. Bookmark the permalink.