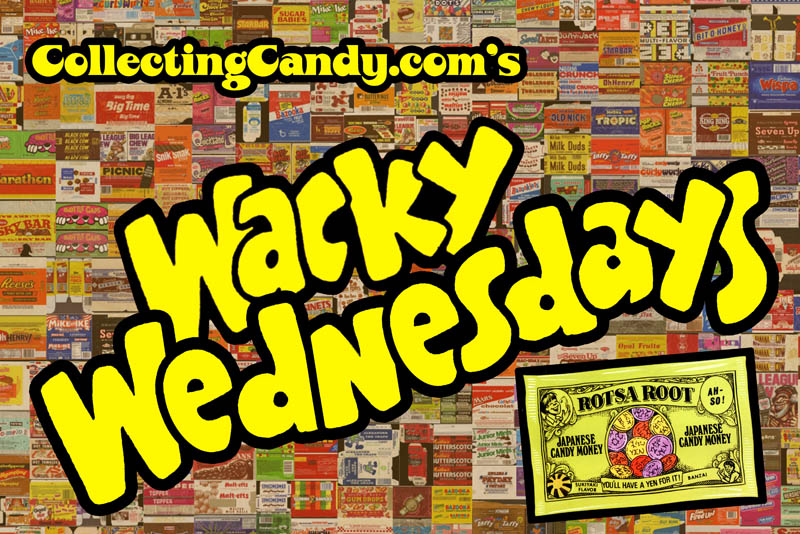 This week I’m once again having my Tuesday column lead into Wacky Wednesdays.  I don’t think that’s going to become a habit, but sometimes it is going to make sense and when it does, I’ll go with it.

Rotsa Root was released in one of the last of the 1970’s Wacky Packages series.  It was series 14, released in 1975, when the title made the cut.   CollectingCandy.com visitors might recognize that this as a parody of Topps’ own Lotsa Loot candy, featured just yesterday. 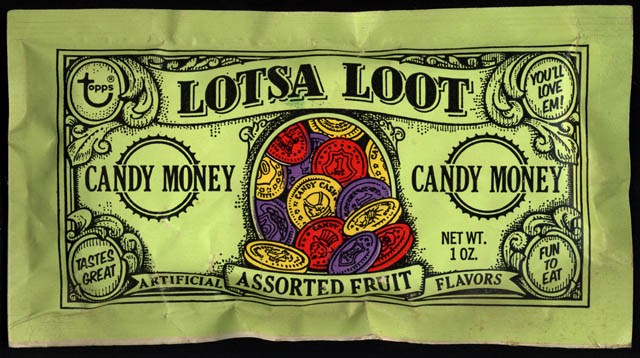 The humor used for this parody is one that would be met with a bit more controversy in 2012, than it found in 1975.  The politically-incorrect racial stereotypes included, such as “Ah-So” and the Rotsa Root name itself, would simply never be used now.  We appreciate them today by putting them into their historical context.

1975 was a different world, that also featured products like Riceland’s Velly Nice Rice. 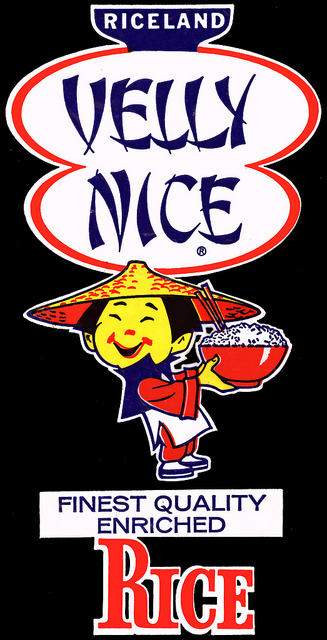 Over the course of the Wacky Packages parodies we plan to cover for Wacky Wednesdays, there will undoubtedly be more instances of humor that might best be left in the past.  When looking back at how packaging has evolved, I don’t want to overlook something just because it would not be done today.  I hope readers appreciate this approach, and understand that no offense is intended when presenting these historical pieces.

That’s it for today’s edition of Wacky Wednesdays.   See you next week for another edition, and right back here tomorrow for more CollectingCandy.com fun.

A New York City based writer, editor and sometimes actor. After spending much of the 1990′s in the comic book business helping tell the stories of Marvel Comics’ X-Men as series editor, he has since split his time between developing his own entertainment properties while still consulting and working on others. Having been described as “the Indiana Jones of lost and forgotten candy”, Jason is one of the country’s premier candy collectors and historians with his discoveries appearing in countless blogs, magazines, newspaper articles, and books. Always happy to share his knowledge and unique perspectives on this colorful part of our popular culture, Jason has consulted with New York’s Museum of Food and Drink and has also been a featured guest on Food Network’s Heavyweights, France’s M6 Capital, and New York’s TheActionRoom.com. My Google Profile+
View all posts by Jason Liebig →
This entry was posted in 1970's, Topps, Uncategorized, Wacky Packages and tagged 1970's, 70's, candy, collectible, collecting, collection, confection, retro, sweets, vintage, Wacky Packages, Wacky Packs, Wackys. Bookmark the permalink.