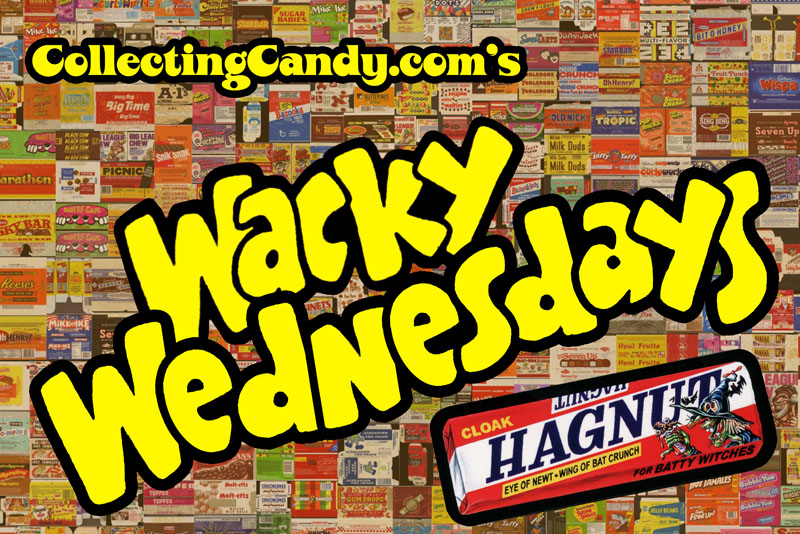 Following up the last two days of Zagnut-related coverage, I thought I’d include Wacky Wednesdays in the fun as well.

Released as part of Topps’ Wacky Packages Old School series 2 in 2011, Hagnut is a candy bar spoof featuring a witch character (the “hag” in Hagnut, obviously) as well as a list of ingredients that includes eye of newt and wing of bat crunch.  The tagline for this one is “For batty witches.”  It’s classic Wacky goodness.

A closer look at the witch character illustrated on the sticker shows that she herself is enjoying a Hagnut bar, complete with eyes of newt and aforementioned wings: 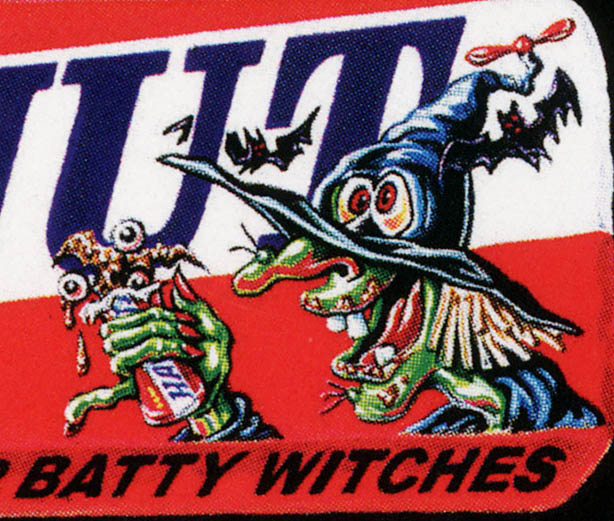 Hagnut all close and personal.

The wrapper parodied with this sticker is the Zagnut style first seen in the late 1960’s, and carried all the way through the following decade. 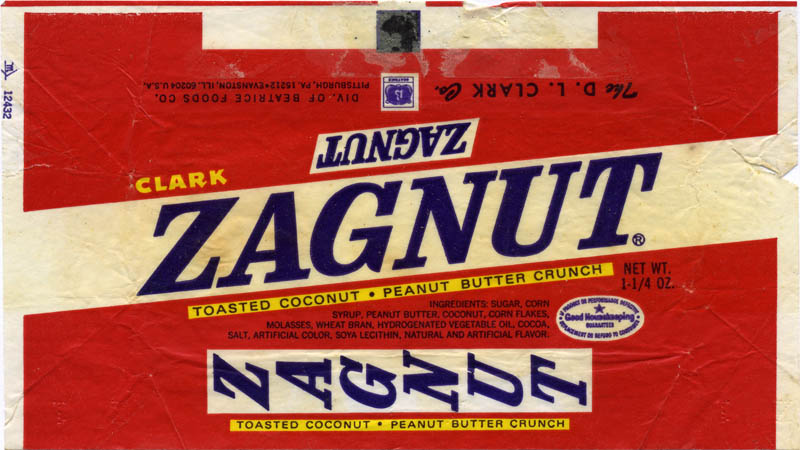 Since the Wacky Packages Old School series is being released now, I actually had this wrapper in my collection before the Wacky was conceived.  Due to the fact that I provide vintage packaging reference to Dave Gross, the man behind the art of Old School Wackys, this sticker may well be based on the very wrapper I have here.   How’s that for an effective  shortcut to collecting packages that Wackys are based on?

That’s all for this week’s edition.  Next week I’ll be back with a genuine 1970’s Wacky Wednesdays post.

A New York City based writer, editor and sometimes actor. After spending much of the 1990′s in the comic book business helping tell the stories of Marvel Comics’ X-Men as series editor, he has since split his time between developing his own entertainment properties while still consulting and working on others. Having been described as “the Indiana Jones of lost and forgotten candy”, Jason is one of the country’s premier candy collectors and historians with his discoveries appearing in countless blogs, magazines, newspaper articles, and books. Always happy to share his knowledge and unique perspectives on this colorful part of our popular culture, Jason has consulted with New York’s Museum of Food and Drink and has also been a featured guest on Food Network’s Heavyweights, France’s M6 Capital, and New York’s TheActionRoom.com. My Google Profile+
View all posts by Jason Liebig →
This entry was posted in 1970's, Wacky Packages and tagged 1970's, 70's, candy, chocolate, collectible, collecting, collection, confection, sticker, sweets, Topps, vintage, Wacky Packages, Wacky Packs, witch. Bookmark the permalink.