As part of the ongoing Kickstarter campaign for Zombie Mouth Bubblegum, today I created a video incorporating over 400 Halloween candy images from the CollectingCandy.com archives that display in a seizure-inducing, Technicolor rapid-fire period of four minutes.  Make the jump to check it out!

This video was created as a thank-you to the Zombie Mouth Bubblegum backers and supporters.  But upon its completion, I decided to share it publicly as beyond that gratitude toward existing supporters, my hope it that it will be something fun to share.  Since this is the week leading up to Halloween, that sharing could bring more eyes to the campaign and help us reach our goal successfully.  There’s still a long way to make it to our funding goal, so if you think the campaign is cool – please tell your friends.

And thank you for watching!

Once again, this has been a thank-you video produced in honor of the Zombie Mouth Bubblegum Kickstarter community of supporters.  If you haven’t checked it out already, please do so now!  It ends in just over a week and we would sincerely appreciate your support! 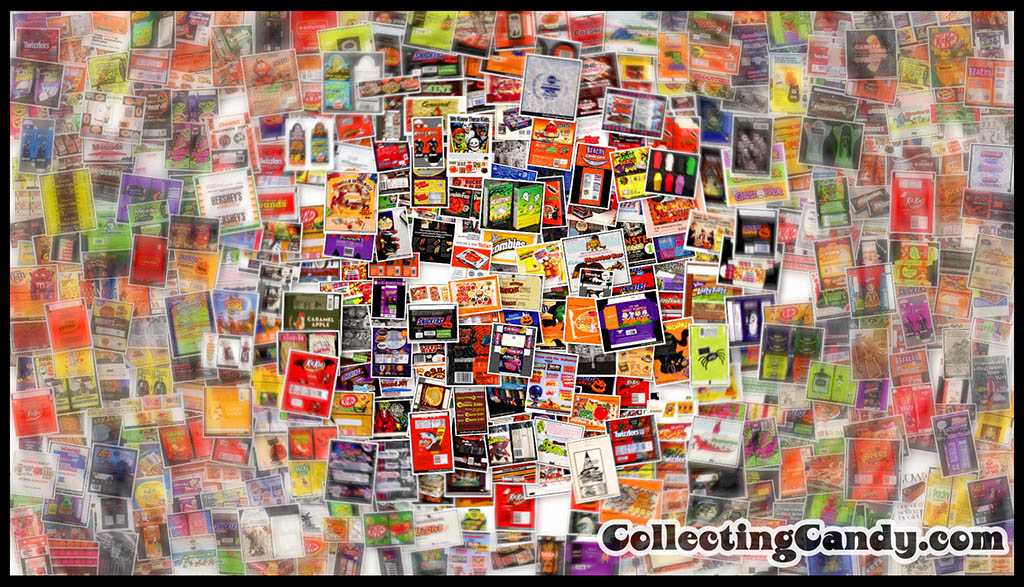 A New York City based writer, editor and sometimes actor. After spending much of the 1990′s in the comic book business helping tell the stories of Marvel Comics’ X-Men as series editor, he has since split his time between developing his own entertainment properties while still consulting and working on others. Having been described as “the Indiana Jones of lost and forgotten candy”, Jason is one of the country’s premier candy collectors and historians with his discoveries appearing in countless blogs, magazines, newspaper articles, and books. Always happy to share his knowledge and unique perspectives on this colorful part of our popular culture, Jason has consulted with New York’s Museum of Food and Drink and has also been a featured guest on Food Network’s Heavyweights, France’s M6 Capital, and New York’s TheActionRoom.com. My Google Profile+
View all posts by Jason Liebig →
This entry was posted in 1960's, 1970's, 1980's, 1990's, Boxed, Bubble Gum, Chocolate, CountdownToHalloween, Fleer, Halloween, Hershey, Holiday, M&M's, Mars, Necco, Nestle, Novelty, Peanut Butter, Sour Candy, TheCandyGeek, Topps, Wonka and tagged candy collecting, candy collection, candy collector, candy wrapper collection, candy wrapper collector, collectible, collecting candy, confectionery, confections, Kickstarter, packaging, packaging design, sweets, vintage candy wrappers, wrapper. Bookmark the permalink.