There are but a select few branded confections that can claim to have been around a century, and as of this year, Lifesavers is one of them.  For a collector, Lifesavers provide such a history and array of offerings that you could have a hobby focused on them alone.

I’ve enjoyed the bits I’ve learned about the history of “The Candy with the Hole” and today I’m going to share one of the more colorful discoveries I’ve made about one particular flavor: Butter-Rum.

Growing up, Butter-Rum was my favorite flavor of Lifesavers, so when I became a collector, they held a special place in my heart.

A few years ago, I had the opportunity to document a binder that was originally kept by an employee of Lifesavers, and passed down over the years.  Within its pages were years of wrapper samples, saved in order to keep a record of what had come before.  It is an extraordinary documentation, and it is unusual when things like this are kept, but so great when they are. 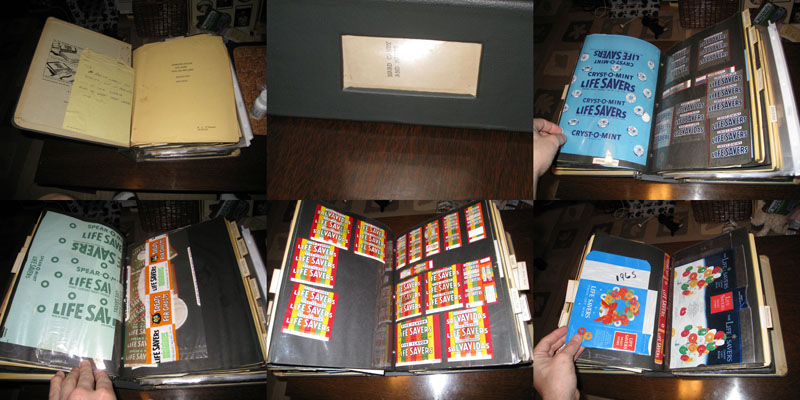 This binder ended up with another marketing executive, who also happened to be a collector, and who was gracious enough to let me document the contents.  I may dedicate a later posting to this archive alone, or I may simply bring up bits and pieces along the way.

As I was going through this book, I came to a section dedicated to Butter-Rum wrappers, and then a page with a wrapper that looked just like Butter-Rum, but was called Butter-Yums. 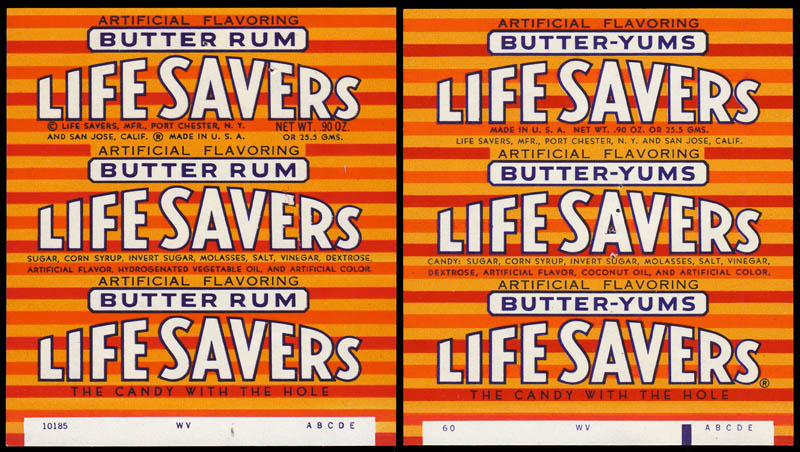 I was immediately intrigued by this oddball wrapper that appeared to be a Butter-Rum wrapper, except for the name.  The binder also included wrappers created for sale in Mexico, but those wrappers were simply the regular wrapper in Spanish – pretty neat to see: 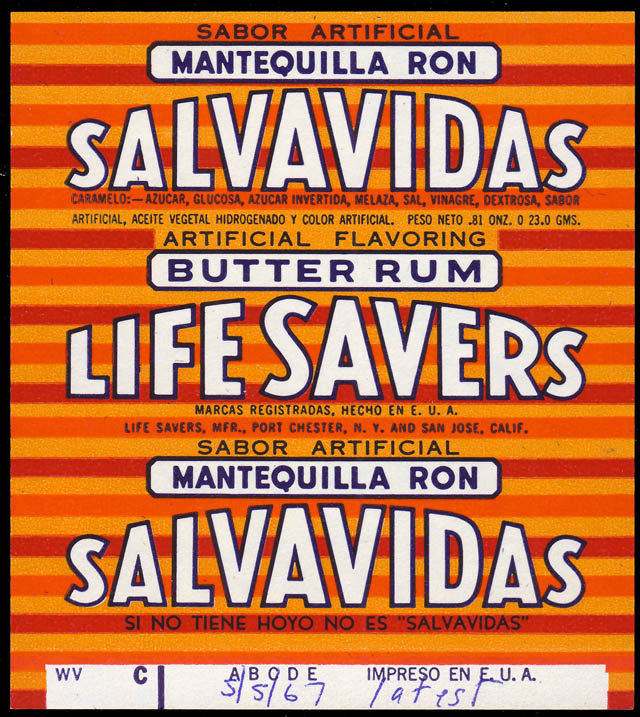 Now I had the standard wrapper in front of me, the exotic Spanish-language version, and the mysterious Butter-Yums.

My first thought was to go to the source – the Lifesavers company.  I went online and sent them an e-mail.  I did get a response back that they didn’t have records going back that far, and they could not tell me what the Butter-Yums wrapper was.  So, with the folks who owned the company, I hit a dead-end.

Not content to give up without an answer, I put the question to Don F., a candy-contact of mine that is a member of a group of former Beech-Nut/Lifesavers factory employees that get together for reunions.  Don was quick to reply, and explained the Butter-Yums quite simply:

“After Prohibition; Oregon, as well as North and South Dakota, had a law that you couldn’t sell anything with rum in it or the word rum in its name.”

So, the mystery was solved, or at least as solved as I was going to find.  The idea of Butter-Rums being renamed due to some anti-alcohol state laws makes pretty good sense. 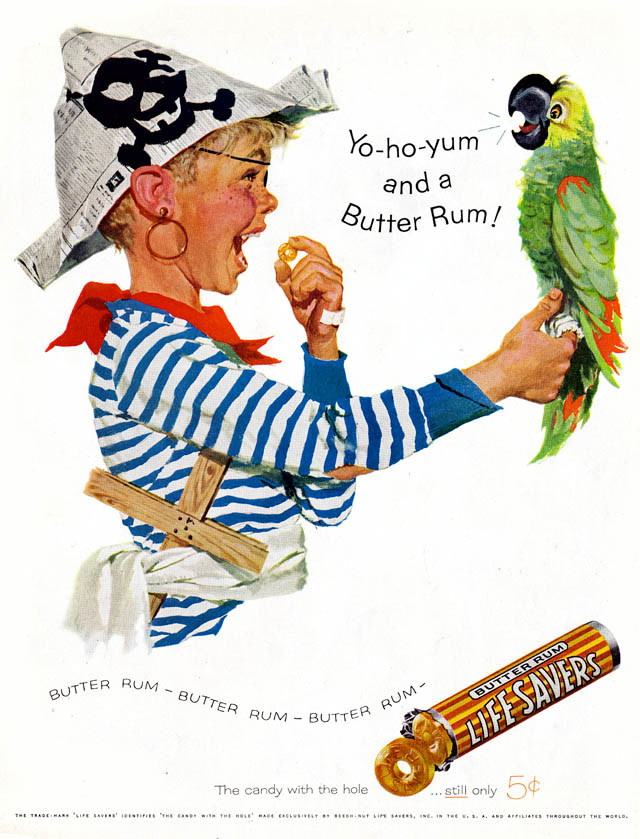 Since we’re on the topic of Butter-Rum, I’ll wrap up with a bit of a timeline assortment of Butter-Rum wrappers I have: