Today is Mother’s Day and I’m happy to be able to mark the holiday with a few properly-themed candy wrappers.  While a lot of candy is probably given out on Mother’s Day, it is near-impossible to find any of it specifically packaged for the holiday.  But in recent years Russell Stover has released special Mother’s Day overwraps for their assorted boxed chocolates and Whitman-branded Samplers.   Let’s take a look.

Much like candy themed for St. Patrick’s Day or Thanksgiving, candy packaging for Mother’s Day is not easy to find, but fortunately for us there are a few.  Russell Stover and its subsidiary Whitman have given us six different Mother’s Day box wrappers in the last couple of years and here they are: 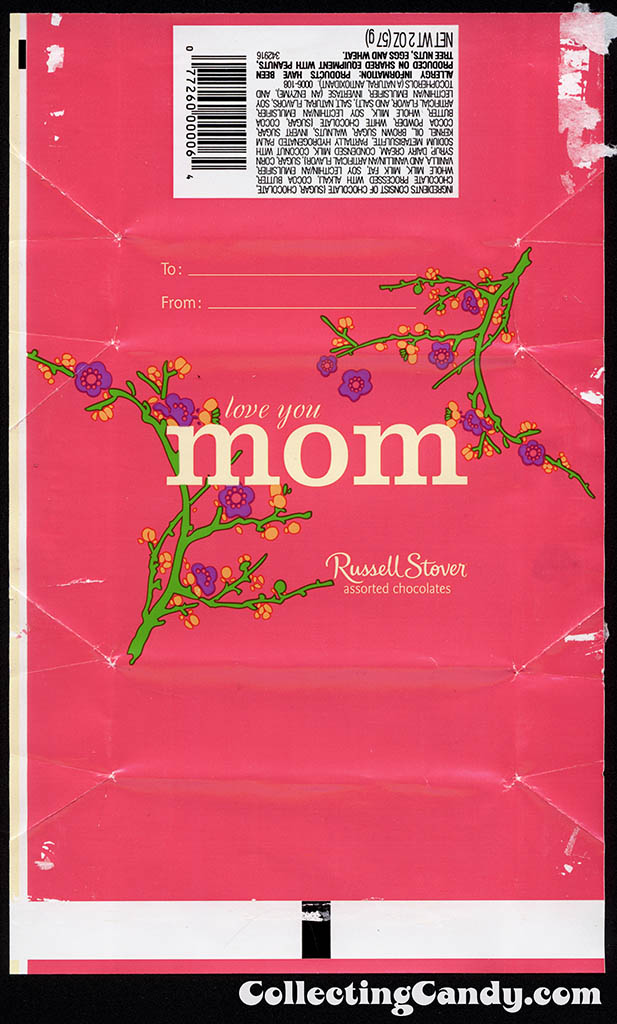 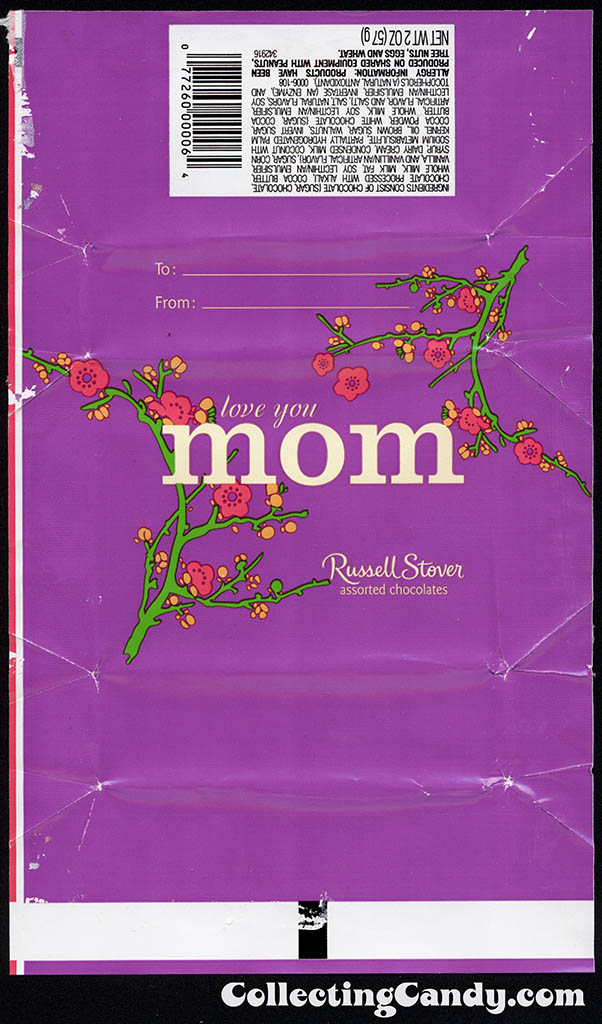 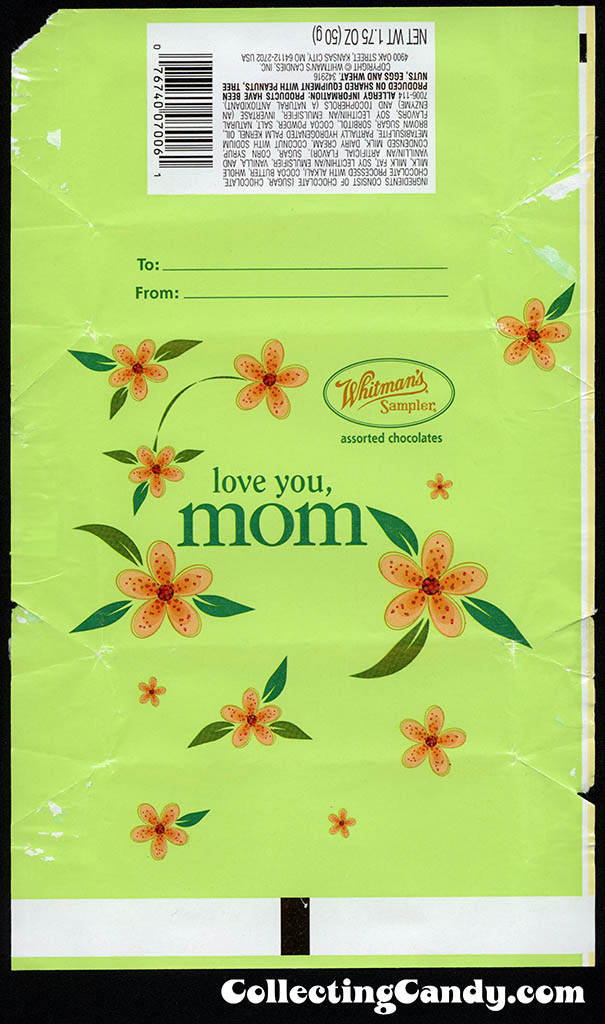 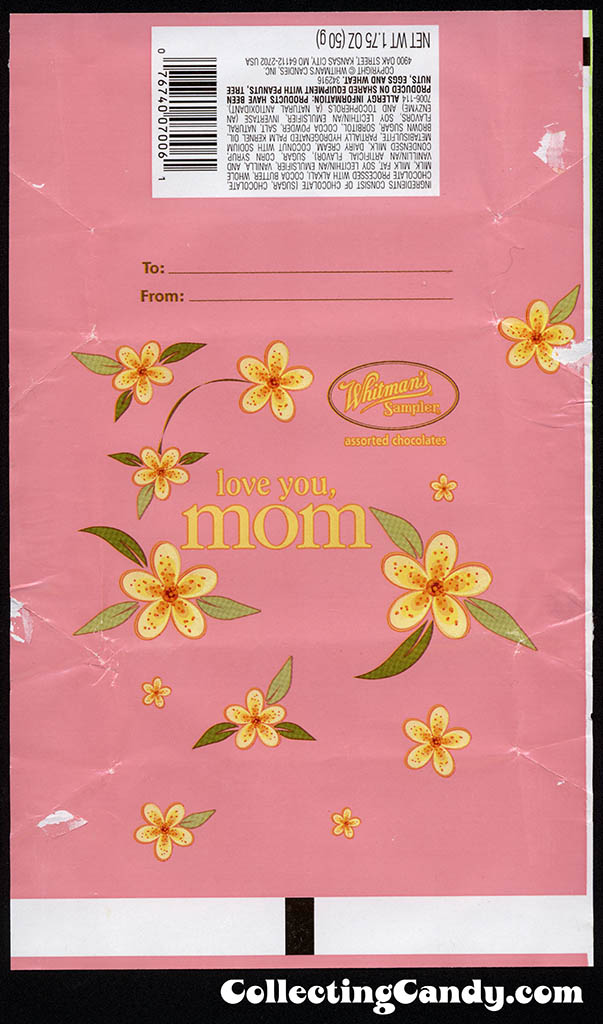 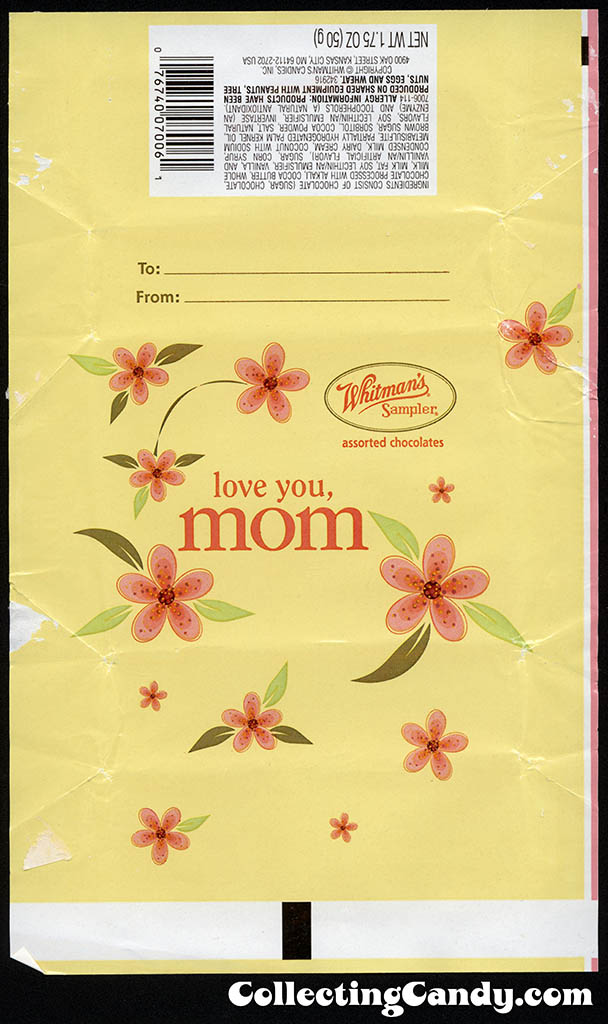 That’s all of ’em.  In addition to these wrappers for small boxes, I know that Russell Stover utilized the same designs for larger boxed assortments also themed for Mother’s Day.  Beyond these six and their larger counterparts however, I don’t recall any other time I encountered candy packaging specifically geared toward today’s holiday.  Seems like a missed opportunity, but at least we have these.

That’s everything for today and our enthusiastic acknowledgement of wonderful mothers everywhere.  Have a great day, Moms!  See you next time! 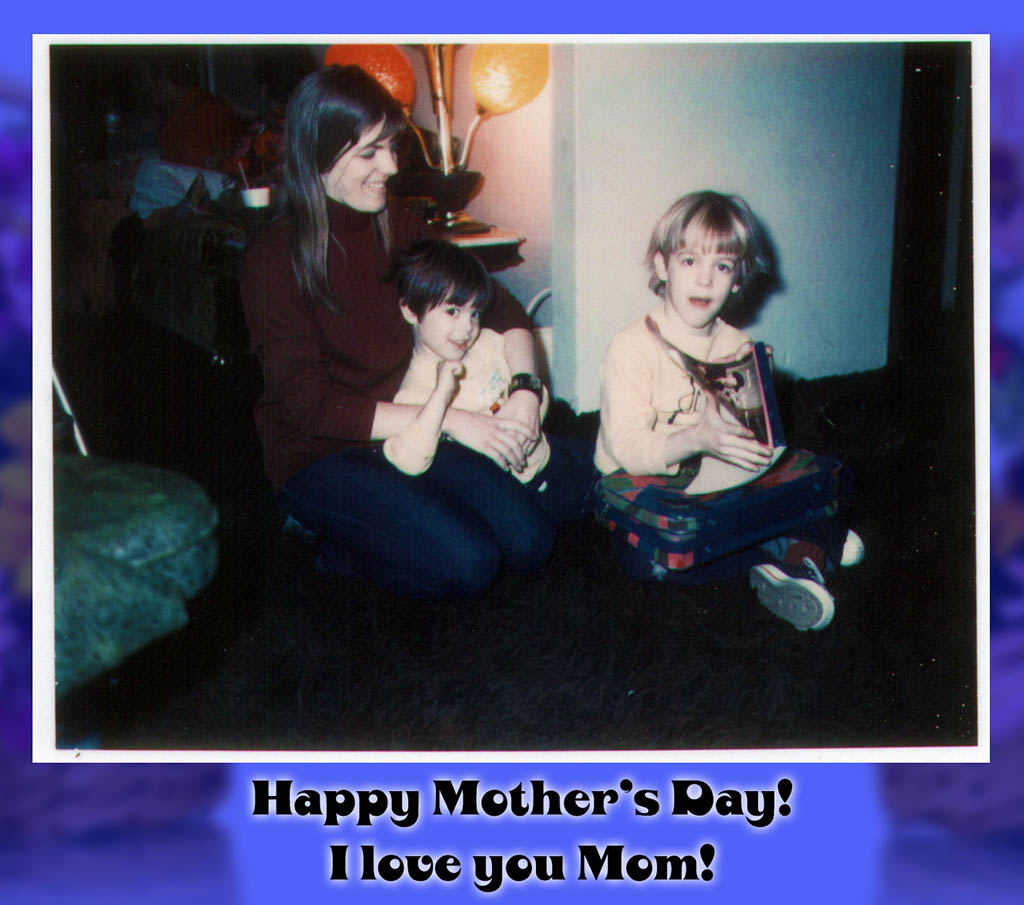 A New York City based writer, editor and sometimes actor. After spending much of the 1990′s in the comic book business helping tell the stories of Marvel Comics’ X-Men as series editor, he has since split his time between developing his own entertainment properties while still consulting and working on others. Having been described as “the Indiana Jones of lost and forgotten candy”, Jason is one of the country’s premier candy collectors and historians with his discoveries appearing in countless blogs, magazines, newspaper articles, and books. Always happy to share his knowledge and unique perspectives on this colorful part of our popular culture, Jason has consulted with New York’s Museum of Food and Drink and has also been a featured guest on Food Network’s Heavyweights, France’s M6 Capital, and New York’s TheActionRoom.com. My Google Profile+
View all posts by Jason Liebig →
This entry was posted in Chocolate, Holiday and tagged candy collecting, candy collection, candy collector, candy wrapper collection, candy wrapper collector, collectible, collecting candy, confectionery, confections, holiday, Mother's Day, packaging, Russell Stover, sweets, vintage candy wrapper, Whitman, Whitmans, wrapper. Bookmark the permalink.