This year, Spongebob Squarepants will be celebrating his 15th Anniversary on Nickelodeon.  In fact, the very first season of Spongebob premiered on May 1st, 1999 – so we’re only a few days away from the exact anniversary date.

Though I haven’t been able to discern precisely when Spongebob’s Gummy Krabby Patties first came to market, based upon internet mentions I did spot, it appears that they’ve been around nearly a decade.  Since Spongebob’s character works as a fry cook at the Krusty Krab restaurant and their most popular sandwich is the Krabby Patty, it must have made perfect sense to create a gummy based on the fictional burger.

Whatever the origins, Spongebob’s Krabby Patties have proven to be a product that may stick around longer than anyone might have guessed.  The Frankford Candy company is the manufacturer of Spongebob’s Gummy Krabby Patties and in the years since introducing them, they’ve diversified the product with a few fun brand extensions.

I first started picking up Spongebob’s Gummy Krabby Patties in the theater-sized boxes back in 2011 which was also when they launched two product extensions for the brand.  Here are the three variety I’ve found: 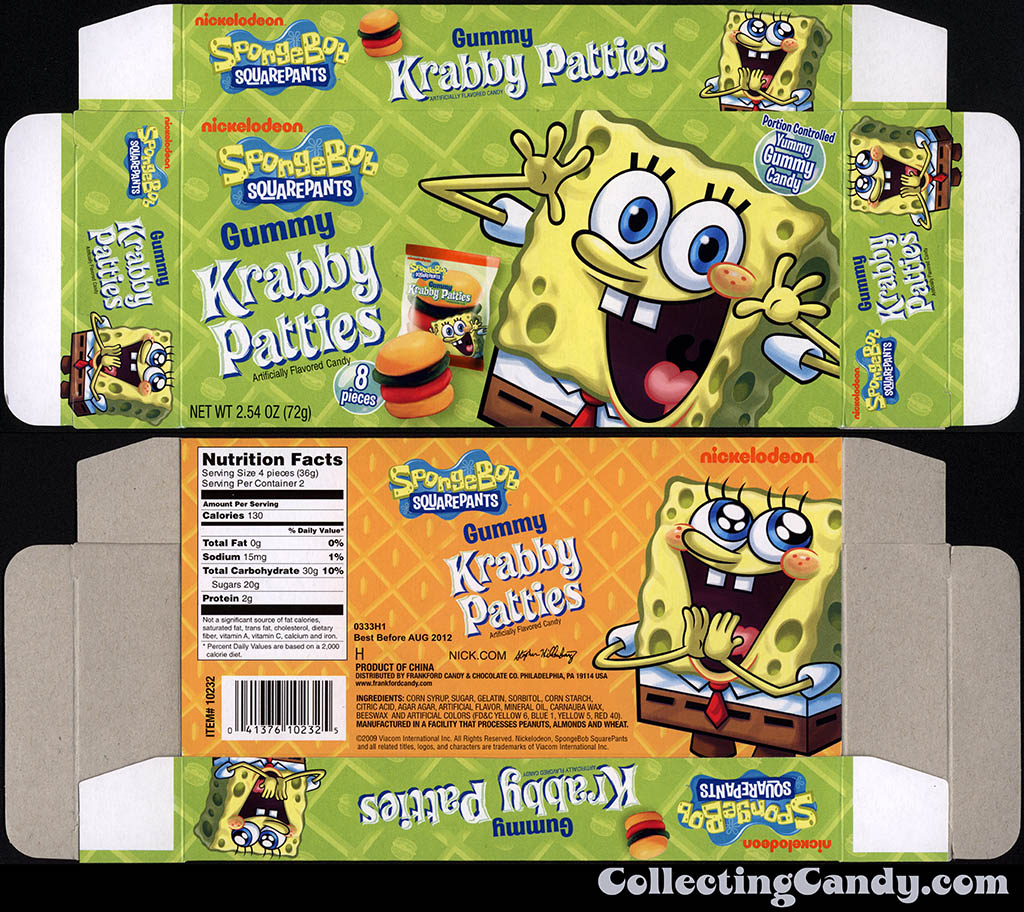 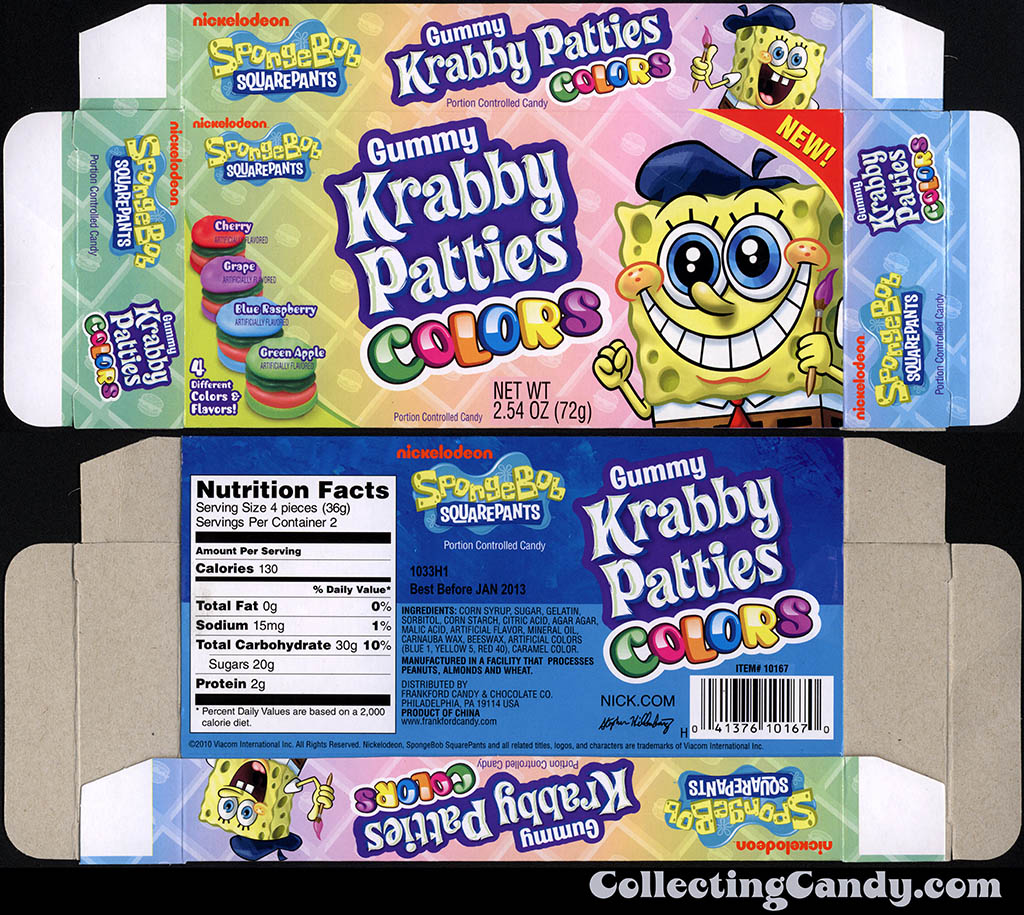 Frankford is a big manufacturer of seasonal confectionery items and that certainly includes their Spongebob Squarepants Gummy Krabby Patties product.  I’ve also found Christmas and Easter-themed packaging for them since 2011 – each with a packaging redesign along the way.  Here they are: 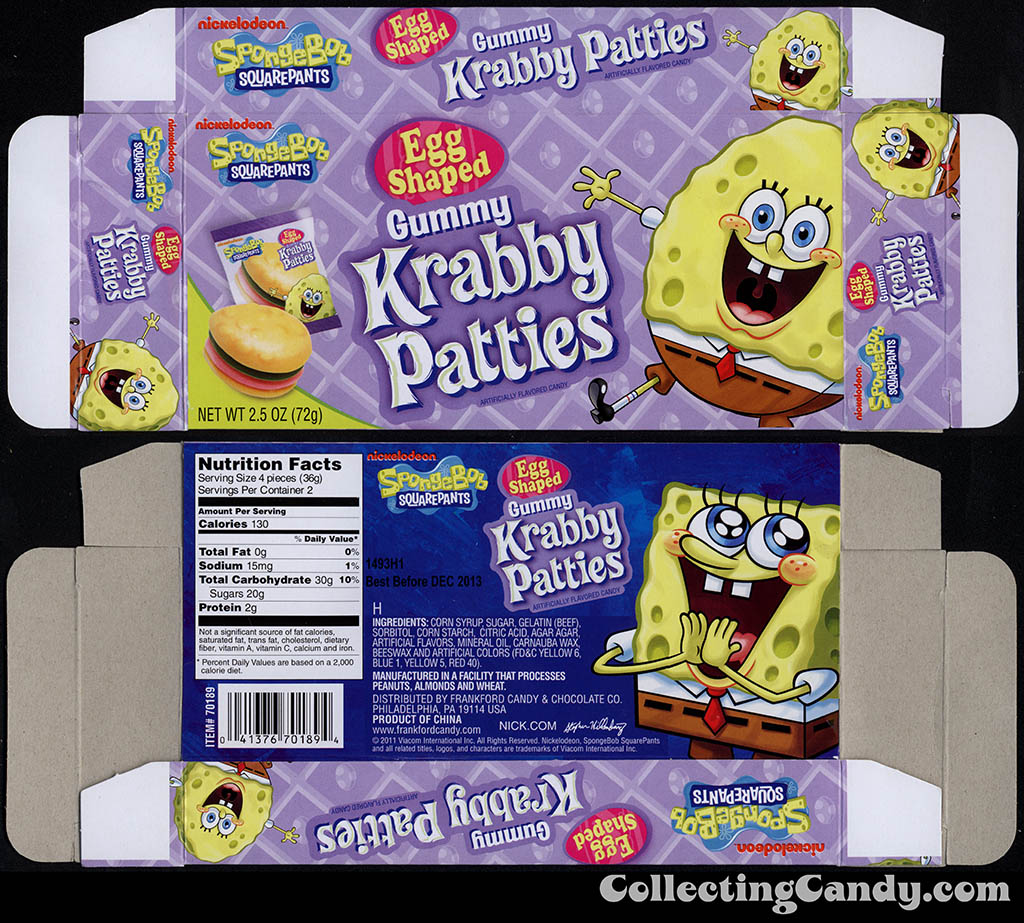 The changes between these two Easter Krabby Patties boxes are subtle – perhaps the most notable change being the inclusion of the word “candy” prominently brought into the name:

Here are two variety of Christmas-themed boxes I’ve found – the earlier a vertically-oriented box with the latter being horizontal: 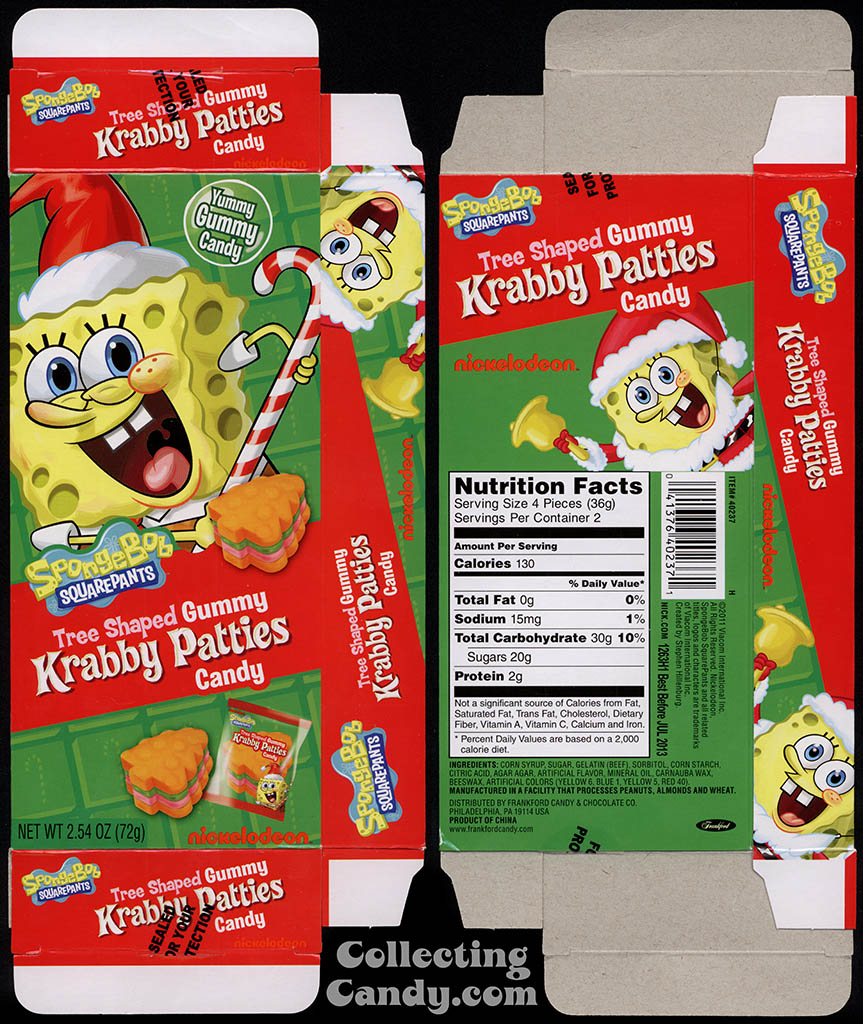 That’s all of the Spongebob Squarepants Gummy Krabby Patties material I’ve got to share today, though I do have one last piece to show.  I picked this next item up last week and it’s actually the one that prompted me to bring together my earlier Spongebob packaging for today’s post.

Also from Frankford, this is a Spongebob take on Ring Pops – Spongebob Squarepants Lollipop Rings: 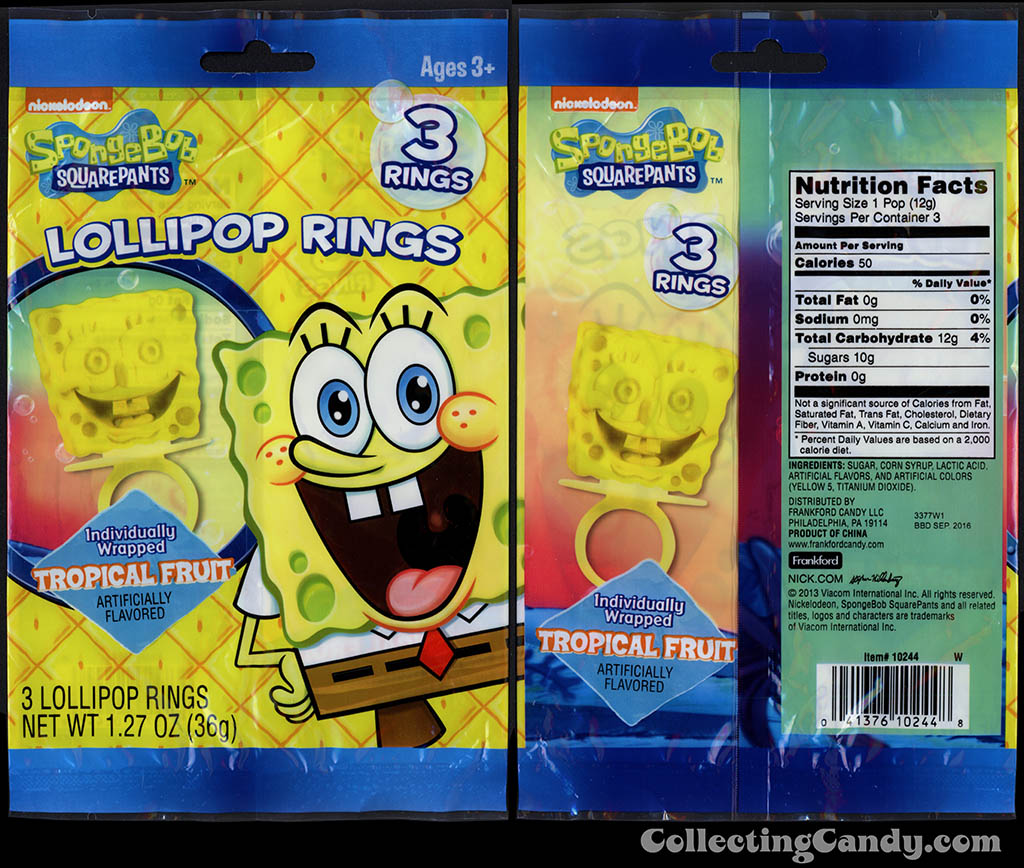 That’s the 3-pack which contained individual lollipop rings and here’s one of the individual packages it contained: 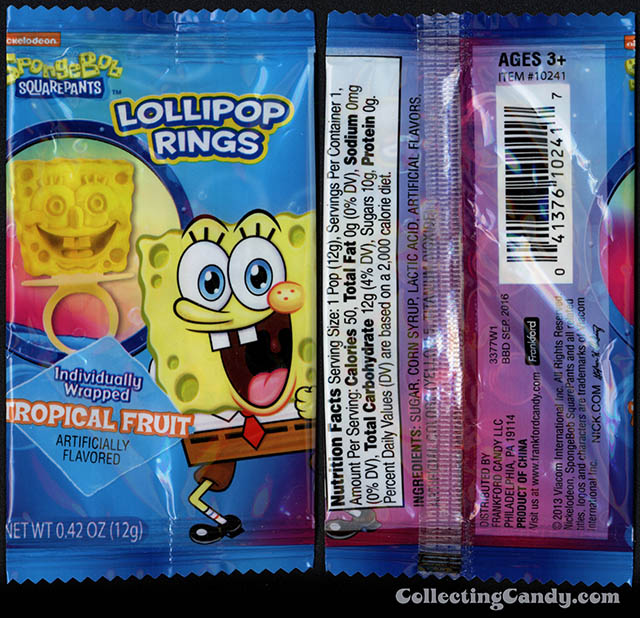 And that’s everything I’ve got to share today on Spongebob Squarepants and his popular lineup of Gummy Krabby Patties candy.  See you next time!

A New York City based writer, editor and sometimes actor. After spending much of the 1990′s in the comic book business helping tell the stories of Marvel Comics’ X-Men as series editor, he has since split his time between developing his own entertainment properties while still consulting and working on others. Having been described as “the Indiana Jones of lost and forgotten candy”, Jason is one of the country’s premier candy collectors and historians with his discoveries appearing in countless blogs, magazines, newspaper articles, and books. Always happy to share his knowledge and unique perspectives on this colorful part of our popular culture, Jason has consulted with New York’s Museum of Food and Drink and has also been a featured guest on Food Network’s Heavyweights, France’s M6 Capital, and New York’s TheActionRoom.com. My Google Profile+
View all posts by Jason Liebig →
This entry was posted in Boxed, Christmas, Easter, Gummies, Holiday and tagged candy collecting, candy collection, candy collector, candy wrapper collection, candy wrapper collector, cartoon, collectible, collecting candy, confectionery, confections, licensed, mascot, Nickelodeon, packaging, Spongebob Squarepants, sweets, television, vintage candy wrapper, wrapper. Bookmark the permalink.