From the Kraft Candy Kitchens of 1962 – Treat Boxes!

I recently had the opportunity to take possession of a really neat group of unused vintage product packaging, all from the 1962-1963 period.  Originally saved by a salesman from the Marathon printing company, they were used to showcase the kinds of packages his company could provide to clients.  Among these 50-year-old package samples was a fantastic assortment of six candy boxes made to hold a variety of treats from the Kraft Candy Kitchens!

Packaging from this era can be a bit plain at times, but it can also be incredibly fun.  Today I get to showcase a sampling of the latter.  During a time when product marketing was just beginning to go national and television was becoming a significant vehicle to reach consumers – these packages evoke an early kids’ show feel to them.  Each one features an illustrated child on the front of the box presenting an open door – actually a cellophane window which would have showcased the candy contents for potential consumers.

Both the fronts and backs feature wonderful period commercial artwork that is, in my opinion, worthy of appreciation.  In an age of computer layout and Photoshop magic, I will always marvel at what was produced back then.   Here they are: 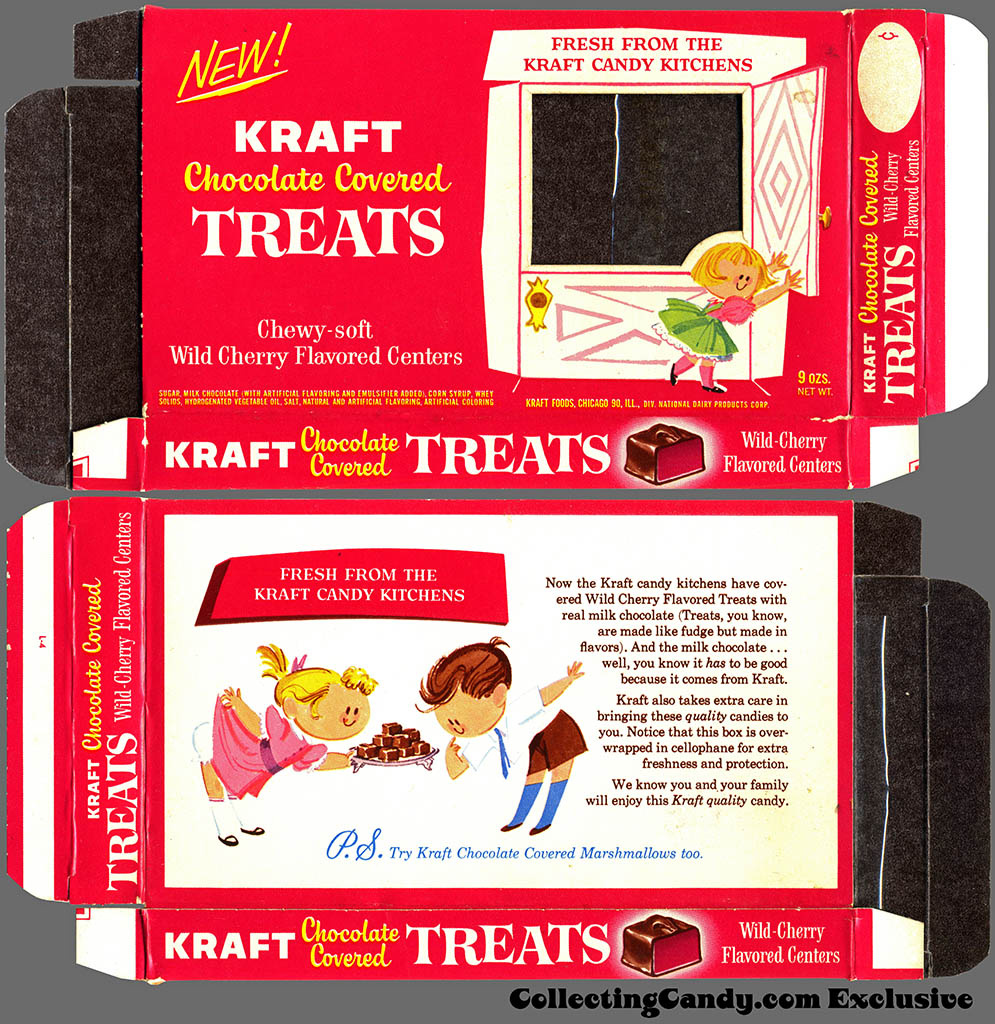 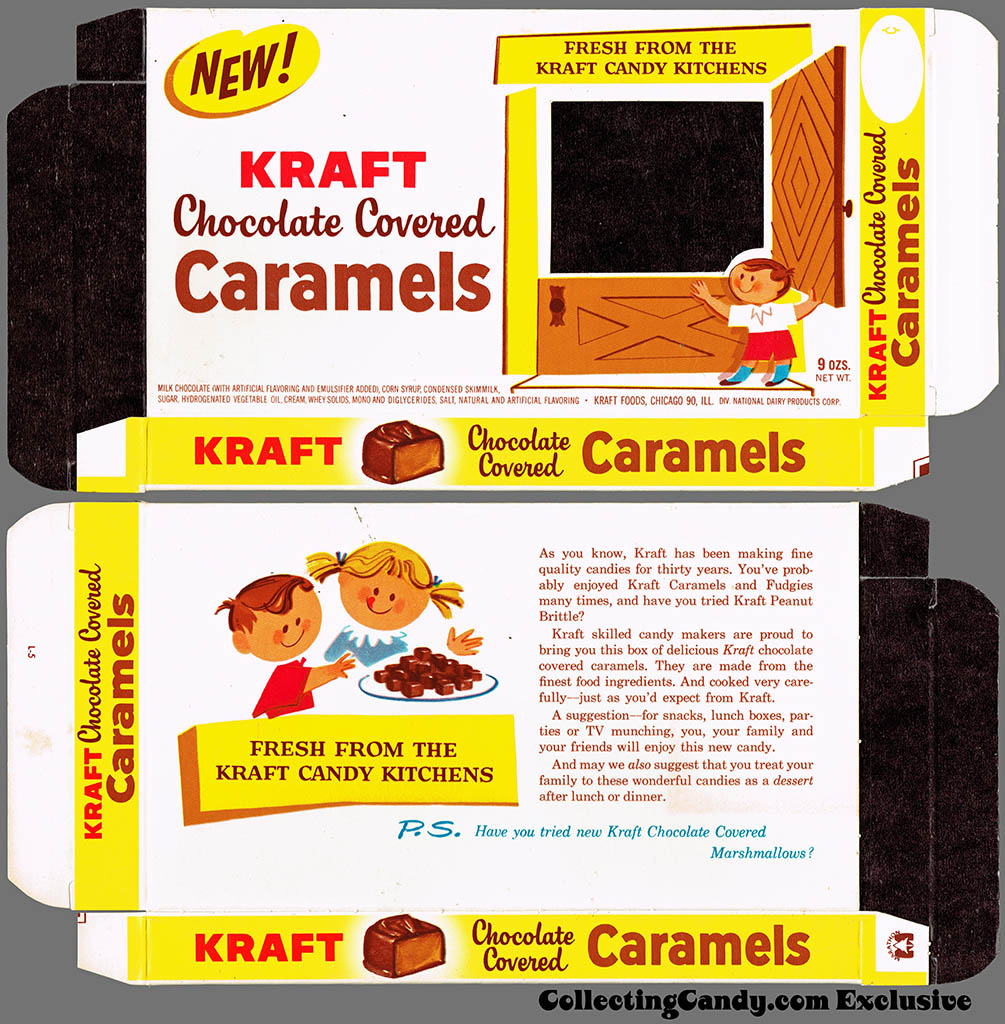 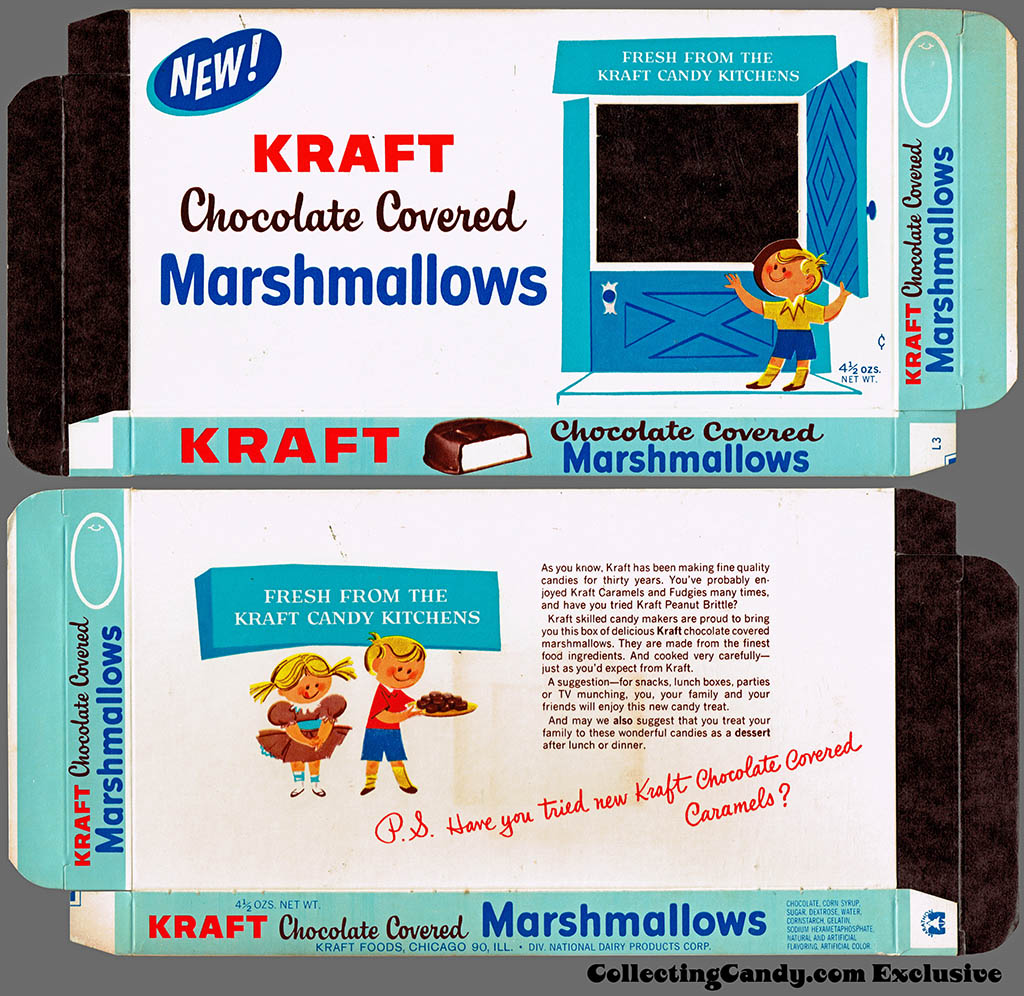 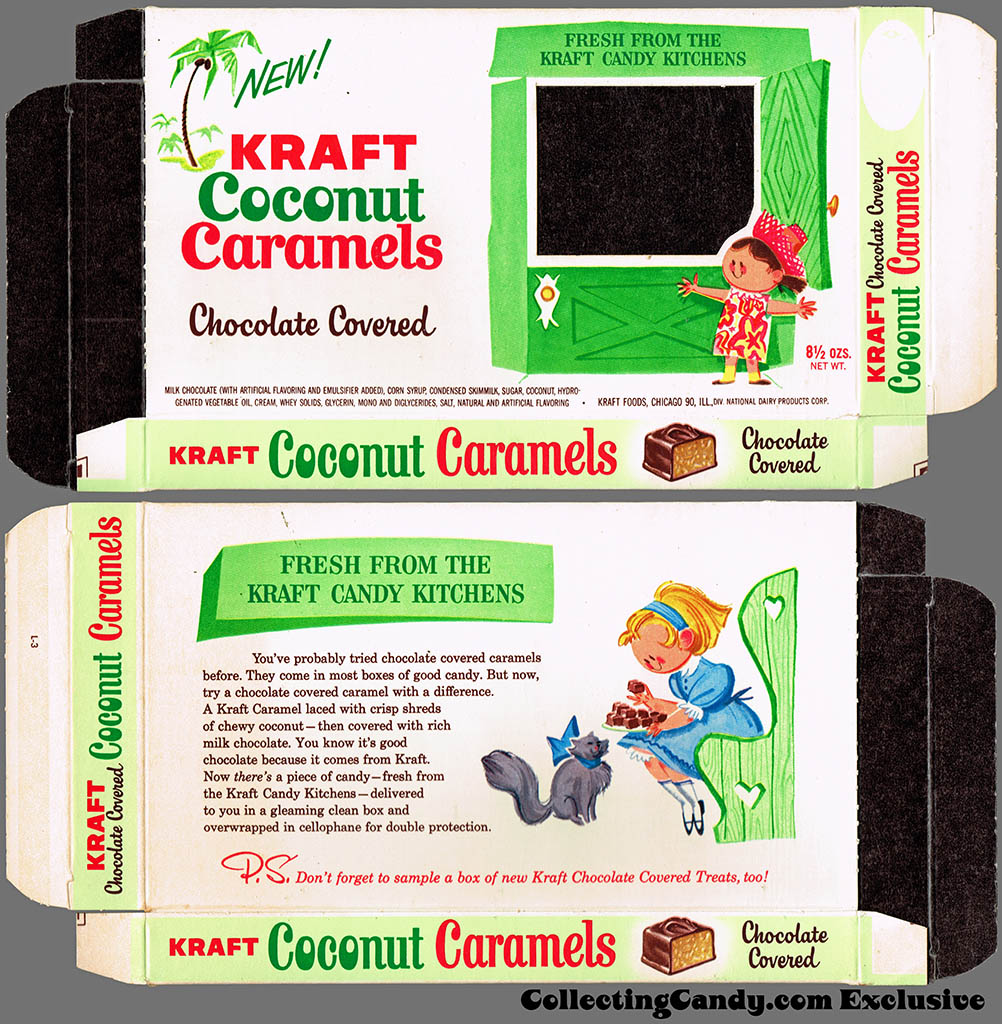 Lovely stuff that hearkens back to a simpler time in how candy was packaged and marketed.  And that’s everything for today’s post.

A New York City based writer, editor and sometimes actor. After spending much of the 1990′s in the comic book business helping tell the stories of Marvel Comics’ X-Men as series editor, he has since split his time between developing his own entertainment properties while still consulting and working on others. Having been described as “the Indiana Jones of lost and forgotten candy”, Jason is one of the country’s premier candy collectors and historians with his discoveries appearing in countless blogs, magazines, newspaper articles, and books. Always happy to share his knowledge and unique perspectives on this colorful part of our popular culture, Jason has consulted with New York’s Museum of Food and Drink and has also been a featured guest on Food Network’s Heavyweights, France’s M6 Capital, and New York’s TheActionRoom.com. My Google Profile+
View all posts by Jason Liebig →
This entry was posted in 1960's, Boxed, Chocolate and tagged 1960's candy, 1960's packaging, 60's candy, candy collecting, candy collection, candy collector, candy wrapper collection, candy wrapper collector, coconut, collectible, collecting candy, confectionery, confections, Kraft, marshmallow, packaging, sweets, vintage candy wrapper, wrapper. Bookmark the permalink.

2 Responses to From the Kraft Candy Kitchens of 1962 – Treat Boxes!