I’ve often talked about how I love oddball or specialty flavor spin-offs of classic brands.  From fruit-flavored Milk Duds to cinnamon hot Dots, there’s something I find particularly compelling about these releases, and I’m always pleased when new ones come out.  So I’m understandably excited that Spangler has released a whole assortment of specialty Dum-Dum holiday flavor pops for this year’s Christmas season!

Sold in a ten ounce bag, the packaging is similar to their standard effort but clearly announces that this is a holiday assortment: 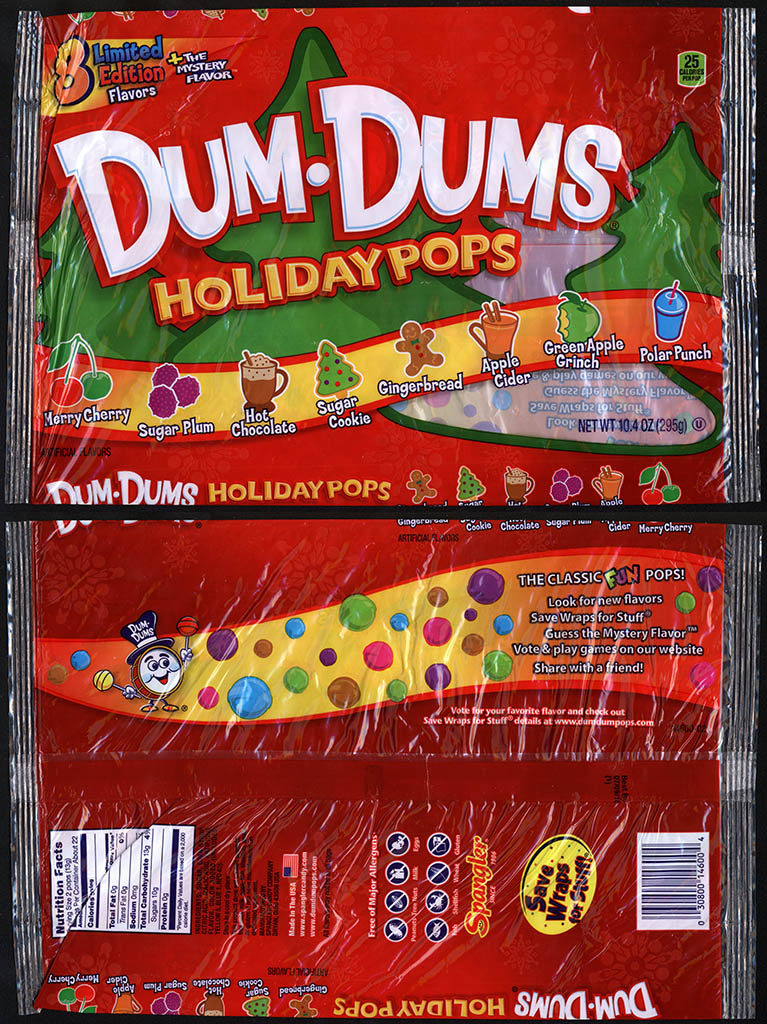 The outer package highlights the holiday flavors found inside the package, and there are eight different pops in the variety, though the assortment also include a ninth pop – the standard Dum-Dum Mystery Flavor.

As is the standard for Dum-Dums, each flavor pop  has its own individually designed wrapper.  They’re all fun, though my favorite of the bunch is probably the gingerbread.  [Note: This would seem to bring home the idea that 2013 is the year of the gingerbread-flavored candy.]  Here it is: 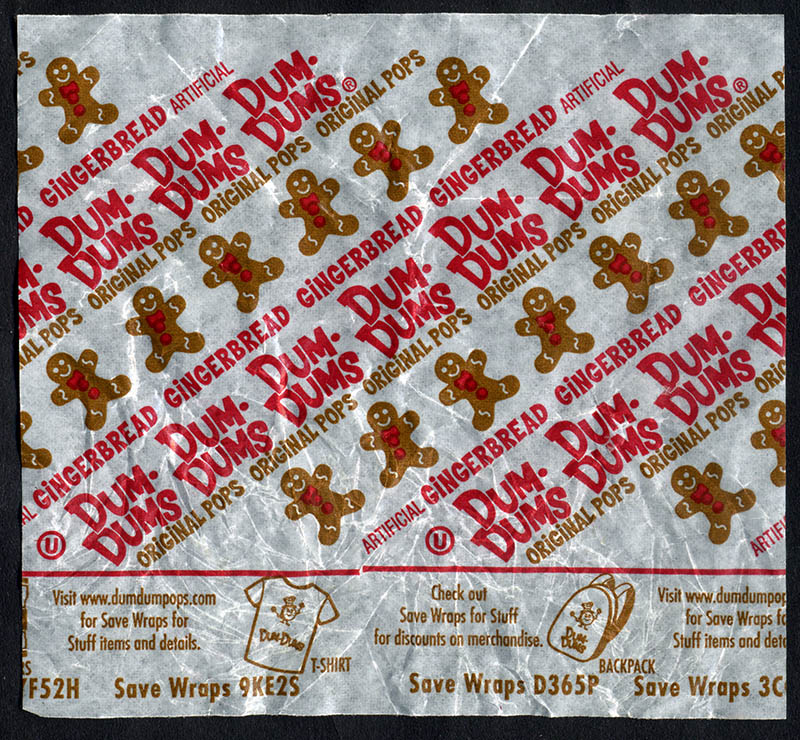 Here are the rest of the specialty flavor wrappers, closing with the standard mystery flavor: 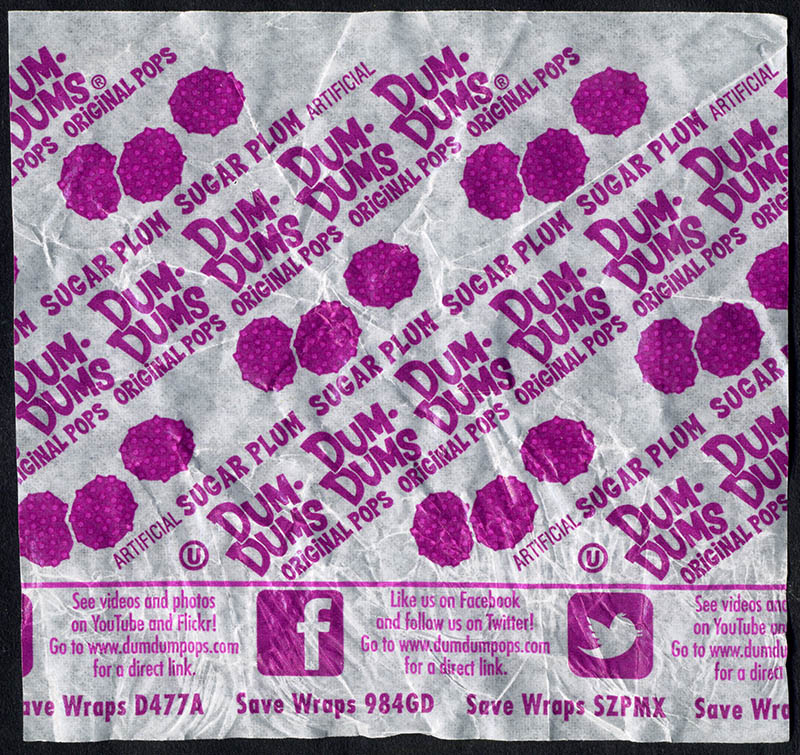 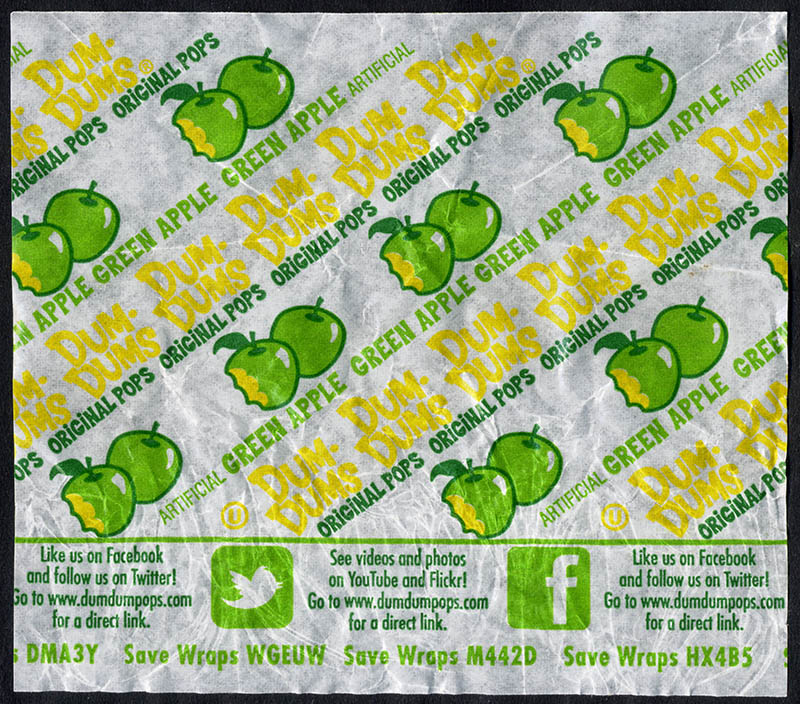 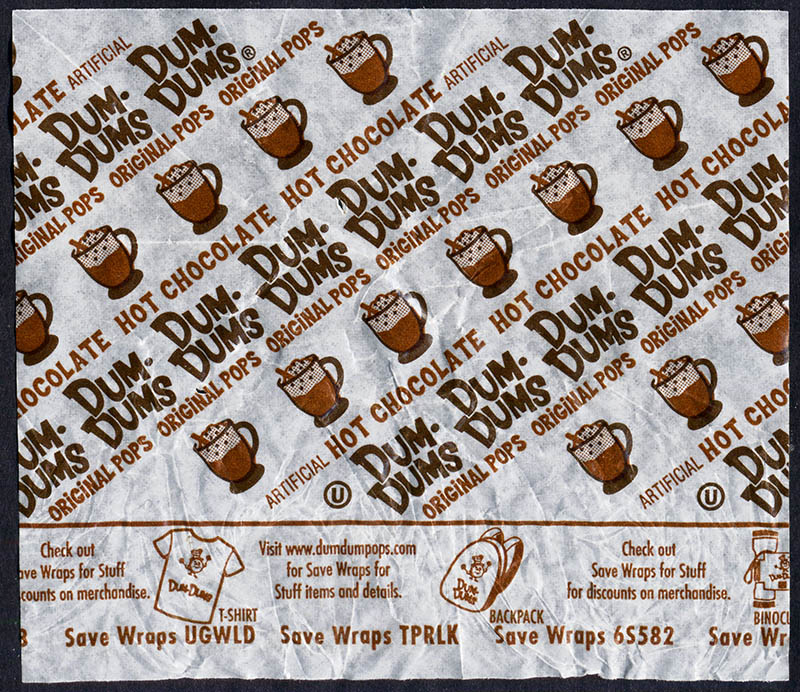 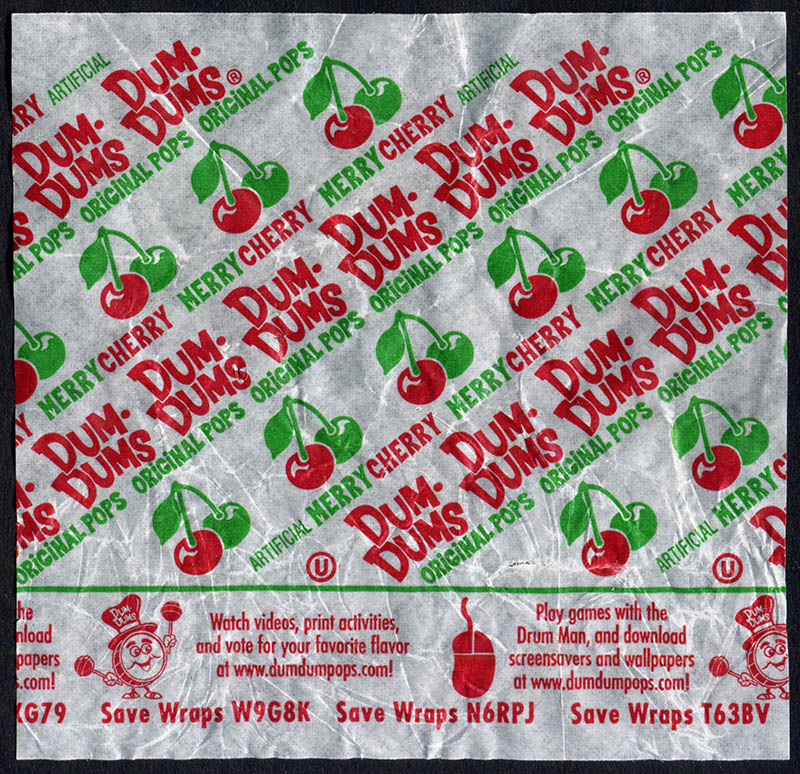 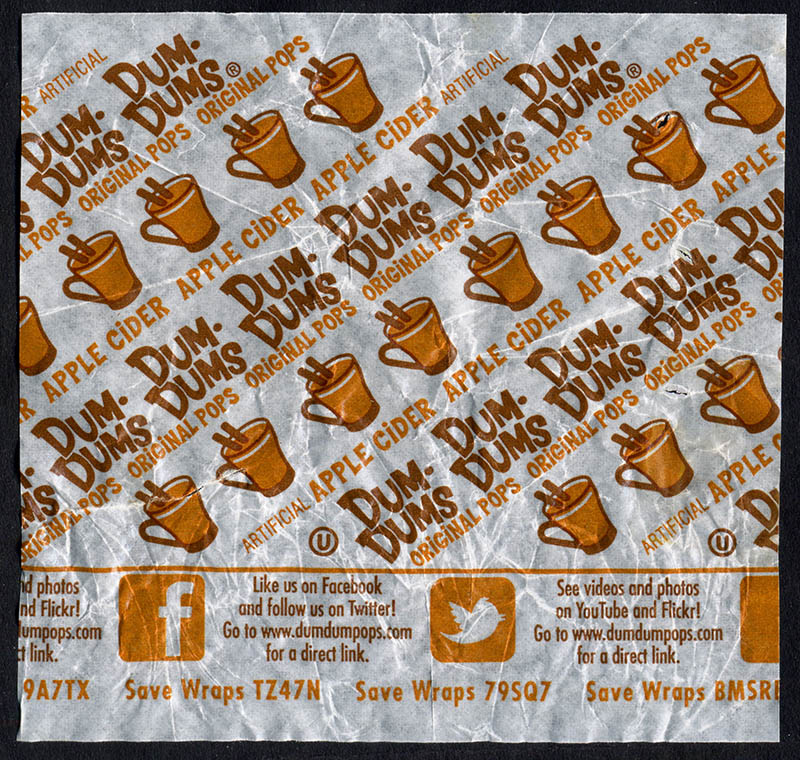 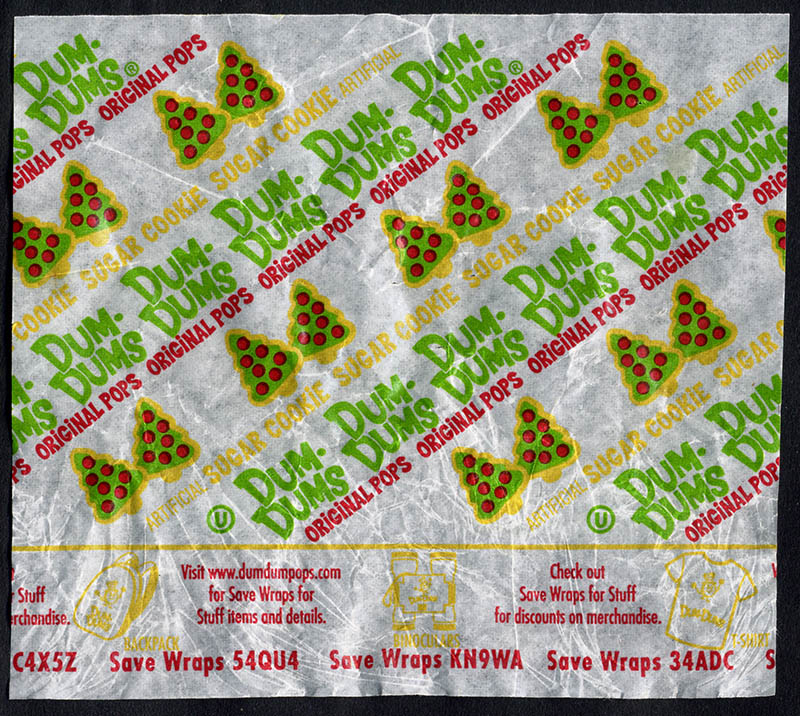 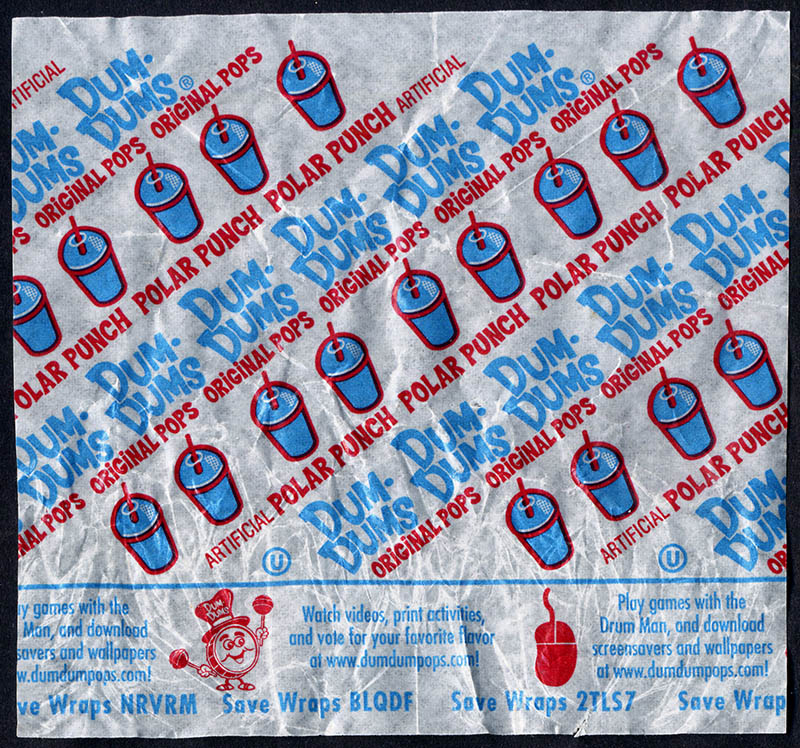 Those are all eight of the specialty holiday flavor wrappers.  To close out, here is the Mystery Flavor which I think is the same wrapper that is found in non-holiday assortments: 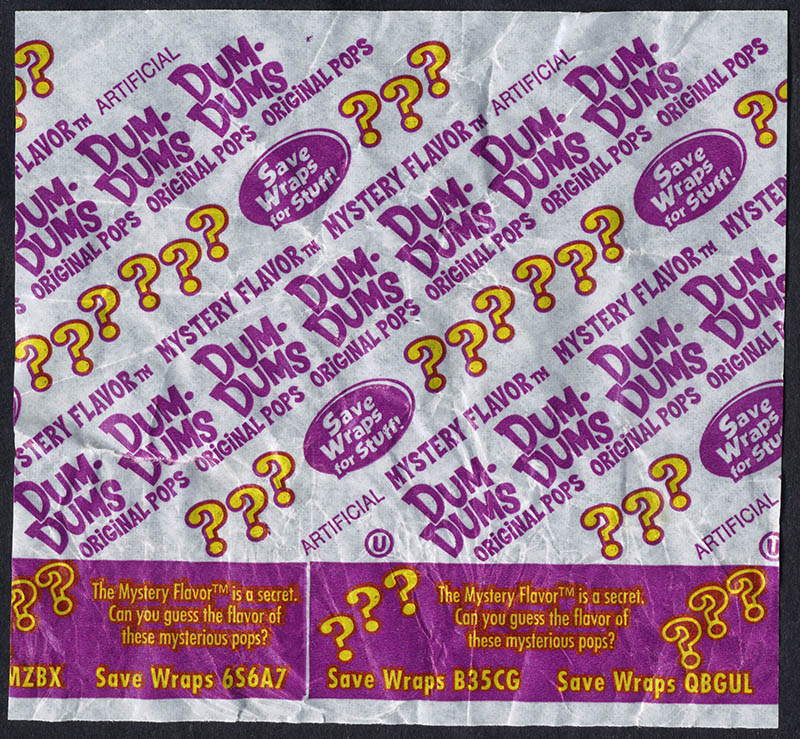 The Dum-Dums holiday pops assortment is a brand new seasonal specialty edition for 2013, but I don’t think we’ve seen the last of it.   I think it’s a knockout concept and I am confident that these will return next year and become an annual tradition in the years that follow.

That’s everything for today’s entry in our Twelve Days of Christmas!  See you next time!

A New York City based writer, editor and sometimes actor. After spending much of the 1990′s in the comic book business helping tell the stories of Marvel Comics’ X-Men as series editor, he has since split his time between developing his own entertainment properties while still consulting and working on others. Having been described as “the Indiana Jones of lost and forgotten candy”, Jason is one of the country’s premier candy collectors and historians with his discoveries appearing in countless blogs, magazines, newspaper articles, and books. Always happy to share his knowledge and unique perspectives on this colorful part of our popular culture, Jason has consulted with New York’s Museum of Food and Drink and has also been a featured guest on Food Network’s Heavyweights, France’s M6 Capital, and New York’s TheActionRoom.com. My Google Profile+
View all posts by Jason Liebig →
This entry was posted in Christmas, Holiday, Uncategorized and tagged candy collecting, candy collection, candy collector, candy wrapper collection, candy wrapper collector, Christmas, collectible, collecting candy, confectionery, confections, Dum-Dum, holiday, limited edition, lollipops, packaging, pops, Spangler, sweets, vintage candy wrapper, wrapper. Bookmark the permalink.