Happy 50th Anniversary Doctor Who – with Jelly Babies and More!

Today the BBC celebrates the 50th Anniversary of the classic television show Doctor Who.  Like countless others around the globe, I’ll be sitting down the join the Doctor(s) for what I hope will be one of his greatest adventures yet.  In celebration of this occasion, I thought it would be fun to dedicate a post to the candy packages I’ve collected due to my personal love of Doctor Who.

Growing up in the United States, I wasn’t immediately familiar with Doctor Who.  My earliest encounters with the character came in the late 1970’s through the pages of Starlog magazine and I was immediately drawn to his strange appearance (this was during the run of Tom Baker’s Doctor).  A couple of years later I would see my first Tom Baker Doctor Who adventures broadcast on our PBS station and much like the Doctor’s own obsession with a confection he called “jelly babies”, I was hooked.

Those early viewings kicked-off my personal love of the Doctor Who franchise that has now lasted 35 years.  These days Doctor Who is more popular and more global than ever – which as a longtime fan is a pretty cool thing to see.

As a candy collector, I’ve delighted in tracking down pieces connected to Doctor Who and today I’d like to share them.

The most obvious piece in my collection with a Who connection is a UK Nestle wrapper for a bar sold during the Tom Baker run.  This was part of a series, each which sported a different character on the back.  I’ve only ever managed to acquire one of these for my personal collection and here it is: 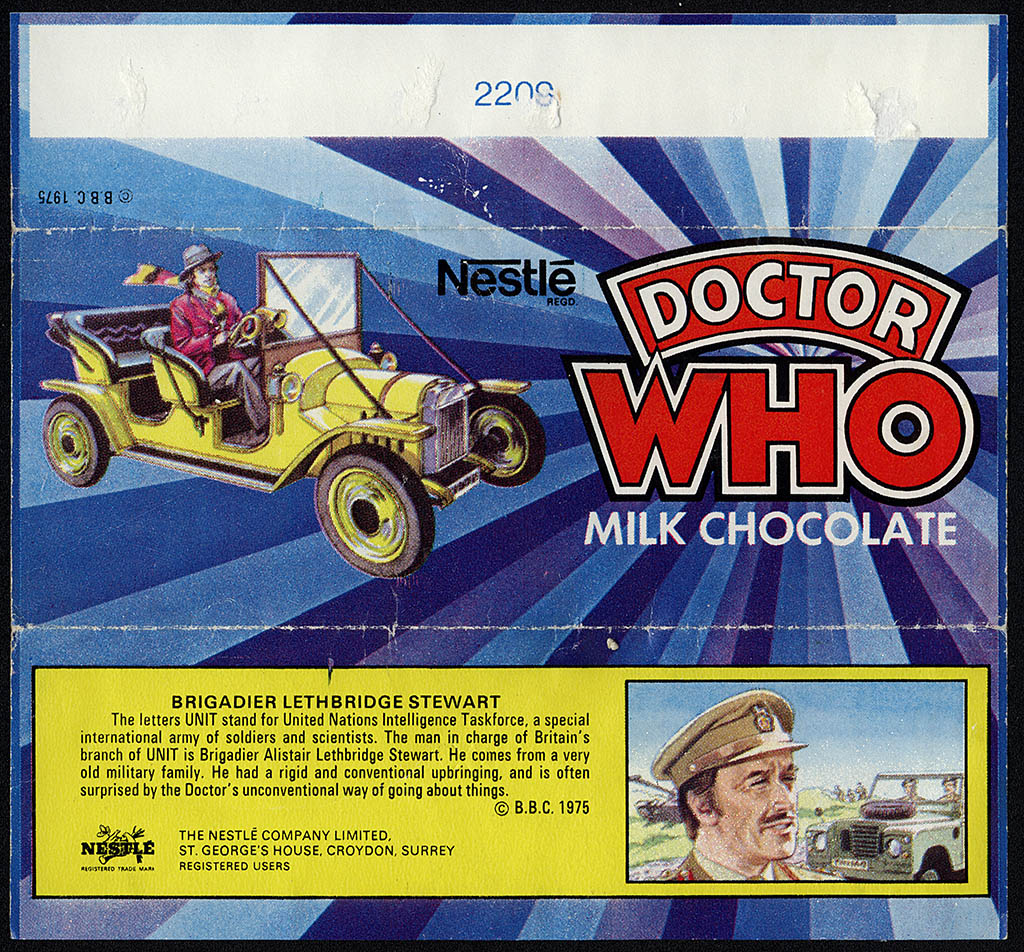 In addition to the Tom Baker-era Nestle bars, there were also an earlier series released by in conjunction with Jon Pertwee’s Doctor.  Though I don’t have any of those wrappers in my collection, I do have this image of one: 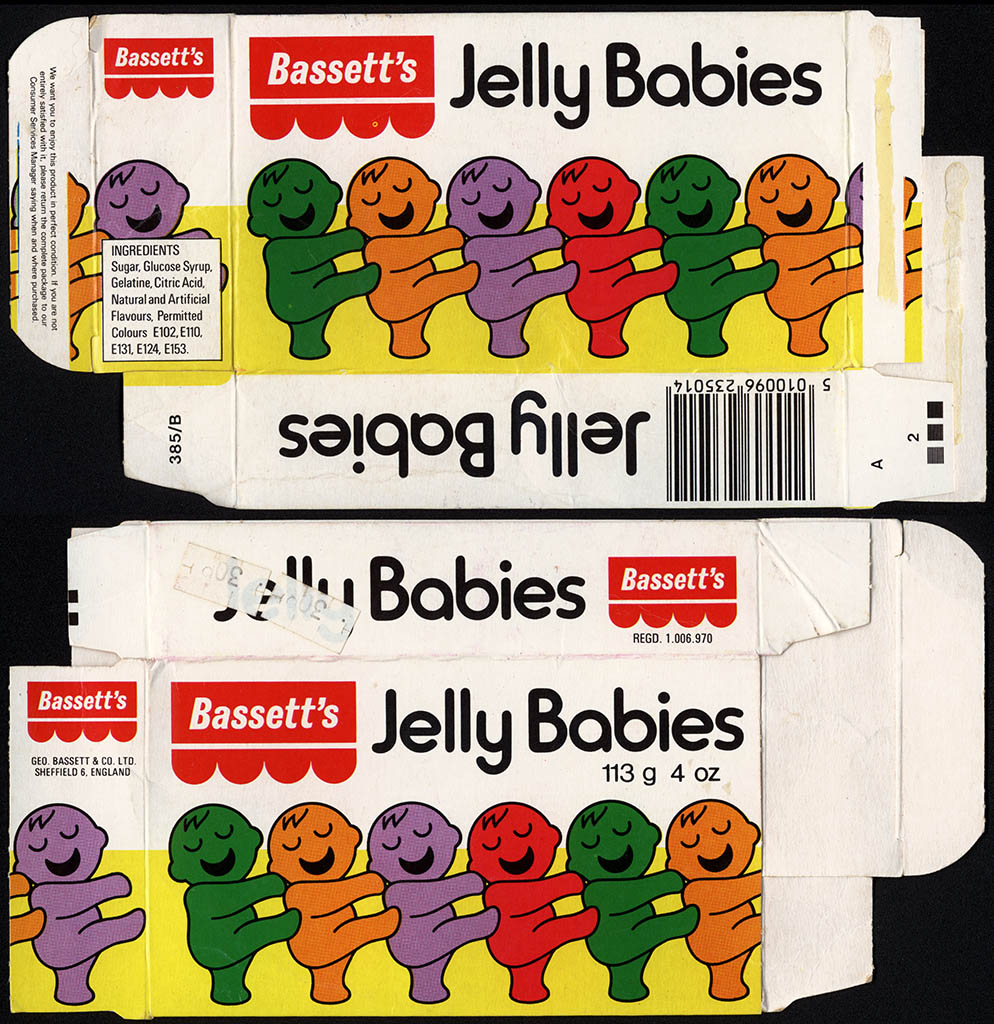 It’s easy for me to imagine the Doctor emptying one of these boxes into the plain brown bag he kept in his jacket pocket for later Jelly Baby distribution. 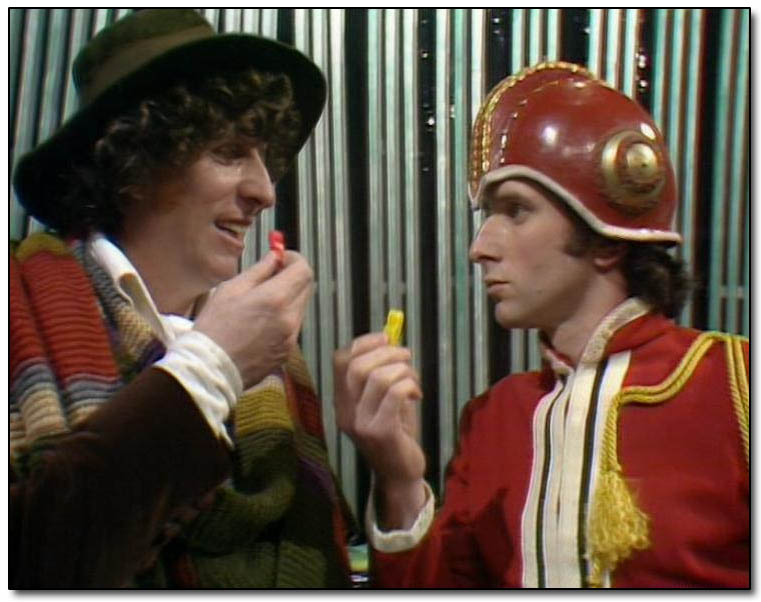 Doctor Who – Tom Baker – and his Jelly Babies

That 1970’s Jelly Babies design carried on into the 1980’s, as can be seen on this pair of packages: 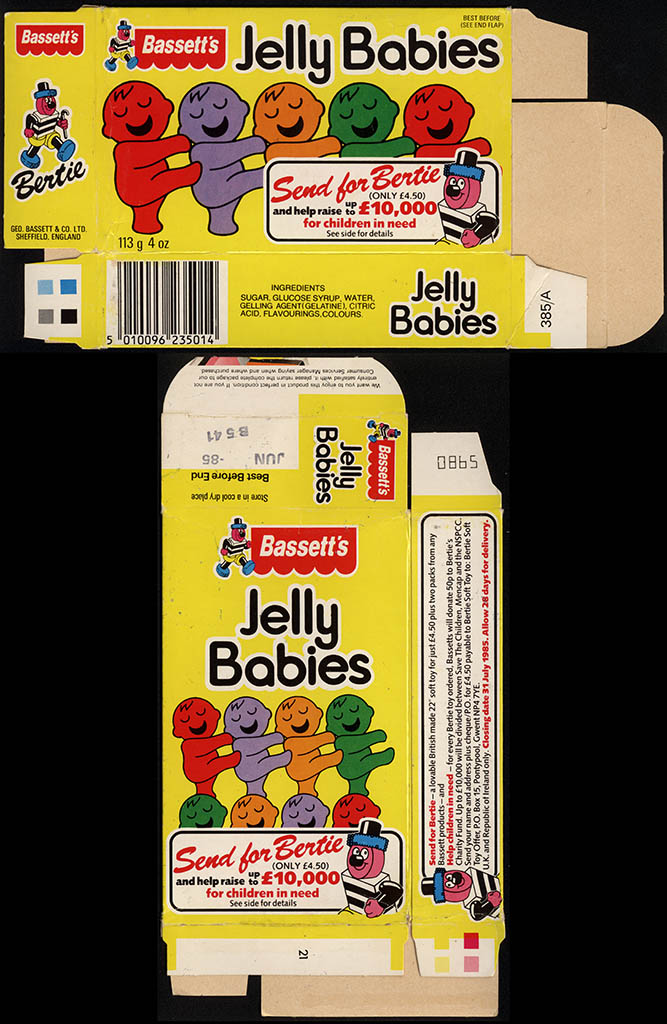 Bassett’s still sells Jelly Babies though the package design is quite different now (my apologies for not including a modern package – I have one but couldn’t locate it for today’s column).

In spite of their association, I don’t believe Bassett’s or any other company has ever produced an official Doctor Who edition of them or had any Who promotional tie-ins.  You’d think it would be an obvious way to go – and it would certainly make for an appealing bit of packaging, that’s for sure!   Maybe someday.

And that’s everything for today’s post.  See you next time – and Happy Birthday Doctor!!

A New York City based writer, editor and sometimes actor. After spending much of the 1990′s in the comic book business helping tell the stories of Marvel Comics’ X-Men as series editor, he has since split his time between developing his own entertainment properties while still consulting and working on others. Having been described as “the Indiana Jones of lost and forgotten candy”, Jason is one of the country’s premier candy collectors and historians with his discoveries appearing in countless blogs, magazines, newspaper articles, and books. Always happy to share his knowledge and unique perspectives on this colorful part of our popular culture, Jason has consulted with New York’s Museum of Food and Drink and has also been a featured guest on Food Network’s Heavyweights, France’s M6 Capital, and New York’s TheActionRoom.com. My Google Profile+
View all posts by Jason Liebig →
This entry was posted in 1970's, 1980's, British and tagged 1970's candy, 70's candy, BBC, candy collecting, candy collection, candy collector, candy wrapper collection, candy wrapper collector, collectible, collecting candy, confectionery, confections, Doctor Who, Dr Who, Jelly Babies, Jelly Baby, licensed, packaging, sweets, Tom Baker, vintage candy wrapper, wrapper. Bookmark the permalink.