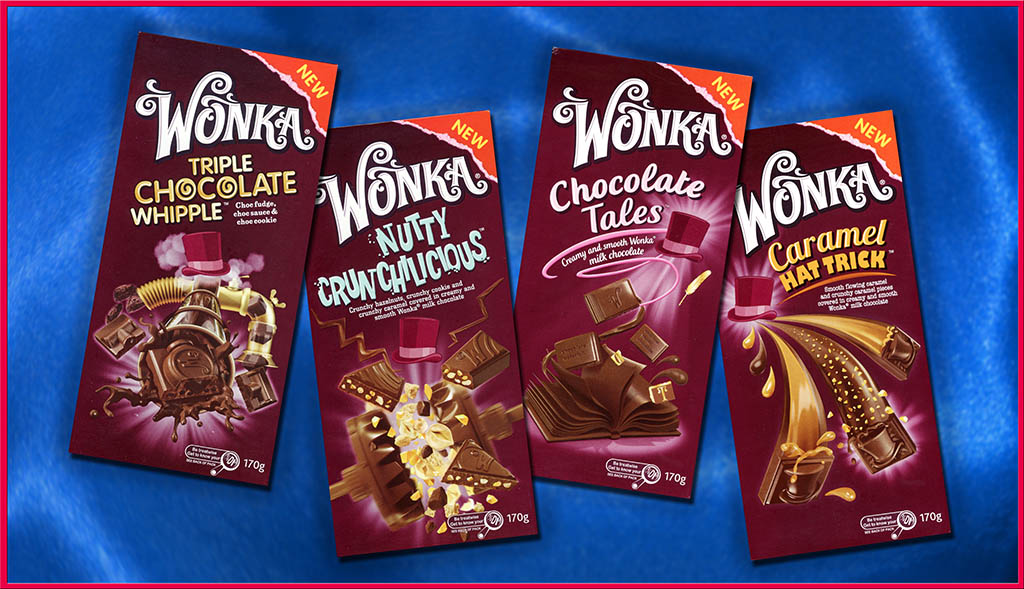 Wonka is one of my favorite brands so I take notice even when they release something really neat on the other side of the planet.  Such was the case when the Australia-New Zealand arm of Nestle released a quartet of groovy new Wonka bars for 2013.

These are boxed bar offerings that at first glance could easily be confused with the recently-discontinued Wonka Exceptionals product line that was sold here in the United States.  The names and flavors presented are certainly inline with the approach that Nestle took to the Exceptionals line while the artwork and design all play to the Willy Wonka mythology, even including the trademark top hat on each.

Here are scans of the four boxes (the inner gold foil wrappers holding the chocolate were nondescript).  I encourage you to read the descriptions on the back of each package – these are pretty novel chocolate bars! 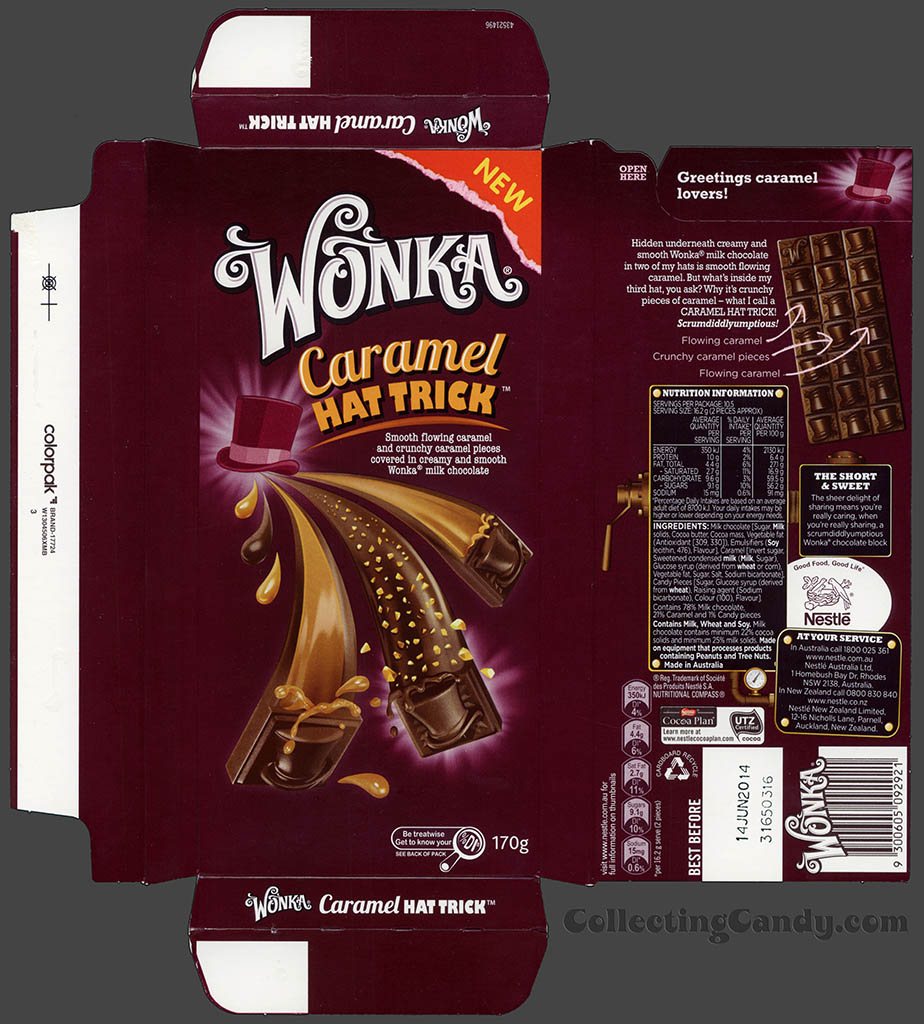 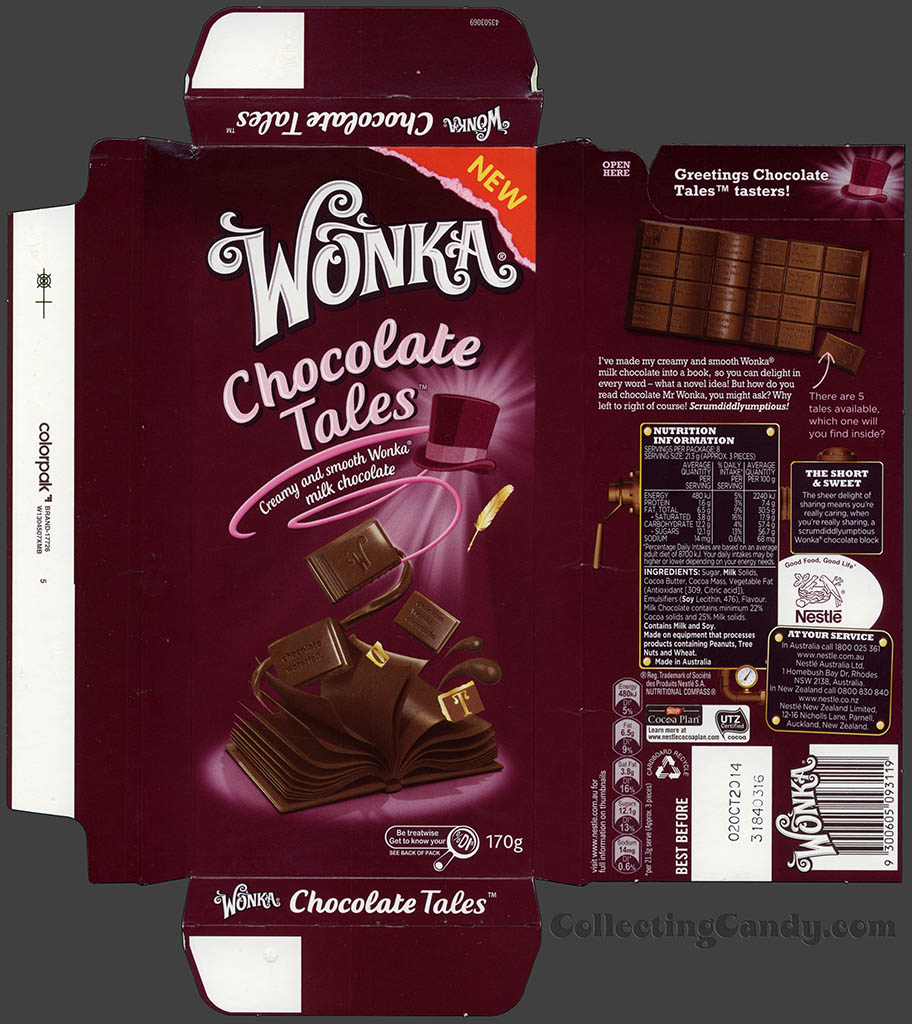 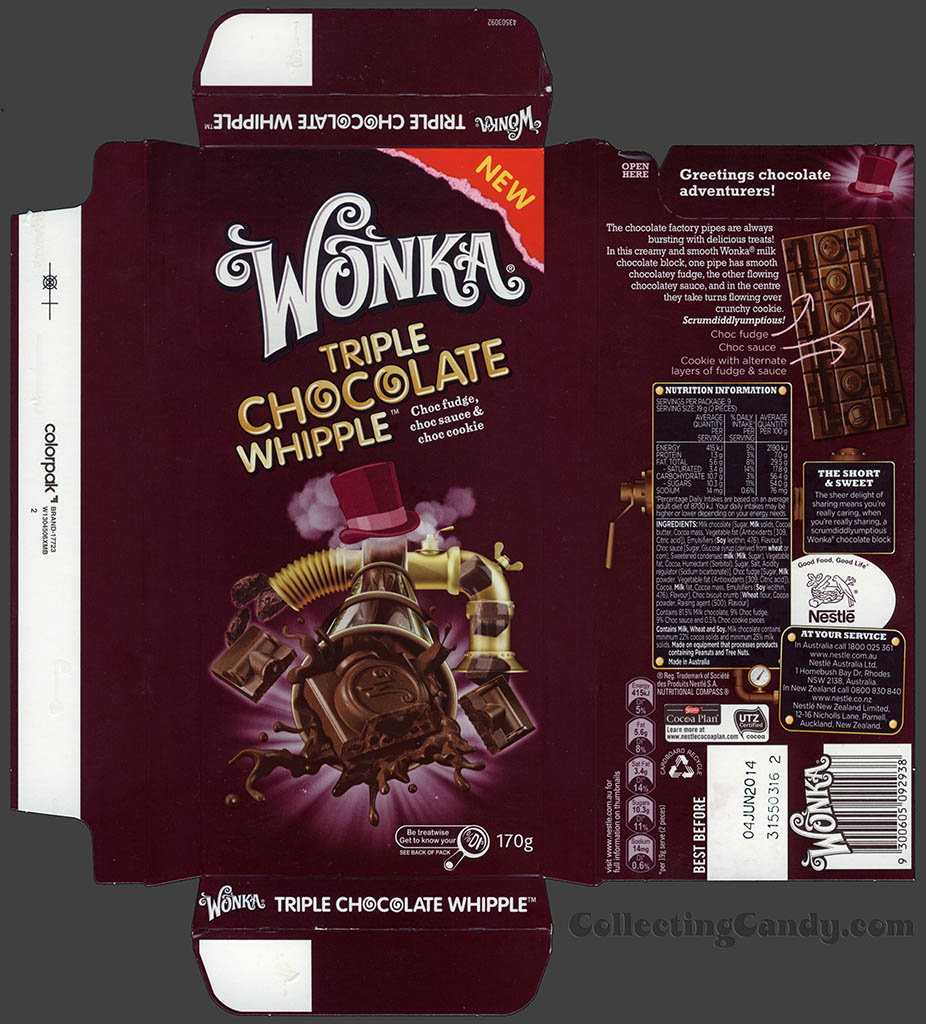 Those are great looking packages, aren’t they?  The bars they contained were all pretty delicious, too!  Too bad we aren’t getting these in the United States.

I should note that this year also saw the introduction of new Wonka bars in the United Kingdom, and those are ones I have yet to track down but when I do I’ll be covering them here.

Special thanks to my pal in New Zealand, Steven Williams, who tracked down and shipped these to me.

A New York City based writer, editor and sometimes actor. After spending much of the 1990′s in the comic book business helping tell the stories of Marvel Comics’ X-Men as series editor, he has since split his time between developing his own entertainment properties while still consulting and working on others. Having been described as “the Indiana Jones of lost and forgotten candy”, Jason is one of the country’s premier candy collectors and historians with his discoveries appearing in countless blogs, magazines, newspaper articles, and books. Always happy to share his knowledge and unique perspectives on this colorful part of our popular culture, Jason has consulted with New York’s Museum of Food and Drink and has also been a featured guest on Food Network’s Heavyweights, France’s M6 Capital, and New York’s TheActionRoom.com. My Google Profile+
View all posts by Jason Liebig →
This entry was posted in Chocolate, Nestle, Wonka and tagged Australia, candy collecting, candy collection, candy collector, candy wrapper collection, candy wrapper collector, collectible, collecting candy, confectionery, confections, New Zealand, packaging, sweets, vintage candy wrapper, Wonka, wrapper. Bookmark the permalink.